Putting a Face on a Robot

A new study finds that older and younger people have different opinions about what they would want a personal robot to look like. 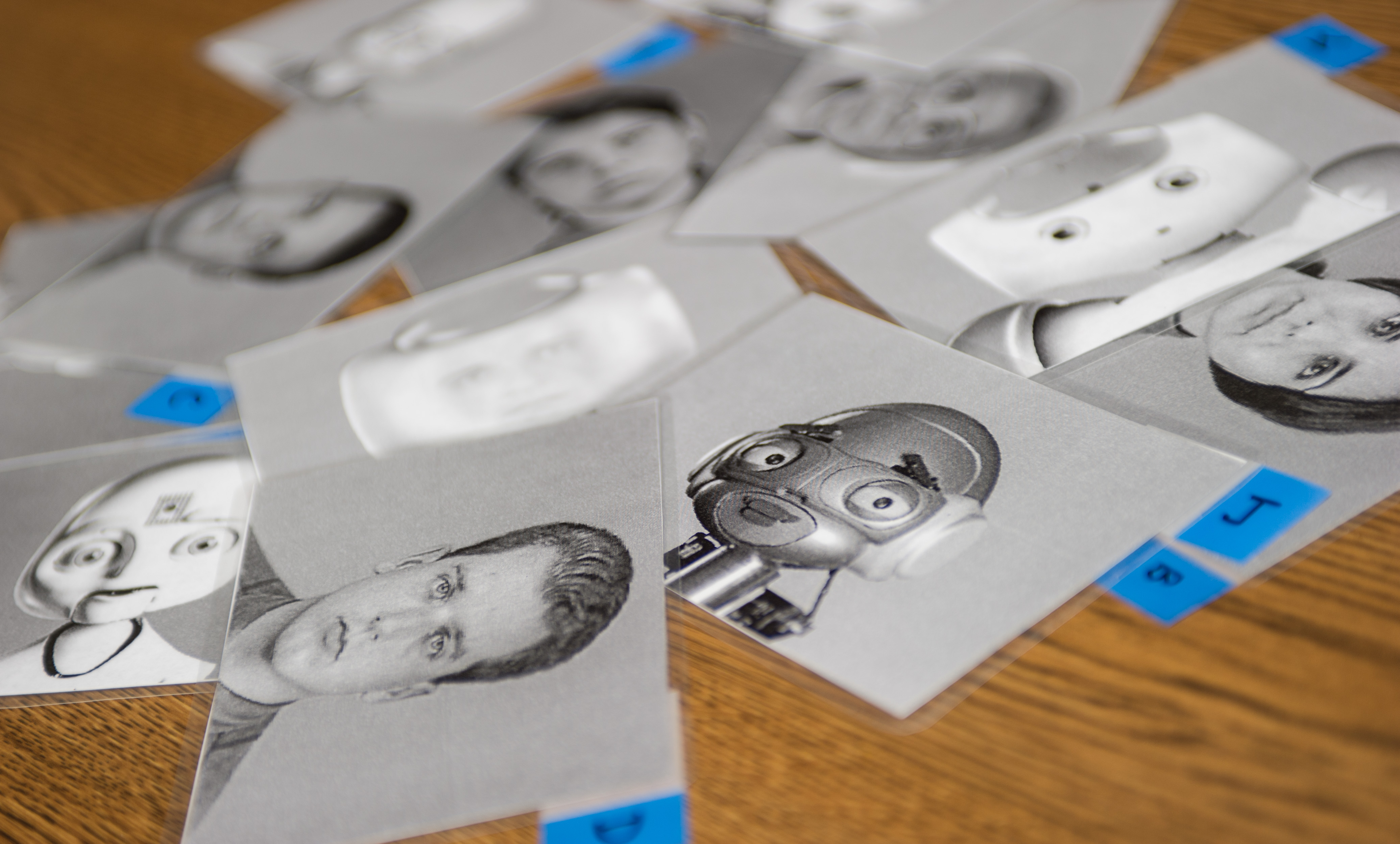 What does the assistive robot of the future look like? It depends.

A new study from the Georgia Institute of Technology finds that older and younger people have varying preferences about what they would want a personal robot to look like. And they change their minds based on what the robot is supposed to do.

Participants were shown a series of photos portraying either robotic, human or mixed human-robot faces and were asked to select the one that they would prefer for their robot’s appearance. Most college-aged adults in the study preferred a robotic appearance, although they were also generally open to the others. However, nearly 60 percent of older adults said they would want a robot with a human face, and only 6 percent of them chose one with a mixed human-robot appearance. But the preferences in both age groups wavered a bit when participants were told the robot was assisting with personal care, chores, social interaction or for helping to make decisions.

“We found that participants, both younger and older, will assign emotional traits to a robot based on its face, which will determine what they are most comfortable interacting with,” said Akanksha Prakash, a School of Psychology graduate student who led the study. “As a result, preferences for robotic appearance varied across tasks.”

Preferences were less strong for helping with chores, although the majority of older and younger participants chose a robot with a robotic face. But for decision-making tasks, such as getting advice for where to invest money, younger participants tended to select a mixed human-robot appearance. A robotic face was their least favored choice for this task. Older adults generally preferred a human face.

“Those who selected a mixed face perceived the robot as more intelligent, smarter or wiser than one with a ‘cute’ robotic face. Perceived intelligence in appearance was an important assessment criterion for receiving assistance with decision-making tasks,” said Prakash.

Personal care tasks such as bathing provoked the most divisive preferences within both age groups. Those who chose a human face did so because they associated the robot with human-like care capabilities – such as nursing ­– and trustworthy traits. Many others didn’t want anything looking like a human to bathe them due to the private nature of the task.

“Sometimes personal care can get pretty involved. Many participants said they would rather have an impersonal looking creature caring for their personal needs,” Prakash said.

In the final category, assistance with social tasks, both age groups preferred a human face for the assistive robot.

Based on this early research, Prakash says that if a robot is designed to help only with a specific task, its appearance should be aligned with the attributes of the task. For instance, if the robot is designed to specifically assist the user with critical decisions, the robot should be given an intelligent look instead of a funny demeanor. However,  if the robot is tasked with a variety of jobs in the home, allowing for appearance customizability might be the best option. She admits that may not be possible. If not, a safer bet would be to design robots with some human-like features but making certain that the overall aesthetics are not discomforting or repulsive to the majority of end users. Prakash plans to expand the study to other age groups and more diverse educational backgrounds.

The findings will be presented this week at the Human Factors and Ergonomics International Annual Meeting in San Diego.

Prakash is advised by Professor Wendy Rogers, who leads Georgia Tech’s Human Factors and Aging Laboratory. The lab’s previous research explored the willingness of older adults to accept robots into their daily lives. Another study asked health care assistants if they wanted a human or robotic assistant. 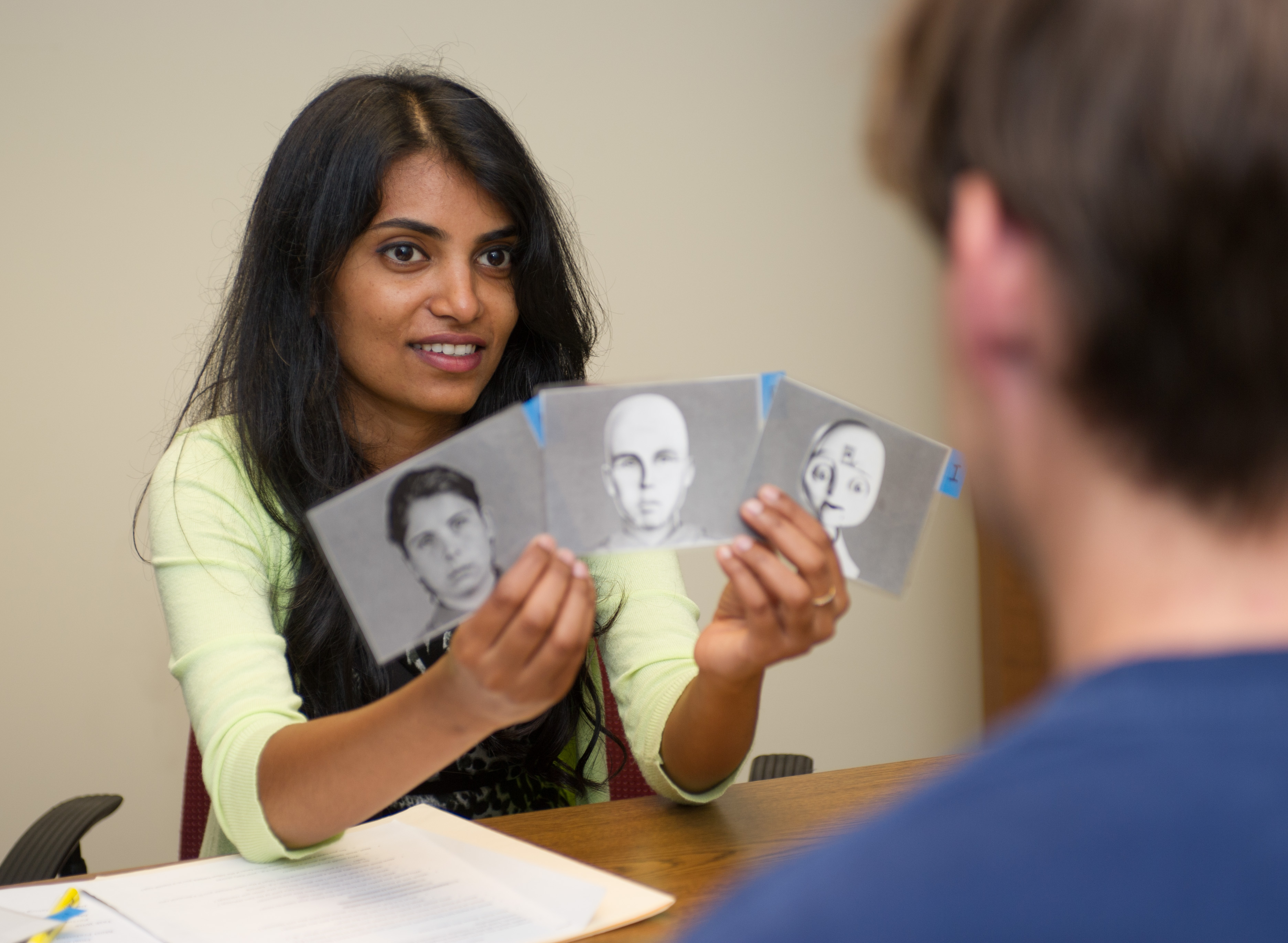 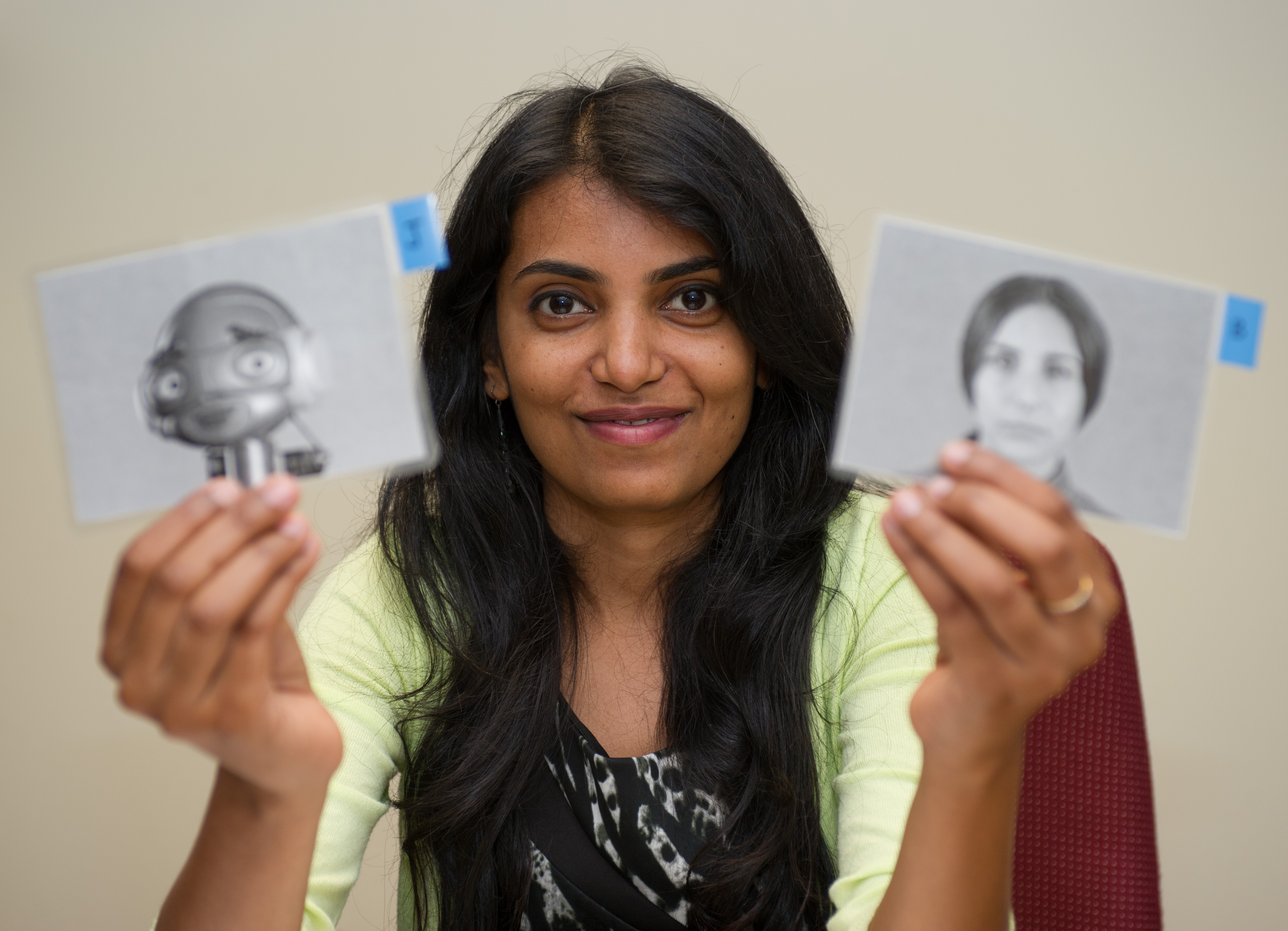 Akanksha Prakash, a graduate student in the School of Psychology, found that people assign emotions to robots, based on their face.