Researchers from Georgia Tech, the University of Tokyo and Microsoft Research have developed a novel method to rapidly and cheaply make electrical circuits by printing them with commodity inkjet printers and off-the-shelf materials. 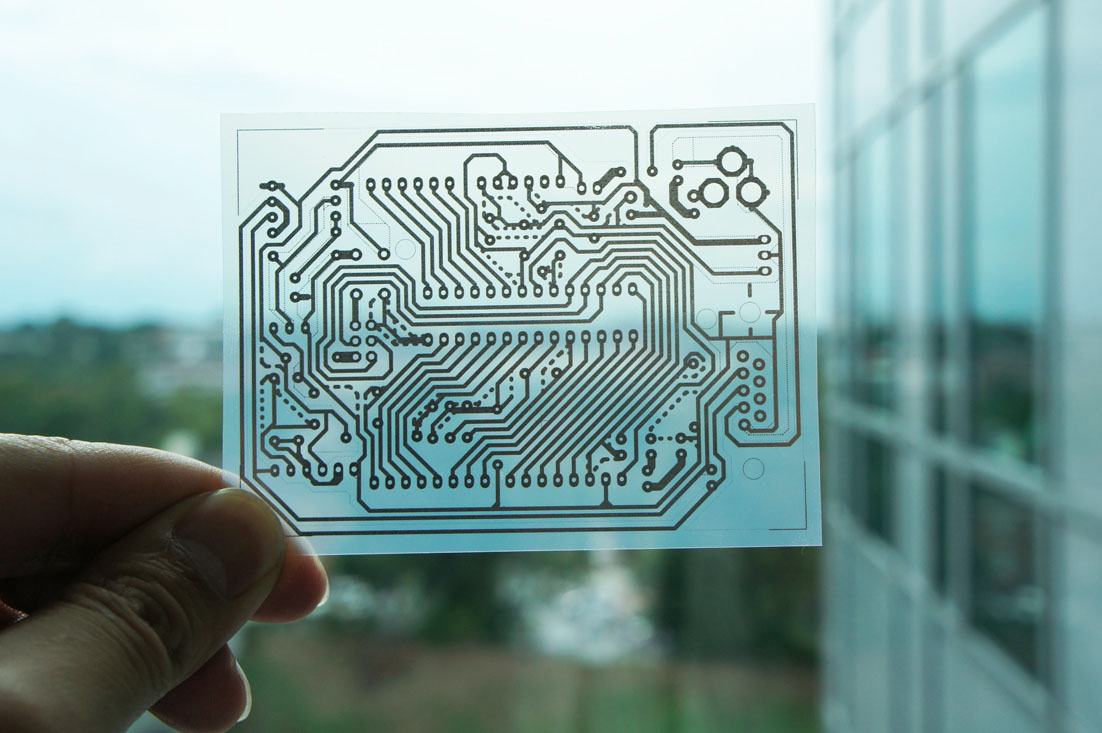 A single-sided wiring pattern for an Arduino micro controller was printed on a transparent sheet of coated PET film.

Researchers from Georgia Tech, the University of Tokyo and Microsoft Research have developed a novel method to rapidly and cheaply make electrical circuits by printing them with commodity inkjet printers and off-the-shelf materials. For about $300 in equipment costs, anyone can produce working electrical circuits in the 60 seconds it takes to print them.

The technique, called instant inkjet circuits, allows the printing of arbitrary-shaped conductors onto rigid or flexible materials and could advance the prototyping skills of non-technical enthusiasts and novice hackers.

“We believe there is an opportunity to introduce a new approach to the rapid prototyping of fully custom-printed circuits,” said Gregory Abowd, Regents’ Professor in the School of Interactive Computing at Georgia Tech and an investigator in the study. “Unlike existing methods for printing conductive patterns, conductivity in our technique emerges within a few seconds and without the need for special equipment.”

Recent advances in chemically bonding metal particles allowed the researchers to use silver nanoparticle ink to print the circuits and avoid thermal bonding, or sintering, a time-consuming and potentially damaging technique due to the heat. Printing the circuits on resin-coated paper, PET film and glossy photo paper worked best. Researchers also made a list of materials to avoid, such as canvas cloths and magnet sheets.

“Everything we introduced in our research is available in the market and makes it possible for people to try this at home,” said Yoshihiro Kawahara, Associate Professor at the University of Tokyo and the primary investigator who developed the methodology while in Atlanta. “The method can be used to print circuit boards, sensors and antennas with little cost, and it opens up many new opportunities.”

To make the technique possible, researchers optimized commercially available tools and materials including printers, adhesive tape and the silver ink. Designing the circuit itself was accomplished with desktop drawing software, and even a photocopy of a drawing can produce a working circuit.

“Using this technology in the classroom, it would be possible to introduce students to basic electronics principles very cheaply, and they could use a range of electronic components to augment the experience,” said Steve Hodges, a team member from Microsoft Research.

To show the capabilities of the new technique for capacitive touch sensing - the interaction prominent in smartphone interfaces - and the flexibility of the printed circuits, the researchers attached a capacitive ribbon with embedded inkjet-printed circuits into a drinking glass. The capacitive ribbon sensor formed to the contour of the glass and, when connected to a micro controller, was able to measure how much liquid was left in the glass.

The details for replicating the process were presented at the 2013 ACM International Joint Conference on Pervasive and Ubiquitous Computing (UbiComp 2013) in Zurich, Switzerland, Sept. 8-12. The research “Instant Inkjet Circuits: Lab-based Inkjet Printing to Support Rapid Prototyping of UbicComp Devices” won a best paper award at the conference and can be found here: http://dl.acm.org/citation.cfm?id=2493486. 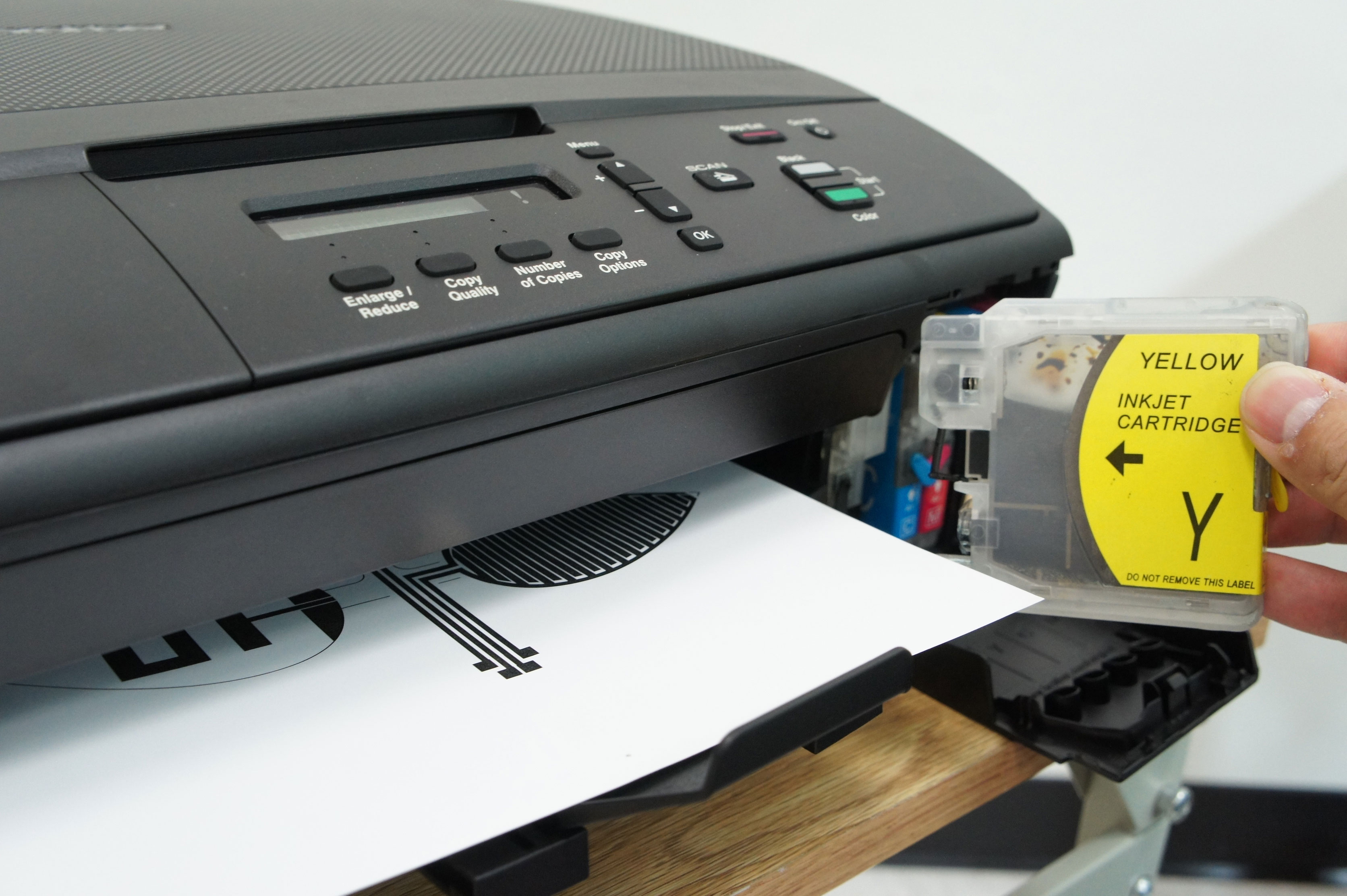 Silver nanoparticle ink is injected into an empty cartridge and used in conjunction with an off-the-shelf inkjet printer to enable ‘instant inkjet circuit’ prototyping.