Scientists have for the first time identified molecules with the potential to block the accumulation of a toxic eye protein that can lead to early onset of glaucoma. 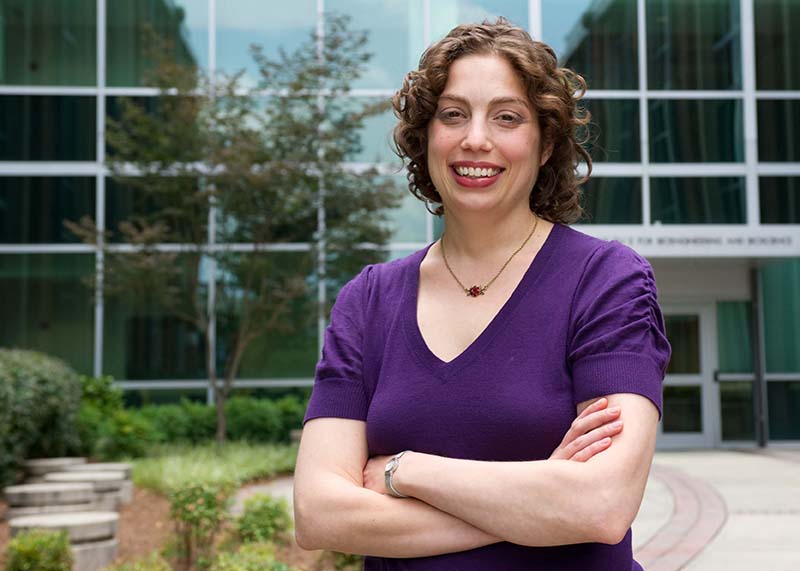 Raquel Lieberman, an associate professor in the School of Chemistry and Biochemistry at the Georgia Institute of Technology in Atlanta, whose lab led the research.

Using a novel high-throughput screening process, scientists have for the first time identified molecules with the potential to block the accumulation of a toxic eye protein that can lead to early onset of glaucoma.

Glaucoma is a group of diseases that can damage the eye’s optic nerve and cause vision loss and blindness. Elevated eye pressure is the main risk factor for optic nerve damage.

Researchers have implicated a mutant form of a protein called myocilin as a possible root cause of this increased eye pressure. Mutant myocilin is toxic to the cells in the part of the eye that regulates pressure. These genetically inherited mutants of myocilin clump together in the front of the eye, preventing fluid flow out of the eye, which then raises eye pressure. This cascade of events can lead to early onset-glaucoma, which affects several million people from childhood to age 35.

To find molecules that bind to mutant myocilin and block its aggregation, researchers designed a simple, high-throughput assay and then screened a library of compounds. They identified two molecules with potential for future drug development to treat early onset glaucoma.

“These are really the first potential drug targets for glaucoma,” said Raquel Lieberman, an associate professor in the School of Chemistry and Biochemistry at the Georgia Institute of Technology in Atlanta, whose lab led the research.

Lieberman presented her findings on January 20 at the Society for Laboratory Automation and Screening conference in San Diego, Calif.

The study was published on Nov. 26, 2013, in the journal ACS Chemical Biology. The National Institutes of Health and the Pew Scholar in Biomedical Sciences program provided support for the research. The work was a collaboration involving Georgia Tech, Emory University and the University of South Florida.

At the heart of the study was an assay that Lieberman’s lab created to take advantage of the fundamental principles of ligand binding. In their assay, mutant myocilin is mixed with a fluorescent compound that emits more light when the protein is unwound. When a molecule from the library screen binds to myocilin, the pair becomes highly stable – tightly wound – and the fluorescent light emitted decreases. By measuring fluorescence, researchers were able to identify molecules that bound tightly to mutant myocilin.

The researchers then added these molecules to cultured human cells that were making the toxic aggregating myocilin. Treating the cells with the newly identified molecules blocked the aggregation and caused the mutated version of myocilin to be released from the cells, reducing toxicity.

“We found two molecules from that initial screen that bound to our protein and also inhibited the aggregation,” Lieberman said. “When we saw that these compounds inhibited aggregation then we knew we were onto something good because aggregation underlies the pathogenesis of this form of glaucoma.”

In a separate study, Lieberman’s lab characterized the toxic myocilin aggregates. That study was published in December 2013 in the Journal of Molecular Biology. The study found that myocilin aggregates are similar to the protein deposits called amyloid, which are responsible for Alzheimer’s disease and other neurodegenerative diseases.

“In Alzheimer’s disease, the deposits are extracellular and kill neurons. In glaucoma the aggregates are not directly killing neurons in the retina to cause vision loss, but they are cytotoxic in the pressure-regulating region of the eye,” Lieberman said. “It’s parallel to all these other amyloids that are out there in neurodegenerative disease.”

The researchers are now focusing on mapping the structure of myocilin to learn more about what myocilin does and why it is in the eye in the first place.

“The underlying problem with myocilin is that for 14 years it has been studied and still nobody really knows what its biological role is inside the eye,” Lieberman said.

This research is supported by the National Institutes of Health (NIH) under award numbers RO1EY021205 and RO1NS073899, and the Pew Scholar in Biomedical Sciences program. Any conclusions or opinions are those of the authors and do not necessarily represent the official views of the sponsoring agencies. 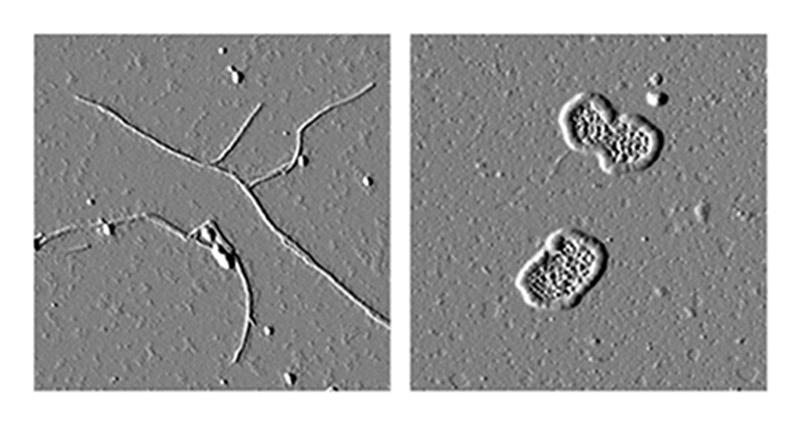