Applying Lessons Learned from One of the Biggest Blackouts in History

On a warm afternoon in August 2003, in rural Ohio, a high-voltage power line brushed against some untrimmed tree limbs. The action tripped a relay that immediately shut off the power it was carrying. As system operators worked to understand what was happening, three more lines sagged into trees and were shut down. Joining power lines were forced to shoulder the extra burden until they, too, failed.

What ensued that day was a cascade of failures throughout the northeastern United States and southeastern Canada. In all, 50 million customers lost power for up to two days. For many, this blackout served as a wake-up call to the fragility of the electric energy grid.

More than 10 years later, our electric power system continues to be challenged. In the United States, 149 power outages affecting at least 50,000 customers occurred between 2000 and 2004, a number which grew to 349 between 2005 and 2009. In 2012, the prolonged power outages in New York and New Jersey caused by Hurricane Sandy once again demonstrated the system’s vulnerability.

The demands of our digital society are increasing. What’s more, our need to accommodate renewable energy generation is rising, and threats to infrastructure security and concerns over global climate change are growing. To help address these concerns, Georgia Tech is conducting research that crosses many disciplines, including electrical and computer engineering, public policy, mechanical engineering and information security.

Revolutionizing the Delivery of Electricity

This long-standing electricity paradigm is phasing out as advancements to the grid essentially make it “smarter.” Smart grids are equipped with advanced sensing, communication, and control systems that will allow unprecedented interaction between electricity providers and consumers. The smart grid will integrate renewable energy sources and allow a new class of utility customers to be both providers and consumers of power.

The potential of the smart grid is enormous: improved energy efficiency, optimization of power supply and demand, and greater transparency into power consumption.

A phenomenon called a “voltage collapse” can cause a blackout when electricity demands reach a critical level, even if there is sufficient power generation to meet the demand. The Northeast Blackout of 2003 led utilities and the government to team up to install a phasor network throughout the United States.

By placing phasor measurement units at critical points in the network, operators can assess system stress. Miroslav Begovic, a professor in the School of Electrical and Computer Engineering, helped to develop a methodology that uses the data collected from phasor measurement units. System operators can quickly assess the state of the power system and determine in real time whether it is in danger of a blackout.

Wind, sun, water, wood, organic waste, and geothermal energy generated about 12 percent of the electricity in the United States in 2012.

Georgia Tech’s School of Electrical and Computer Engineering, H. Milton Stewart School of Industrial and Systems Engineering, Strategic Energy Institute, and School of Mechanical Engineering  are working together to allow expansion of this percentage. Researcher teams are developing a more distributed and flexible control architecture that supports high levels of renewable energy generation and storage. In addition, they are studying market mechanisms that balance supply and demand in the presence of these energy sources.

This new architecture is based on the emerging concept of “prosumers” — a combination of the words “consumer” and “producer” — which are economically motivated small-scale energy ecosystems that can consume, produce and store electricity. For example, prosumers could include homeowners who consume electricity from the grid while also producing power onsite from solar panels on their homes’ roofts that feeds back into the grid.

In recent years, several U.S. states, the federal government and other countries have adopted or are considering laws, regulations, programs, and requirements aimed at improving power systems.

Researchers from Georgia Tech’s Sam Nunn School of International Affairs and School of Economics are analyzing and recommending policies that promote the path toward the next generation of the electric utility grid.

In addition to asset management concerns, utilities are also worried about cyber threats. A National Research Council report warned that a coordinated strike on the electric grid could have devastating effects on the American economy. Georgia Tech researchers have helped secure and protect devices throughout U.S. government and corporate networks for years.

Technical, regulatory and financial obstacles have slowed its worldwide adoption, and it is estimated to take decades for the entire grid renovation. Georgia Tech researchers continue their development of this transformative technology and the smart grid momentum is growing.  In fact, smart grid technology is already a reality in several U.S. cities.

Learn More About the Smart Grid: 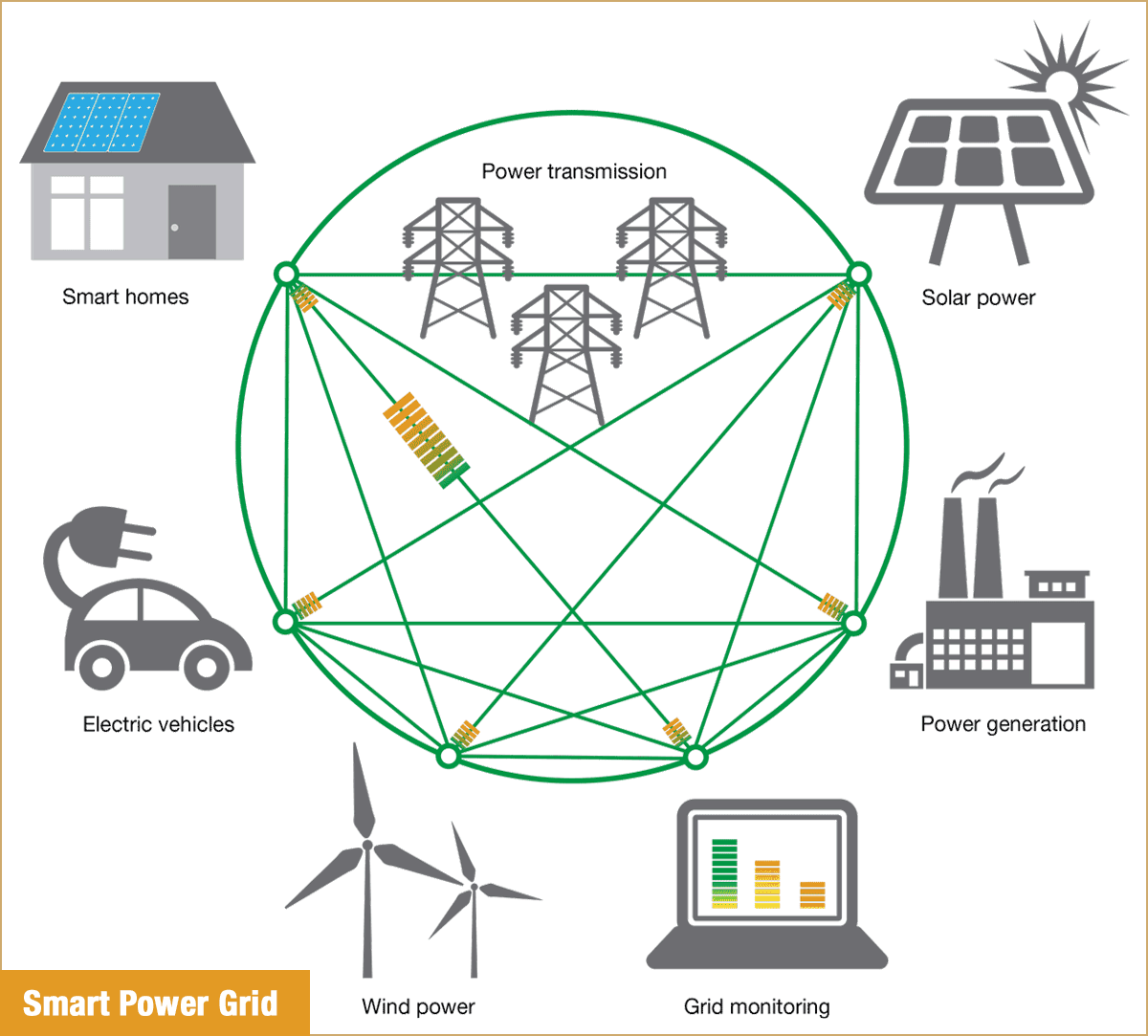 The Smart Grid will be interactive, allowing producers and consumers to provide feedback -- and even sell power to one another. 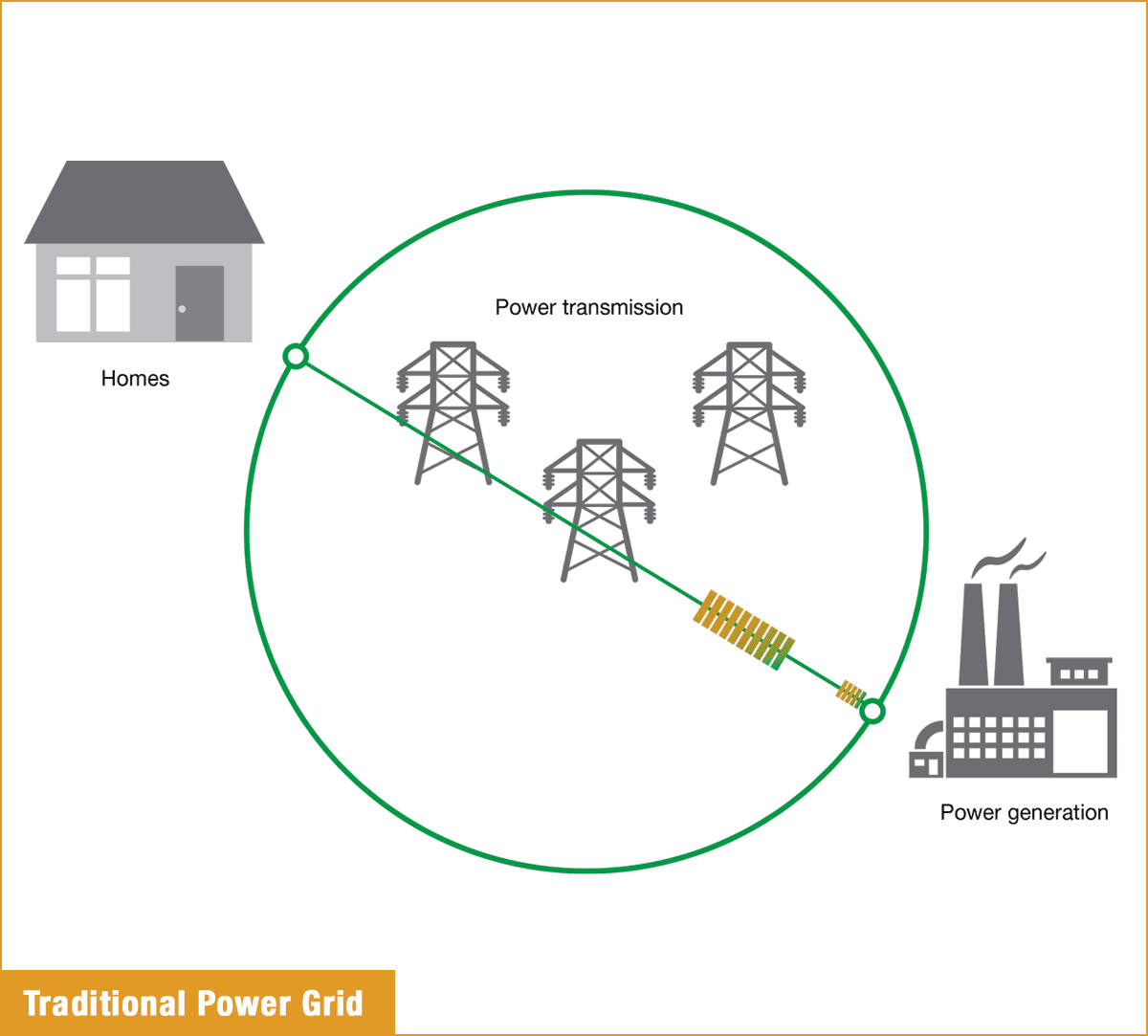 In the traditional power grid, producers generate power, but have little feedback from consumers.