Researchers are using engineered bacteria to produce a hydrocarbon that may be useful as a rocket fuel. 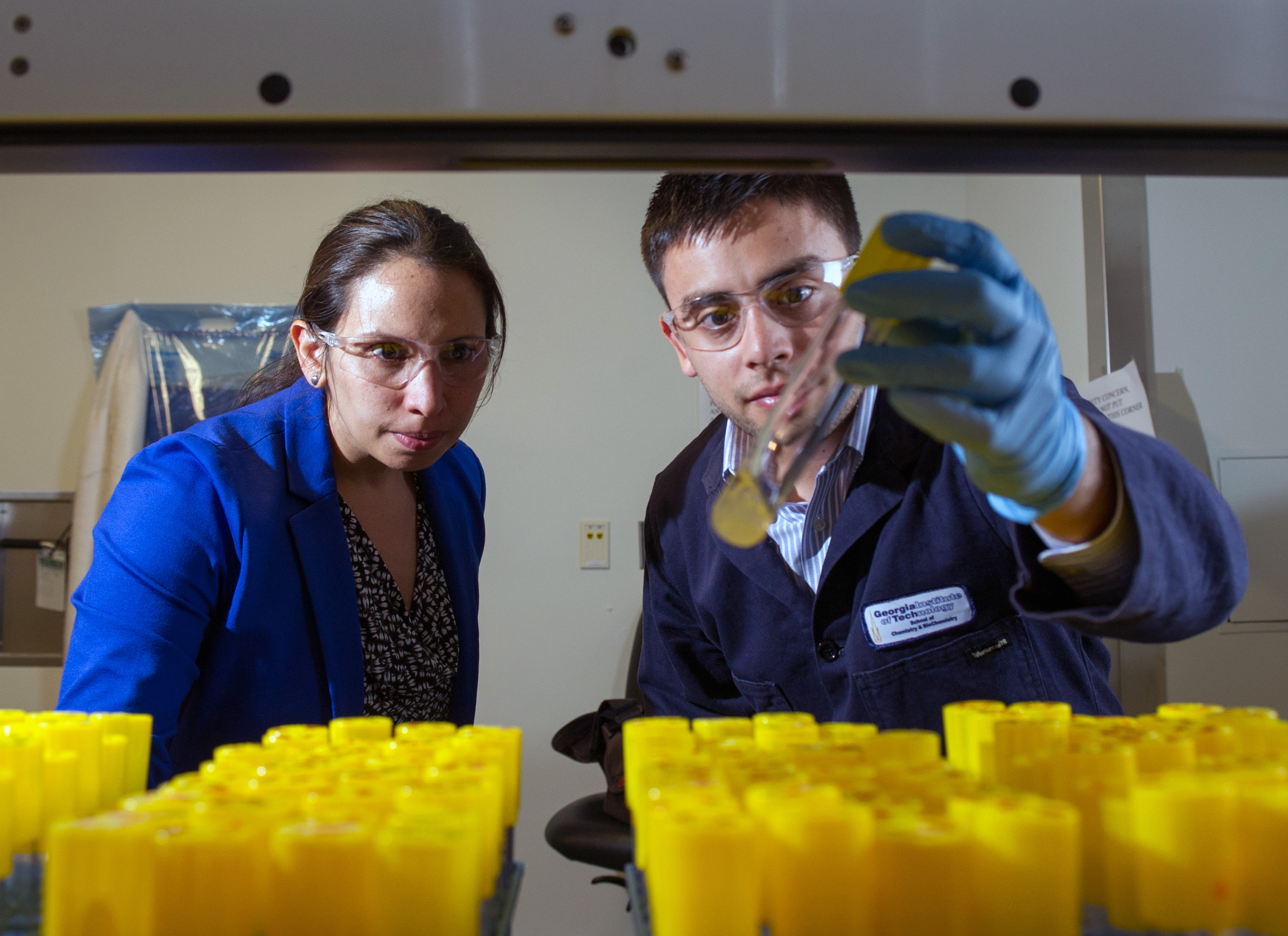 Researchers at the Georgia Institute of Technology and the Joint BioEnergy Institute have engineered a bacterium to synthesize pinene, a hydrocarbon produced by trees that could potentially replace high-energy fuels, such as JP-10, in missiles and other aerospace applications. With improvements in process efficiency, the biofuel could supplement limited supplies of petroleum-based JP-10, and might also facilitate development of a new generation of more powerful engines.

By inserting enzymes from trees into the bacterium, first author and Georgia Tech graduate student Stephen Sarria, working under the guidance of assistant professor Pamela Peralta-Yahya, boosted pinene production six-fold over earlier bioengineering efforts. Though a more dramatic improvement will be needed before pinene dimers can compete with petroleum-based JP-10, the scientists believe they have identified the major obstacles that must be overcome to reach that goal.

Funded by Georgia Tech startup funds awarded to Peralta-Yahya’s lab and by the U.S. Department of Energy’s Office of Science, the research was reported February 27, 2014, in the journal ACS Synthetic Biology.

“We have made a sustainable precursor to a tactical fuel with a high energy density,” said Peralta-Yahya, an assistant professor in the School of Chemistry and Biochemistry and the School of Chemical and Biomolecular Engineering at Georgia Tech. “We are concentrating on making a ‘drop-in’ fuel that looks just like what is being produced from petroleum and can fit into existing distribution systems.”

Fuels with high energy densities are important in applications where minimizing fuel weight is important. The gasoline used to power automobiles and the diesel used mainly in trucks both contain less energy per liter than the JP-10. The molecular arrangement of JP-10, which includes multiple strained rings of carbon atoms, accounts for its higher energy density.

The amount of JP-10 that can be extracted from each barrel of oil is limited, and sources of potentially comparable compounds such as trees can’t provide much help. The limited supply drives the price of JP-10 to around $25 per gallon. That price point gives researchers working on a biofuel alternative a real advantage over scientists working on replacing gasoline and diesel.

“If you are trying to make an alternative to gasoline, you are competing against $3 per gallon,” Peralta-Yahya noted. “That requires a long optimization process. Our process will be competitive with $25 per gallon in a much shorter time.”

While much research has gone into producing ethanol and bio-diesel fuels, comparatively little work has been done on replacements for the high-energy JP-10.

Peralta-Yahya and collaborators set out to improve on previous efforts by studying alternative enzymes that could be inserted into the E. coli bacterium. They settled on two classes of enzymes – three pinene synthases (PS) and three geranyl diphosphate synthases (GPPS) – and experimented to see which combinations produced the best results.

Their results were much better than earlier efforts, but the researchers were puzzled because for a different hydrocarbon, similar enzymes produced more fuel per liter. So they tried an additional step to improve their efficiency. They placed the two enzymes adjacent to one another in the E. coli cells, ensuring that molecules produced by one enzyme would immediately contact the other. That boosted their production to 32 milligrams per liter – much better than earlier efforts, but still not competitive with petroleum-based JP-10.

Peralta-Yahya believes the problem now lies with built-in process inhibitions that will be more challenging to address.

To be competitive, the researchers will have to boost their production of pinene 26-fold. Peralta-Yahya says that’s within the range of possibilities for bioengineering the E. coli.

“Even though we are still in the milligrams per liter level, because the product we are trying to make is so much more expensive than diesel or gasoline means that we are relatively closer,” she said.

Theoretically, it may be possible to produce pinene at a cost lower than that of petroleum-based sources. If that can be done – and if the resulting bio-fuel operates well in these applications – that could open the door for lighter and more powerful engines fueled by increased supplies of high-energy fuels. Pinene dimers, which result from the dimerization of pinene, have already been shown to have an energy density similar to that of JP-10.

This work was started at the DOE Joint BioEnergy Institute (JBEI) and finished at the Georgia Institute of Technology. The work at JBEI was funded by the U.S. Department of Energy, Office of Science, Office of Biological and Environmental Research through contract DE-AC02-05CH11231 between Lawrence Berkeley National Laboratory and the U.S. Department of Energy. The work at the Georgia Institute of Technology was funded by startup funds awarded to the Peralta-Yahya laboratory. Any opinions expressed are those of the authors and do not necessarily represent the official views of the DOE. 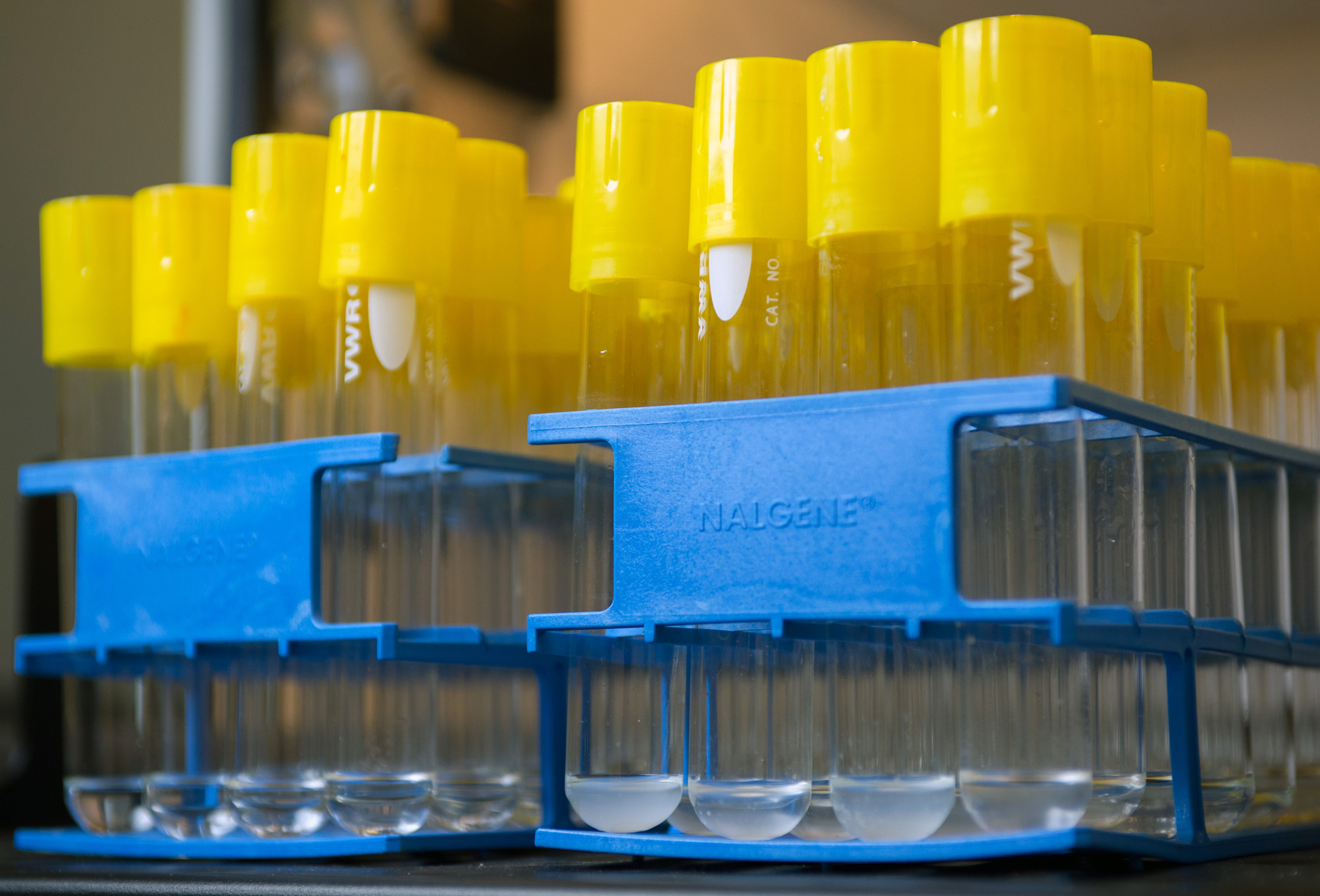 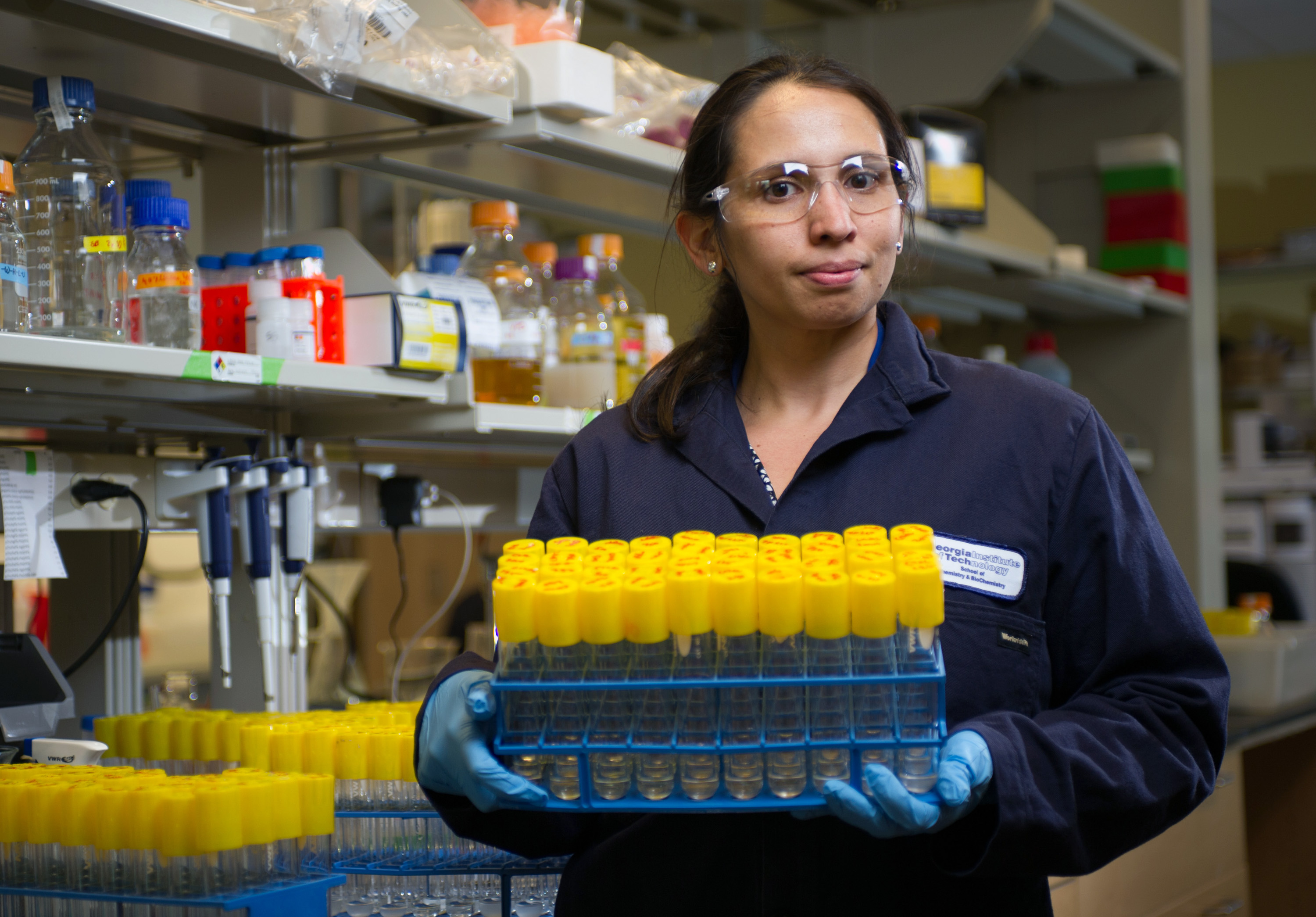