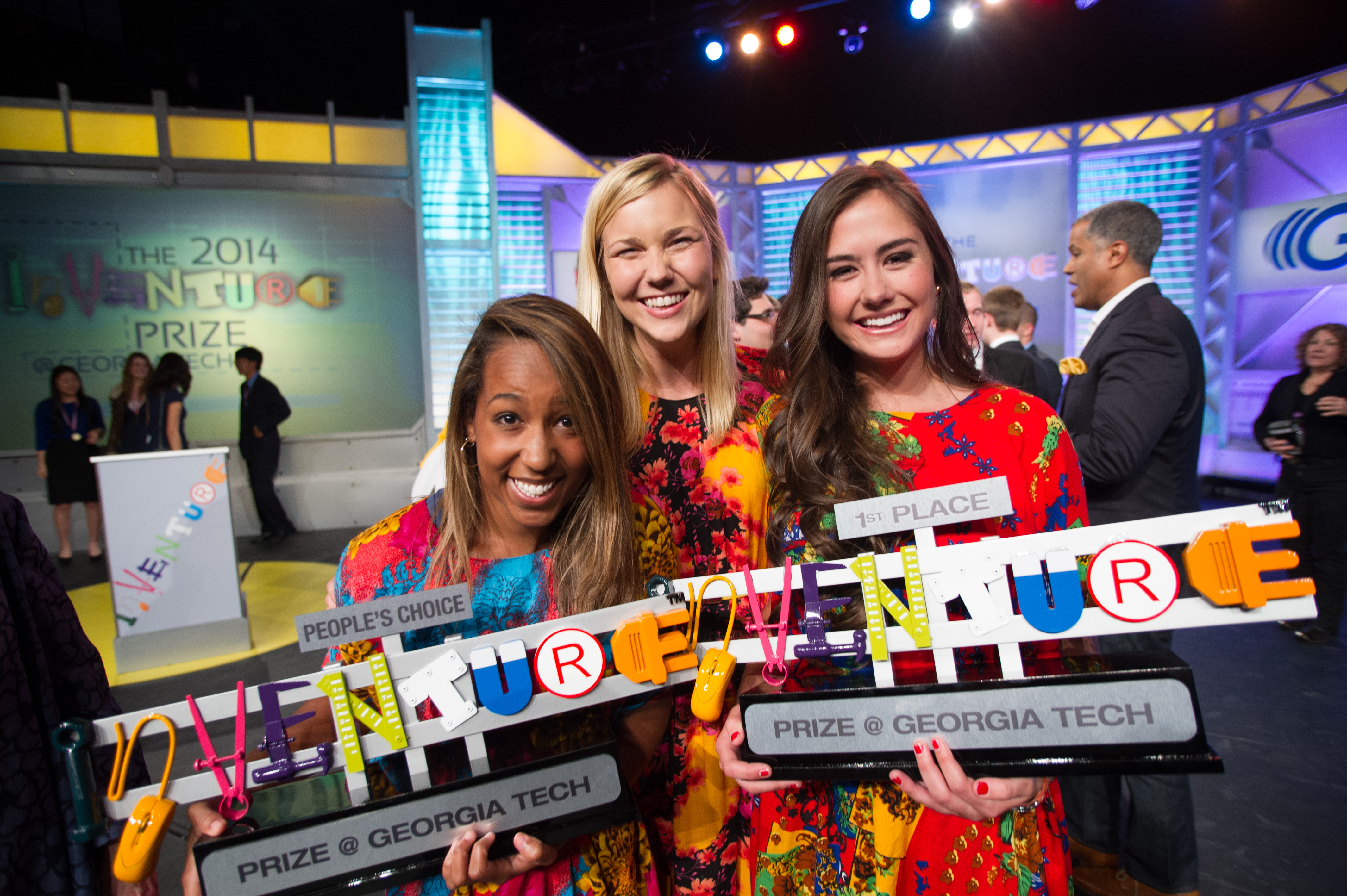 Team Sanivation received $20,000, a free U.S. patent filing by Georgia Tech’s Office of Technology Licensing and a spot in this summer’s class of Flashpoint, a Georgia Tech startup accelerator program.

“We are so thankful for the support and encouragement we have received from everyone,” said team member Erin Cobb, an industrial design major from Atlanta.

“We are exposing an issue that is considered taboo and we are excited to give this important issue more attention,” she said.

Their Safi Choo Toilet is a safer, cleaner way of using a toilet to replace the pit latrines often found in the developing world and refugee camps. The device has received preliminary support from the U.S. Centers for Disease Control and Prevention.

Second place went to the Sucette Smart Soother, a modernized pacifier designed to fit more naturally with a baby’s mouth and growing dental structure. The pacifier changes color when the baby has a fever.

“We worked so hard and went through so many prototypes,” said team member Will McAllister, a biomedical engineering major from Charlotte, N.C. “It’s exciting to get this recognition and support from the judges.”

The InVenture Prize is an annual contest that rewards undergraduate students for big innovations that aim to solve the world’s problems.

Nearly 560 students signed up for this year’s contest – the largest ever. The group was narrowed to the six teams who competed in the finale, which was broadcast live on Georgia Public Broadcasting. 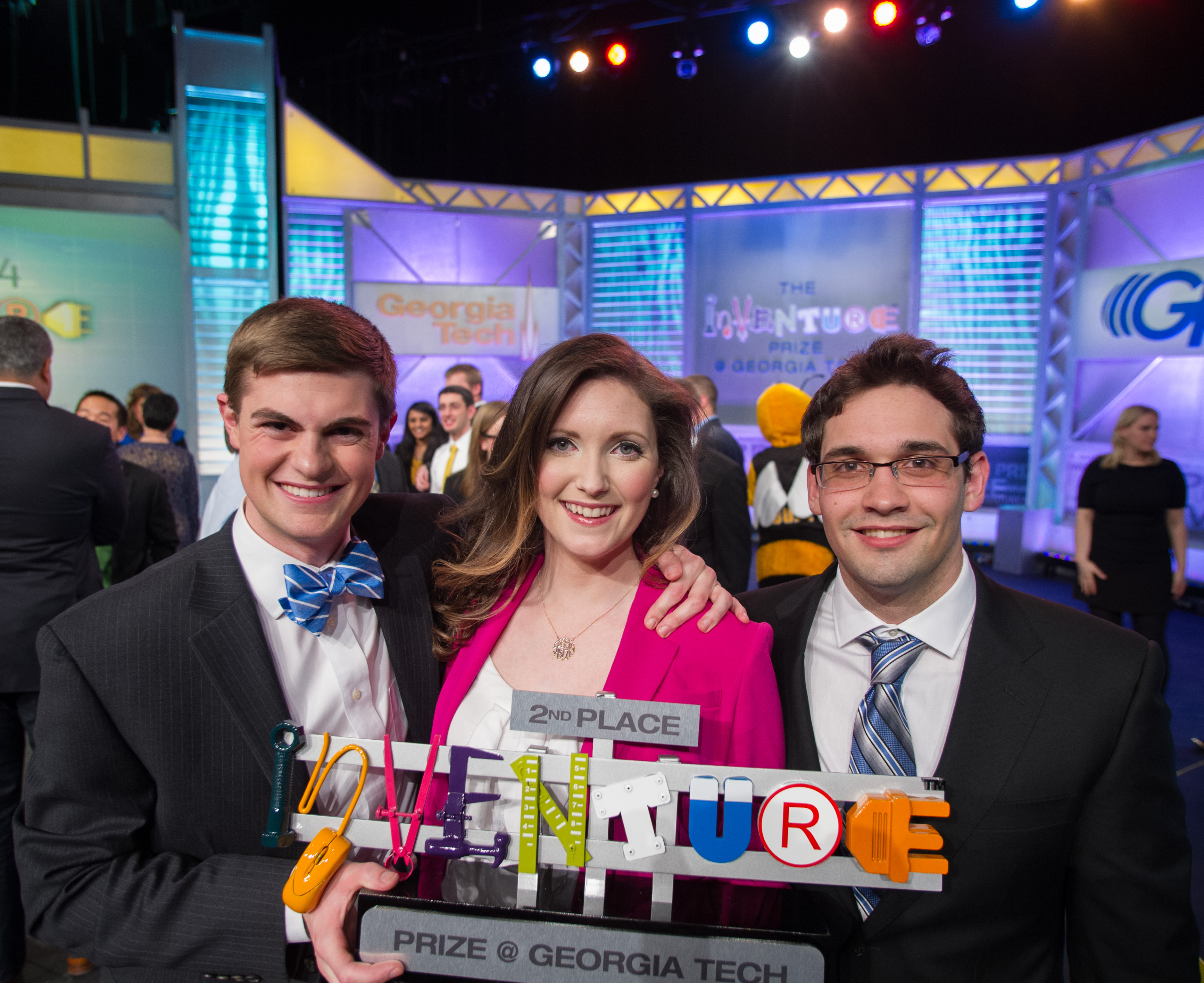