Fish living on coral reefs where carbon dioxide seeps from the ocean floor were less able to detect predator odor than fish from normal coral reefs, according to a new study.

Fish living on coral reefs where carbon dioxide seeps from the ocean floor were less able to detect predator odor than fish from normal coral reefs, according to a new study.

The study confirms laboratory experiments showing that the behavior of reef fishes can be seriously affected by increased carbon dioxide concentrations in the ocean. The new study is the first to analyze the sensory impairment of fish from CO2 seeps, where pH is similar to what climate models forecast for surface waters by the turn of the century.

"These results verify our laboratory findings," said Danielle Dixson, an assistant professor in the School of Biology at the Georgia Institute of Technology in Atlanta. "There's no difference between the fish treated with CO2 in the lab in tests for chemical senses versus the fish we caught and tested from the CO2 reef."

The research was published in the April 13 Advance Online Publication of the journal Nature Climate Change. Philip Munday, from James Cook University in Australia, was the study's lead author. The work was supported by the Australian Institute for Marine Science, a Grant for Research and Exploration by the National Geographic Society, and the ARC Centre of Excellence for Coral Reef Studies.

The pH of normal ocean surface water is around 8.14. The new study examined fish from so-called bubble reefs at a natural CO2 seep in Papua New Guinea, where the pH is 7.8 on average. With today's greenhouse gas emissions, climate models forecast pH 7.8 for ocean surface waters by 2100, according to theIntergovernmental Panel on Climate Change (IPCC).

"We were able to test long-term realistic effects in this environment," Dixson said. "One problem with ocean acidification research is that it's all laboratory based, or you're testing something that's going to happen in a 100 years with fish that are from the present day, which is not actually accurate."

Previous research had led to speculation that ocean acidification might not harm fish if they could buffer their tissues in acidified water by changing their bicarbonate levels. Munday and Dixson were the first to show that fishes' sensory systems are impaired under ocean acidification conditions in the laboratory.

"They can smell but they can't distinguish between chemical cues," Dixson said.

Carbon dioxide released into the atmosphere is absorbed into ocean waters, where it dissolves and lowers the pH of the water. Acidic waters affect fish behavior by disrupting a specific receptor in the nervous system, called GABAA, which is present in most marine organisms with a nervous system. When GABAA stops working, neurons stop firing properly.

Coral reef habitat studies have found that CO2-induced behavioral changes, similar to those observed in the new study, increase mortality from predation by more than fivefold in newly settled fish.

Fish can smell a fish that eats another fish and will avoid water containing the scent. In Dixson's laboratory experiments, control fish given the choice between swimming in normal water or water spiked with the smell of a predator will choose the normal water. But fish raised in water acidified with carbon dioxide will choose to spend time in the predator-scented water.

Juvenile fish living at the carbon dioxide seep and brought onto a boat for behavior testing had nearly the identical predator sensing impairment as juvenile fish reared at similar CO2 levels in the lab, the new study found.

The fish from the bubble reef were also bolder. In one experiment, the team measured how far the fish roamed from a shelter and then created a disturbance to send the fish back to the shelter. Fish from the CO2 seep emerged from the shelter at least six times sooner than the control fish after the disturbance.

Despite the dramatic effects of high CO2 on fish behaviors, relatively few differences in species richness, species composition and relative abundances of fish were found between the CO2 seep and the control reef.

"The fish are metabolically the same between the control reef and the CO2 reef," Dixson said. "At this point, we have only seen effects on their behavior."

The researchers did find that the number of large predatory fishes was lower at the CO2 seep compared to the control reef, which could offset the increased risk of mortality due to the fishes' abnormal behavior, the researchers said.

In future work, the research team will test if fish could adapt or acclimate to acidic waters. They will first determine if the fish born at the bubble reef are the ones living there as adults, or if baby fish from the control reef are swimming to the bubble reef.

"Whether or not this sensory effect is happening generationally is something that we don't know," Dixson said.

The results do show that what Dixson and colleagues found in the lab matches with what is seen in the field.

"It's a step in the right direction in terms of answering ocean acidification problems." Dixson said. "The alternative is just to wait 100 years. At least now we might prepare for what might be happening."

This research is supported by the Australian Institute for Marine Science, a Grant for Research and Exploration by the National Geographic Society, and the ARC Centre of Excellence for Coral Reef Studies. Any conclusions or opinions are those of the authors and do not necessarily represent the official views of the sponsoring agencies. 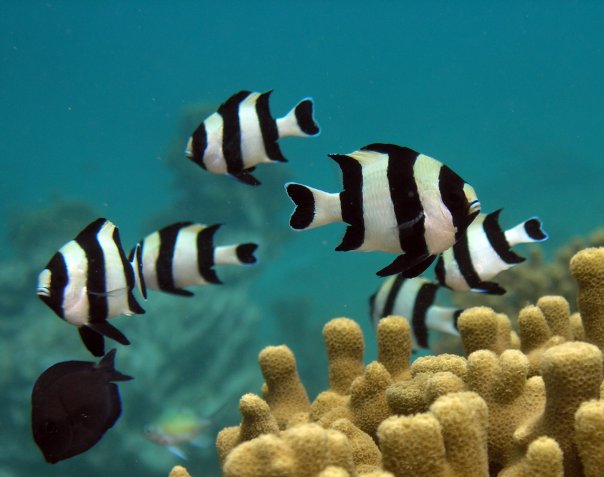 Juvenile fishes from a carbon dioxide seep, such as damselfishes (pictured above), were less able to detect predator odor than fishes from a control coral reef, according to a new study in Nature Climate Change. 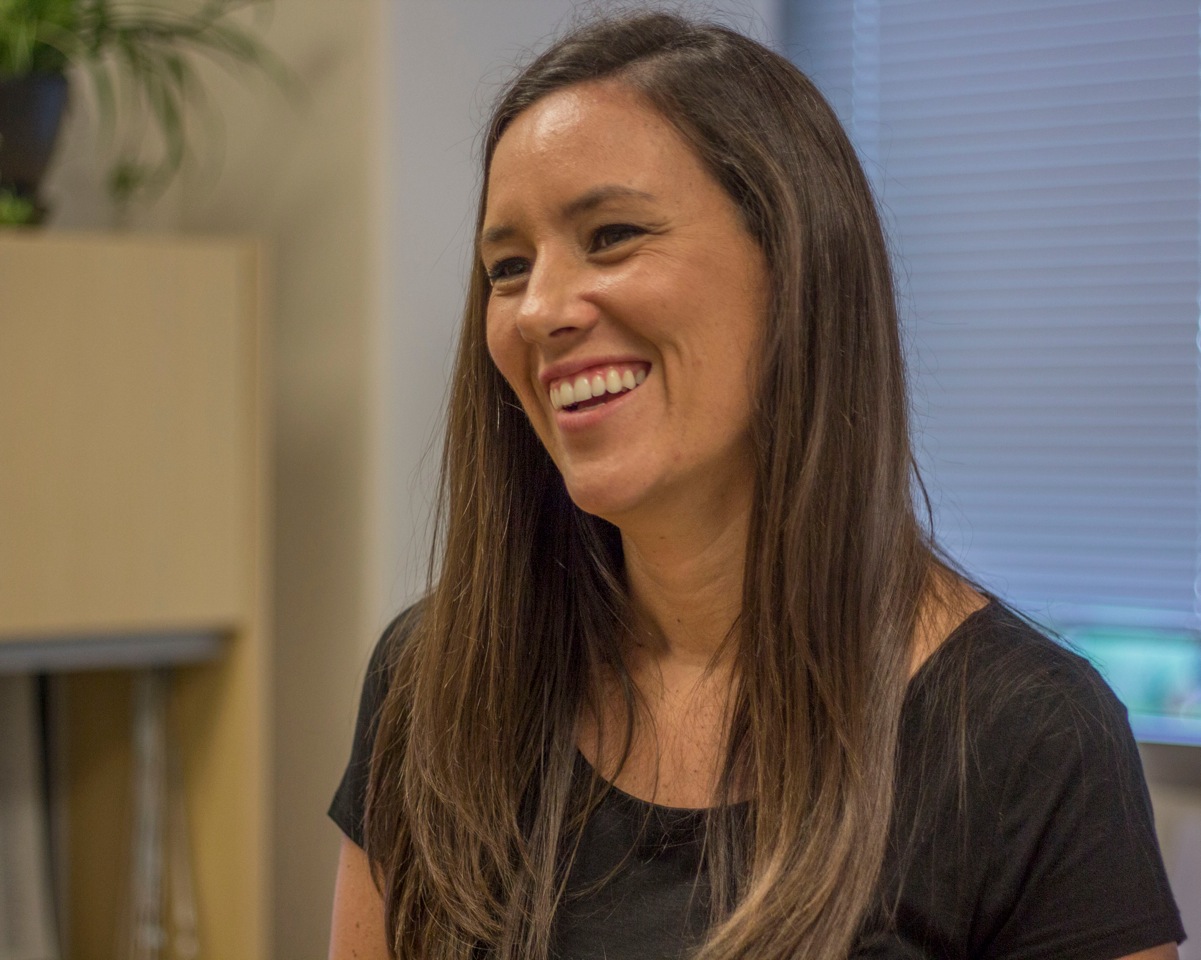