Your next opponent in Angry Birds could be a robot

With the help of a smart tablet and Angry Birds, end users can now program a robot to learn new tasks.

With the help of a smart tablet and Angry Birds, children can now do something typically reserved for engineers and computer scientists: program a robot to learn new skills. The Georgia Institute of Technology project is designed to serve as a rehabilitation tool and to help kids with disabilities.

The researchers have paired a small humanoid robot with an Android tablet. Kids teach it how to play Angry Birds, dragging their finger on the tablet to whiz the bird across the screen. In the meantime, the robot watches what happens and records “snapshots” in its memory. The machine notices where fingers start and stop, and how the objects on the screen move according to each other, while constantly keeping an eye on the score to check for signs of success.

When it’s the robot’s turn, it mimics the child’s movements and plays the game. If the bird is a dud and doesn’t cause any damage, the robot shakes its head in disappointment. If the building topples and points increase, the eyes light up and the machine celebrates with a happy sound and dance.

“The robot is able to learn by watching because it knows how interaction with a tablet app is supposed to work,” said Georgia Tech’s Ayanna Howard, Motorola Foundation Professor in the School of Electrical and Computer Engineering who is leading the project. “It recognizes that a person touched here and ended there, then deciphers the information that is important and relevant to its progress.”

The robot analyzes the new information and provides appropriate social responses while changing its play strategy.

“One way to get robots more quickly into society is to design them to be flexible for end users,” said Hae Won Park, Howard’s postdoctoral fellow working closely on the project. “If a robot is only trained to perform a specific set of tasks and not able to learn and adapt to its owner or surroundings, its usefulness can become extremely limited.”

That flexibility is one reason Howard and Park see their robot-smart tablet system as a future rehabilitation tool for children with cognitive and motor-skill disabilities. A clinician could program the robot to cater to a child’s needs, such as turn taking or hand-eye coordination tasks, and then send the machine home.

Another benefit for rehab: parents don’t always have time or enough patience for repetitive rehabilitation sessions. But a robot never gets tired or bored.

“Imagine that a child’s rehab requires a hundred arm movements to improve precise hand-coordination movements,” said Howard. “He or she must touch and swipe the tablet repeatedly, something that can be boring and monotonous after a while. But if a robotic friend needs help with the game, the child is more likely to take the time to teach it, even if it requires repeating the same instructions over and over again. The person’s desire to help their ‘friend’ can turn a five-minute, bland exercise into a 30-minute session they enjoy.”

In a new study, Howard and Park asked grade-school children to play Angry Birds with an adult watching nearby. Afterwards, the kids were asked to teach a robot how to play the game. The children spent an average of nine minutes with the game as the adult watched. They played nearly three times as long (26.5 minutes) with the robot. They also interacted considerably more with the robot than the person. Only 7 percent of their session with the adult included eye contact, gestures and talking. It was nearly 40 percent with the robot.

The next steps for the Georgia Tech team will include more games for the robot, including Candy Crush and ZyroSky. They will also recruit more children diagnosed with Autism Spectrum Disorder (ASD) and children with motor impairments to interact with the system. Their most recent study included two kids with ASD. Their interaction times with the adult were significantly less than those in the typically developing group. They were about the same with the robot. The findings were presented in June at the Rehabilitation Engineering and Assistive Technology Society of North America (RESNA) 2014 Annual Conference in Denver.

This research was partially supported by the National Science Foundation (NSF) under grant 1208287. Any conclusions expressed are those of the principal investigator and may not necessarily represent the official views of the NSF. 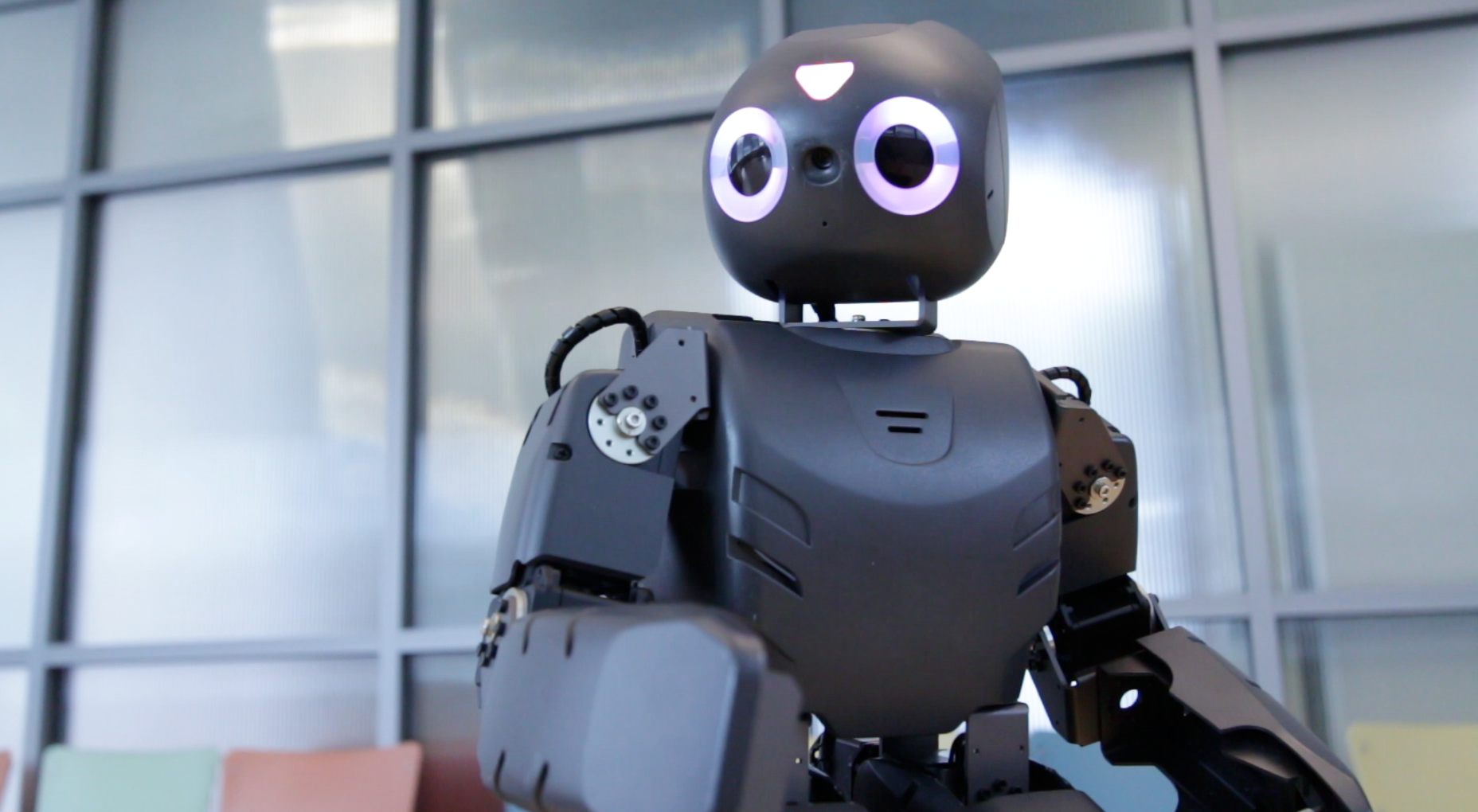 A robot plays Angry Birds using a tablet. Researchers see their system as a future rehabilitation tool for children with cognitive and motor-skill disabilities. 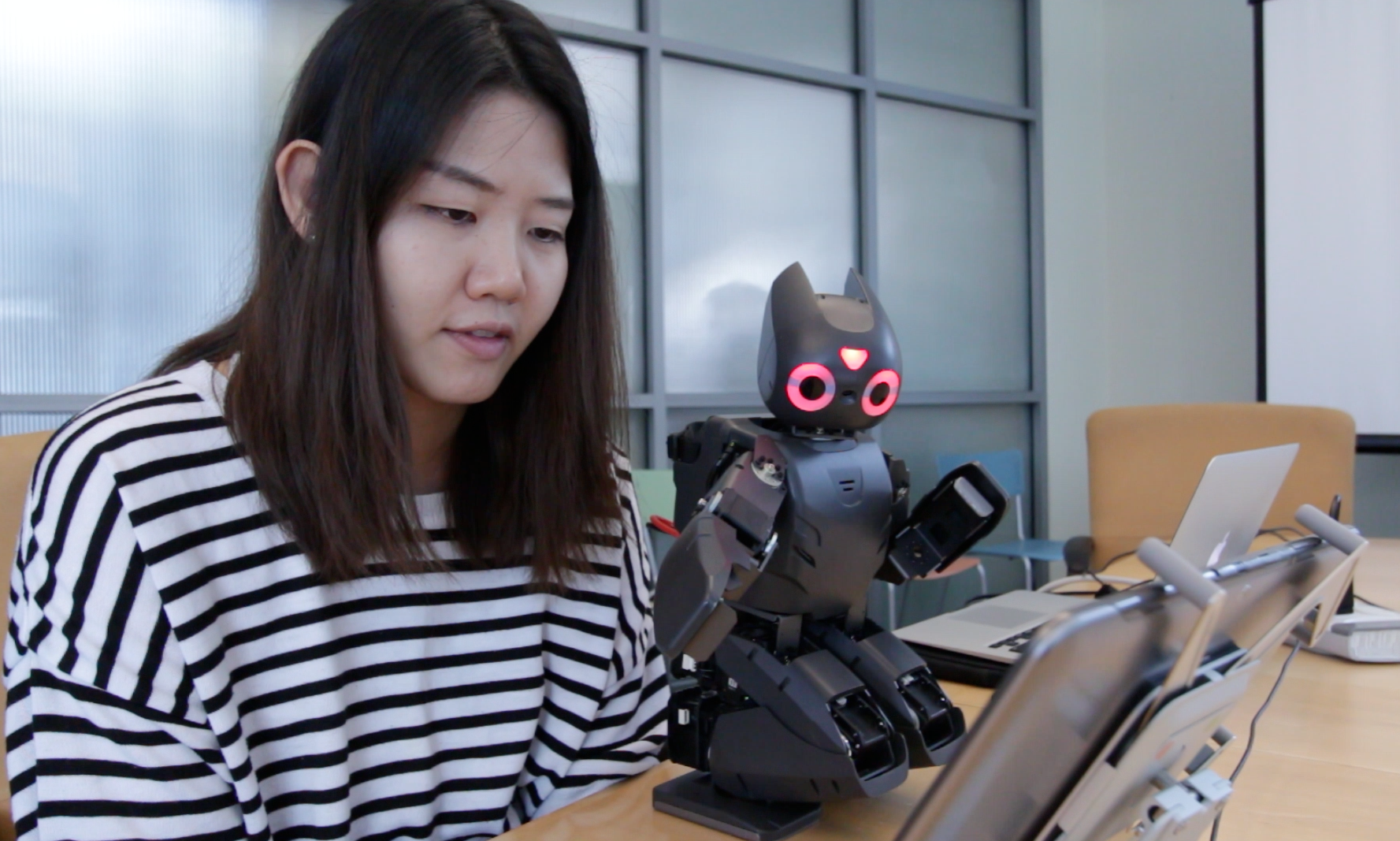 Hae Won Park, a postdoctoral fellow in the School of Electrical and Computing Engineering, teaches a robot how to play Angry Birds 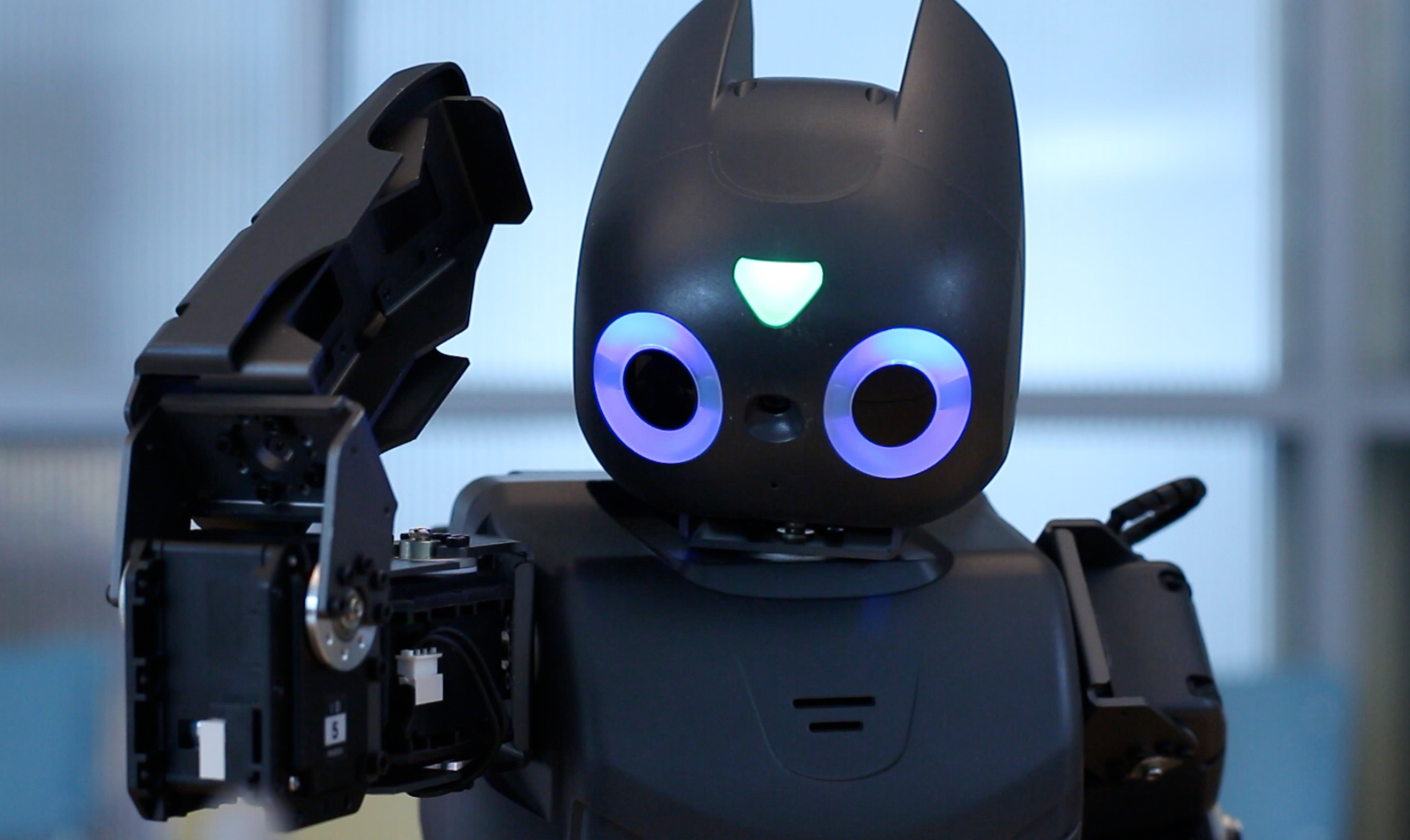 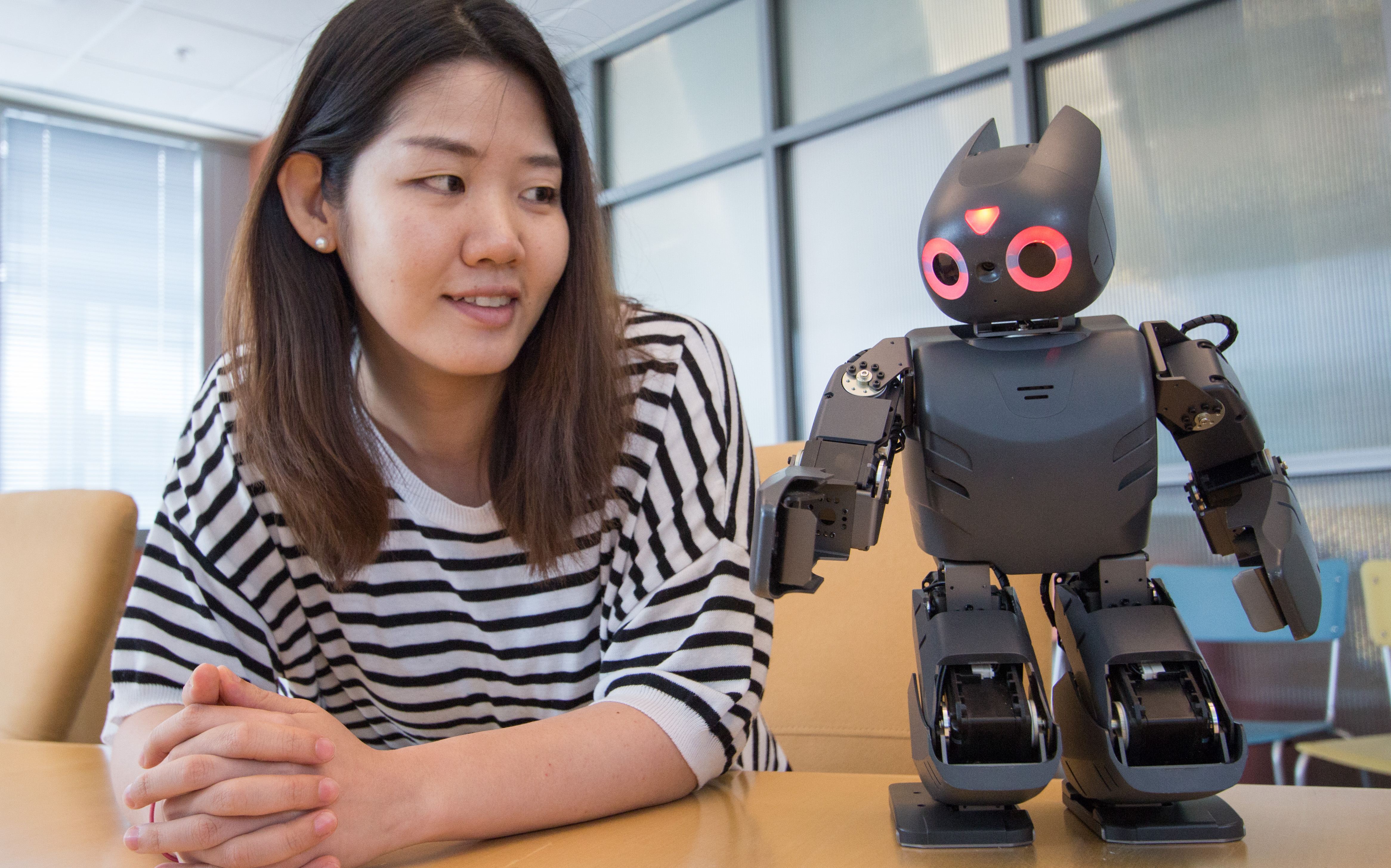 Postdoctoral fellow Hae Won Park (ECE) interacts with robot that can be programmed to learn new skills, including Angry Birds