An analysis of patented university inventions licensed to biotechnology firms has revealed early bottlenecks on the path to commercialization. 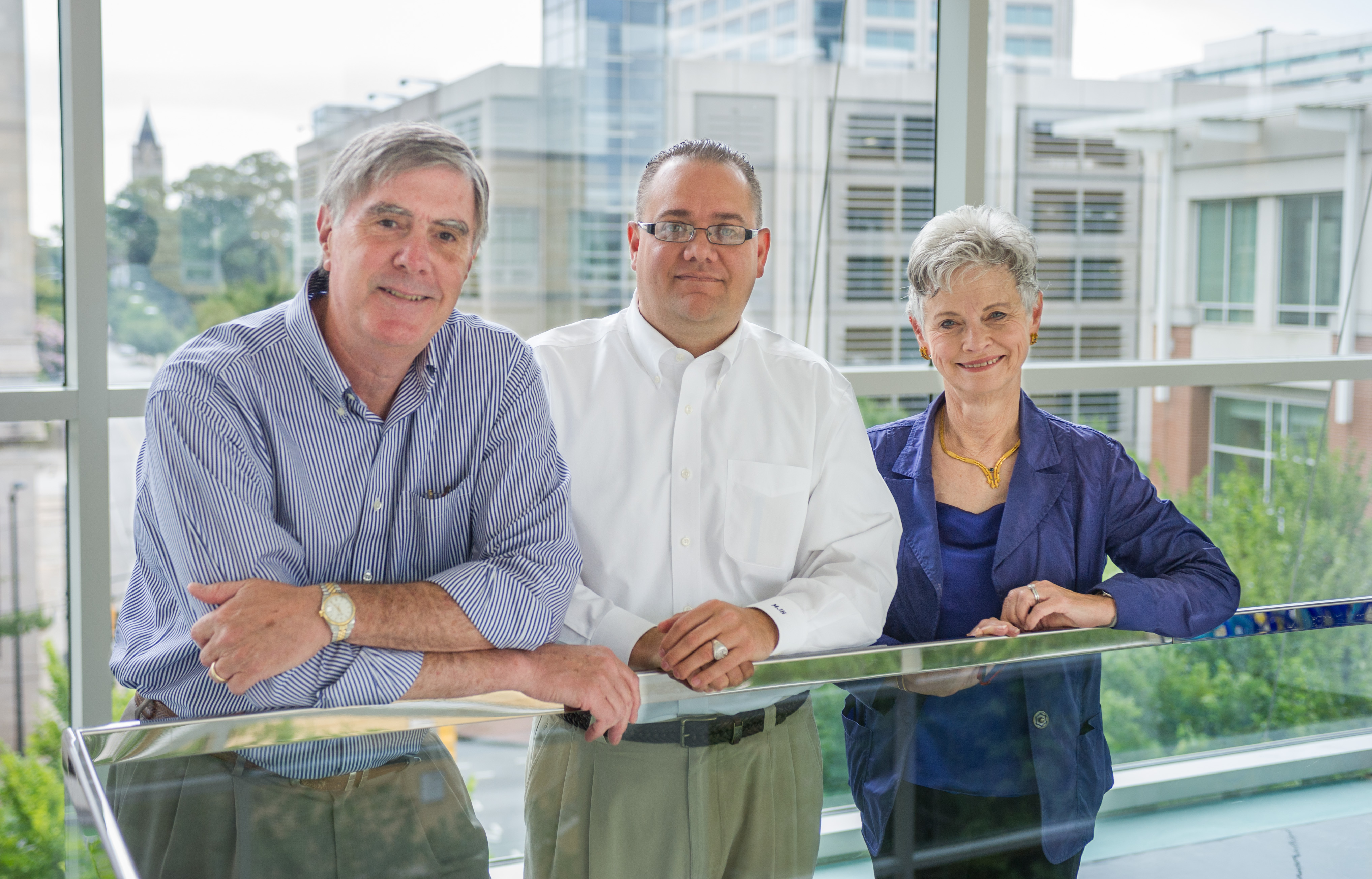 From left to right, Jerry Thursby, Matthew Higgins and Marie Thursby. The research team identified bottlenecks in the development of biopharmaceutical products and proposes a way to avoid the setbacks.

An analysis of patented university inventions licensed to biotechnology firms has revealed early bottlenecks on the path to commercialization. To open these roadblocks, the researchers suggest that better communication of basic research results during the discovery stage could lead to faster commercialization down the road.

Biopharmaceutical drugs are frequently derived from discoveries made in university laboratories and licensed to biotechnology firms. Bottlenecks are well known during clinical trials, which have a high failure rate. But a new study pinpoints how much time is lost earlier in the pathway, when biotech companies give up on an invention and transfer the technology to other biotech firms for repurposing in a new disease category. Companies rarely share their basic research on an invention, which highlights what the researchers consider to be an underappreciated cost of commercialization as basic science research is then repeated, postponed, or never performed.

“The timeline for commercialization is much longer than most people think. There is so much turmoil and churn within the process,” said co-author Jerry Thursby, a professor and the Ernest Scheller, Jr. Chair in Innovation, Entrepreneurship, and Commercialization at the Scheller College of Business at the Georgia Institute of Technology.

The study was sponsored by the National Institutes of Health (NIH) and was published August 20 in the journal Science Translational Medicine.

The standard path to the marketplace for biotechnology is for universities to do most of the basic research and then license a discovery to a small biotechnology firm that advances the research. The small biotech firm will then sublicense the discovery to a large biotechnology firm that can afford to run clinical trials. The study found that basic research rarely proceeds in this straightforward path to commercialization, often zigzagging across biotech firms and research areas before a drug is finally developed.

“What these data reveal is that there’s a lot of bench to bench translational research. It’s not linear,” said Marie Thursby, a study co-author and the Hal and John Smith Chair in Entrepreneurship at the Scheller College of Business. Matthew Higgins, an associate professor of strategic management, was also a co-author of the study.

For the study, the researchers built a database of 835 patents in 342 university licenses with biotech firms. The researchers then traced the path of patents to document whether they were subsequently sublicensed to another firm for testing in a new disease category or whether the sublicense was to a large firm for clinical trials or marketing. Sublicensing often resets the development timeline in what the authors refer to as bench-to-bench translational research.

“A very large fraction of the time, an invention pops out as something else and the timeline for the discovery stage starts all over again,” said Jerry Thursby.

This time span for the upstream phase of the translation process is substantial, the study says, given that the average time from discovery to approval of new drugs (including biologics) by the U.S. Food and Drug Administration (FDA) is 13 years.

“Nobody knew the magnitude of how much licensing changes and the stages at which they change,” said Marie Thursby. “The biotechnology industry is quite fragmented, and there are all sorts of informational problems.”

One option might be the formation of an open-source translational research database that complements clinicaltrials.gov, where patents and licenses for fundamental biomedical research believed to be destined for eventual therapeutic use initially would be logged and shared.

“What might be a failure to a biotech firm could be a success to society as a whole,” Jerry Thursby said.

This research is supported and based on three separate subcontracts with the Office of Science Policy Analysis, Office of the Director, National Institutes of Health, under award number HHSN26320100002IC. Any conclusions or opinions are those of the authors and do not necessarily represent the official views of the sponsoring agency.