Georgia Tech lauded for its technology-based focus on economic development 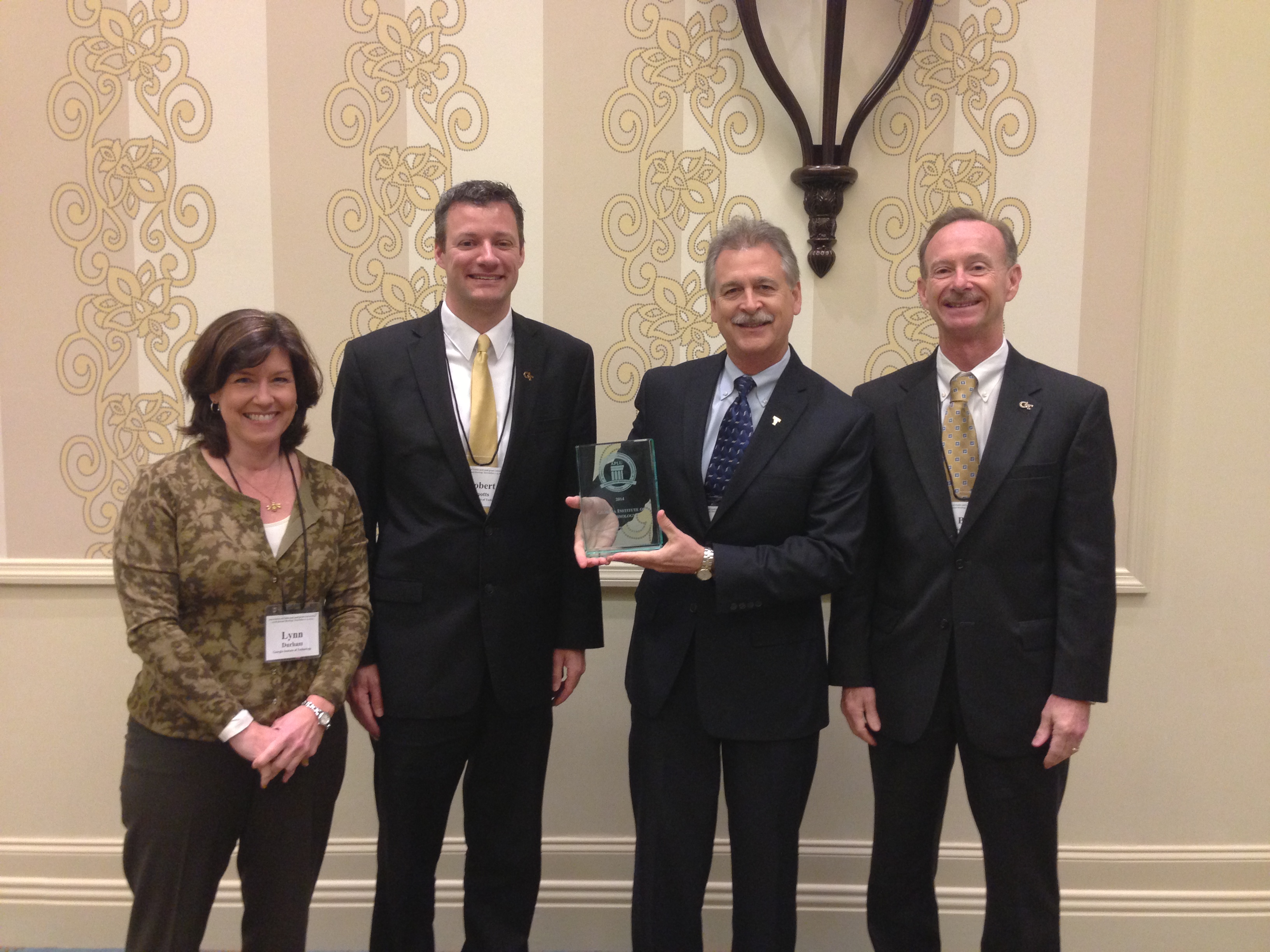 The Association of Public and Land-grant Universities (APLU) named the Georgia Institute of Technology and three other public institutions of higher learning its winners of the 2014 Innovation and Economic Prosperity Universities (IEP) Awards.

Tech received the “Innovation” award for its technology-based focus in its economic development efforts. Tech’s Enterprise Innovation Institute (EI2), its key statewide business outreach and economic development arm, is a critical component of those efforts, as well as commercialization of inventions, and other initiatives. The award follows APLU’s designation of Tech as an Innovation and Economic Prosperity University earlier this summer.

The IEP awards, announced Monday, Nov. 3, in Orlando, highlight the efforts of APLU’s member institutions to beef up economic development in their states through a number of initiatives, including innovation and entrepreneurship, technology transfer, talent and workforce development, and other efforts.