Georgia Tech student Nick Sulimirski filed a report that led to the recall of more than 10,000 older Cadillacs.

Nick Sulimirski fell in love with cars when he was 7 years old, repairing them with his dad in the family’s garage.

He bought his first car, a 1990 Jeep Wrangler, when he was just 13. To make the car more powerful, he removed the engine and replaced it with one from a Chevrolet S10 pickup truck.

His relationship with General Motors continues today. The fourth-year engineering major has completed three co-op rotations with GM and will return to the company this summer.

The company flew him to Detroit last month to have lunch with CEO Mary Barra and Jeff Boyer, GM's vice president of global vehicle safety. They recognized Sulimirski for reporting a safety problem he found in his father’s 2004 Cadillac. That report led to the recall of more than 10,000 older Cadillacs in September.

Nick noticed the problem with his dad’s car in 2013. The car stalled at highway speeds, had poor fuel economy and smelled of gasoline. The two men traced the problem to an issue with the fuel pump and fixed it themselves.

“I thought this was a pretty serious and dangerous problem and felt GM should know about it,” Sulimirski said. “But I didn’t know who to report it to.”

By the time Sulimirski returned to GM this past summer, the company had launched Speak Up for Safety, a program that recognizes employees for ideas that make vehicles safer, and for speaking up when they notice issues that could affect customer safety. He completed a form through the company’s internal site and received a response the next day.

“I’ve been blown away by how quickly they responded,” Sulimirski said. “It’s incredible to see a large company respond this way.”

GM started Speak Up for Safety to provide people with an option to openly report issues of concern, spokeswoman Jennie Ecclestone said.

"Safety is everybody's responsibility, not just the people who have safety in their title,” she said. “Nick really took that mindset to heart and helped raise an issue that we can now fix for our customers."

The callback was the first initiated through Speak up for Safety, and Sulimirski’s involvement has led to national media coverage. Friends joke he’s filling up their Facebook feeds. People stop him on campus.

For his part, Sulimirski doesn’t think he’s different from any other co-op student.

He’ll return to GM this summer for his fourth co-op rotation, working for GM Racing Powertrain. It’s an ideal assignment for Sulimirski, who drives a 2002 Pontiac Trans Am.

He will graduate in 2016 and hopes to return to Detroit.

“I’d love to get a job at GM,” Sulimirski said. “That would be my absolute dream. I’ve wanted that since I was 7 years old and working in the garage at home with my dad.” 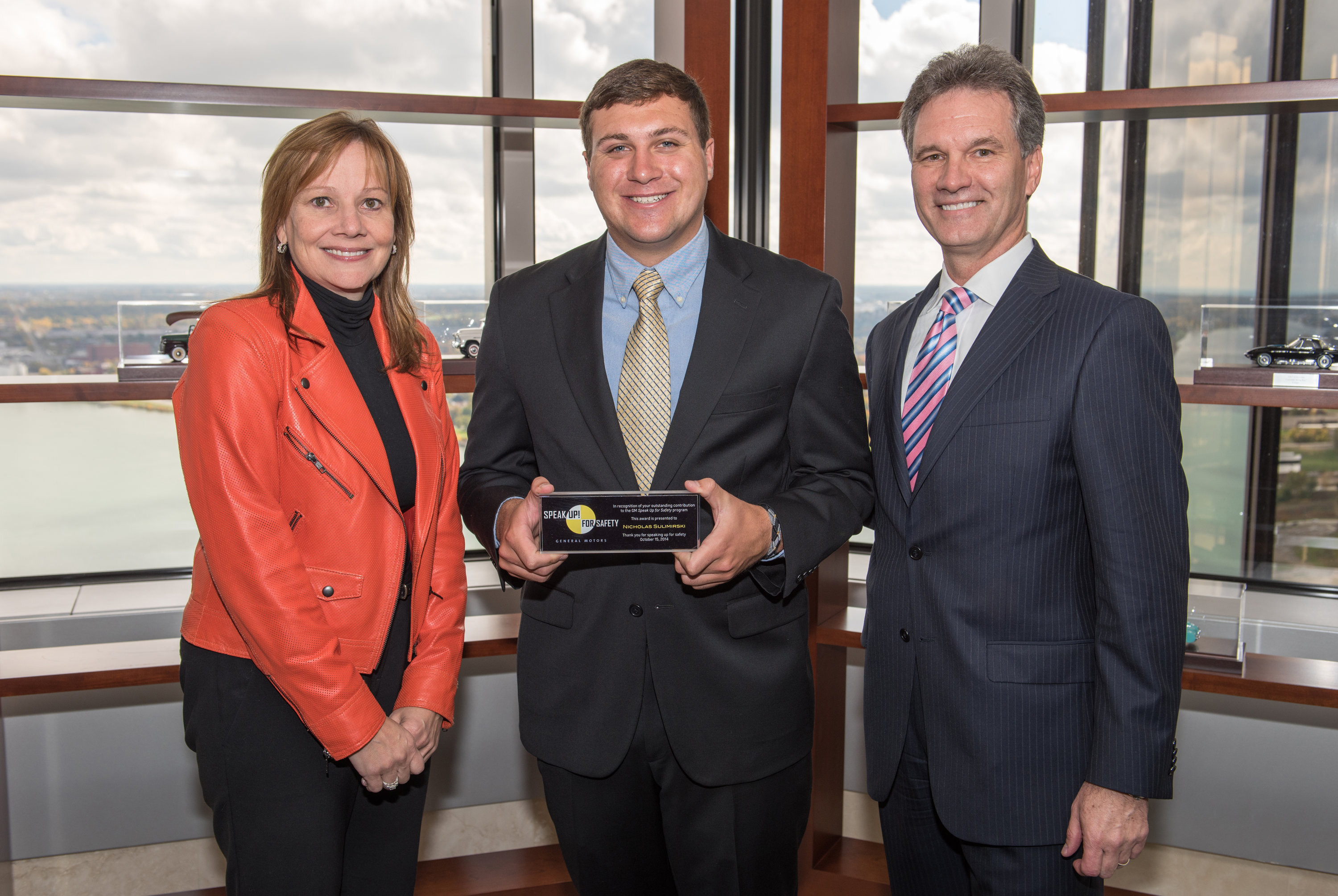 Georgia Tech started its co-op program in 1912, and the program is considered the largest optional program in the country.