Bad Memory? Blame it on the music, not the memory 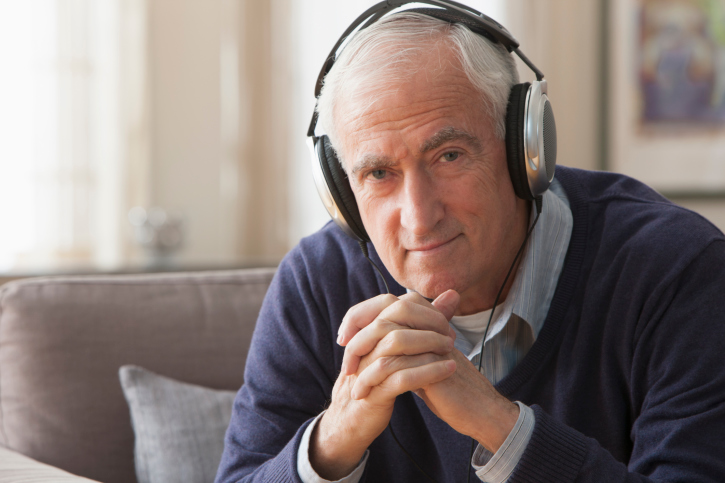 Music may help some people relax when they’re trying to concentrate. But it doesn’t help them remember what they’re focusing on, especially as they get older.

That’s the finding in a new Georgia Institute of Technology study that challenged younger and older adults to listen to music while trying to remember names. College-aged participants had no problems – the music didn’t affect their performance. But the older adults remembered 10 percent fewer names when listening to background music or musical rain as compared to silence. The findings could have implications for senior living centers and people who prefer to hold meetings away from the office.

The Georgia Tech researchers wanted to replicate everyday life because music and background noise are everywhere. Their study tested the effects on associative memory, which includes the ability to put a face with a name and remember it.

Study participants looked at a series of faces and names and were asked if the person “looked like” the assigned name. The faces were shown again a few minutes later. Participants had to determine whether the name and face combinations were the same as before. Sometimes people did the test in silence. Other times they listened to musical rain or non-lyrical rock music, including lesser-known songs from Eric Clapton, Jefferson Airplane and Rush.

“Both age groups agreed that the music was distracting,” said Sarah Reaves, the Georgia Tech psychology graduate student who led the study. “But only the older adults struggled while it was playing in the background.”

Reaves and her advisor, School of Psychology Assistant Professor Audrey Duarte, linked the results with the well-known cocktail party effect, a phenomenon that allows people to solely focus their attention on one conversation even while surrounded by multiple conversations or loud music.

“Older adults have trouble ignoring irrelevant noises and concentrating,” says Duarte, who oversees Georgia Tech’s Memory and Aging Lab. “Associative memory also declines with age. As we get older, it’s harder to remember what name went with a face or where a conversation took place.”

Reaves notes that the study could help workers in assisted living centers as they plan activities.

“They should be mindful of their surroundings. Maybe employees should turn off music during learning activities or hold them in a quiet room,” she said. “Similarly, older adults who struggle to concentrate while meeting with co-workers at a coffee shop, for example, should schedule meetings in quieter locations. When people get lost while driving, it’s probably best to turn off the radio.”

The article, “Turn Off the Music! Music Impairs Visual Associative Memory Performance in Older Adults,” is published in The Gerontologist journal. 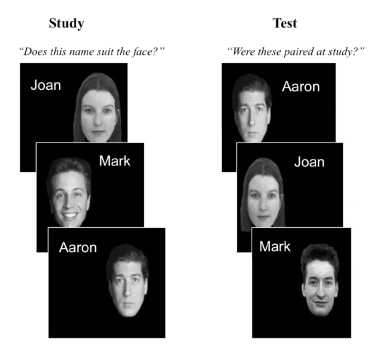 A sample of faces and names for participants. Participants were first asked if the name looked like the face. They were later asked if the face-name combinations were the same.