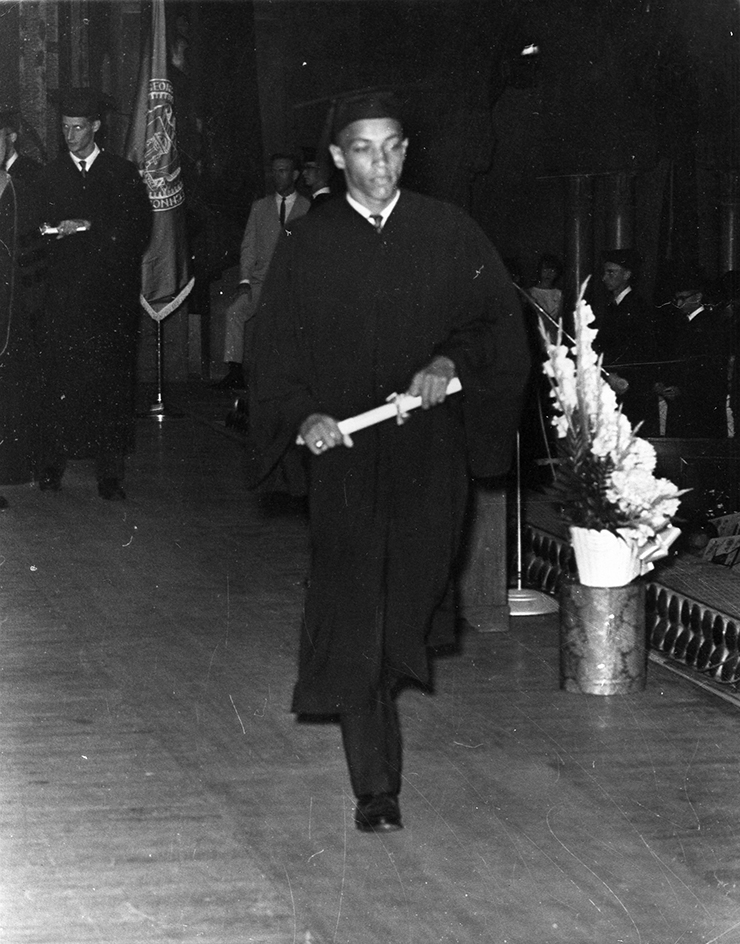 Ronald Yancey walks in commencement in June 1965 as the first man of color to graduate from Georgia Tech.

50 years ago this June, Ronald Yancey took an important step — well, several — in Georgia Tech’s history as he donned his regalia and walked across the stage as the only black man among 300 graduates and the first African-American student to receive a degree from the Institute.

His proud achievement did not come easily but was earned through years of perseverance, trials, tribulations, and loneliness.

Yancey was born in Atlanta and grew up next door to Porto Rico Whitehead, who worked for the Georgia Tech Athletic Association under coaches William Alexander and Bobby Dodd. Whitehead regularly brought home gameday programs for young Ron, who knew he wanted to go to Tech and become an engineer.

Years passed and Yancey proved to be an excellent student, consistently earning high grades. He did well on the SAT and applied to Georgia Tech. Tech rejected him, so he went to Morehouse College instead, majoring in math and physics. Morehouse did not have an engineering program, though, so in the spring of 1961, Yancey again applied to Tech, along with 15 other young black men.

Again he was rejected. His mother, strongly supportive of her son’s goals, requested an appointment with the registrar, which was granted. They were told that Ron did not fit the Tech model for success. Another letter, another request, and another meeting followed, but with the same answer. Yancey returned to Morehouse, but he was aware that Tech had accepted three of the other black applicants.

After completing his second year at Morehouse in the spring of 1962, Yancey applied again. He was conditionally accepted if he would retake the SAT and pass a summer chemistry class, all of which he did. Of the first three black students, only one was still at Tech when he arrived.

Once on campus, Yancey was cautioned against using public transportation or attending any athletic events for his own safety. He endured isolation; no one would sit near him in the classroom. He never had a lab partner. He did all of his papers and exams in ink so he could not be accused of cheating or have his work tampered with. He was made to understand that no one expected him to graduate.

Senior year presented one obstacle after another. Tech exempted seniors from final exams, but Yancey was required to take 18 exams in his five classes during the last three weeks of school. He was told by the department head that he must have a B average in his major to graduate, although that requirement was not in the catalog. To ensure that he made the grade, he requested and was given an additional six-hour exam for extra credit. He also had to write a 30-page paper on transistor theory.

Ronald Yancey prevailed — against the odds and despite the obstacles. In 1965, he crossed the stage, accepted his diploma, and realized his dream — he was a Ramblin’ Wreck from Georgia Tech and a Helluva Engineer. 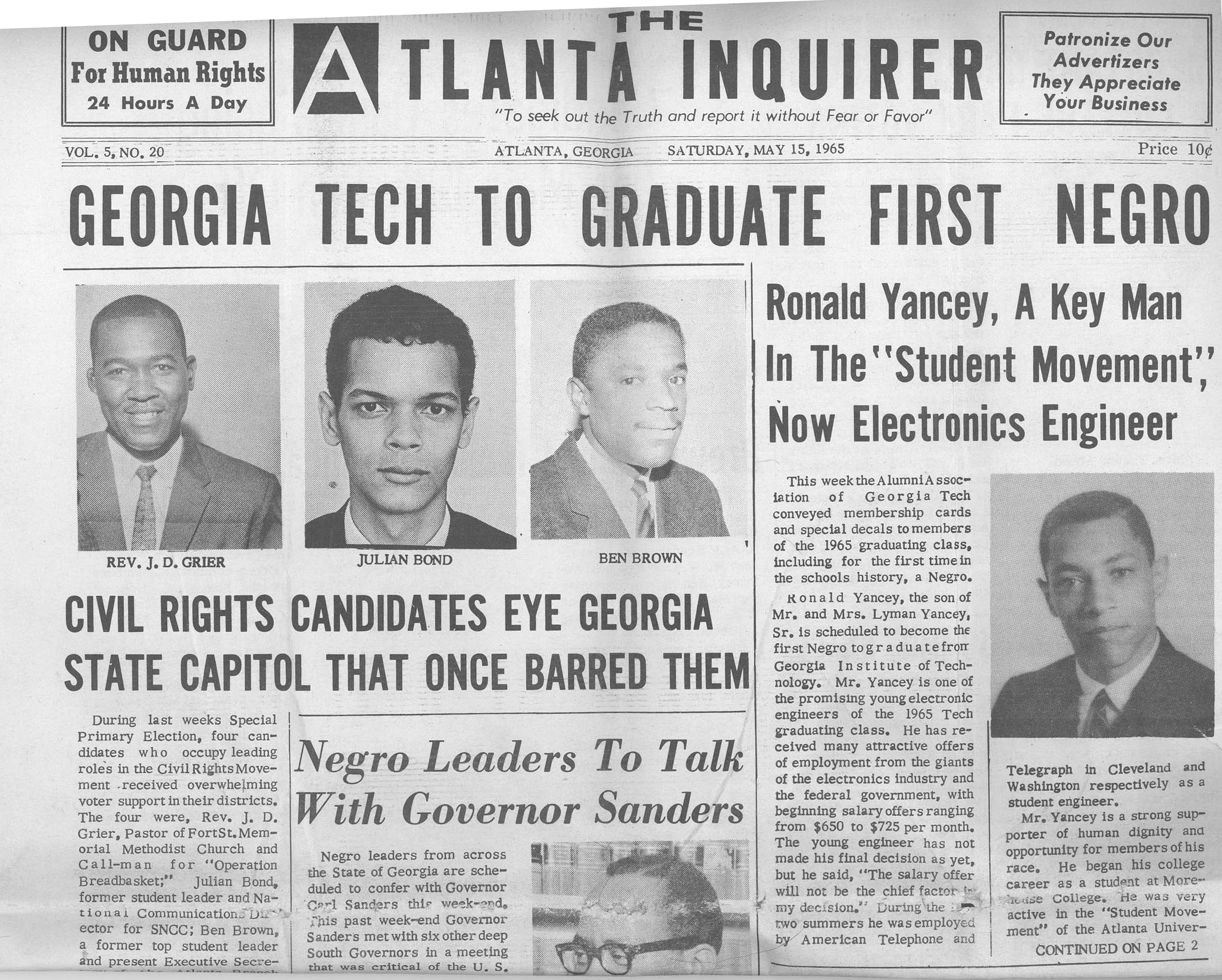 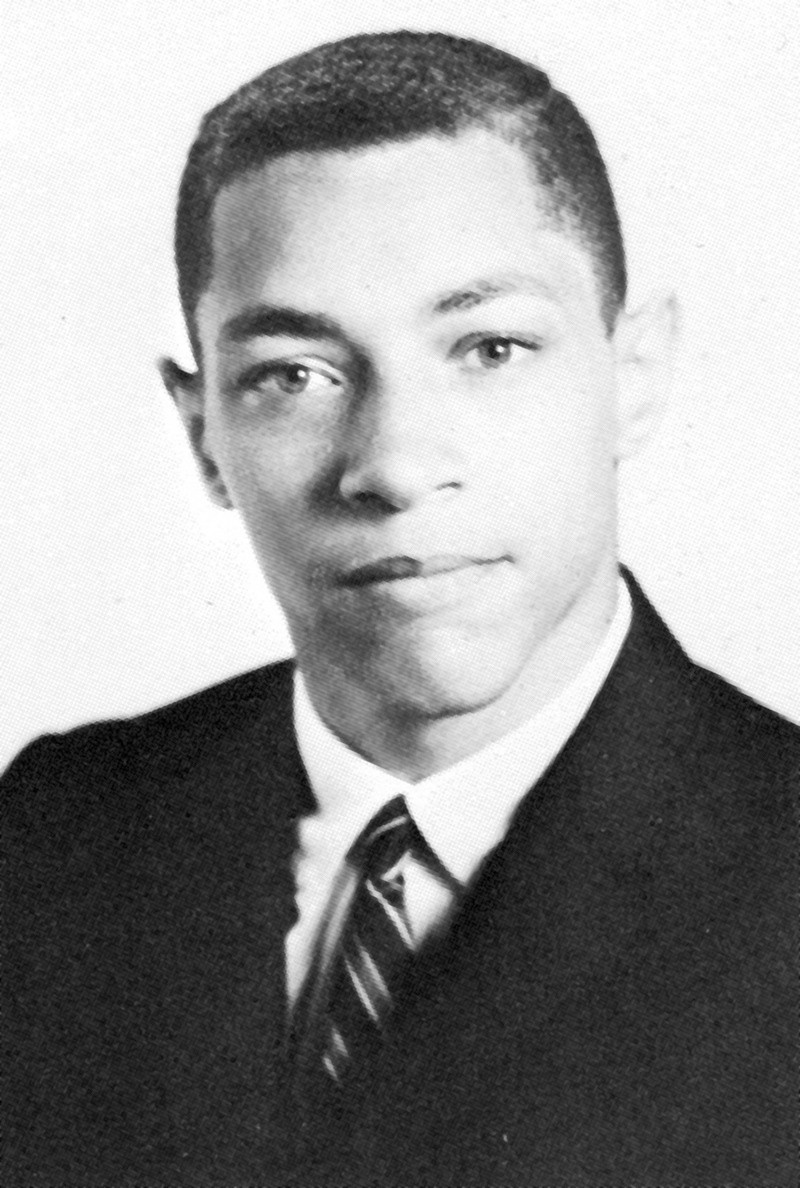 This story is part of a yearlong series marking the 130th anniversary of the beginning of Georgia Tech.