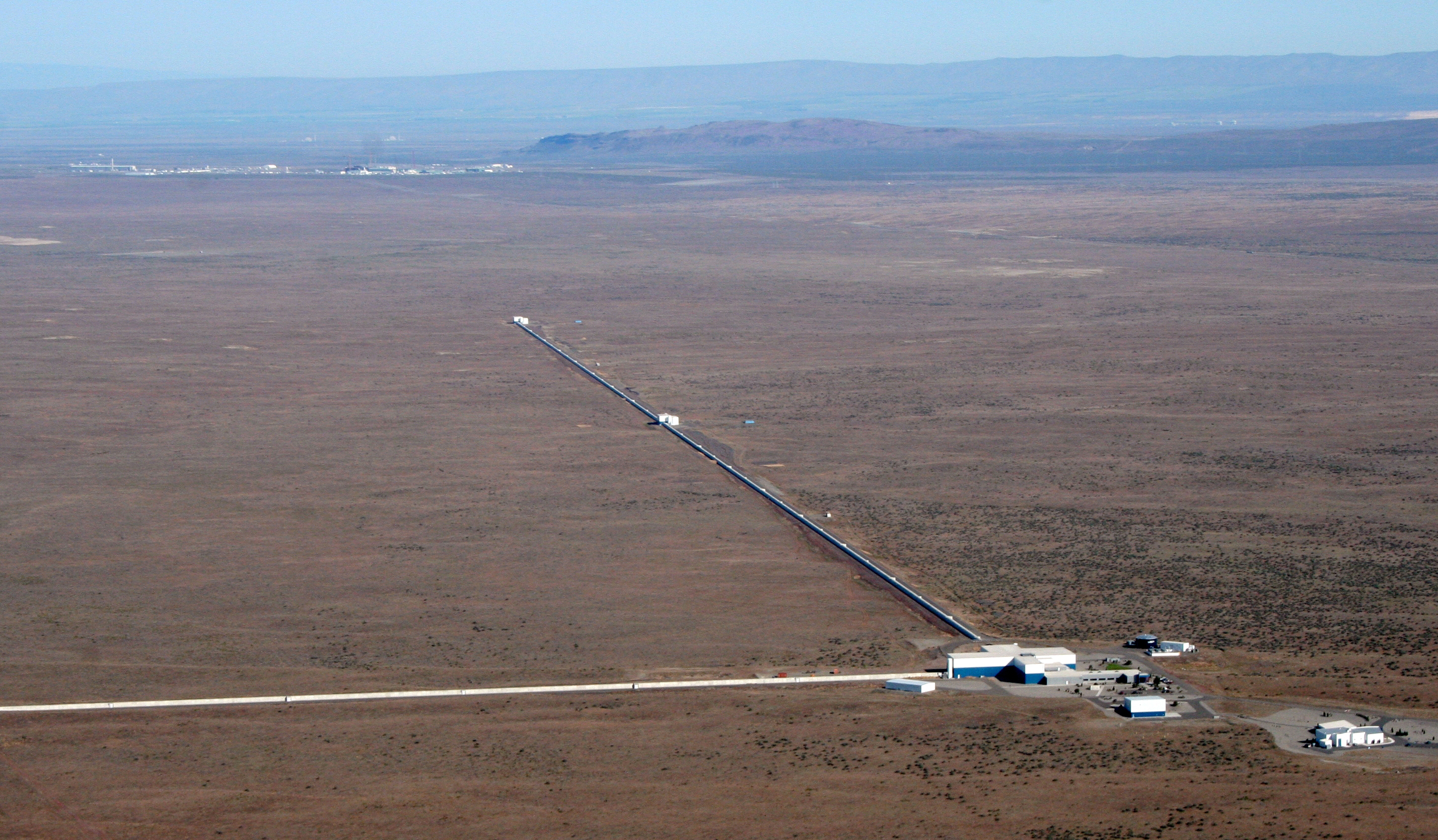 This aerial photograph shows the LIGO facility in Hanford, Washington. The two arms of the observatory are each four kilometers long. (Credit: LIGO Scientific Collaboration)

With the arrival of associate professor Laura Cadonati, the Georgia Institute of Technology is now part of another major international scientific research project: the Laser Interferometer Gravitational-wave Observatory (LIGO).

LIGO will for the first time directly detect gravitational waves, the ripples in the fabric of space-time predicted a century ago by Einstein with his theory of general relativity. Detecting and characterizing gravitational waves will unveil a new perspective of the cosmos, complementing the view provided by electromagnetic waves such as visible light, X-rays, radio, infrared and gamma rays.

Cadonati, currently chair of the LIGO Scientific Collaboration data analysis council, has joined the Center for Relativistic Astrophysics (CRA) in the Georgia Tech School of Physics. The center is devoted to interdisciplinary research and education linking astrophysics, astroparticle physics, cosmology and gravitational physics. In addition to Cadonati, the LIGO effort at Georgia Tech will also include Deirdre Shoemaker, an associate professor in the School of Physics and director of the CRA, and will involve close collaboration with Pablo Laguna, chair of the School of Physics.

Georgia Tech’s involvement will also include a high-performance computing facility and the construction of a remote monitoring facility with live data feeds from LIGO observatories in Livingston, Louisiana and Hanford, Washington. The campus facility will also provide training for scientists to learn the intricacies of the LIGO instruments and the complexities involved in the analysis of the data. The facility will also include a tabletop interferometer to be used for student training and outreach. Participation and leadership in the LIGO Scientific Collaboration will enable research opportunities for Georgia Tech faculty members working on big data analysis, optical interferometry and related technologies.

Through the School of Physics and the CRA, Georgia Tech is already a participant in other major astrophysics projects. Ignacio Taboada, associate professor in the School of Physics, leads astroparticle efforts at Georgia Tech connected with the IceCube Neutrino Observatory, located at the South Pole, and the High-Altitude Water Cherenkov Observatory (HAWC) to be inaugurated in Sierra Negra, Mexico. Assistant professor Nepomuk Otte, also in the School of Physics and a member of the CRA, leads efforts as part of the Very Energetic Radiation Imaging Telescope Array System (VERITAS) and Cherenkov Telescope Array.

“With the detection of gravitational waves adding to discoveries with electromagnetic waves and astroparticles, we will complete the multi-messenger trifecta to gain better understanding of our universe,” said Cadonati. “Gravitational waves add a different perspective because they are not produced by motion or interaction of charged particles, but from the rapid motion of highly compact objects.”

Because gravitational waves travel almost undisturbed through matter, when they arrive in the LIGO detector, they will still carry detailed information about the source that produced them. But obtaining this pristine information comes with a price, Cadonati noted: “The fact that gravitational waves travel undamaged through intervening objects makes them extremely difficult to catch.”

By the time a gravitational wave arrives on Earth, its effects are almost imperceptible. Nonetheless, the waves will produce deformation on the objects they traverse, with larger objects affected more by the deformation. Each LIGO observatory is constructed in an L-shape, with arms four kilometers in length containing instruments capable of detecting miniscule stretching and contracting of the arms at size scales of a thousandth the diameter of a proton.

The measurements require precision interferometry. A powerful laser is split into two beams, each one traveling down a different arm of the instrument. The beams bounce off a mirror at the end of each arm and return to the center exactly out of phase, cancelling out the energies of each. However, if the passing of a gravitational wave lengthens one arm while shortening the other – as predicted by general relativity – the beams will no longer be exactly out of phase. Controlling for other possible perturbations such as quantum noise, emission of even a few photons from the recombined laser beams will provide indication of a gravitational wave.

Gravitational waves impinging on Earth will arrive at the LIGO detectors in Washington State and Louisiana at different times. As with the triangulation used in global positioning systems, slight differences in what the observatories measure should allow scientists to determine where the waves originated in galaxies billions of light years away.

“These will be very tricky measurements to do,” added Cadonati, who’s interested in the evidence of transient events. Ultimately, however, LIGO should be able to obtain information about background gravitational waves, which could provide new information on the earliest seconds of the universe.

“If we become very good as measuring gravitational waves, we could go after the gravitational waves from the Big Bang,” she said. “Those waves are still out there, and they could provide a new way to probe what happened in the early universe.”

The LIGO facilities in Louisiana and Washington State have been built, turned on and are being tested, but are not yet operating at full power. The goal is to start observations by the end of 2015, Cadonati said. An earlier facility known as initial LIGO demonstrated that the concept would work, but the proof will be observing a gravitational wave rippling through the Earth.

Though measuring gravitational waves is the goal for LIGO, attaining that goal will facilitate a larger objective: combining information from LIGO, IceCube and observatories measuring electromagnetic radiation. Observing the same event with three different “messengers” could unlock some of the greatest mysteries of the universe.

“If you’ve got gravitational waves, electromagnetic radiation and neutrinos, and at the same time see a gamma-ray burst, that would be the holy grail of multi-messenger astronomy,” said Shoemaker. “Bringing all these signals together will help us break the code for understanding what is happening in the universe.” 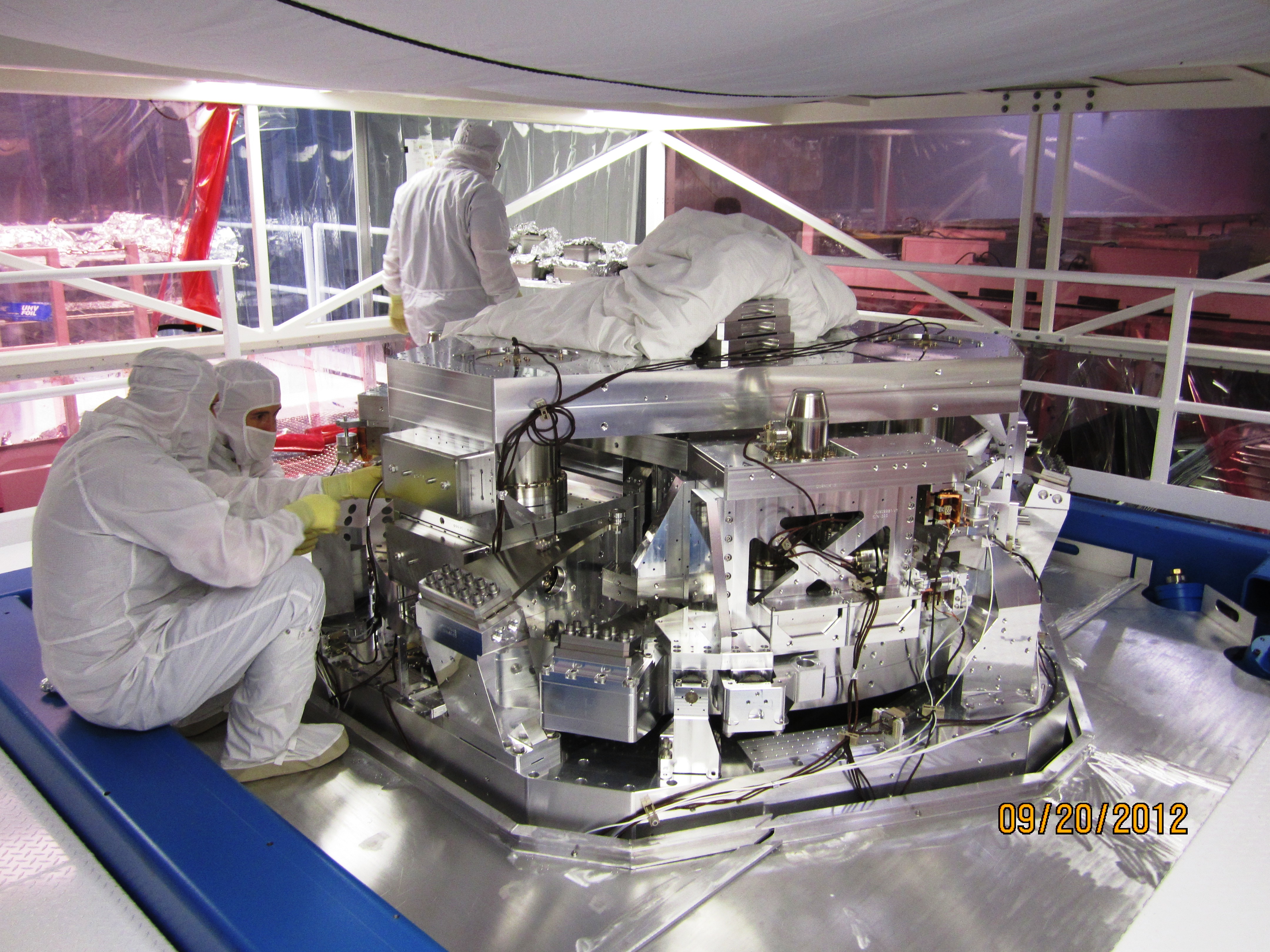 Workers in Livingston, Louisiana are shown installing equipment used to split a powerful laser into two beams, each one traveling down a different arm of the LIGO observatory. The beams bounce off a mirror at the end of each arm and return to the center exactly out of phase, cancelling out the energies of each. (Credit: LIGO Scientific Collaboration) 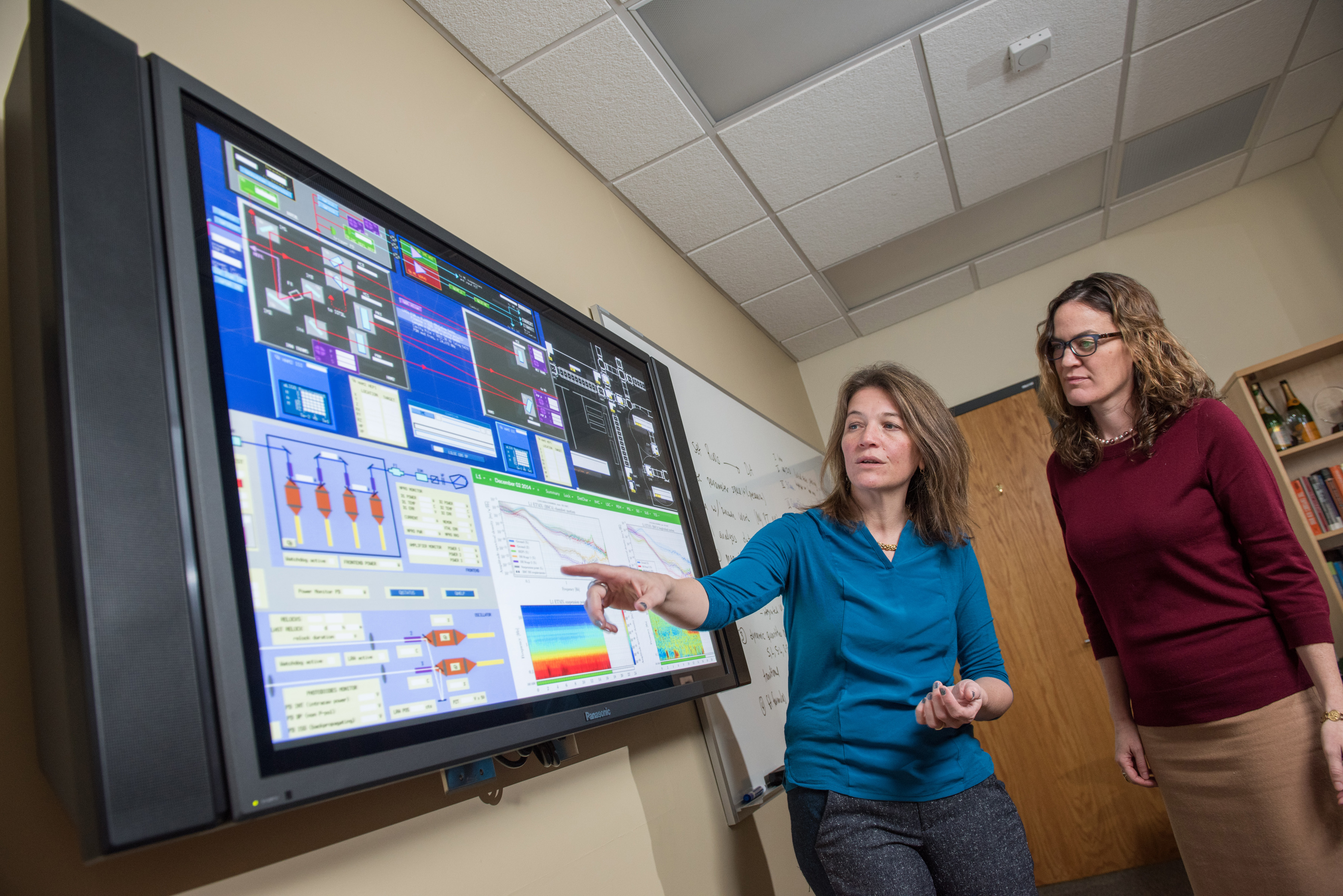