George Nemhauser, widely considered to be one of the world’s top optimization researchers, is receiving the Class of 1934 Distinguished Professor Award. 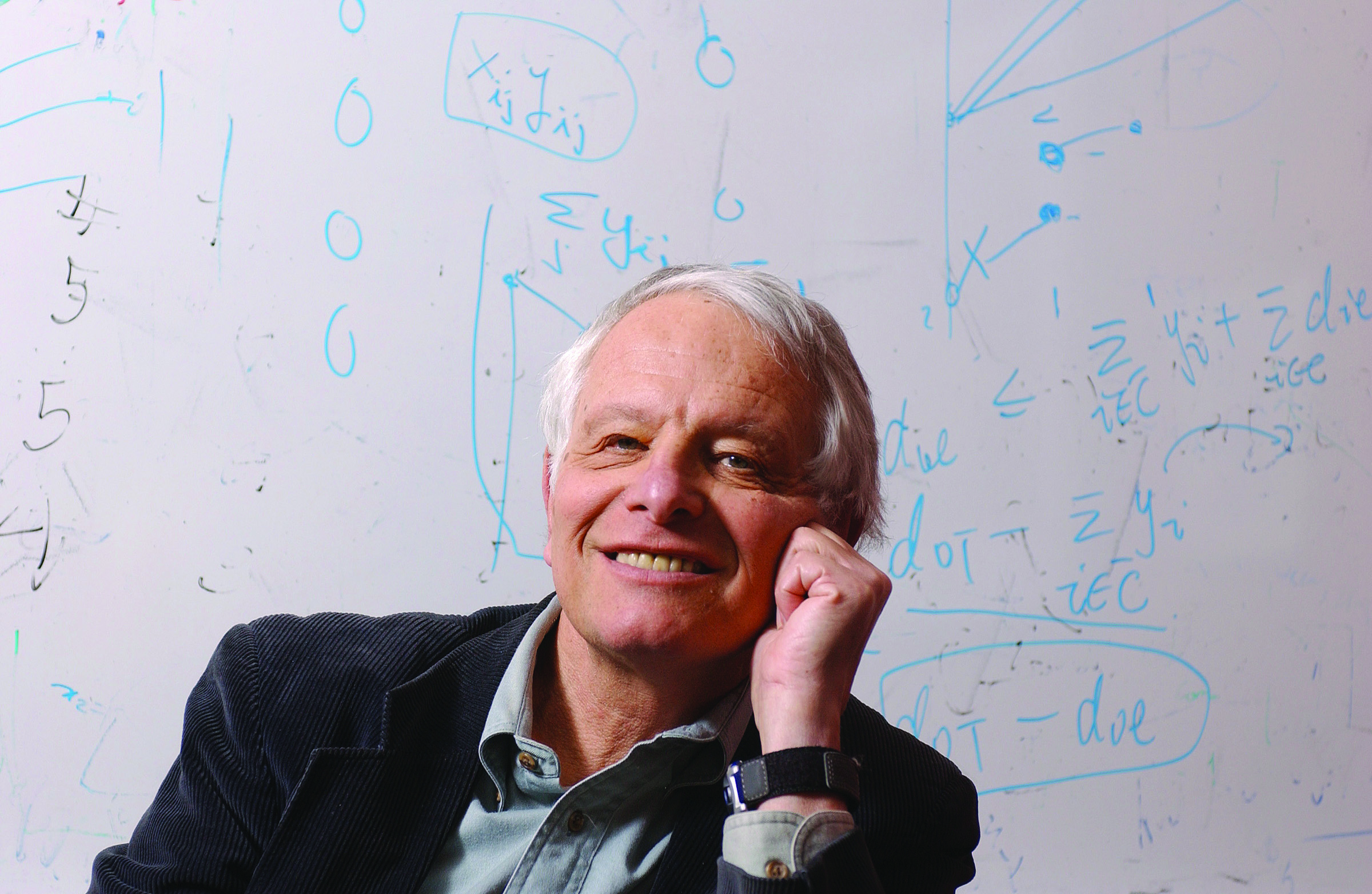 George Nemhauser is widely considered to be one of the world’s top optimization researchers, and he has received the official recognition to match: He is the A. Russell Chandler III Chair and Institute Professor in the H. Milton Stewart School of Industrial & Systems Engineering (ISyE), recipient of the inaugural Khachiyan Prize for lifetime contributions to the field, and the only person to twice receive the Lanchester Prize for best publication in operations research. He is also the first sitting professor at Georgia Tech to be elected to the National Academy of Engineering. Now, he is receiving the Class of 1934 Distinguished Professor Award.

“Almost all the awards I have received have been from my profession,” Nemhauser said. “This is the Georgia Tech award. This means a lot to me because it connects directly to Georgia Tech.”

The Class of 1934 Distinguished Professor Award recognizes outstanding achievement in teaching, research, and service. It is the highest award given to a faculty member. The award, instituted in 1984 by the Class of 1934 in observance of its 50th reunion, is presented to an active professor who has made significant, long-term contributions — contributions that would have brought widespread recognition to the professor, to his or her school, and to the Institute.

Letters of support for Nemhauser’s nomination came from colleagues and former students around the world.

“My stimulation and the fact that I can still be working and having lots of fun — as old as I am — is because of what these people give to me,” said the 77-year-old. “I’m not this great humanitarian, unselfish guy by any means. It’s completely a two-way deal. When I get a chance to work with these young people, to me, that’s the greatest pleasure in life. That’s always been the best thing for me: to work one-on-one or with a small number of undergraduate and graduate students and young faculty. Those are the people who keep me on my toes.”

From Center Field to Operations Research

Growing up in New York, Nemhauser dreamed of playing center field for the Yankees. He estimated that by the time he was ready for the position, Joe DiMaggio would be retiring. That didn’t happen. He was a teen when DiMaggio retired, and Mickey Mantle took the position.

“I played all sports — with lots of effort and very limited ability. I did not have talent,” Nemhauser laughed. “But I love math. I was the kid who could compute the other kids’ batting average. I wasn’t the best player, but if they wanted to know their batting average — see George.”

When it was time to head to college, Nemhauser was leaning toward majoring in math, but his mother encouraged him to study engineering. It was during a summer internship that he first learned about optimization and game theory, and he was fascinated. He started graduate school in chemical engineering, but switched to operations research as the field was just starting academically.

“Man, was I lucky,” he said. “Any success like this — honestly, so much of it is luck: being in the right place at the right time. I believe that 100 percent.”

“Optimization is about decision making. Whether it’s a problem in business or a problem related to health or medicine, the notion is: ‘How can we use optimization to make better decisions?’

Nemhauser’s company, the Sports Scheduling Group, schedules games for the ACC, the SEC, the Big 10, and Major League Baseball.

“Scheduling Major League Baseball is a big optimization problem. You have all of these games to schedule, and a lot of it is driven by television contracts, which is where the revenue comes from. If you don’t get the right games at the right time — that Saturday or Sunday afternoon game between the Yankees and the Red Sox — the contracts won’t be what they would be otherwise.”

Having started teaching in 1961, Nemhauser has advised 65 doctoral students. Many of them are now on the faculty at MIT, Chicago, Northwestern, Carnegie Mellon, Berkeley, and other top universities around the world. One of the biggest changes he’s noticed over the 54 years he’s had dealings with graduate students is the interaction with them.

“I’ve always tried to eliminate formality. I hate formality. I’m a very, very casual person,” he said. “When I started, there was more formality. To get a graduate student to call me ‘George’ was hard. But I needed to do that from the get-go, so I spent time trying to break down the formality that existed between faculty and students. Now, I think that problem has gone away. Things are much more casual.”

In keeping with his casual approach, Nemhauser says he doesn’t have a specific plan for the future. 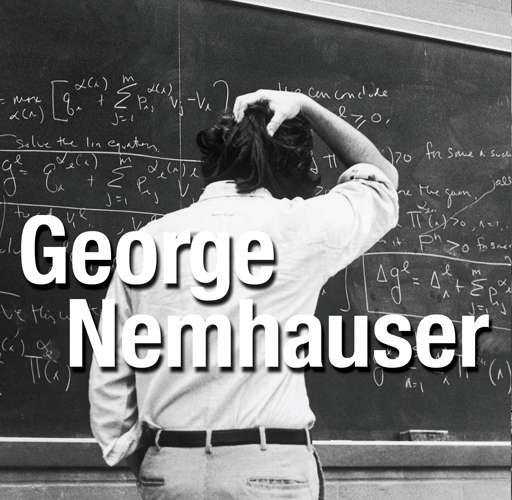 Scratching his head, facing a chalkboard.