Hard to Say I’m Sorry: How to Make an Apology

People often find themselves in trouble and feel the need to apologize. Some do it well, and the controversy dies. Others botch the apology, causing the controversy to grow. What separates the good apologies from the bad? 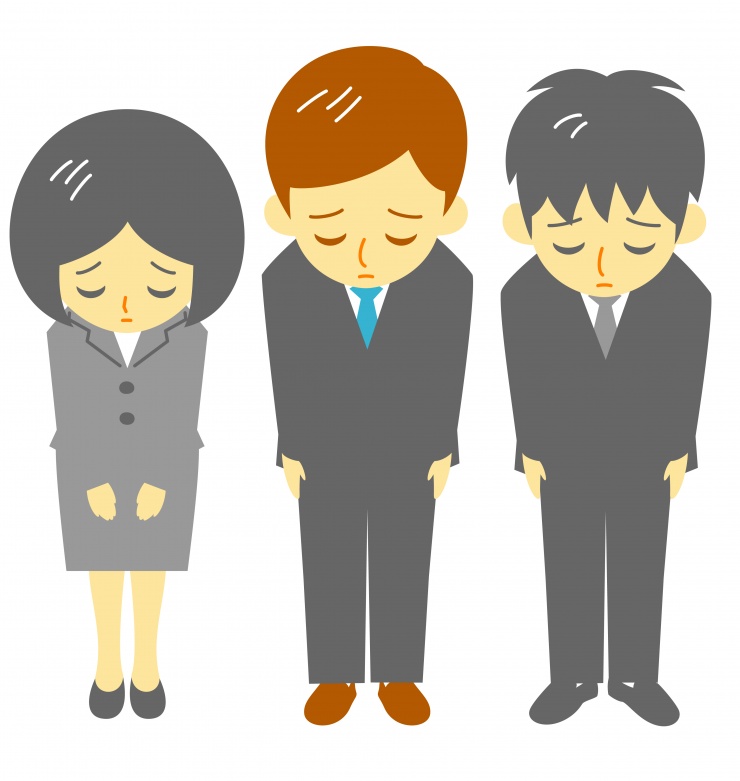 Politicians, corporate executives, and celebrities often find themselves in trouble and feel the need to apologize. Some do it well, and the controversy dies. Others botch the apology, causing the controversy to grow. What separates the good apologies from the bad?

“Public apologies get a lot of press when an event is catastrophic or when a celebrity bungles an apology,” said Rebecca Burnett, Class of 1958 Professor of Rhetoric and director, Writing and Communication Program in the School of Literature, Media, and Communication. “Bad apologies abound; they’re insincere, offering too little, too late,” she said. “Good apologies are rare; they’re believable and begin to rebuild trust.”

Lucien Dhooge, the Sue and John Staton Professor of Law in the Scheller College of Business, said apologies can be a tricky business.

“In the words of the Elton John song, ‘sorry seems to be the hardest word,’ although it bears noting that simply stating that one is ‘sorry’ for a specific set of circumstances is not the same as apologizing for causing them to occur,” Dhooge said.

He added that no one likes to admit that he or she was mistaken about a situation, harmed another person through his or her actions, or failed to live up to personal behavioral expectations.

“We think of ourselves as more caring, sensitive, ethical, and better behaved than our fellow human beings,” said Dhooge. “Apologies are an acknowledgement of our shortcomings and thus can be difficult no matter if it is in a personal or professional context.”

What is the correct way to apologize — and make it stick?

Effective apologies share several common traits. Burnett and Dhooge agree that sincerity, specifically a heartfelt and personal statement of regret, is at the top of the list.

“Make the apology genuine, sincere, heartfelt, honest — and work hard to make sure it is perceived as genuine by the various public audiences, which is difficult to do,” said Burnett. She also suggests practicing the delivery to avoid losing track of ideas and appearing unsure.

According to Dhooge, “Sincerity goes a long way toward repairing the damaged relationship between the apologizer and the recipient. On the other hand, reading verbatim from a prepared statement or being surrounded by a bevy of attorneys and public relations personnel may have the opposite effect.”

The timing of the apology also is important.

“Offer the apology early in the public information about the wrongdoing/incident/mistake/accident/event rather than delaying it by hours or days,” said Burnett.

Dhooge said, “The longer one waits to apologize, the longer the addressed harm has to fester and infect the relationship going forward. A delayed apology also conveys the impression that the apologizer was so insensitive as to not grasp the harmful nature of his or her actions or simply did not care enough to offer timely words of regret.”

The apology also needs to be in “plain English,” said Dhooge.

“This is not the time for management speak, customer relations jargon, or legal mumbo-jumbo, which often conveys defensiveness or a focus on the future when attention should be on the here and now,” he said. “The apologizer should clearly describe the circumstances that necessitated the apology and express regret for their occurrence.”

In addition, Burnett said the apologizer also should promise that the mistake will not happen again.

“Don’t skimp and omit parts of the apology — acknowledgment of wrongdoing, acceptance of responsibility, expression of regret, and a promise not to repeat the wrongdoing,” she said. “And don’t hedge or use weasel words.”

Some apologies miss the mark and fail to resonate with the intended audience. One reason is that the apologizer expects to be forgiven.

“The apologizer may seek forgiveness, but there is no guarantee that the apology will be accepted,” Dhooge said. “Stated another way, simply making an apology does not entitle one to forgiveness. Some apologizers lose track of this point and thus cannot understand why their apologies fell flat.”

Dhooge said the expectation of immediate exoneration is unrealistic.

“Acceptance and forgiveness are only granted by the recipient and cannot be demanded by the apologizer,” he said.

Avoiding the “I want to apologize” trap is also critical.

“Language should be taken at face value,” said Dhooge. “Stating that one wants to [apologize] is not actually doing it. ‘Wanting’ to do something and actually ‘doing’ something are two different concepts altogether,” he said.

Burnett agrees that the language is very important.

“Avoid an apology that includes profanity; makes slurs against race, gender, ethnicity, age and so on; blames someone else (especially an underling); or offers excuses,” she said.

Delivering a strong apology can be hard to do. However, Burnett said that well-done apologies have distinct benefits.

“Good apologies may touch personal lives of victims, defuse public anger, satisfy a sense of taking moral responsibility, serve to make amends (or begin that process), ameliorate litigation, and begin to resolve the problem,” she said.