Georgia Tech researchers are improving the strength and modulus of carbon fibers. 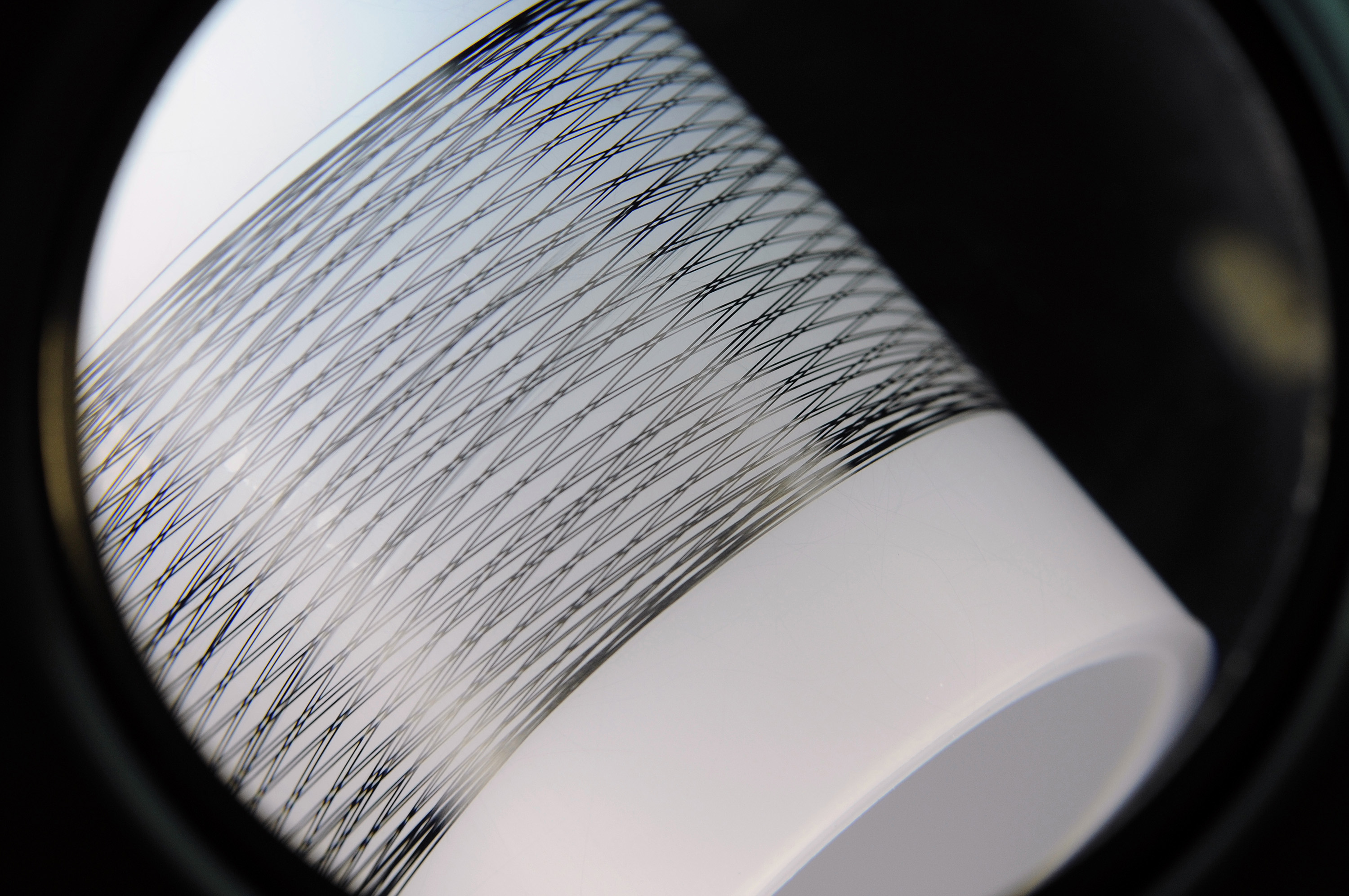 Carbon fibers are stronger and lighter than steel, and composite materials based on carbon-fiber-reinforced polymers are being used in an expanding range of aerospace, automotive, and other applications – including major sections of the Boeing 787 aircraft. It’s widely believed, moreover, that carbon-fiber technology has the potential to produce composites at least 10 times stronger than those in use today.

A research team at the Georgia Institute of Technology has developed a novel technique that sets a new milestone for the strength and modulus of carbon fibers. This alternative approach is based on an innovative technique for spinning polyacrylonitrile (PAN), an organic polymer resin used to make carbon fibers.

The work is part of a four-year, $9.8 million project sponsored by the Defense Advanced Research Projects Agency (DARPA) to improve the strength of carbon-fiber materials. The research was reported recently in the journal Carbon.

"By using a gel-spinning technique to process polyacrylonitrile copolymer into carbon fibers, we have developed next-generation carbon fibers that exhibit a combination of strength and modulus not seen previously with the conventional solution-spun method," said Satish Kumar, a professor in the Georgia Tech School of Materials Science and Engineering who leads the project. “In addition, our work shows that the gel-spinning approach provides a pathway for even greater improvements.”

Kumar explained that tensile modulus – a measure of stiffness -- refers to the force needed to stretch a material by a given amount. Tensile strength expresses how much force is required to actually break the material.

In gel spinning, the solution is first converted to a gel; this technique binds polymer chains together and produces robust inter-chain forces that increase tensile strength. Gel spinning also increases directional orientation of fibers, which also augments strength. By contrast, in conventional solution spinning, a process developed more than 60 years ago, PAN co-polymer solution is directly converted to a solid fiber without the intermediate gel state and produces less-robust material.

The gel-spun carbon fiber produced by Kumar’s team was tested at 5.5 to 5.8 gigapascals (GPa) – a measure of ultimate tensile strength – and had a tensile modulus in the 354-375 GPa range. The material was produced on a continuous carbonization line at Georgia Tech that was constructed for this DARPA project.

“This is the highest combination of strength and modulus for any continuous fiber reported to-date,” Kumar said. “And at short gauge length, fiber tensile strength was measured as high as 12.1 GPa, which is the highest tensile-strength value ever reported for a PAN-based carbon fiber.”

Moreover, Kumar noted, the internal structure of these gel-spun carbon fibers measured at the nanoscale showed fewer imperfections than state-of-the-art commercial carbon fibers, such as IM7. Specifically, the gel-spun fibers display a lower degree of polymer-chain entanglements than those produced by solution spinning. This smaller number of entanglements results from the fact that gel spinning uses lower concentrations of polymer than solution-spinning methods.

Kumar and his team convert the gel-spun polymer mix into carbon fibers via a selective treatment process called pyrolysis, in which the spun polymer is gradually subjected to both heat and stretching. This technique eliminates large quantities of hydrogen, oxygen, and nitrogen from the polymer, leaving mostly strength-increasing carbon. 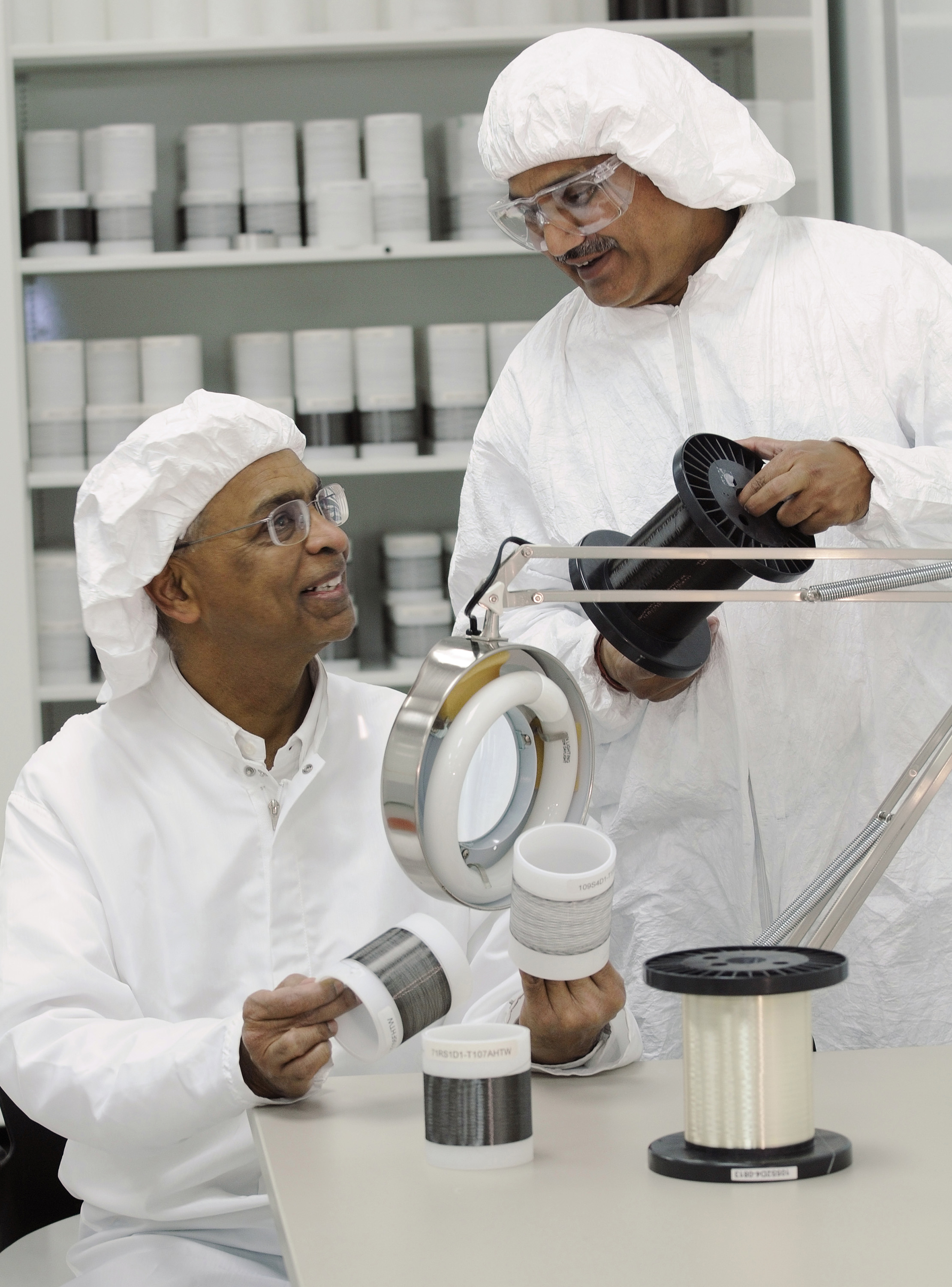