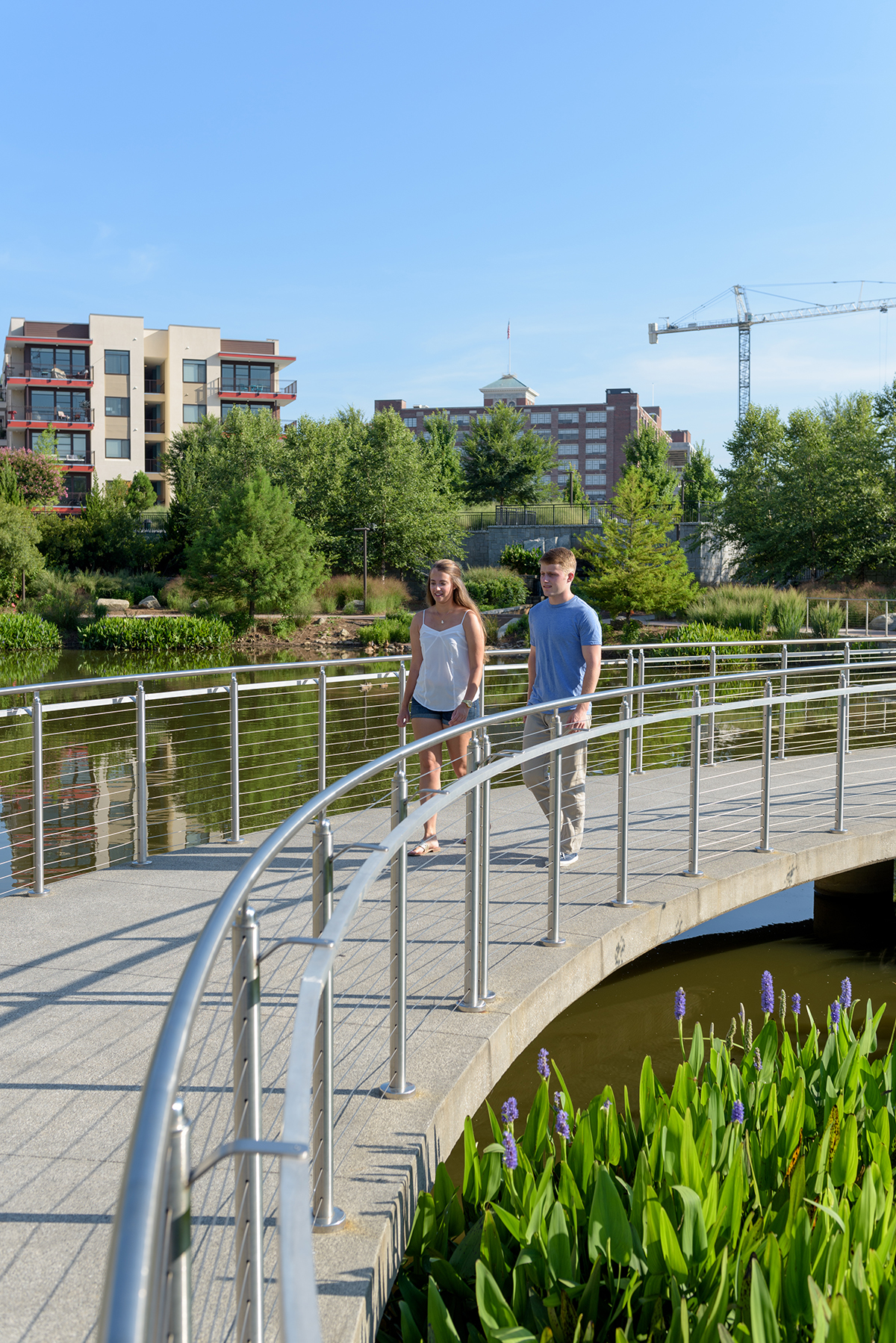 How will we build the cities of the future in a sustainable way?

A new National Science Foundation-funded research network will connect scientists at nine universities with infrastructure groups, public policy experts, and industry partners to reimagine cities. Georgia Tech will be an anchor of the $12 million network, which will be led by the University of Minnesota, and School of Civil and Environmental Engineering professor Ted Russell will serve as a co-director.

“We’re looking at real-life cities and figuring out how to make these cities work better and how to help cities [in general] evolve.”

The idea is to reimagine infrastructure — energy grids, road networks, green spaces, and food and water systems — to create cities that are highly functional, that promote the health of residents and the environment, and that have that intangible “vibe” that makes them desirable places to live and work.

“We have to think in new ways about a city’s physical infrastructure to develop sustainable solutions,” said Anu Ramaswami, the project’s director and a professor in the Humphrey School of Public Affairs at the University of Minnesota. “Understanding that these physical systems are interconnected serves as a foundation for this work. For example, urban farms wouldn’t work very well without thinking about water, energy and transportation infrastructure as well as people, markets and policies.”

The network will use cities across the United States and in India as “test beds” for its work, a unique approach that Russell said means the outcome of the network’s studies will have significant impact. Atlanta is one of those cities.

“One of the points we made with this proposal is that it’s action-oriented, with the idea that the output of this project is not papers, it’s actually actions,” he said. “[We will] not only specify what actions might be taken but actually help realize those actions.”

“Real success at the end of those four years would be one or more cities — having worked with us from the beginning — take actions that will lead to improving the livability of their city,” Russell said. “That could come in multiple ways: improved transit options, improved plans for water usage, effective urban farming, or strategies to improve air quality that they’ve actually implemented and to inform their citizenry of how to reduce their exposures to harmful chemicals and lead more healthy lives.”

The network stretches beyond civil and environmental engineering at Tech: Nisha Botchwey, an associate professor in the School of City and Regional Planning, and Peter Webster, a professor in the School of Earth and Atmospheric Sciences, will have significant roles, as will Tech’s Center for Education Integrating Science, Mathematics and Computing (better known as CEISMC).

In fact, Botchwey will lead the education component of the project, which includes outreach to K-12 students, college graduate students and Native American communities. Those efforts will include an innovative interdisciplinary summer school at the network’s nine partner schools.

Russell said Tech’s wide-ranging involvement in the project fits in perfectly with the Institute-wide focus in the coming decade on sustainability and community. Officials announced the Serve•Learn•Sustain initiative earlier this year as part of the Institute’s reaccreditation process.

“This fits in extremely well with that, because we are hitting all of those pieces in [the project],” Russell said.

Learn more about the project in the University of Minnesota news release and on the project’s website.