An Animal That “Flies” through the Ocean

It turns out that the sea butterfly (Limacina helicina), a zooplankton snail that lives in cold oceans, lives up to its name. Georgia Institute of Technology researchers went to the Pacific Ocean to scoop up hundreds of the 3-millimeter marine mollusks (pteropods) and then used high-speed cameras to watch how they move. They found that sea butterflies don’t paddle like most small water animals. Instead, they’re like flying insects, flapping their wings to produce lift and propel them through the water.

“Snails evolutionarily diverged from flying insects 550 million years ago,” said Donald Webster, a professor in Georgia Tech’s School of Civil and Environmental Engineering. “Hence, it is amazing that marine snails are using the same figure-eight wing pattern that is typical of their very distant airborne relatives.”

Another amazing similarity between the pteropods and insects is the use of a clap-and-fling wing motion. Each species claps its wings together, then rapidly flings them apart to generate enhanced lift.

“Almost all other plankton use their appendages as paddles, kind of like a turtle,” said David Murphy, who led the study and received his Georgia Tech doctoral degree in 2012.  “Sea butterflies are honorary insects.”

Murphy is now a postdoctoral fellow at Johns Hopkins University.

The team did find one major difference in sea butterflies and flying insects. Nearly two-thirds of the plankton’s body is its shell. When it’s not moving forward, it sinks to the ocean floor. To avoid sinking, the pteropod rotates its body up to 60 degrees with each stroke. The rotation puts its wings in the proper position to flap downward during every half-stroke (about 10 times per second) and move in an upward, zig-zag path in the water.

“Insects and birds don’t typically rotate their bodies in a similar manner to generate lift,” said Webster. “By rotating their shell during each stroke, sea butterflies put their wings in a position to always generate upward thrust and fly forward.”

The researchers study the plankton for two reasons. First, they play a vital role in the food web in the Pacific, Arctic and Southern Oceans. Fish, seals and sea birds eat them in massive quantities. Second, absorption of carbon dioxide increases the acidity of the oceans. As carbon dioxide levels increase in the future, so will seawater acidity, which breaks down the shells of pteropods. The Georgia Tech team wanted to better understand how they moved. The next steps in the research are seeing how changes in both shell composition and fluid viscosity affect its ability to rotate its body and “fly” upward.

Civil Engineering Postdoctoral Fellow Deepak Adhikari and School of Biology Professor Jeannette Yen also co-authored the research paper. They both traveled to Antarctica in 2014, in part, to study pteropods, which grow as large as six millimeters in the frigid Southern Ocean.

In addition to better understanding the biomechanics of the animal’s movement, the team thinks their findings could someday help engineers build miniature autonomous robots that swim in the ocean.

The study, “Underwater flight by the planktonic sea butterfly,” is published in the current issue of the Journal of Experimental Biology.

Sea butterflies, or Limacina helicina, is a zooplankton snail that lives in cold oceans. 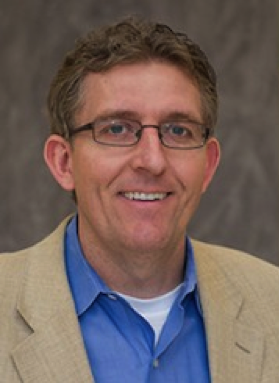