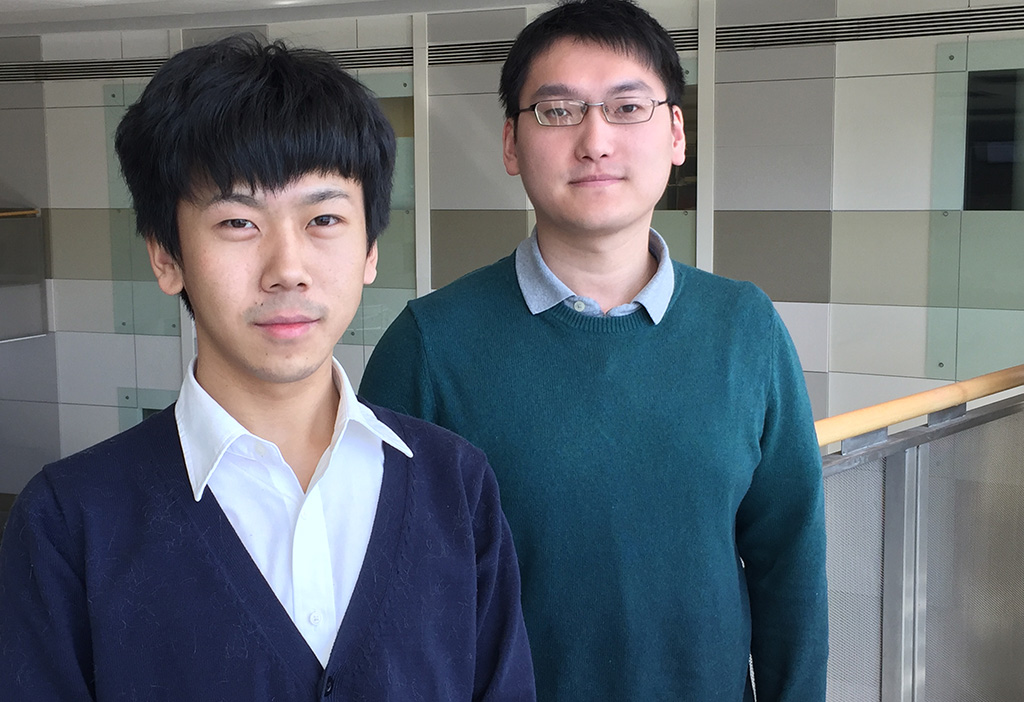 Graduate students Wei Meng (l) and Ren Ding (r) at the Georgia Institute of Technology led a study of how personalized ads can leak profile information from an ad network to the mobile app developer.

ATLANTA – February 22, 2016 – The personal information of millions of smartphone users is at risk due to in-app advertising that can leak potentially sensitive user information between ad networks and mobile app developers, according to a new study by the School of Computer Science at the Georgia Institute of Technology.

The study examined more than 200 participants who used a custom-built app for Android-based smartphones, which account for 52 percent of the U.S. smartphone market according to comScore’s April 2015 report. Georgia Tech researchers reviewed the accuracy of personalized ads that were served to test subjects from the Google AdNetwork based upon their personal interests and demographic profiles; and secondly, examined how much a mobile app creator could uncover about users because of the personalized ads served to them.

Researchers found that 73 percent of ad impressions for 92 percent of users are correctly aligned with their demographic profiles. Researchers also found that, based on ads shown, a mobile app developer could learn a user’s:

Some personal information is deemed so sensitive that Google explicitly states those factors are not used for personalization, yet the study found that app developers still can discover this information due to leakage between ad networks and app developers.

“Free smart phone apps are not really free,” says Wei Meng, lead researcher and a graduate student studying computer science. “Apps – especially malicious apps – can be used to collect potentially sensitive information about someone simply by hosting ads in the app and observing what is received by a user. Mobile, personalized in-app ads absolutely present a new privacy threat.”

For the smartphone dependent population – the 7 percent of largely low-income Americans, defined by Pew Internet ("U.S. Smartphone Use in 2015"), who have neither traditional broadband at home nor any other online alternative – their personal information may be particularly at risk.

“People use their smartphones now for online dating, banking, and social media every day,” said Wenke Lee, professor of computer science and co-director of the Institute for Information Security & Privacy at Georgia Tech. “Mobile devices are intimate to users, so safeguarding personal information from malicious parties is more important than ever.”

The study acknowledges that the online advertising industry is taking steps to protect users’ information by improving the HTTPS protocol, but researchers believe the threat to user privacy is greater than HTTPS protection can provide under a mobile scenario.

The researchers contacted Google AdNetworks about their finding. 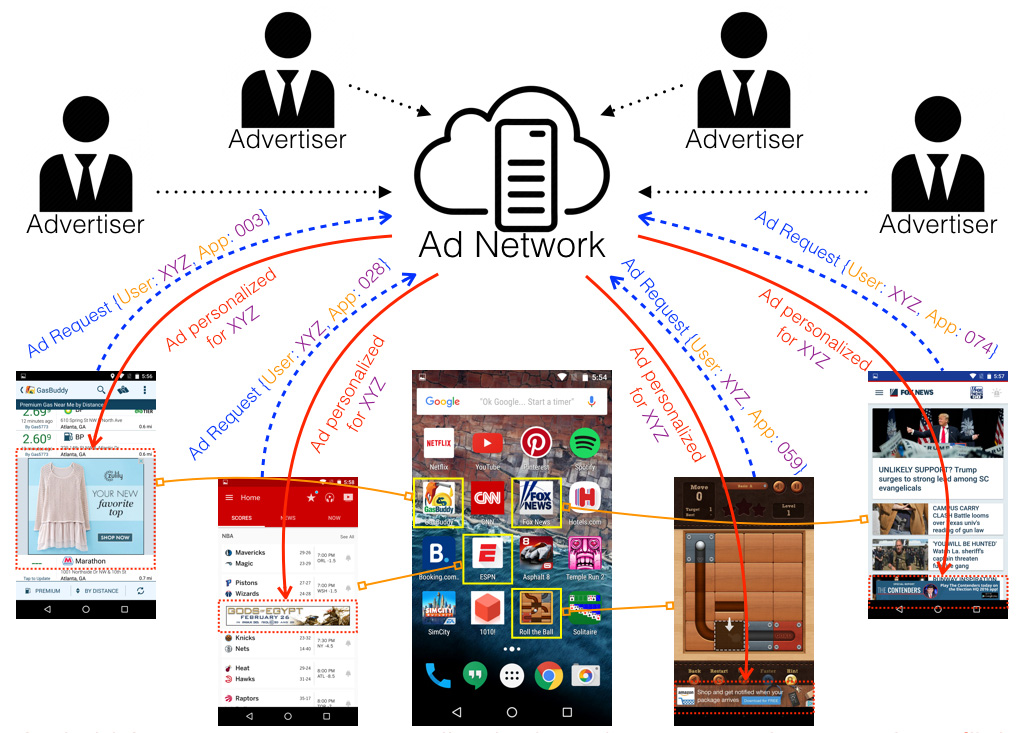 Ad networks deliver personalized ads inside mobile apps, which can leak sensitive profile information about the user to the mobile app developer.