Professor surprises students by using computer as a teaching assistant. 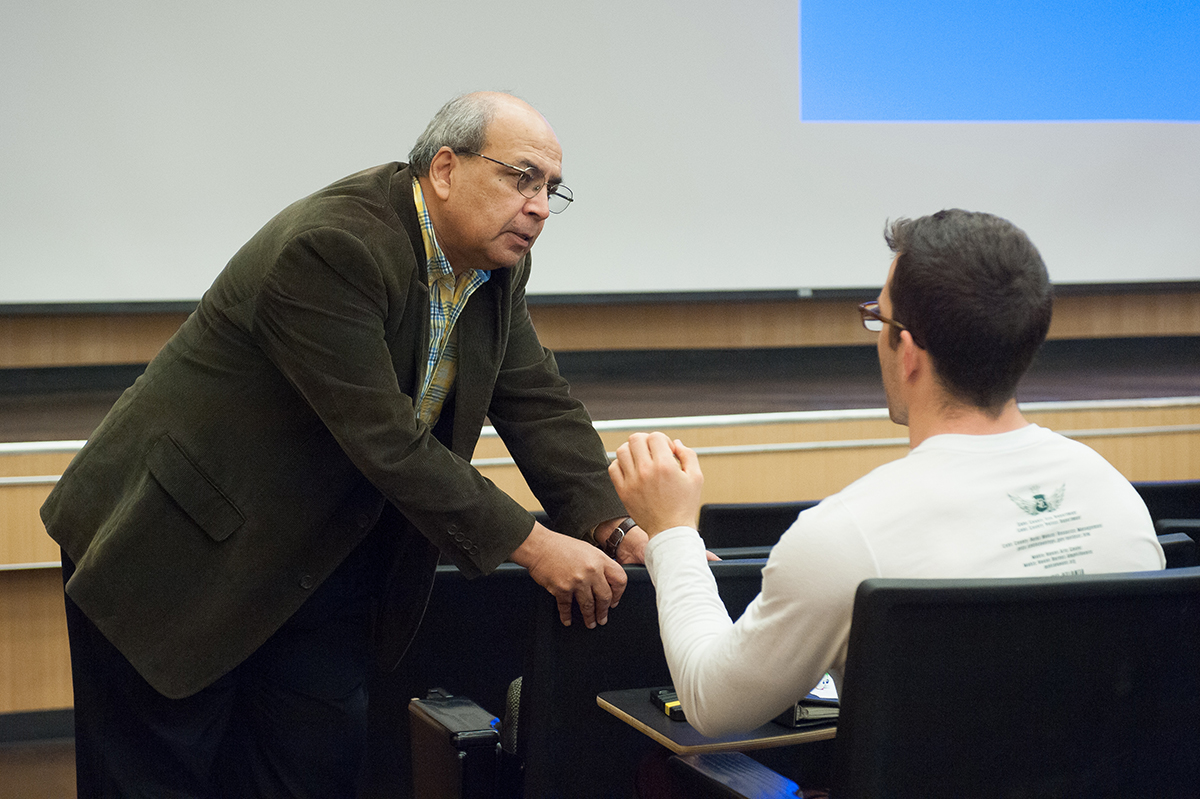 Ashok Goel is a professor in the School of Interactive Computing.

College of Computing Professor Ashok Goel teaches Knowledge Based Artificial Intelligence (KBAI) every semester. It’s a core requirement of Georgia Tech’s online master’s of science in computer science program. And every time he offers it, Goel estimates, his 300 or so students post roughly 10,000 messages in the online forums — far too many inquiries for him and his eight teaching assistants (TA) to handle.

That’s why Goel added a ninth TA this semester. Her name is Jill Watson, and she’s unlike any other TA in the world. In fact, she’s not even a “she.” Jill is a computer — a virtual TA — implemented, in part, using technologies from IBM’s Watson platform.

“The world is full of online classes, and they’re plagued with low retention rates,” Goel said. “One of the main reasons many students drop out is because they don’t receive enough teaching support. We created Jill as a way to provide faster answers and feedback.”

Goel and his team of Georgia Tech graduate students started to build her last year. They contacted Piazza, the course’s online discussion forum, to track down all the questions that had ever been asked in KBAI since the class was launched in fall 2014 (about 40,000 postings in all). Then they started to feed Jill the questions and answers.

“One of the secrets of online classes is that the number of questions increases if you have more students, but the number of different questions doesn’t really go up,” Goel said. “Students tend to ask the same questions over and over again.”

That’s an ideal situation to apply computing technologies like Watson. Goel tapped into IBM's open developer platform to identify Watson APIs for answering questions, adding Georgia Tech’s own processing modules to improve performance. The team then wrote code that allows Jill to field routine questions that are asked every semester. For example, students consistently ask where they can find particular assignments and readings.

Jill wasn’t very good for the first few weeks after she started in January, often giving odd and irrelevant answers. Her responses were posted in a forum that wasn’t visible to students.

“Initially her answers weren't good enough because she would get stuck on keywords,” said Lalith Polepeddi, one of the graduate students who co-developed the virtual TA. “For example, a student asked about organizing a meet-up to go over video lessons with others, and Jill gave an answer referencing a textbook that could supplement the video lessons — same keywords — but different context. So we learned from mistakes like this one, and gradually made Jill smarter.”

After some tinkering by the research team, Jill found her groove and soon was answering questions with 97 percent certainty. When she did, the human TAs would upload her responses to the students. By the end of March, Jill didn’t need any assistance: She wrote the class directly if she was 97 percent positive her answer was correct.

The students, who were studying artificial intelligence, were unknowingly interacting with it. Goel didn’t inform them about Jill's true identity until April 26. The student response was uniformly positive. One admitted her mind was blown. Another asked if Jill could “come out and play.” Since then some students have organized a KBAI alumni forum to learn about new developments with Jill after the class ends, and another group of students has launched an open source project to replicate her.

Back in February, student Tyson Bailey began to wonder if Jill was a computer and posted his suspicions on Piazza.

“We were taking an AI course, so I had to imagine that it was possible there might be an AI lurking around,” said Bailey, who lives in Albuquerque, New Mexico. “Then again, I asked Dr. Goel if he was a computer in one of my first email interactions with him. I think it’s a great idea and hope that they continue to improve it.”

Jill ended the semester able to answer many routine questions asked. She’ll return —with a different name — next semester. The goal is to have the virtual teaching assistant answer 40 percent of all questions by the end of year.