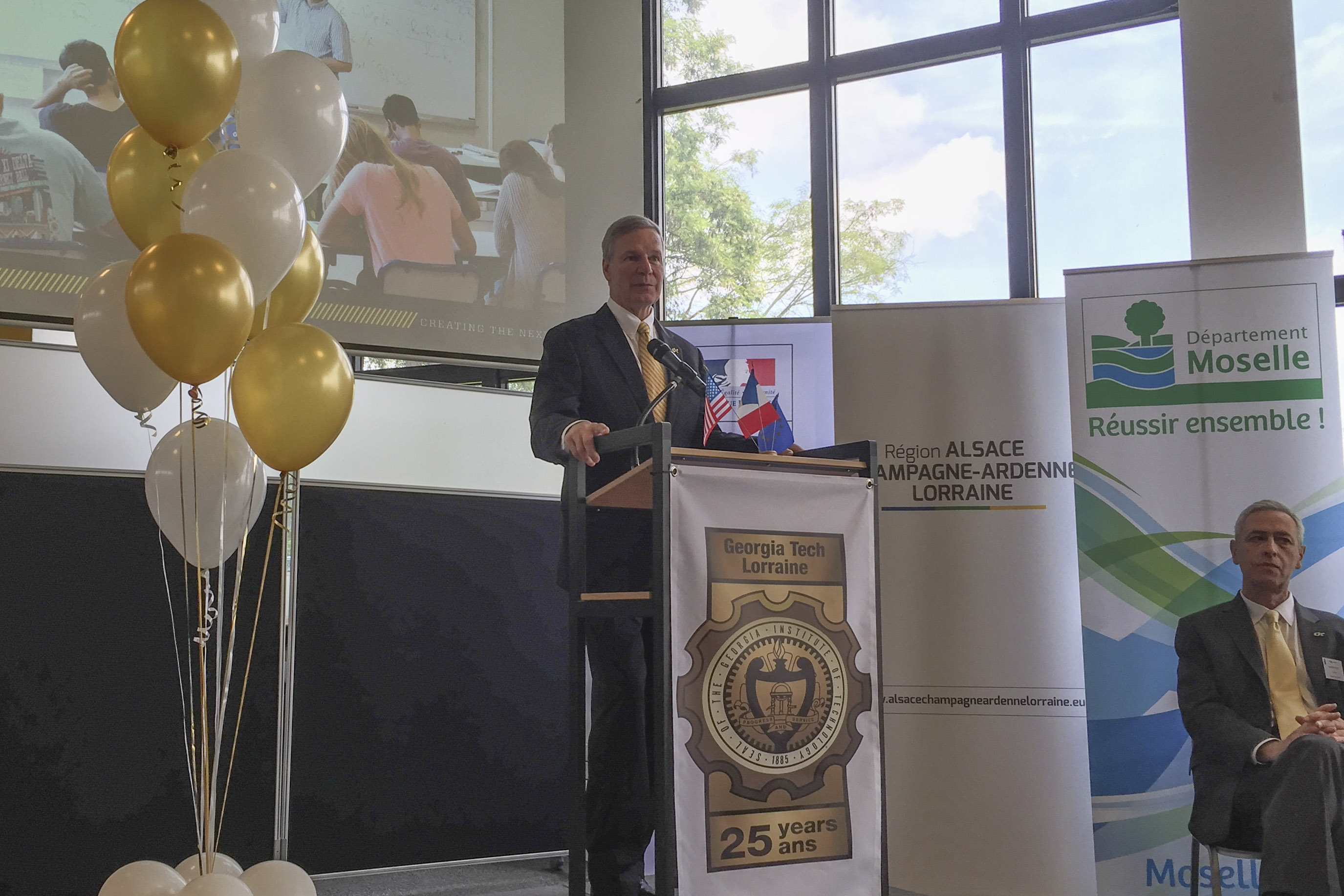 A number of French elected officials and local representatives will attend the event, including: Dominique Gros, Mayor of Metz; Jean-Luc Bohl, President of Metz Métropole; François Lavergne, Vice President of the Departmental Council of Moselle; Philippe Richert, President of the Alsace Champagne-Ardenne Lorraine Regional Council and former Minister under the Minister of the Interieur; Jean-Yves Le Déaut, Deputy of Meurthe-et-Moselle; Emmanuel Berthier, Prefect of Department of Moselle; as well as academic, research, and corporate partners.

Georgia Tech-Lorraine will also be honored to welcome Amy P. Westling, Consul General of the United States of America in Strasbourg.

The day’s events are as follows:

Georgia Tech-Lorraine reflects a unique partnership in education, research, and innovation between France and the United States. Established 25 years ago in Metz Technopôle, today, Georgia Tech-Lorraine is a full-fledged campus welcoming over 700 undergraduate and graduate students per year. In terms of research, the UMI 2958 GT CNRS, established in 2006, is globally recognized for excellence in the field of materials. The Lafayette Institute, inaugurated in 2014, is an innovation platform committed to advancing technological development through a singular public-private model of commercialization.