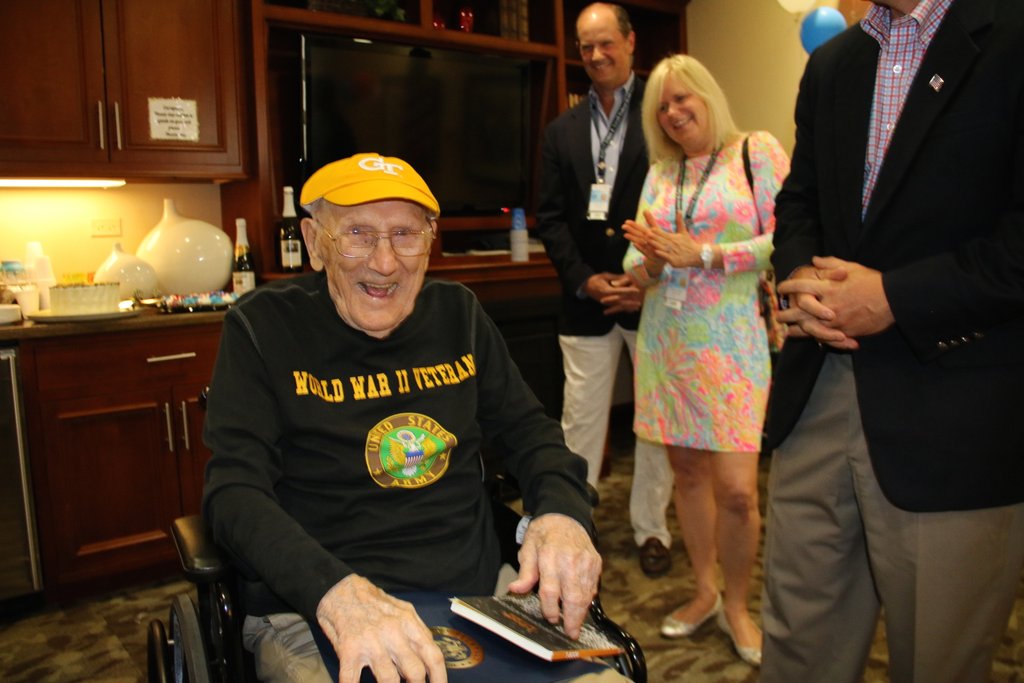 104-year-old U.S. Army veteran Chester Gryzbowski from Chicago is the newest member of our 2015-16 freshman class, and he’s got the RAT cap to prove it.

Gryzbowski had hoped to enroll at Georgia Tech to become a civil engineer. But after earning two bronze stars for his heroic service during World War II, life took him on a different path. Financial struggles meant he had to enter the workforce instead of becoming a helluva engineer.

Eighty years later, and it has still been on his mind. A fellow veteran and volunteer from the group No Veteran Dies Alone contacted Congressman Bob Dold, who got in touch with Georgia Tech about Mr. Gryzbowski’s story. When President G.P. “Bud” Peterson caught word, we started packing a special shipment for this hero.

In the package? A RAT cap, the headgear traditionally worn by all Georgia Tech freshmen since 1915, and a copy of the T-Book that helps any new Yellow Jacket get acclimated to the traditions of Georgia Tech. Also in the package is a letter from President Peterson welcoming Gryzbowski as an honorary freshman in our incoming class.

“Georgia Tech would have been honored to have you as a student,” Peterson says in the letter. “I can’t thank you enough for the sacrifices you have made to serve our country and our world.”

Like many of our students, Gryzbowski says he has always been interested in fixing things. He told the Chicago Tribune he once asked a civil engineer what it takes to become one, and he was told, “A lot of figuring.”

Along with all the freshman must-haves, Peterson included an invitation to campus.

“If you are ever in the area, we at Georgia Tech would be honored to have you on our campus,” he wrote. 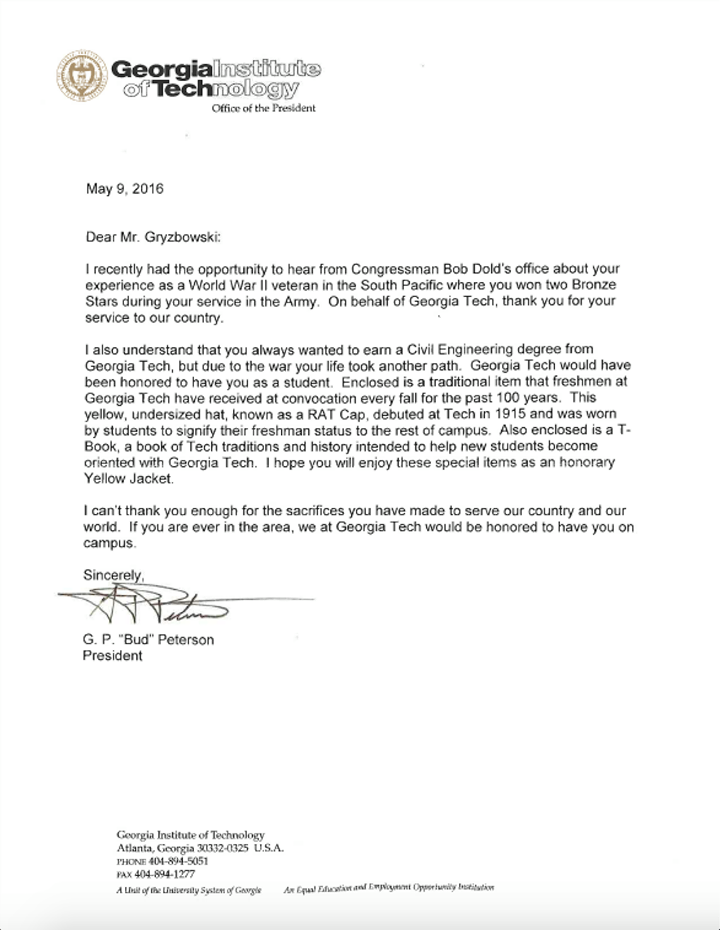