The acquisition of the Biltmore will help Georgia Tech accommodate additional innovation centers and startups. 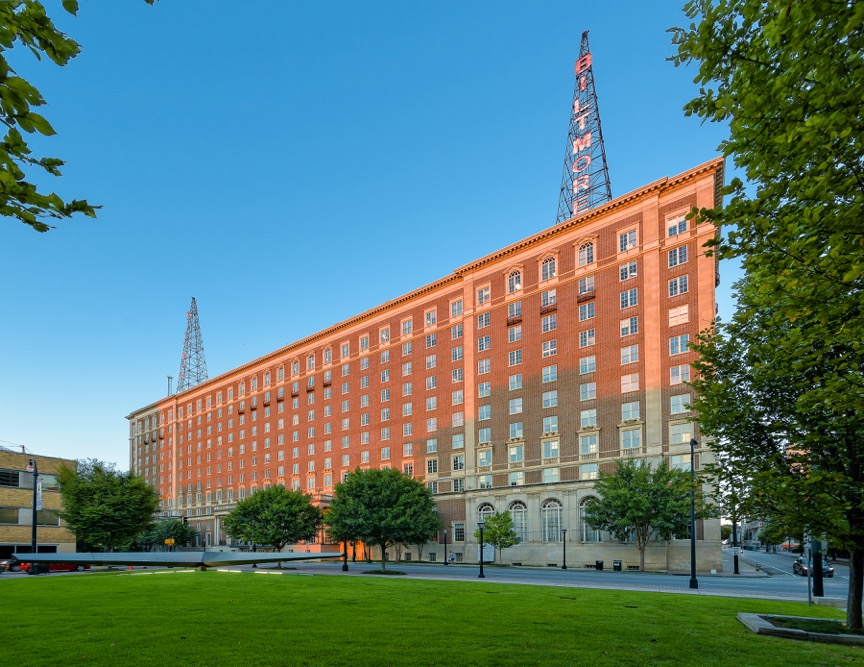 The Georgia Tech Foundation has reached an agreement to purchase the historic Biltmore on West Peachtree Street from an affiliate of Novare Group, officials announced June 13.

The Georgia Tech Foundation Inc. (GTF) has reached an agreement to purchase the historic Biltmore on West Peachtree Street in Midtown Atlanta from an affiliate of Novare Group for an undisclosed price.

“For many years, the Biltmore has served as the historic anchor in Midtown Atlanta,” said G.P. “Bud” Peterson, president of the Georgia Institute of Technology. “When you cross the Fifth Street bridge connecting our main campus with Tech Square, it is the first thing you see. We are proud to be able to incorporate it as a part of Georgia Tech. The acquisition of the Biltmore, combined with the state’s generous support of our business incubator program, the Advanced Technology Development Center (ATDC), positions Georgia Tech to further expand the number of companies we serve. We look forward to integrating this iconic structure into our growing entrepreneurial ecosystem, where it will help us accommodate additional innovation centers and startups that want to take advantage of the energy, expertise and technologies at Georgia Tech, as well as the collaborative spirit in one of the South’s most thriving innovation neighborhoods.”

“It has been a privilege to restore and operate this Atlanta icon, and we are proud of the work done in preserving a landmark for the community and creating a premier creative office and elegant event space,” said Jim Borders, president, Novare Group. “With the building effectively 100 percent occupied, the timing was right to bring The Biltmore to market. We had significant interest from several qualified groups, and we are very pleased that Georgia Tech will carry the flag into the future.”

William Candler, son of Coca-Cola magnate Asa Candler, was the local financier behind the Biltmore project, purchasing the land for the hotel in 1921 with his proceeds of the sale of the Coca-Cola Company and incorporating the Atlanta Biltmore Hotel Company in conjunction with the New York-based Biltmore hotel chain. The Atlanta Biltmore opened in 1924 and served as the cultural and social center of Atlanta for decades. The Biltmore fell into disrepair in the 1980s when it was closed for a failed conversion into apartments.  Novare purchased the property in January of 1998 and adapted the building into loft office space, and the elegant ballrooms that were a part of the original Biltmore were restored to their former glory.

The Biltmore is occupied predominantly by engineering firms, energy companies and late-stage technology startups. The largest tenants are Pindrop, SouthStar Energy Services and Kimley-Horn and Associates. The acquisition does not include the Biltmore Residences, which are privately owned condominiums.

“The purchase of this property will not affect the historical status of the building,” said Al Trujillo, president of the GTF. “We will continue the legacy of appropriate financial and operational stewardship of this remarkable treasure.”

Jay O’Meara of CBRE marketed The Biltmore on behalf of Novare Group.

Update: The sale of The Biltmore to the Georgia Tech Foundation was completed on October 5, 2016.