Seniors struggle with memory because of clutter, study finds 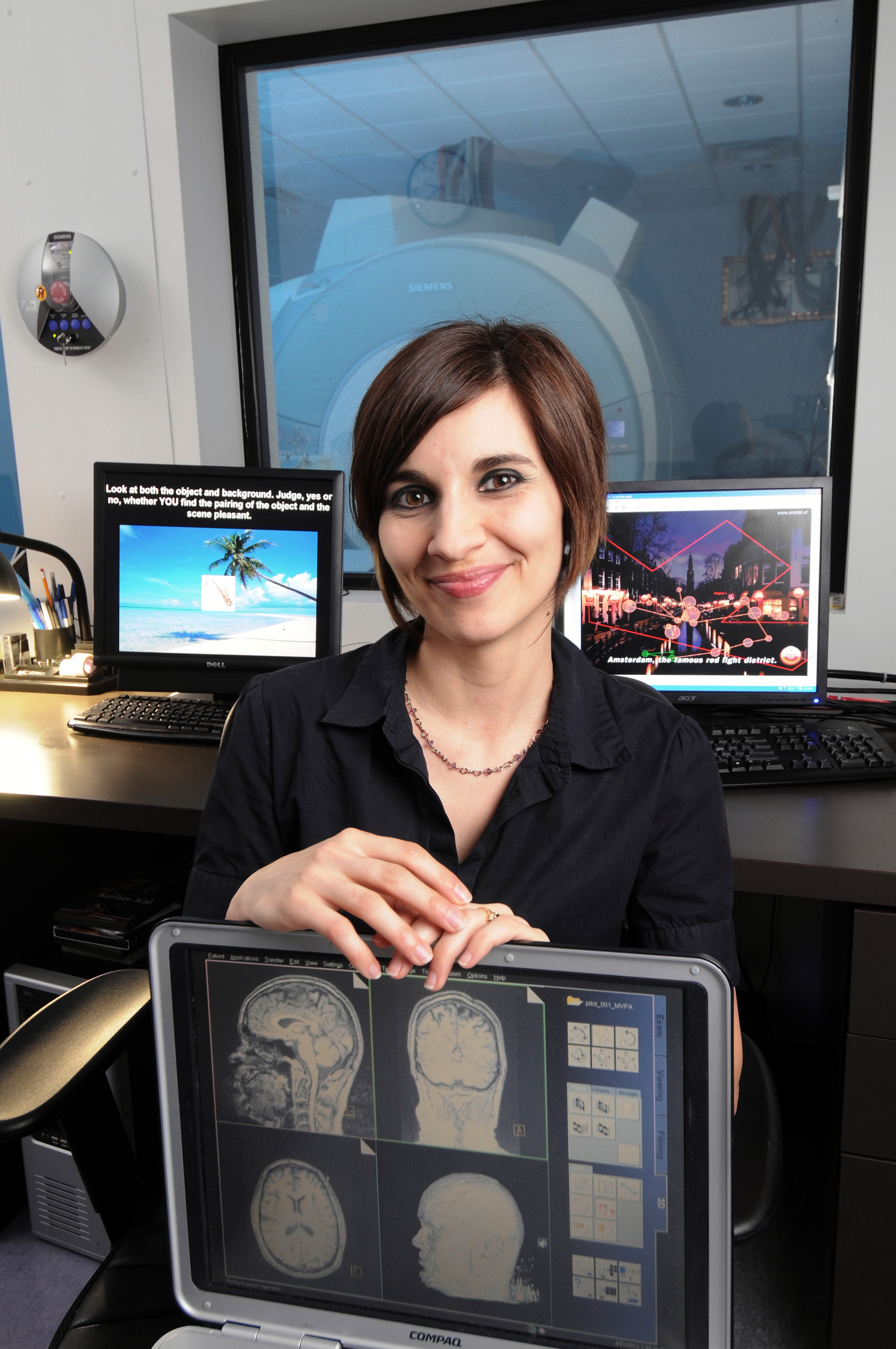 Audrey Duarte, an assistant professor in the School of Psychology, uses the functional MRI scanner at the Georgia State/Georgia Tech Center for Advanced Brain Imaging to measure activity from thousands of neurons in the brain at the same time while subjects try to retrieve episodic memories. (Georgia Tech Photo: Gary Meek)

A new study from the Georgia Institute of Technology finds that older people struggle to remember important details because their brains can’t resist the irrelevant “stuff” they soak up subconsciously. As a result, they tend to be less confident in their memories.

Researchers looked at brain activity from EEG sensors and saw that older participants wandered into a brief “mental time travel” when trying to recall details. This journey into their subconscious veered them into a cluttered space that was filled with both relevant and irrelevant information. This clutter led to less confidence, even when their recollections were correct. Cluttering of the brain is one reason older people are more susceptible to manipulation, the researchers say. The study appears online in the journal Neuropsychologia.

Researchers showed older adults (60 years and up) and college students a series of pictures of everyday objects while EEG sensors were connected to their heads. Each photo was accompanied by a color and scene (e.g., living room). Participants were told to focus on one and ignore the other. An hour later, they were asked if the object was new or old, and if it matched the color and the scene.

Neither age group was very good at recalling what they were told to ignore. Both did well remembering the object and what they were supposed to focus on.

“But when we asked if they were sure, older people backed off their answers a bit. They weren’t as sure,” said Audrey Duarte, the associate professor of psychology who led the Georgia Tech study.

She and the researchers noticed differences in brain activity between the young and old. Older adults’ brains spent more time and effort trying to reconstruct their memories.

“While trying to remember, their brains would spend more time going back in time in an attempt to piece together what was previously seen,” she said. “But not just what they were focused on — some of what they were told to ignore got stuck in their minds.”

Duarte uses a cocktail party as an example. Two older people are talking to each other. And even though they’re only concentrating on the conversation, their brains absorb the other noise in the room.

“When it’s time to remember the conversation, they may struggle a bit to recall some details. That’s because their brains are also trying to decipher the other noises,” she said. “What music was playing? What was the couple next to them saying? That extra stuff shouldn’t be in their memories at all, but it is. And it negatively impacts their ability to clearly remember the conversation.”

Younger people were quicker to recall details and used less brain power. The irrelevant information was never stored in the first place, which kept their memories relatively clutter-free. And that’s why they were more confident than the older participants when remembering relevant details.

A lack of confidence, Duarte said, can lead to manipulation.

“If someone tells you that you should remember it one way, you can be more easily persuaded if you lack confidence,” she said. “This memory clutter that’s causing low confidence could be a reason why older adults are often victims of financial scams, which typically occur when someone tries to trick them about prior conversations that didn’t take place at all.”

The study, “Age-related deficits in selective attention during encoding increase demands on episodic reconstruction during context retrieval,” was supported by the National Science Foundation under Grant No. 1125683. Any opinions, findings, and conclusions or recommendations expressed in this material are those of the authors and do not necessarily reflect the views of the National Science Foundation.