Georgia Tech’s Olympic history came to life once again Saturday as the U.S Olympic Swimming Team submerged themselves in practice at the McAuley Aquatic Center for the last time before they head to the 2016 Games.

Georgia Tech’s Olympic history came to life once again Saturday as the U.S. Olympic Swimming Team submerged themselves in practice at the McAuley Aquatic Center for the last time before heading to the 2016 Games.

Fans began lining up before sunrise to attend the public training session and catch a glimpse of some of the world’s most-medaled athletes, including Michael Phelps and Ryan Lochte.

“We’re so impressed and grateful to you being here since 5 a.m.,” said Frank Busch, national team director for USA Swimming. “Our hats are off to you, Atlanta.”

The event drew thousands, including many families and local young swimmers, who proved to be an outstanding crowd for creating an Olympic-style environment.

“It’s a huge help to us, just seeing all these people from around here cheer us on,” said Gunnar Bentz, who swims the 800-meter freestyle relay. “It really gets us pumped for the games knowing everyone’s backing us.”

The Olympic legacy left by former athletes at McAuley also served as inspiration throughout the week of training in Atlanta.

“It’s cool walking in every day and seeing those rings up on the wall,” said Chase Kalisz, who swims the 400-meter individual medley. “It helps just thinking about the history that’s in this pool.”

For Bentz, an Atlanta native, training at the historic McAuley Aquatic Center was a sort of homecoming.

Bentz and Kalisz are two of eight University of Georgia students and alumni on this year’s Olympic team. Saturday may have been one of the only times a group of Bulldogs felt so at home among Yellow Jackets.

“It may be Georgia Tech and they may be my rival, but I’ve swam here all the time, so it’s really cool and a surreal experience being back here training in this pool,” Bentz said.

Weir, who has won three Olympic medals, has also spent countless hours at McAuley. She swam for Brookwood High School in Gwinnett County before enrolling at UGA in 2004. The Aquatic Center is her home pool — she competes and coaches with SwimAtlanta.

“It’s pretty cool to be the hometown girl here,” she said. “[I’ve had] so many times racing in this pool, so it’s crazy to be here training as an Olympic team and I’m just loving every second of it.”

Though its history began with the 1996 Olympic Games, the McAuley pool continues to breed success for swimmers of late. Thirty-seven records were set during the 2016 NCAA Championships held there in March, and the facility has become known as a place where athletes perform their best.

Dave Williams, associate director of Aquatic Member Services for the Campus Recreation Center (CRC), says there are several reasons for that. Some of them are technical — the pool is wider and deeper than most, has more and wider lanes, and has flat wall finishes, which is what athletes will see in Rio. Other reasons are less scientific — the CRC staff takes music requests and then plays those songs for swimmers during practice.

“That’s where our staff comes in,” Williams said. “We help create an environment that’s just conducive to fast swimming.”

With the 2016 USA Swimming Team leaving for Rio, the next group to occupy the McAuley pool could someday be on the same path. Tech will host the USA Swimming Futures Championship this week, from Aug. 4 – 7, where up-and-comers in the sport will compete.

“The next Michael Phelps will probably be here next Monday,” Williams said. 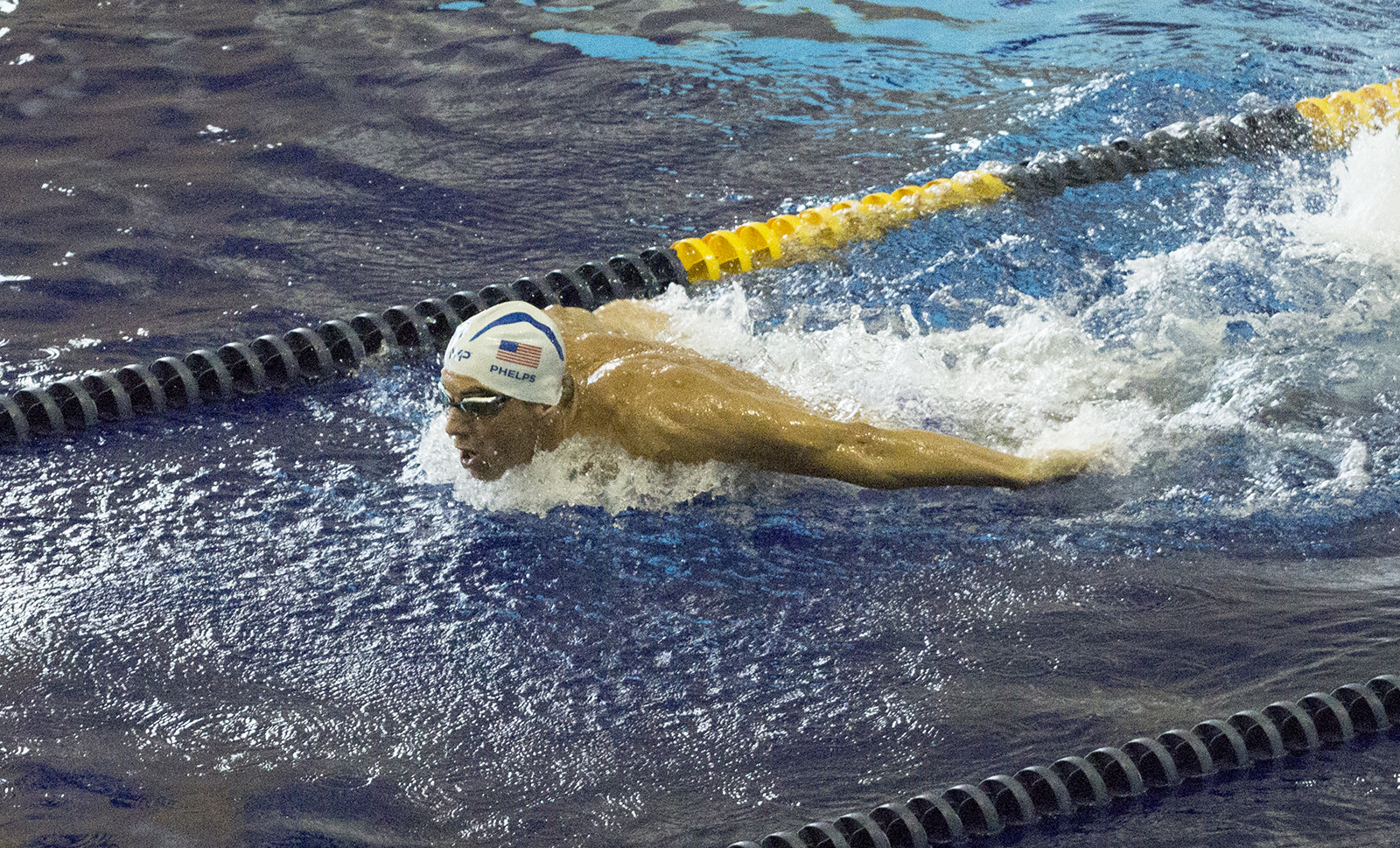 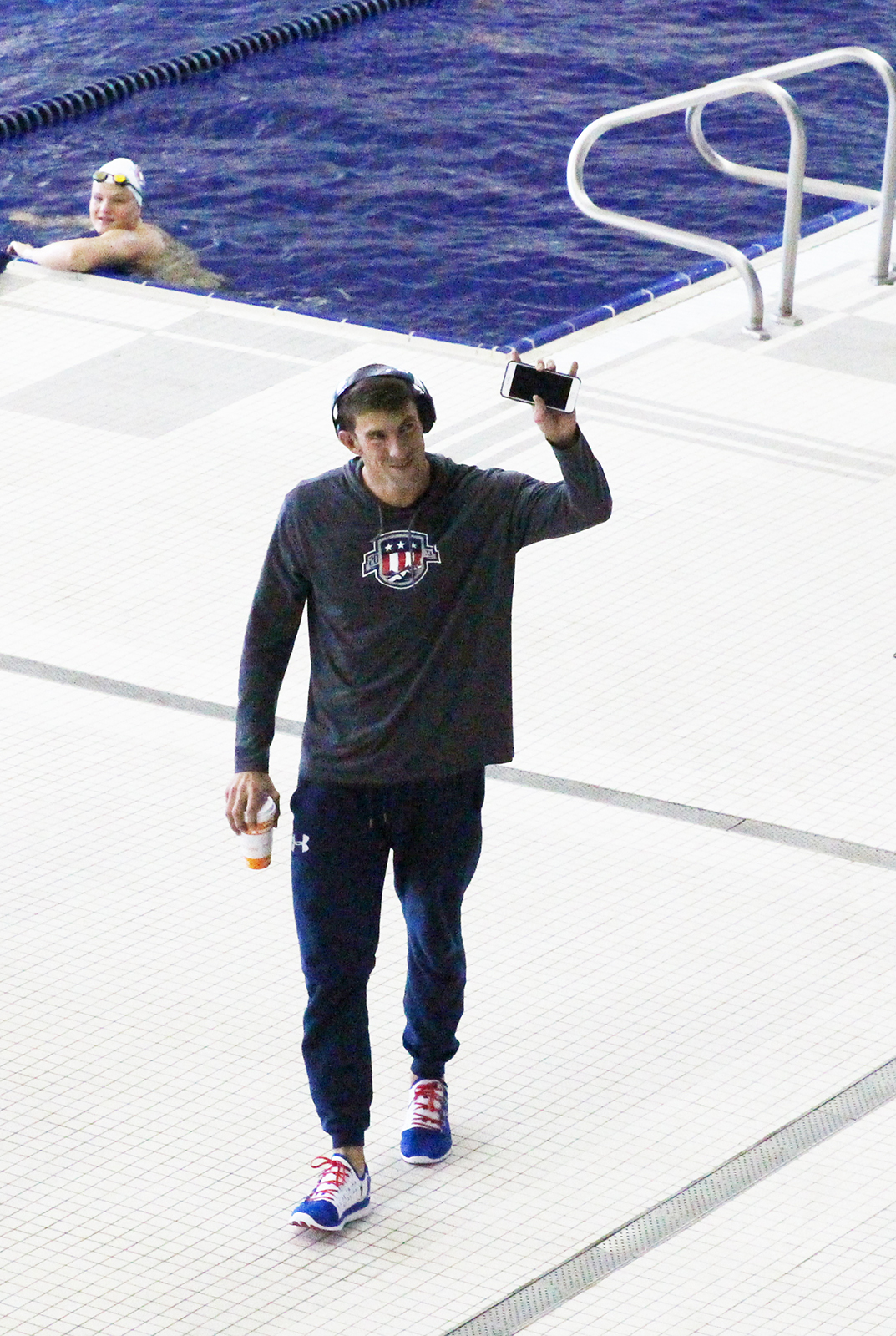 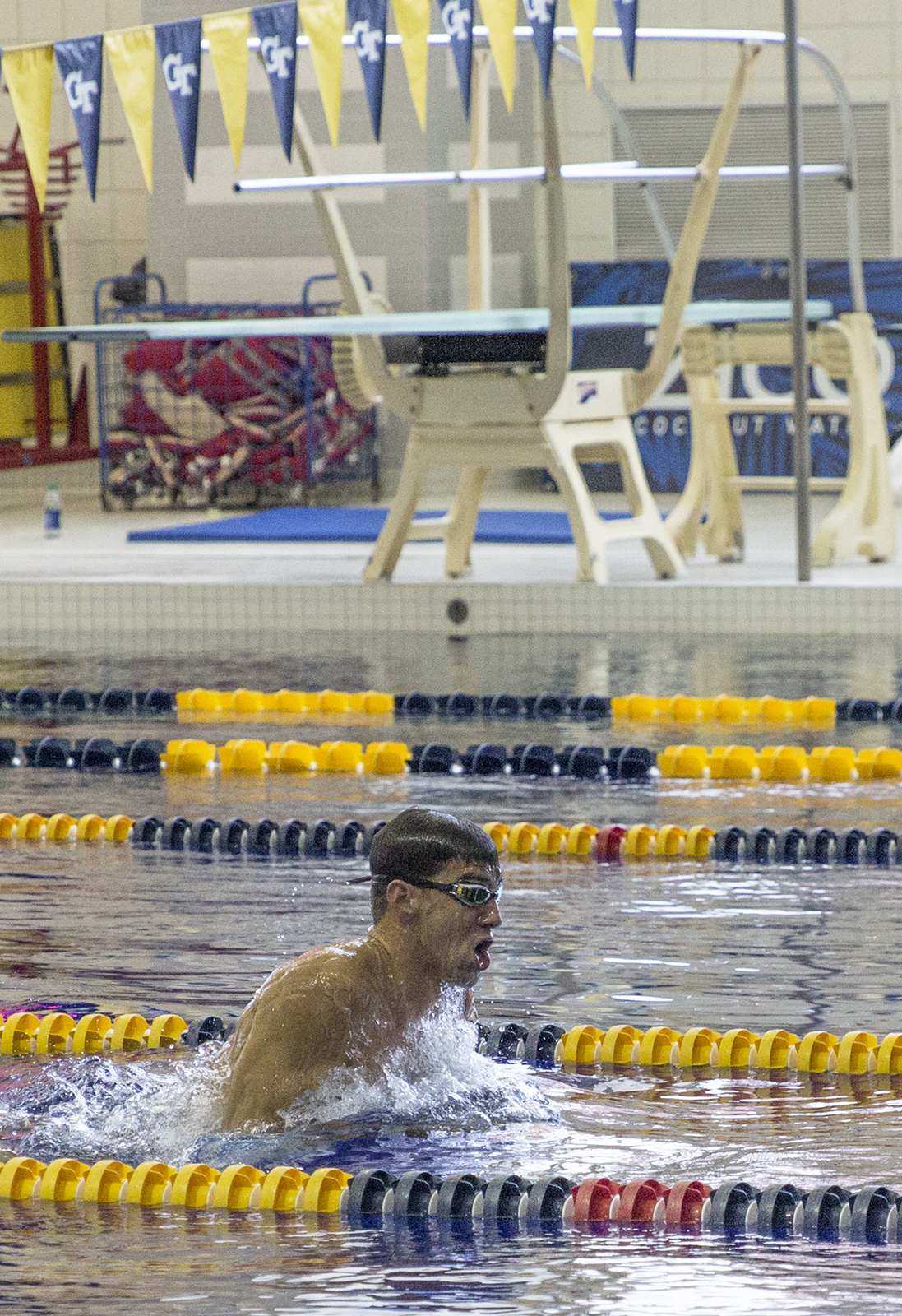 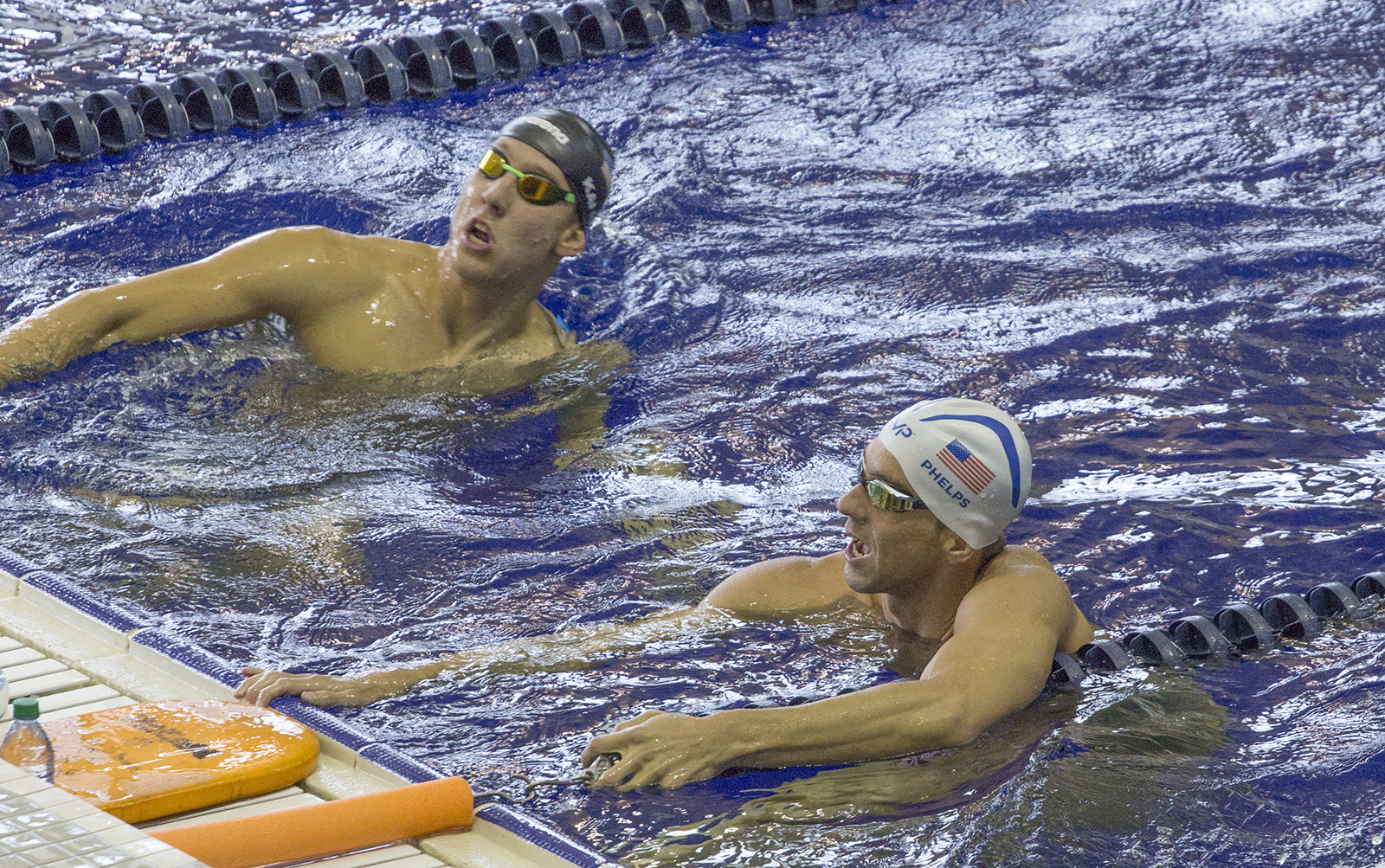 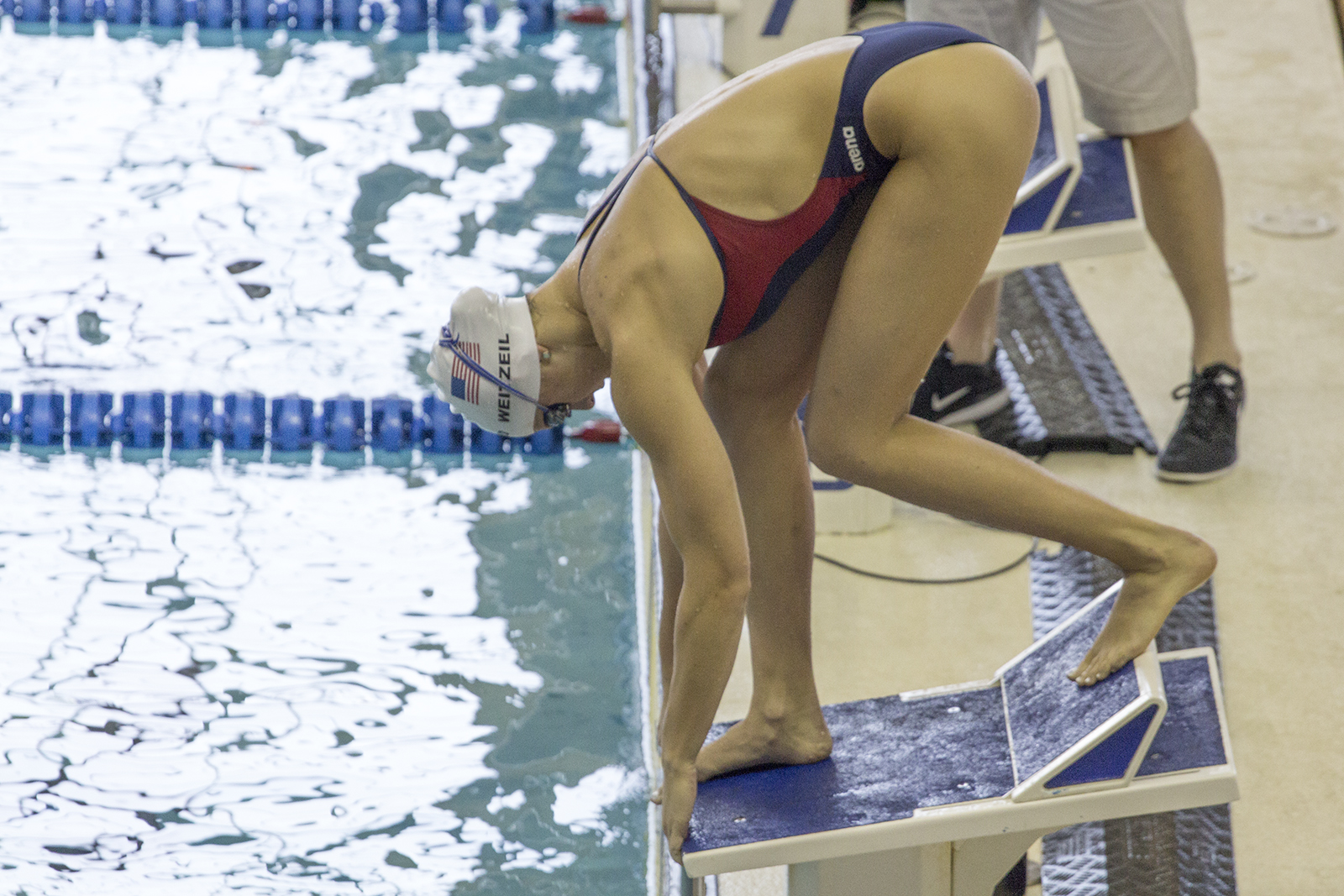 Abbey Weitzeil prepares to dive off a block at an open practice session at Georgia Tech's McAuley Aquatic Center on July 30, 2016 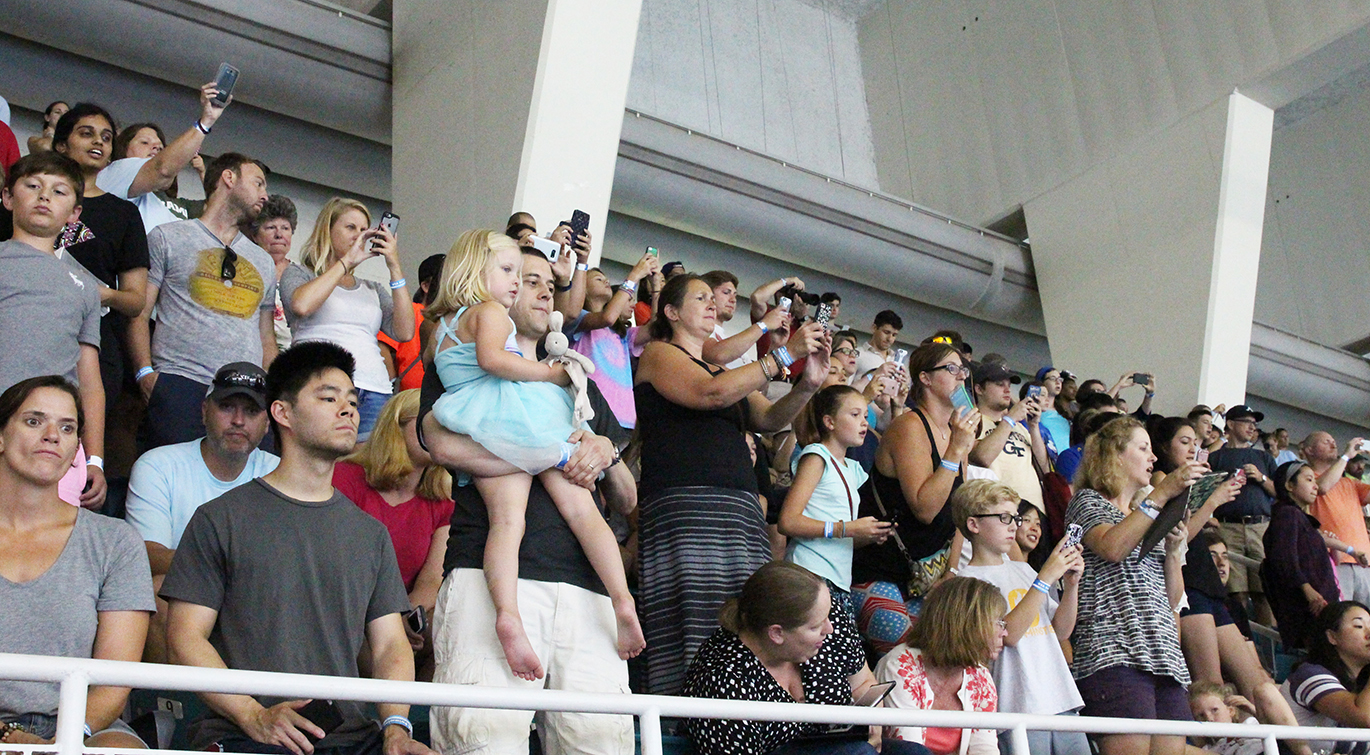 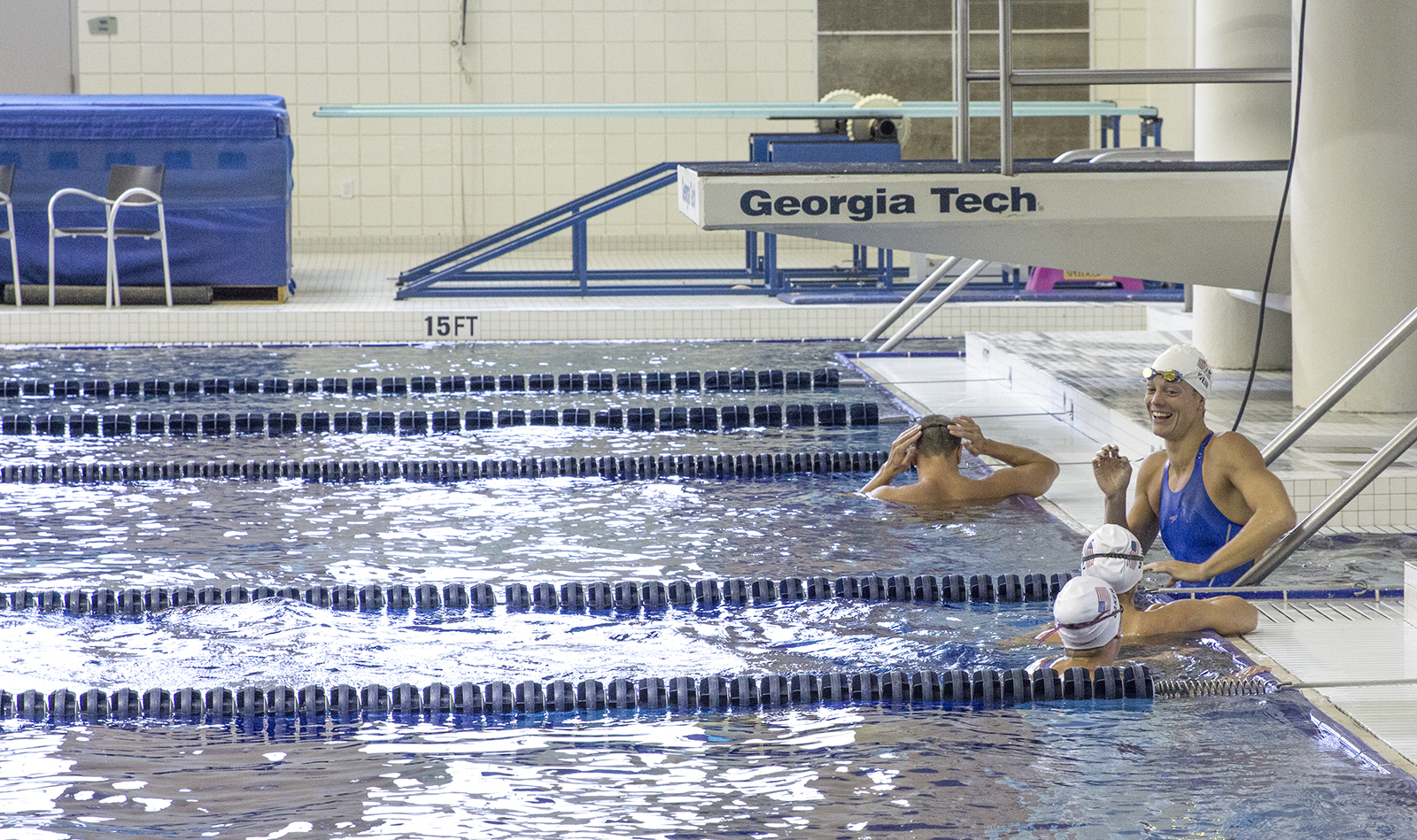 Amanda Weir talks with teammates at an open Olympic practice session at the McAuley Aquatic Center on July 30, 2016 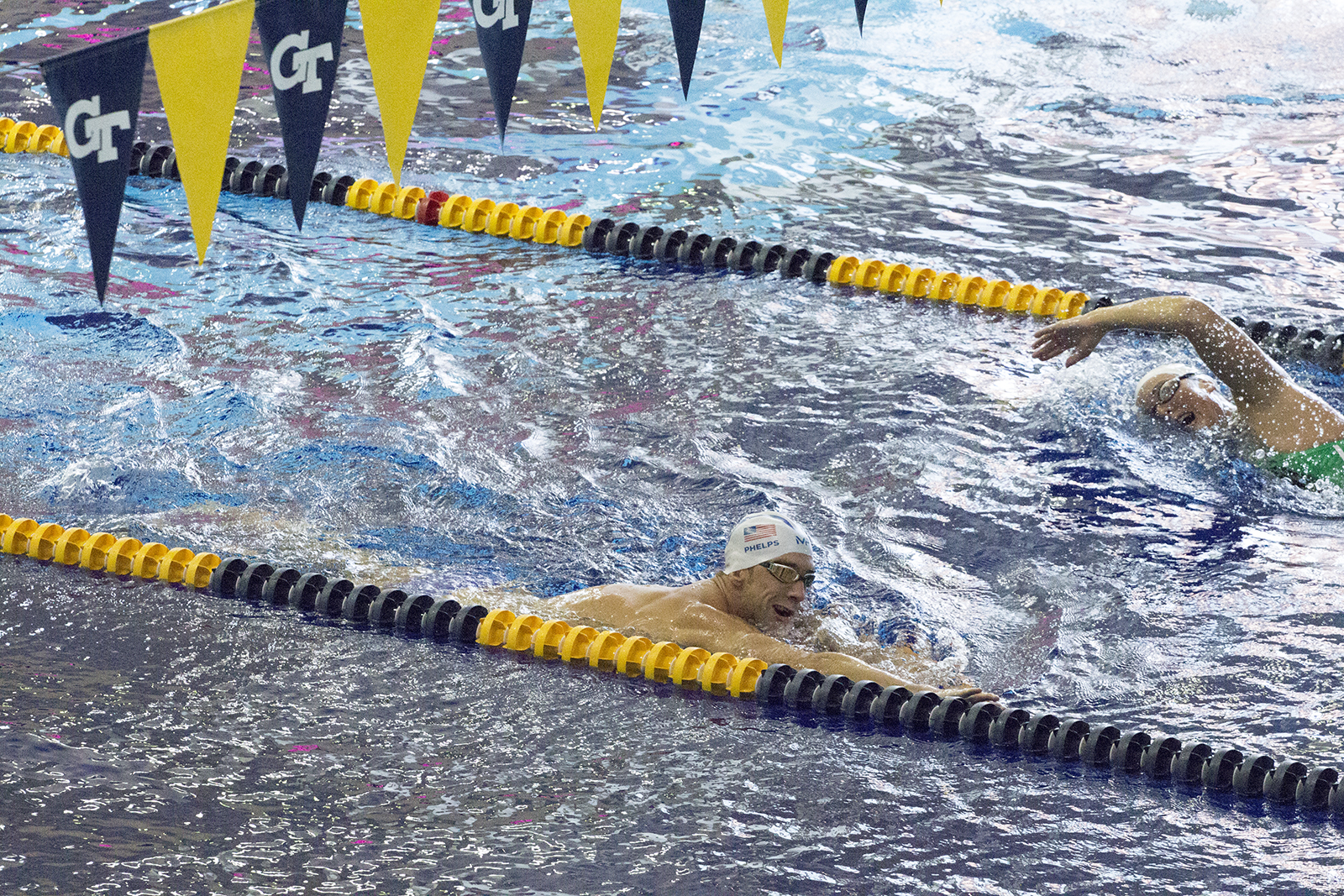 Michael Phelps and Allison Schmitt share a lane during a training session at Georgia Tech's McAuley Aquatic Center on July 30, 2016 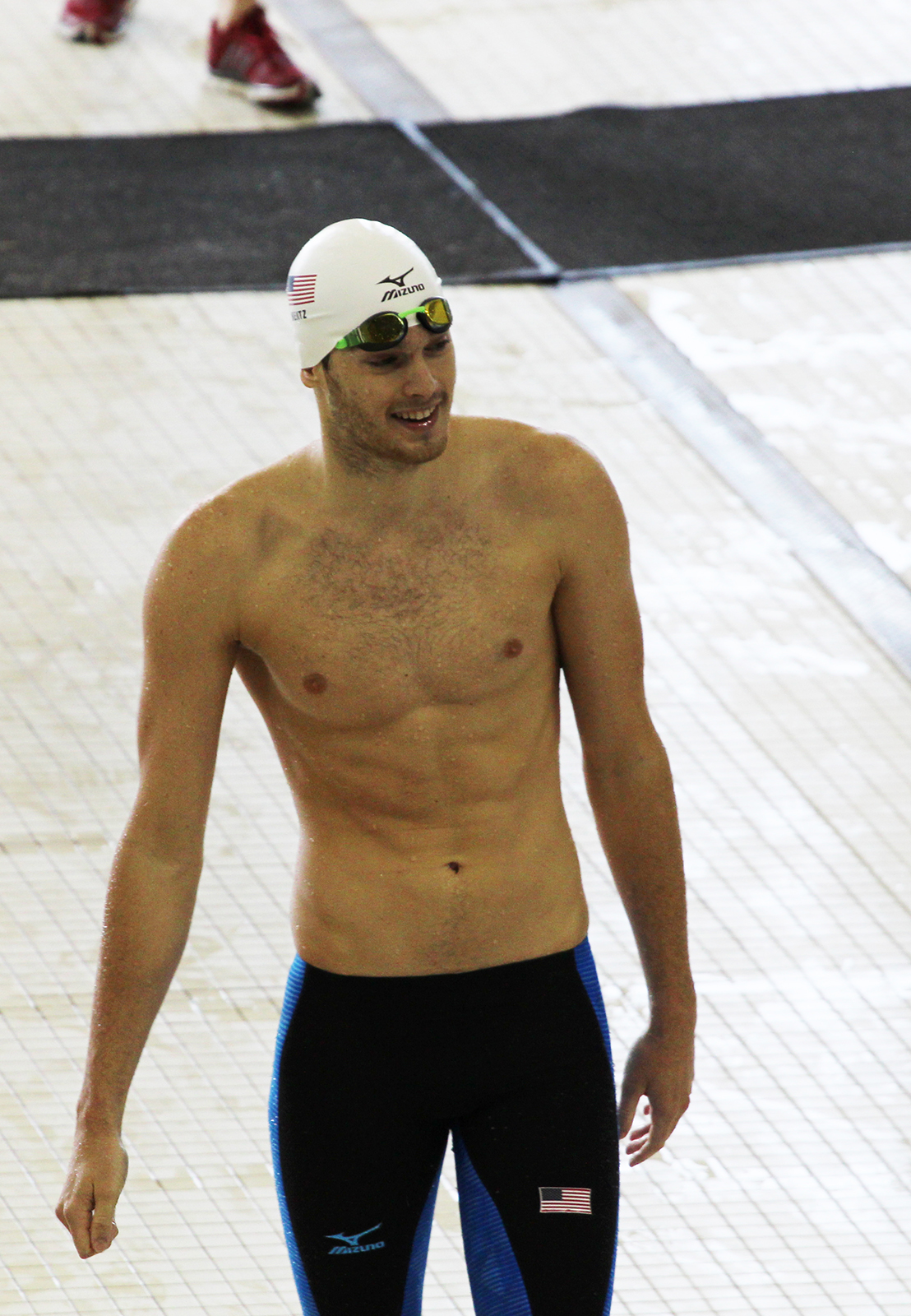 Gunnar Bentz on deck at McAuley Aquatic Center during an open Olympic practice session on July 30, 2016 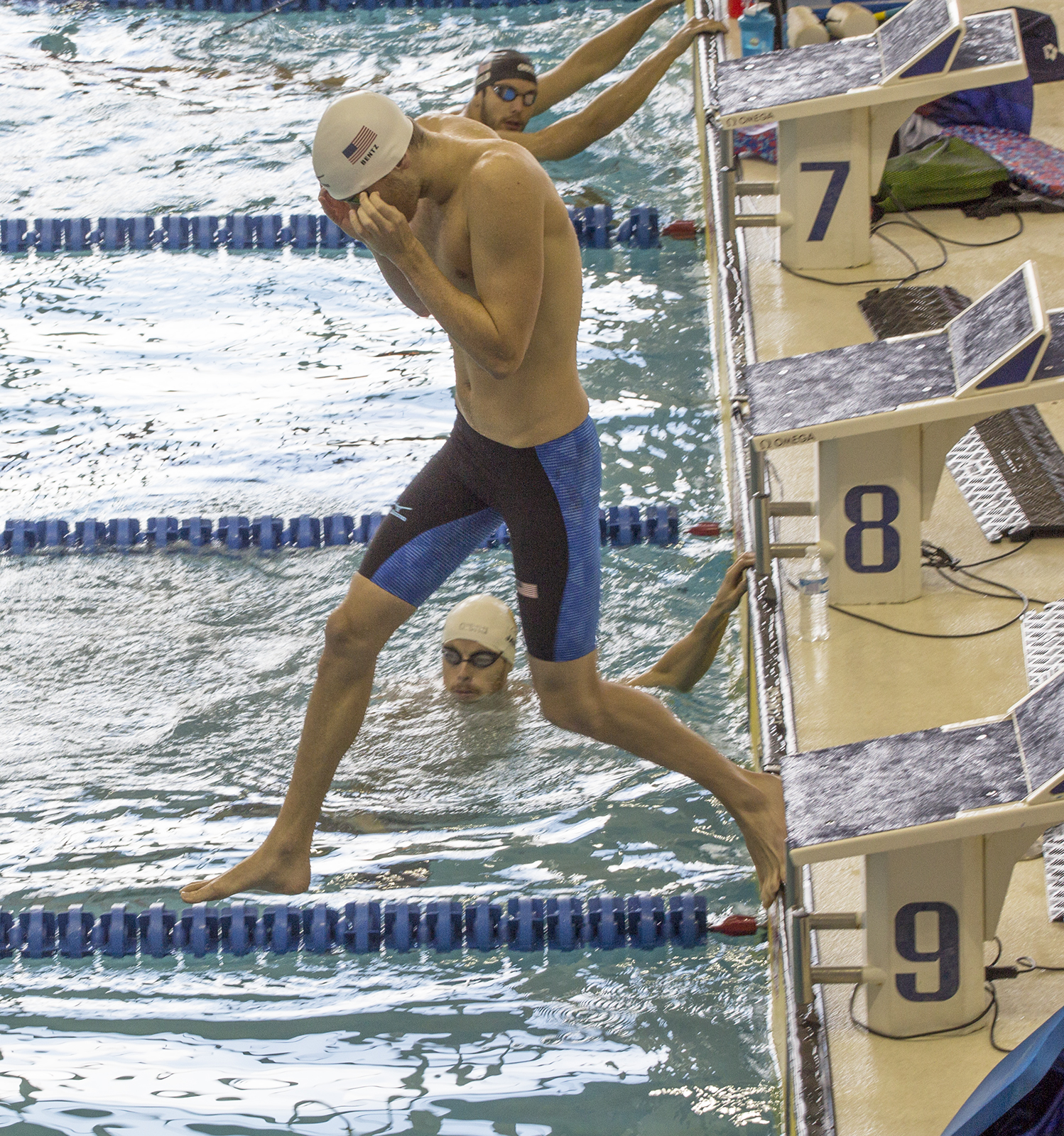 Gunnar Bentz jumps into the pool at the McAuley Aquatic Center on July 30, 2016 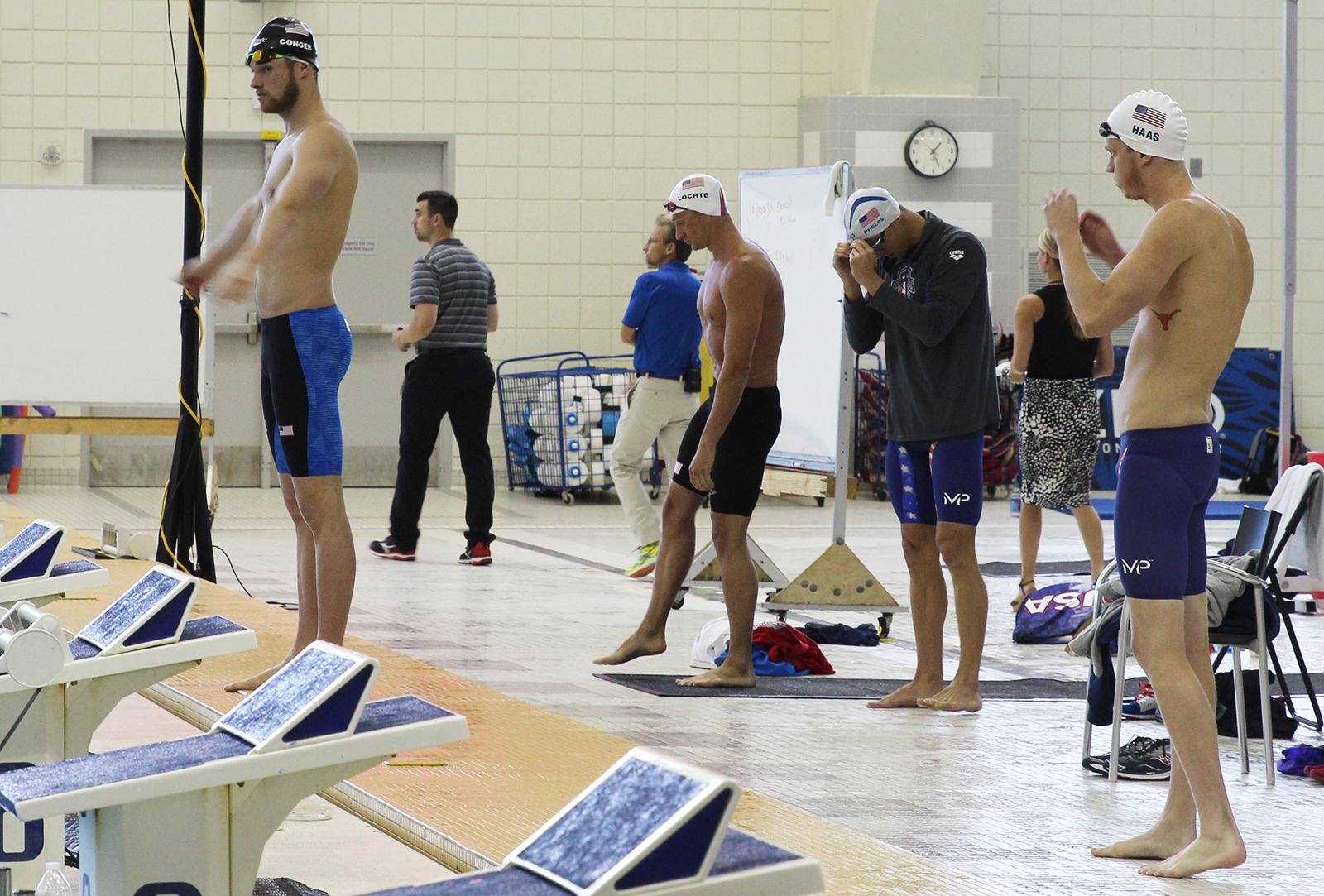 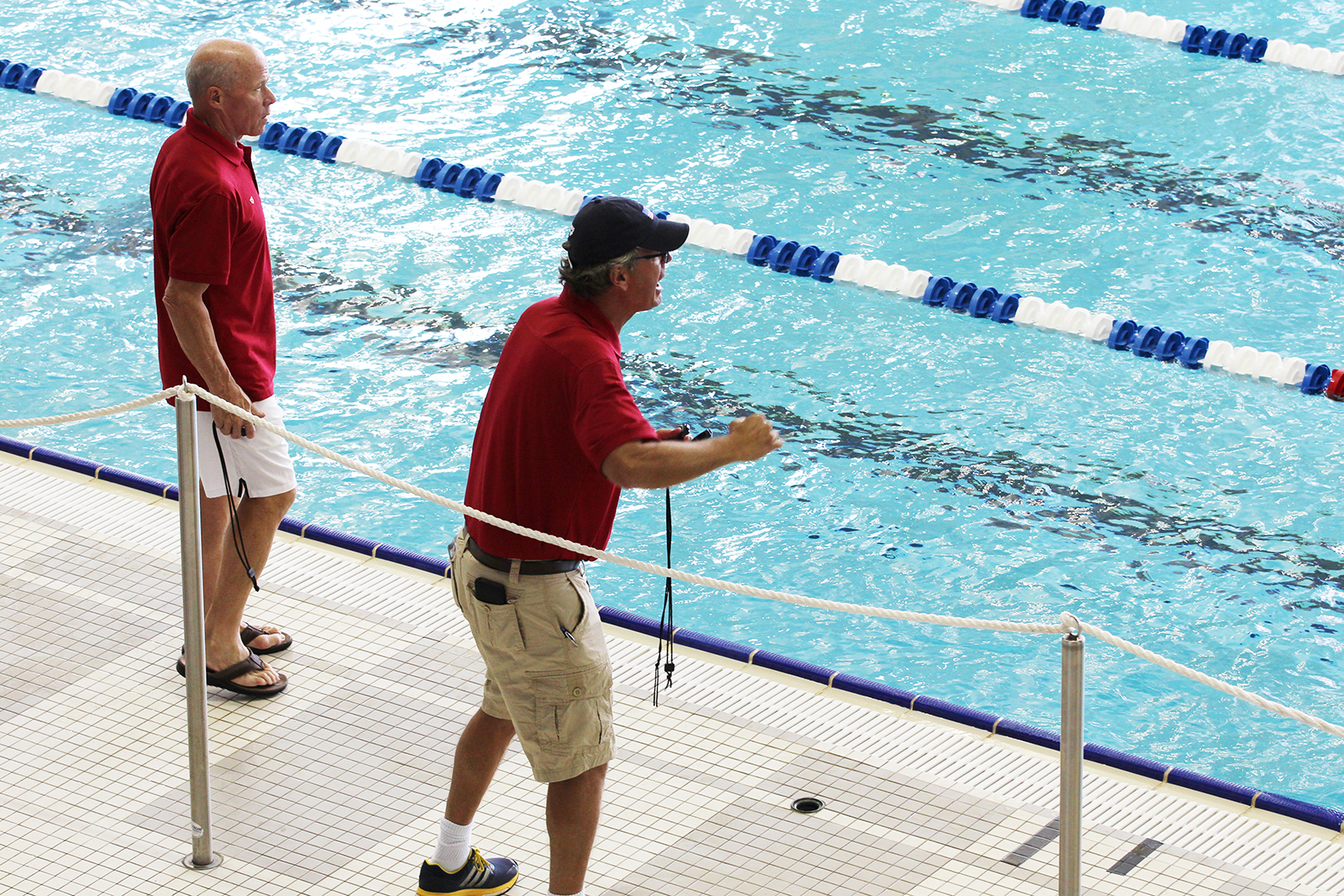 Jack Bauerle and Mike Bottom, assistant coaches for the U.S. Men's Olympic Swimming Team, cheer on the team at an open practice at Georgia Tech's McAuley Aquatic Center on July 30, 2016 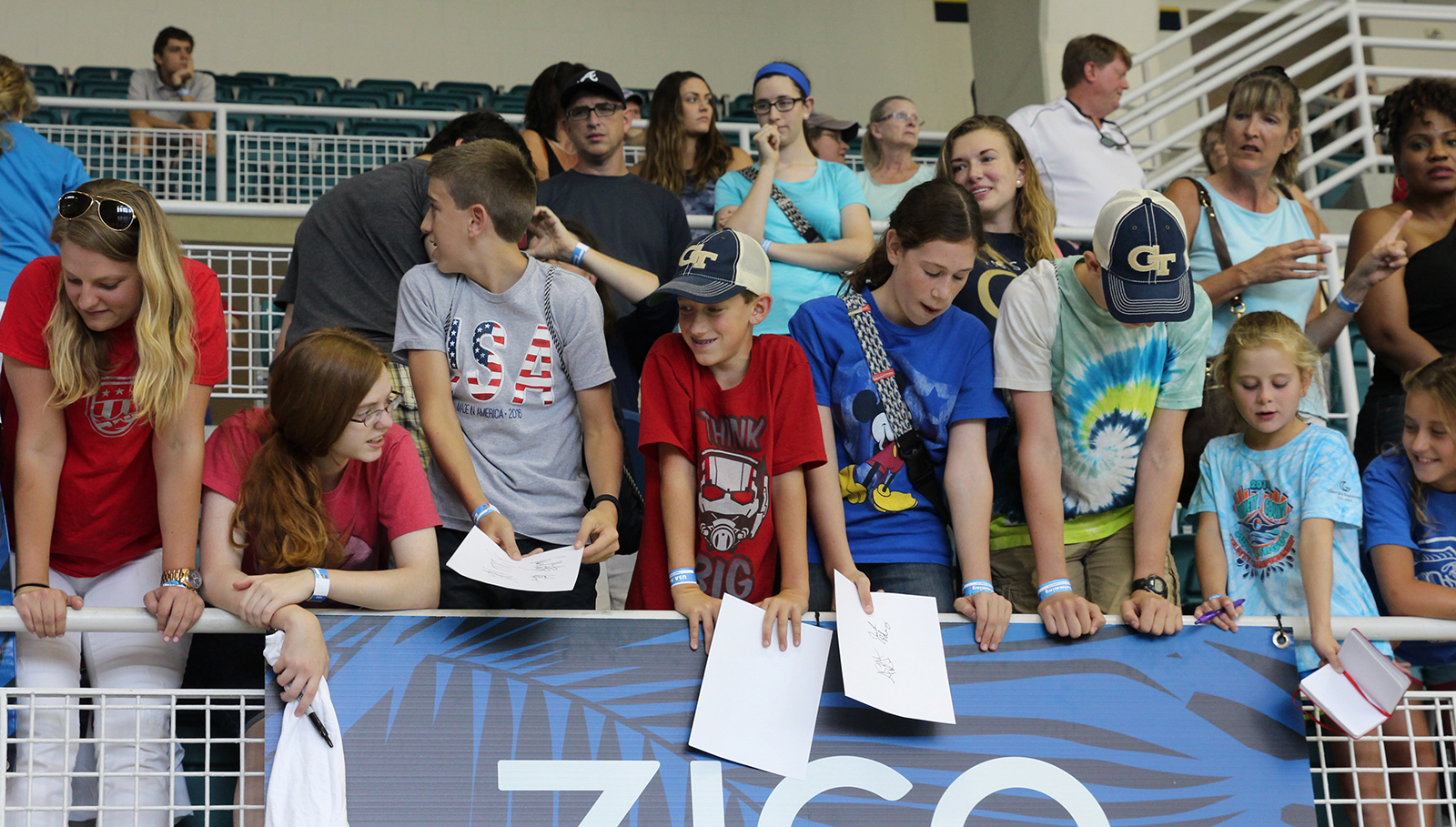 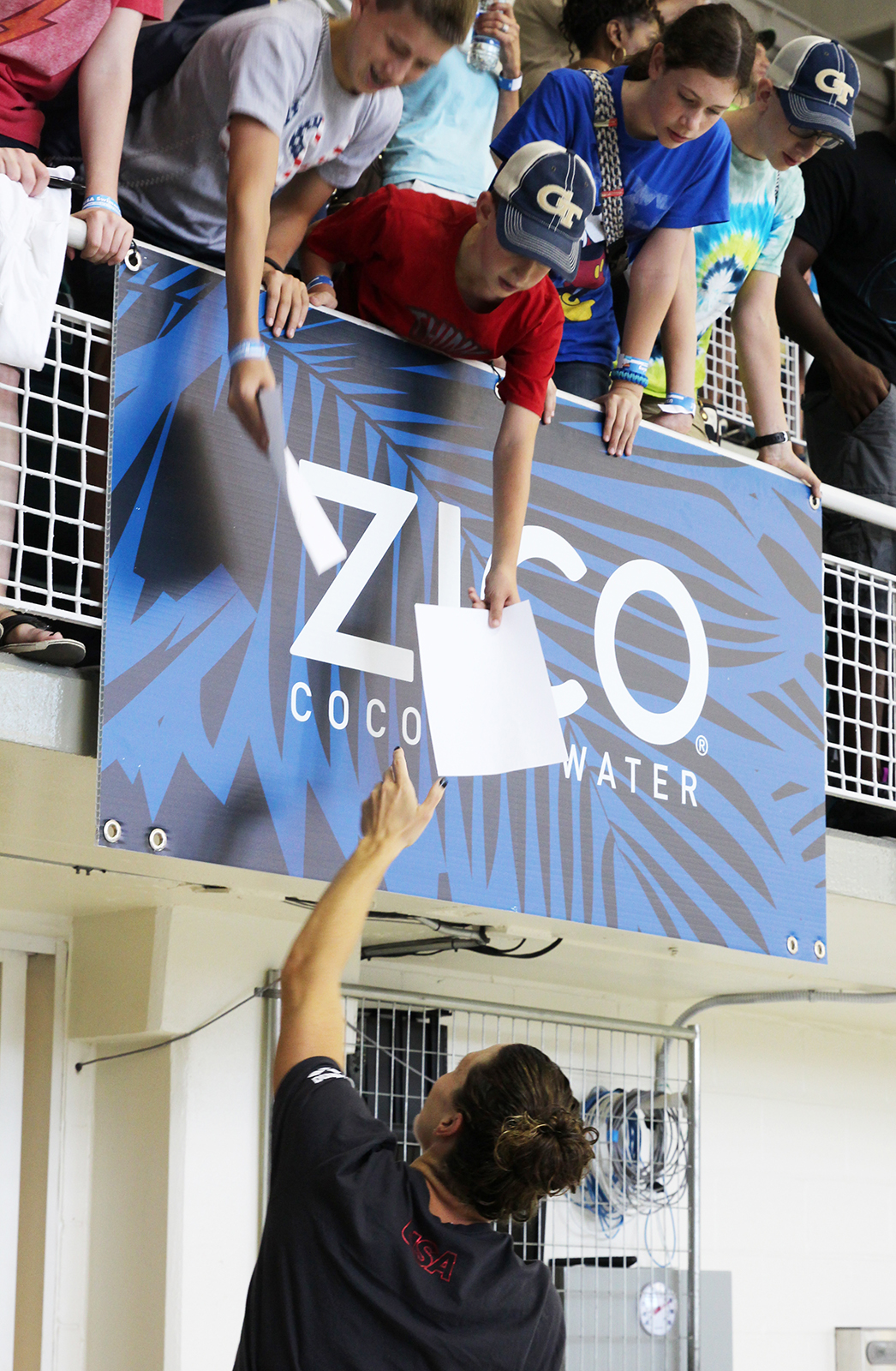 Amanda Weir signs an autograph for a young fan at an open practice session at Georgia Tech's McAuley Aquatic Center on July 30, 2016 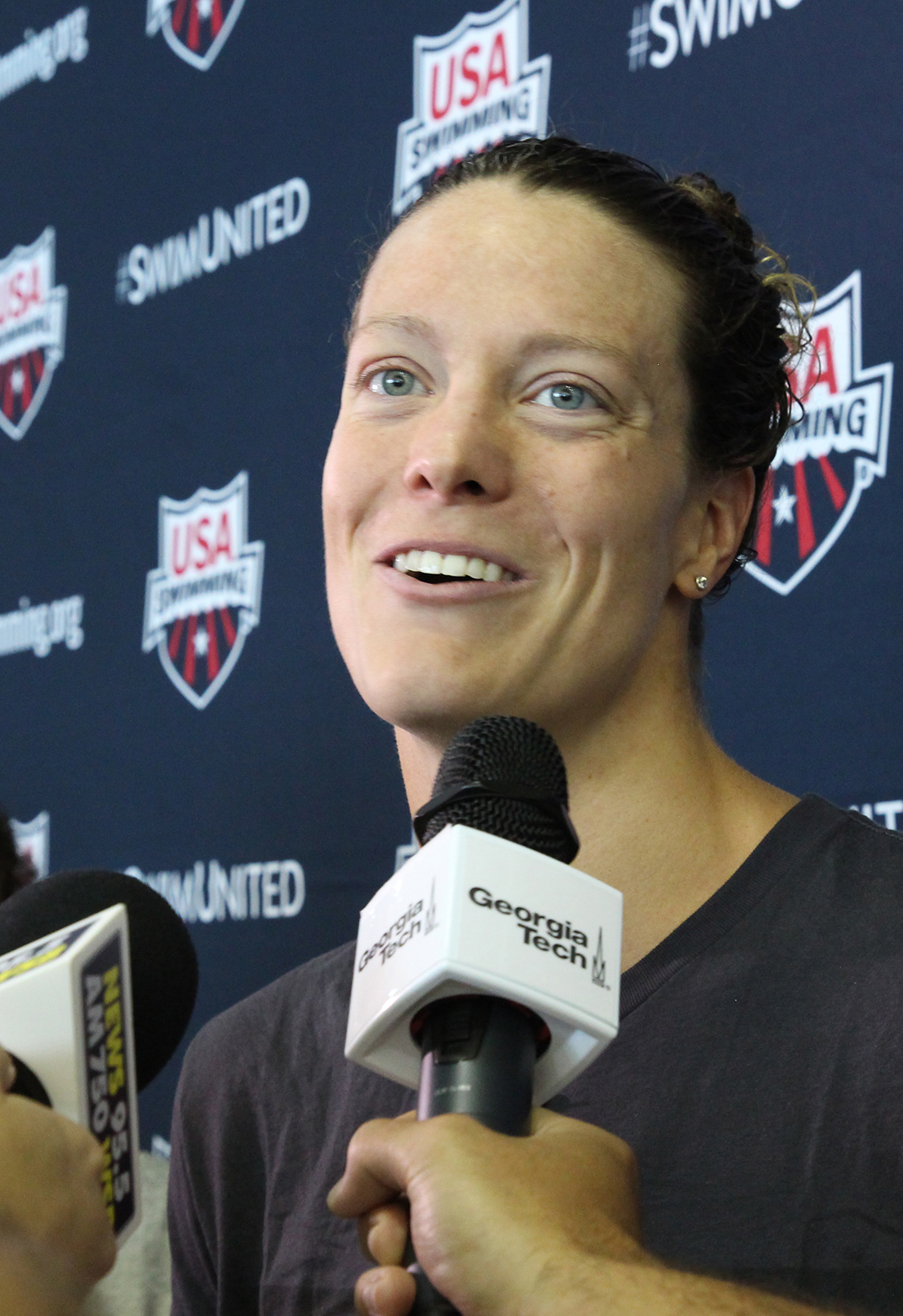 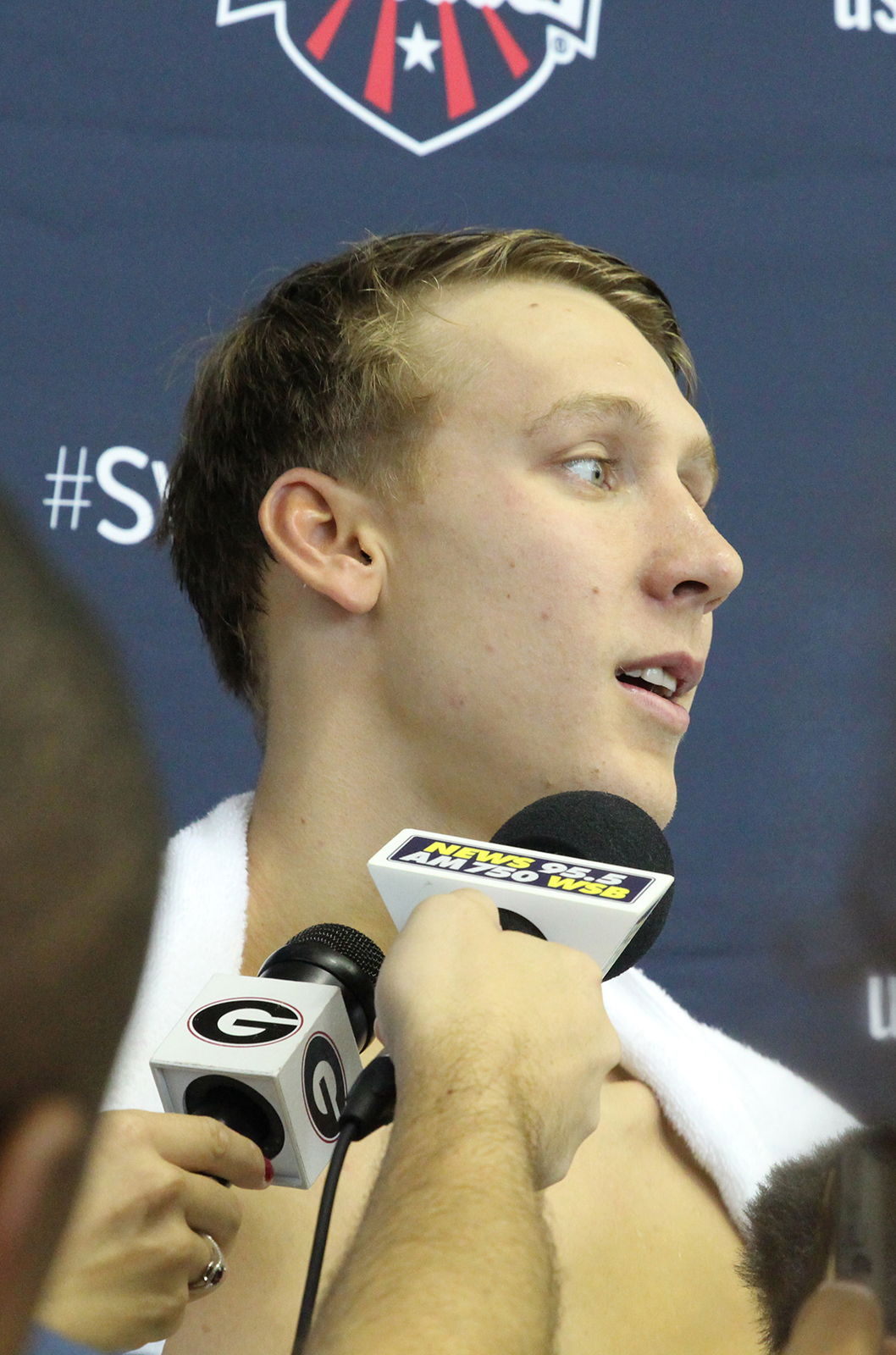 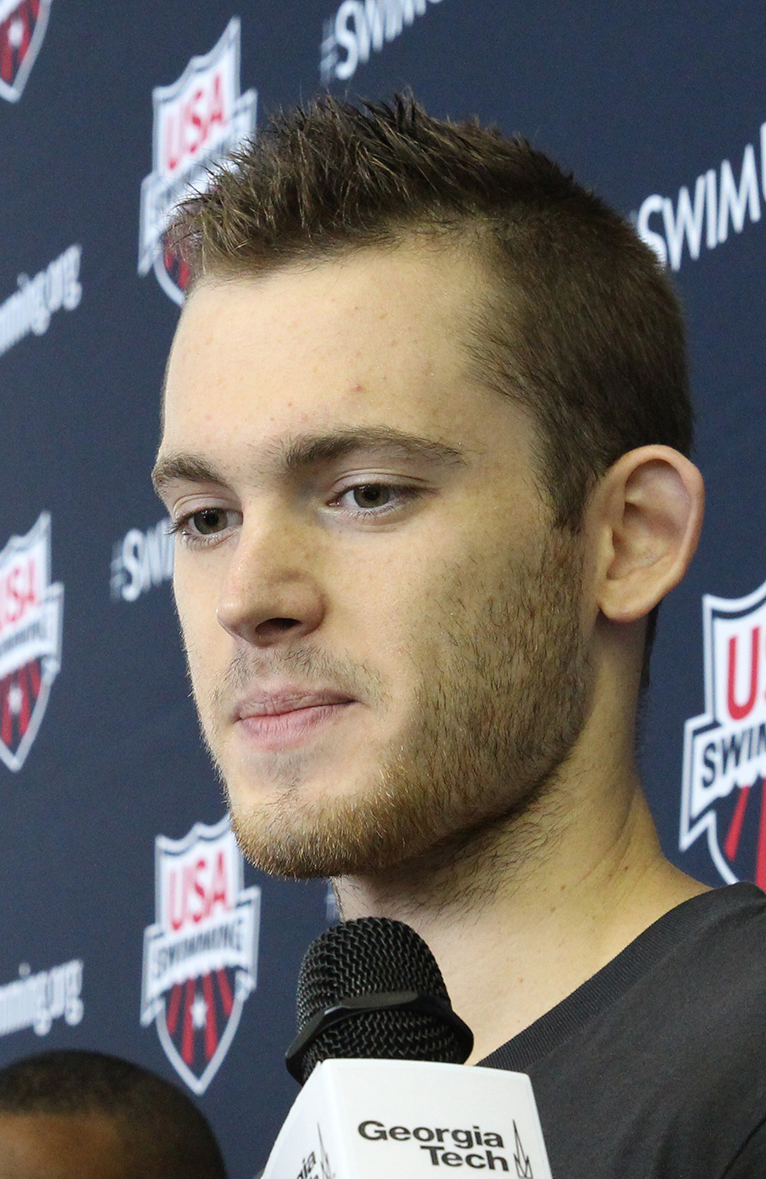