The former president and first lady are the first couple to receive the Georgia Tech award. 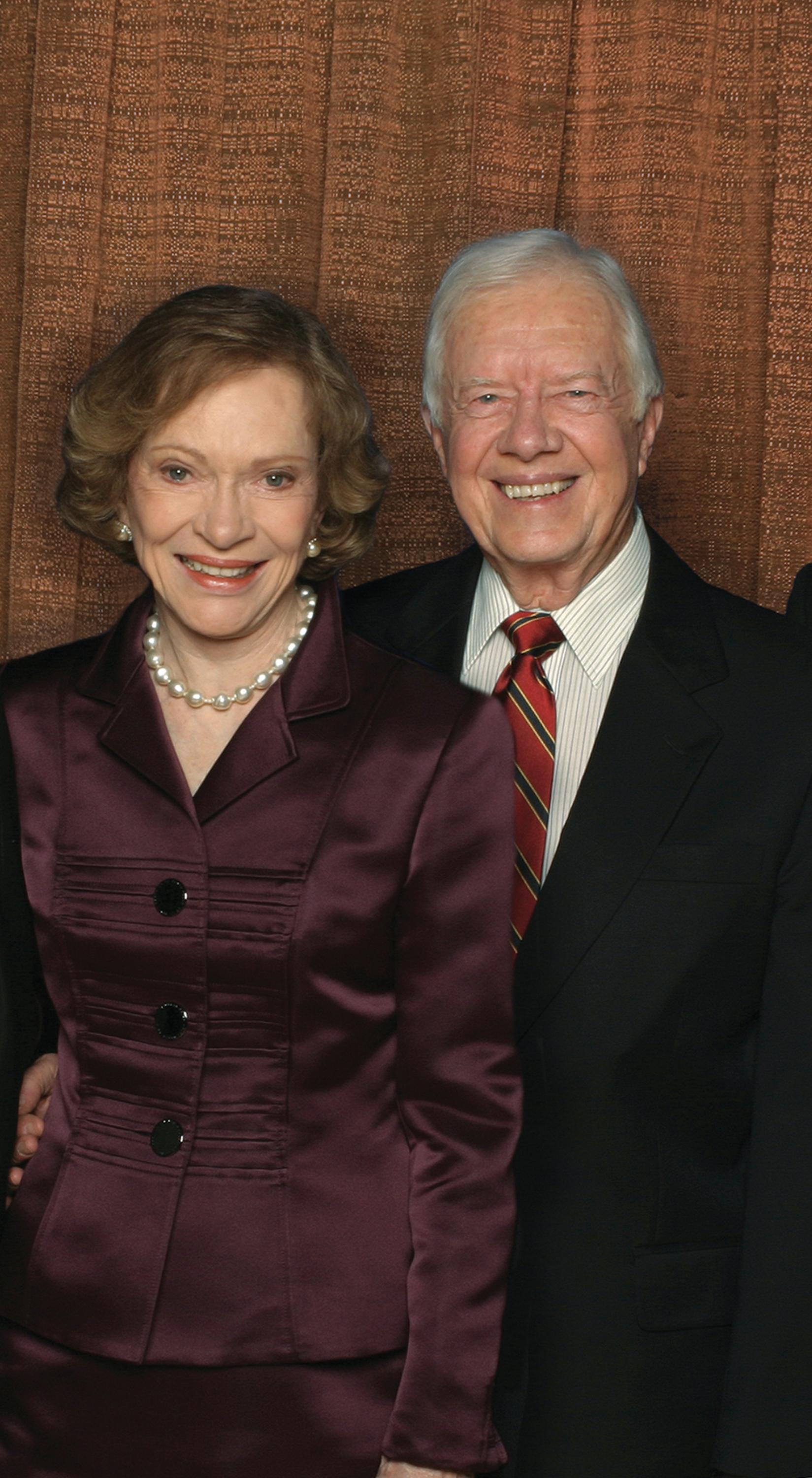 The former president and first lady are being jointly recognized for their partnership in a courageous collaboration to improve human rights and alleviate suffering around the world. Over the span of more than four decades their work has focused on improving health, preventing and resolving conflicts and enhancing freedom and democracy.

They are the first couple to receive the award, which recognizes those who demonstrate leadership to improve the human condition despite personal risks and challenges.

The Carters will be honored during a symposium on the power of partnerships taking place February 17 at the Biltmore, adjacent to Tech Square in midtown Atlanta. Planned activities include a town hall discussion between Georgia Tech students and the Carters.

“Rosalynn and I are humbled and honored to receive this award,” said Jimmy Carter, who attended Georgia Tech and received an honorary degree from the Institute in 1979.

“Our work to advance peace and health for the world’s least fortunate people through The Carter Center has been the pinnacle of our lives,” he said. “We are grateful if our experiences offer some inspiration to others to reach out to do what they can to help make life better for their neighbors next door or those in other nations. You don’t have to be a former president or former first lady to make a difference in the lives of others. Anyone can find the courage to speak out against injustice and lend a helping hand within their own circle.”

The Carters, who have been married for more than 70 years, have accomplished much together, whether it be their time in the White House, his receiving the Nobel Peace Prize in 2002 or her groundbreaking work in mental health advocacy.

“For more than four decades, the Carters have worked tirelessly to improve global health and human rights, as well as to promote democracy in more than 65 countries throughout the world,” Peterson said. “Looking beyond the safe and the convenient, they have traveled to dangerous places, and fearlessly confronted injustice. Their shared vision, tenacity and courage have resulted in conflict resolution between countries and peoples, the eradication of diseases in the developing world and advancements in mental health understanding and support. Former President Jimmy Carter and Rosalynn Carter exemplify the far-reaching global changes that are possible through a lifetime partnership in social courage.”

Earlier this month The Carter Center announced it is poised to wipe out the Guinea worm disease from the planet. In the mid-1980s the painful disease afflicted about 3.5 million people each year in 21 countries across Africa and Asia. Today the number of cases has dropped to just 25 in three countries – Chad, Ethiopia and South Sudan.

The Carter Center’s unique focus on disease eradication has filled a vacuum in the world when few were paying much attention to this problem. The last disease eradicated was smallpox in 1980.

The Ivan Allen Jr. Prize in Social Courage honors the people behind the efforts to improve the human condition. The award is named for former Atlanta Mayor Ivan Allen Jr. Funded in perpetuity by a grant from the Wilbur and Hilda Glenn Family Foundation, recipients are awarded a $100,000 stipend.

Learn more about the prize here. 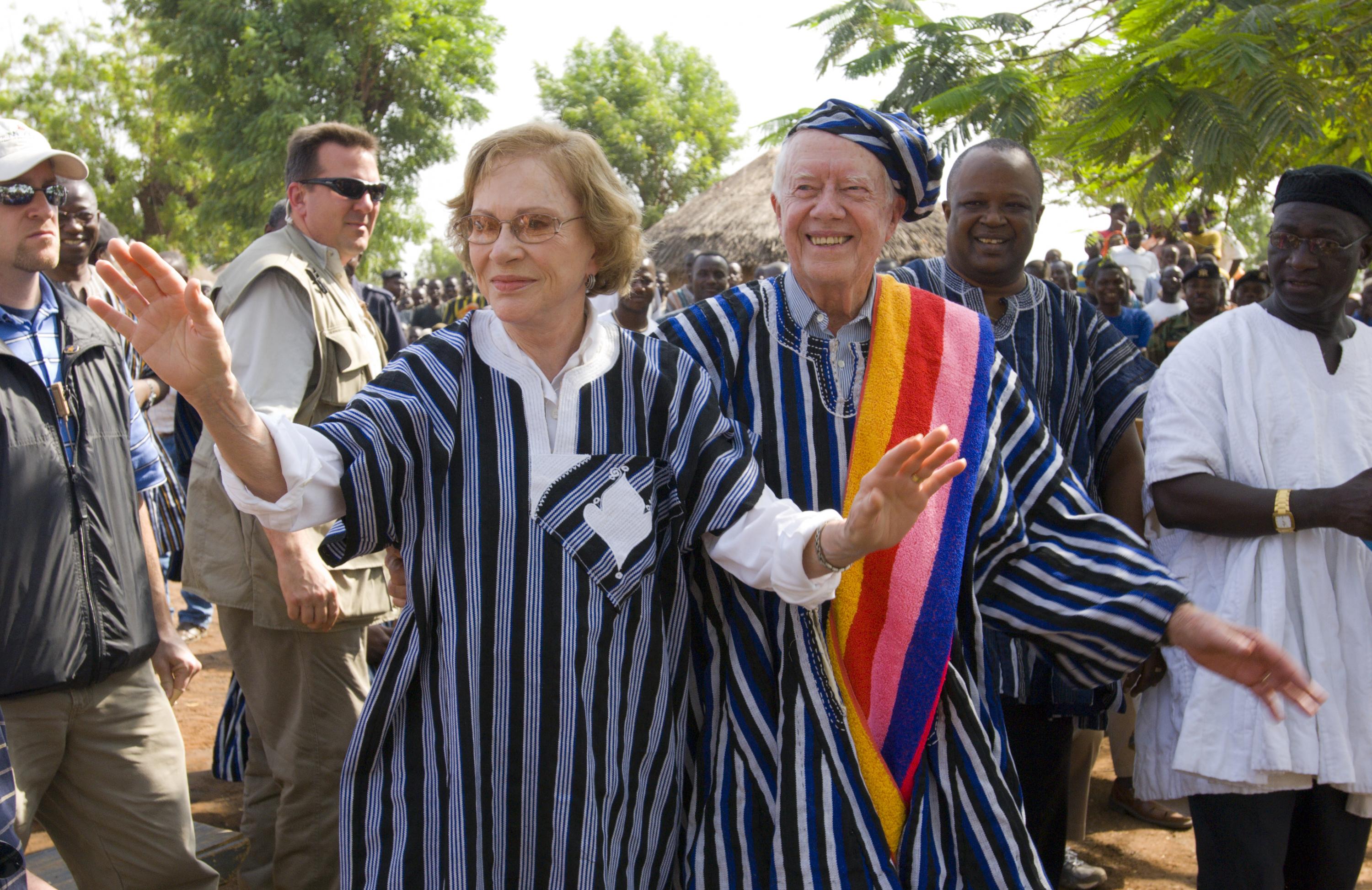 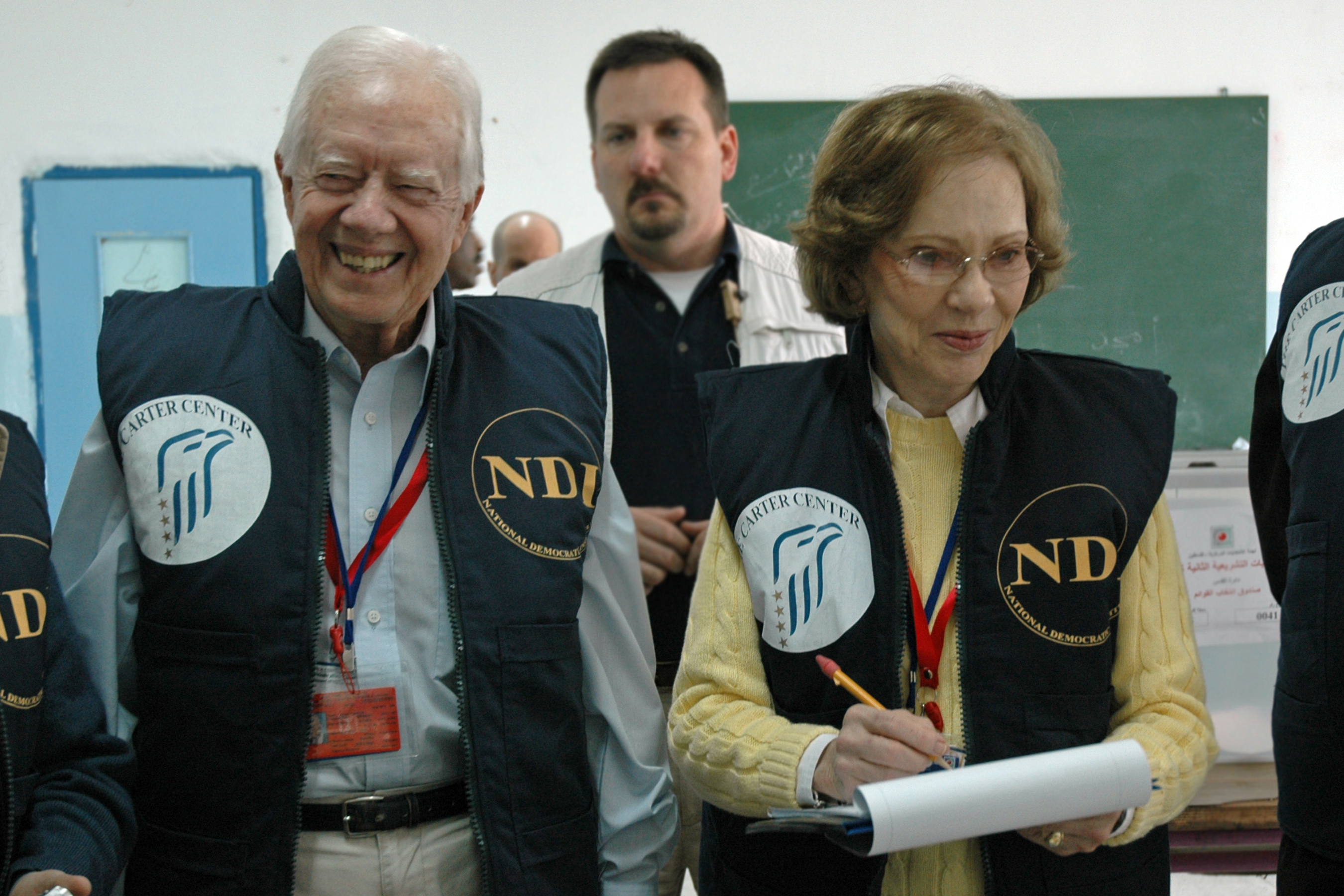 Jimmy and Rosalynn Carter observe the 2006 Palestinian parliamentary elections as part of an 80-member delegation, organized by The Carter Center and the National Democratic Institute. The delegation included elected officials, electoral and human rights experts, regional specialists, and political and civic leaders from North America, the Middle East, Europe, Africa, and Asia. The Carters are the 2017 recipients of the Ivan Allen Jr. Prize for Social Courage. They are being honored for their partnership a

Please note, due to space limitations this is an invitation-only event. We encourage the campus community and public to view a live webcast beginning at 10 a.m. Friday, February 17, at ivanallenprize.gatech.edu.