Finalists Selected for the 2017 InVenture Prize

Six teams are competing for $35,000 in prizes. The InVenture Prize finale will take place March 15 at the Ferst Center for the Arts.

The six teams competing for Georgia Tech’s 2017 InVenture Prize have invented devices that aim to make our lives safer or more efficient.

The annual competition brings together student innovators from all academic backgrounds to foster creativity, invention and entrepreneurship.

More than 500 students applied for the contest, which will select a winner March 15.

Here are the finalists:

Capable Cane is a walking cane that unfolds into a portable, full-sized comfortable seat. The design offers the stability of four legs and provides an armrest and a backrest, making it safer than what is currently available.

CauteryGuard is a safer electrocautery device, which is used by doctors, veterinarians and other medical personnel to remove unwanted tissue and to stop bleeding. The CauteryGaurd automatically retracts when not in use, and the inventors said this removes any chance of accidental injury caused by the device during procedures.

CPR+ is a CPR mask that allows an untrained bystander to perform CPR by collecting vitals and dynamically walking the user through each step of the process.

Gaitway are transportable, collapsible parallel bars for physical therapists to use when working with children. Unlike other designs, Gaitway can be used by children as young as 15 months and as old as 10 and can support up to 150 pounds.

InternBlitz takes the digital college application system of the Common App and applies it to internships. With more than 600 internships to choose from, students can apply for 15 different internships in just five minutes.

PickAR is like Google Maps for warehouses. The team invented a headset, which uses augmented reality technology to overlay picking information and directions to packages so warehouses can find and process orders more efficiently.

The winning team will take home $20,000 and will represent Georgia Tech in the annual ACC InVenture Prize, taking place on campus March 31.

The finale will take place March 15 at the Ferst Center for the Arts. Tickets are free and can be requested here.

The event will also be aired live on Georgia Public Broadcasting. 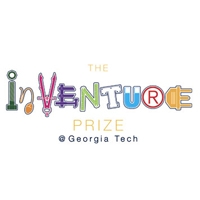