The Search for Life in the Solar System

Scientists are getting ready to take giant leaps in their search for life in our solar system. 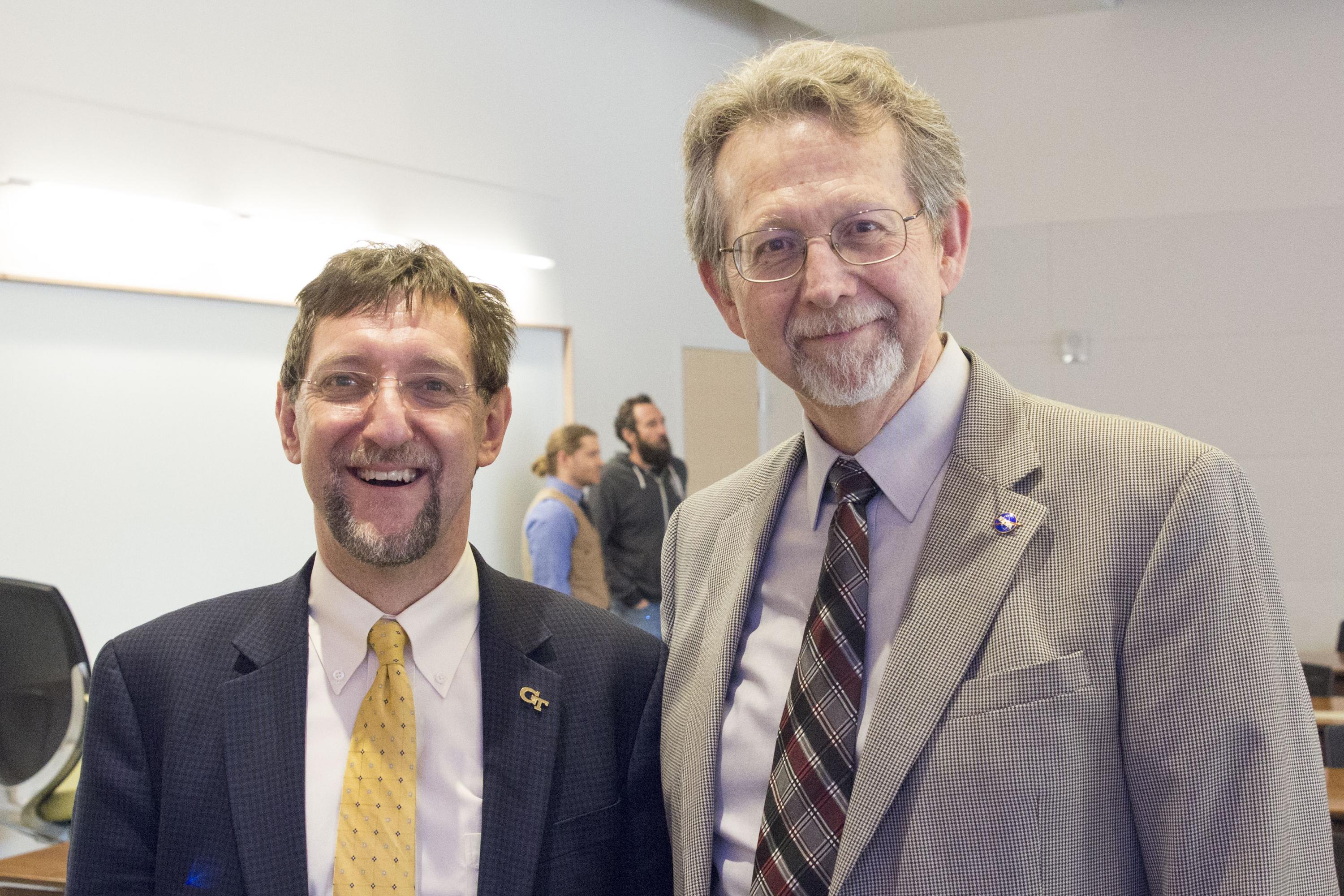 Scientists are getting ready to take giant leaps in their search for life in our solar system, and Georgia Tech researchers are playing key roles in that momentous journey.

An important stop on that celestial express is Jupiter’s frigid moon Europa. Institute researchers contributed to a NASA-commissioned study that just proposed a way to land there and examine surface samples. It would mark the first such serious attempt to look for life in the solar system since the Mars Viking probes of the mid-1970s.

That’s according to James Green, director of NASA’s Planetary Sciences Division. Green wowed a standing-room-only crowd on Monday with a guided tour of Europa, Mars, the dwarf planet and former asteroid Ceres, and other celestial bodies that might contain the basic recipes for life.

“We’re finding new and exciting places where life might exist,” Green told the audience. “Searching for life is going to take all our efforts – from biology to chemistry to planetary science and everything in between. And I’m proud to say that Georgia Tech is doing fabulously in this area, and I hope it continues.”

That Georgia Tech-NASA connection has yielded findings like the much-heralded 2015 discovery of flowing water on Mars. The most recent example, however, is the Feb. 8 release of a NASA-commissioned science definition team study co-authored by Britney Schmidt, a planetary scientist in the School of Earth and Atmospheric Sciences.

Schmidt, who spends time in Antarctica studying how organisms survive in frozen or near-freezing worlds, is part of a team proposing a 2021 mission to Europa. A lander would set down on the moon’s icy crust and take samples from above and below the surface that might bear proof of current or past organic activity.

“If you get past the surface, Europa looks a lot like Earth,” Schmidt said. “It’s water, it’s interacting with rock, it has a lot of the same chemistry, a lot of the same temperatures. We’re very biased because we stand on rocks, but if you go to the Antarctic where we work, some things there would not be surprised or not be sad if they were living on Europa.”

The study includes descriptions of the instrumentation that would be needed not only to find proof of life on Europa, but also to determine whether the moon was ever habitable.

“We should be examining places in the solar system that give us the best opportunity to understand what the limits of life really are,” Schmidt said. “Right now the only limits seem to be our own imagination.”

Images and descriptions from Green – all courtesy of the latest findings from deep-space probes, planetary rovers, and orbiting telescopes – fired the audience’s imagination. Green’s solar system tour included the sulfuric acid rain and crushing atmospheric pressures of Venus; a rover-lowering “skycrane” in the Mars 2020 mission, like the one used to put the Curiosity rover on the planet; the soaring geysers on Saturn’s moon Enceladus, which form “a wall of water” on the icy surface; and the vast methane oceans of another Saturn moon, Titan. “If there’s any type of life that’s very different from our own,” Green said, “it’s got to be on Titan."  Green’s slide showed Titan accompanied by a photo of Star Trek’s Mr. Spock and the meme, “It’s life, Jim, but not as we know it.”

NASA’s latest data, extensively analyzed by government and academic researchers, is giving the agency some new paths to consider as it plots the next phase of unmanned missions to search for life.

“In these last 10 years in particular, what we’ve decided to go after is really to follow the water,” Green said. “The water in our solar system has to be an underlying basis for where we might go and look for life. If a body has water today or in its past, perhaps it had life in its past or maybe even today.”

Another key ingredient in the recipe for life – energy – doesn’t have to involve only proximity to the sun. It can be generated internally by a planet’s core or, in the case of Europa, externally by Jupiter’s tidal forces, which are constantly squeezing the moon. “The surface may rise or fall by 30 meters,” Green said. “That heat has got to go somewhere. It melted this ice and created and maintains what we believe is a global ocean.”

Green said the search for life also includes exoplanets, planets that orbit suns in other solar systems outside of our own. Much of the current information about exoplanets comes from the Kepler space telescope, launched in 2009. Some of those exoplanets may be in habitable zones of distant solar systems.

But as NASA announced this week, the Spitzer Space Telescope has revealed the existence of seven Earth-size exoplanets orbiting a single star in the constellation Andromeda, about 40 light years (235 trillion miles) from Earth. That finding was published today in the journal Nature. All seven exoplanets may have liquid water, and three may lie within their star’s habitable zone.

Planetary exploration and the search for life must involve an interdisciplinary scientific approach, College of Sciences Dean Paul M. Goldbart said. “None of this could be done without the input of geochemists, geobiologists, and geophysicists; everyone working together, and everyone knowledgeable about what everyone is doing. It’s this confluence of expertise that makes the whole thing fly.”

As for looking beyond the solar system, “we’re eager to invest in that space between astrophysics, planetary science, and the early-life research,” Goldbart said. “One or two additional team members would cement the from-the-planets-to-the-cosmos community here at Georgia Tech.” 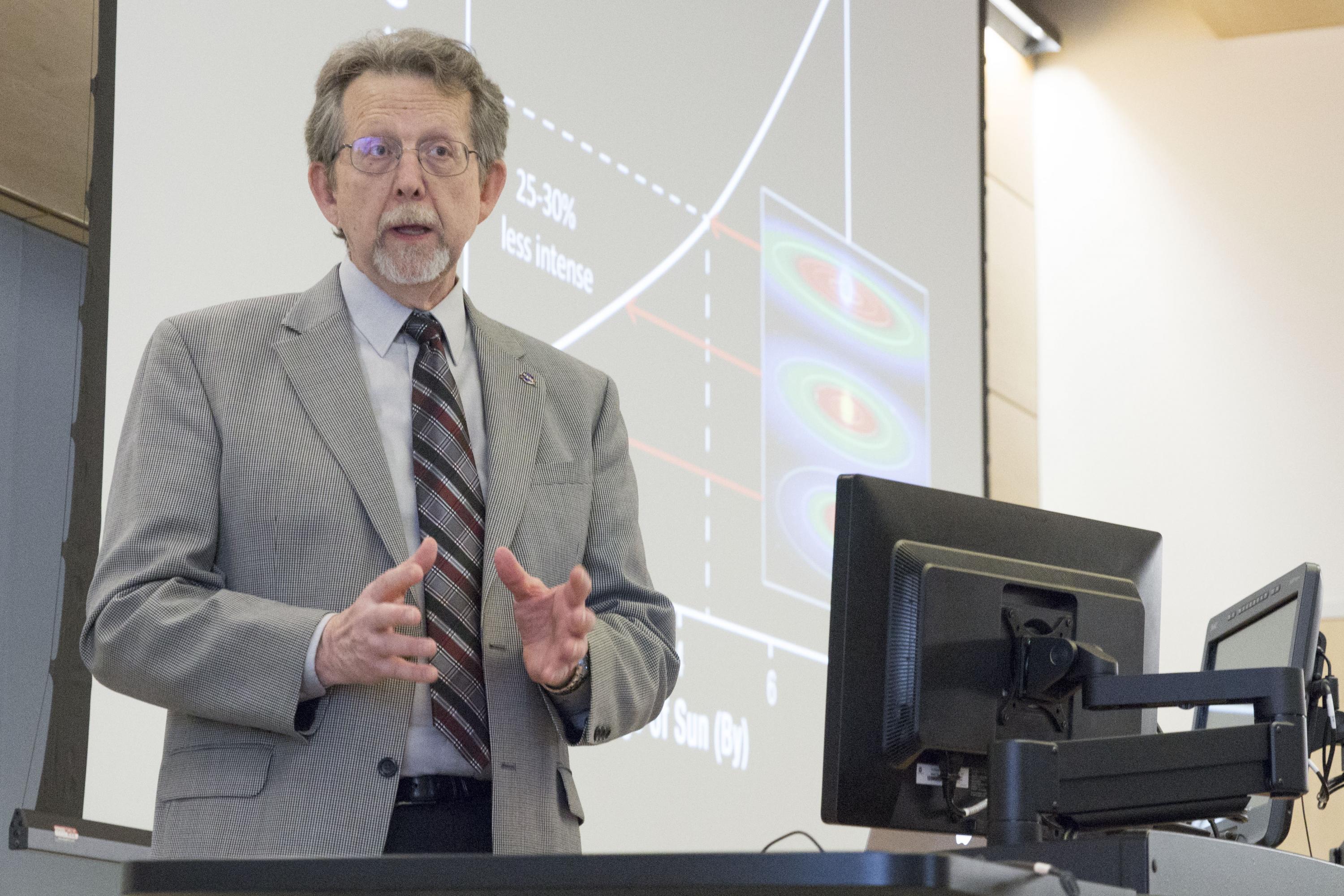 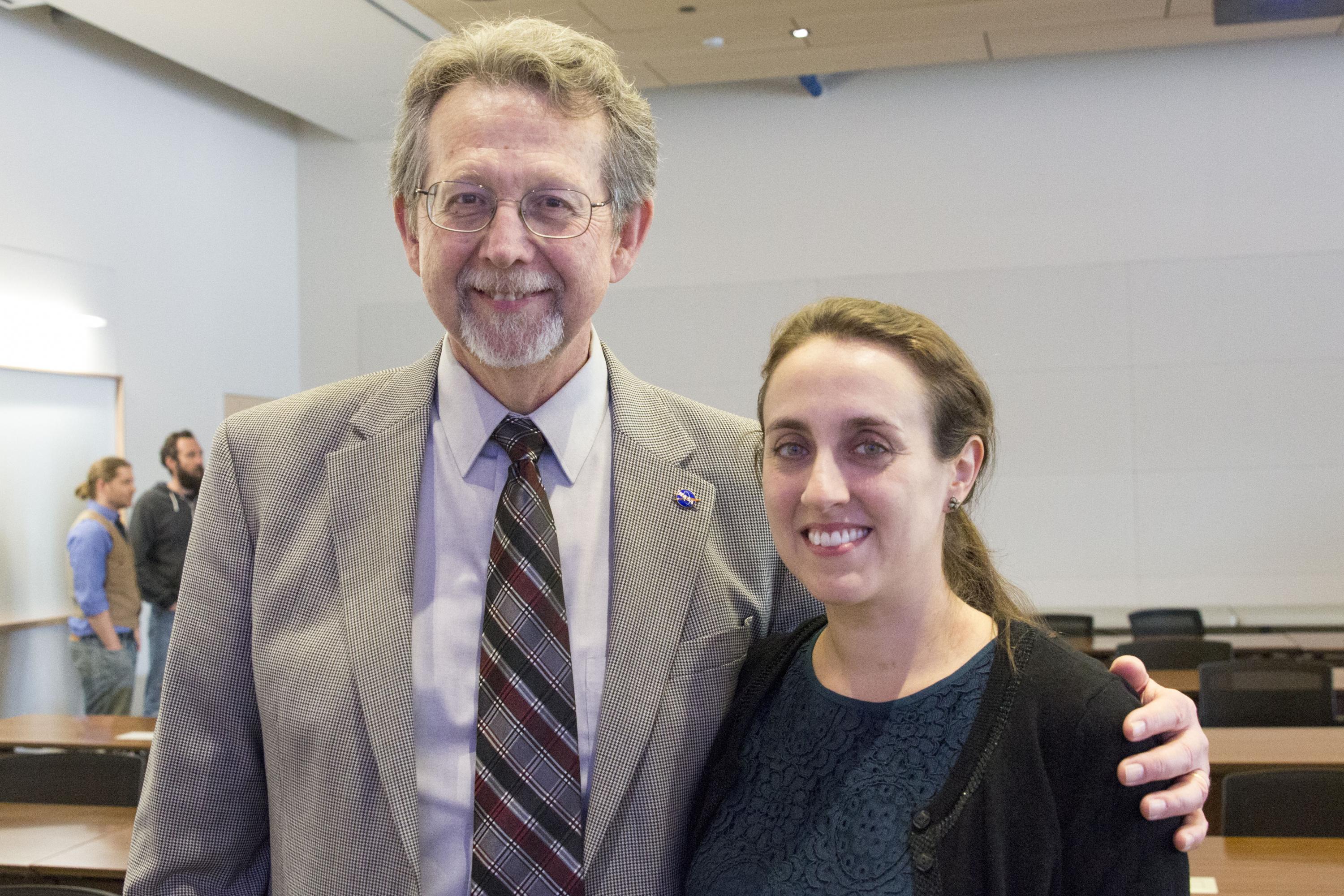