Modeling and data analysis done by researchers at the Georgia Institute of Technology suggest that sea ice and snowfall changes have shifted China's winter monsoon, helping create stagnant atmospheric conditions that trap pollution over the country's major population and industrial centers. Those changes in regional atmospheric conditions are frustrating efforts to address pollution through emission controls.

"Emissions in China have been decreasing over the last four years, but the severe winter haze is not getting better," said Yuhang Wang, a professor in Georgia Tech's School of Earth and Atmospheric Sciences. "Mostly, that's because of a very rapid change in the high polar regions where sea ice is decreasing and snowfall is increasing. This perturbation keeps cold air from getting into the eastern parts of China where it would flush out the air pollution."

Reported March 15 in the journal Science Advances, the research was sponsored by the National Science Foundation and Environmental Protection Agency. The paper presents a clear example of how large-scale perturbations caused by global climate change can have significant regional impacts, and is believed to be the first to link sea ice and snowfall levels to regional air pollution.

Haze problems in the East China Plains – which include the capital Beijing – first gained worldwide attention during the winter of 2013 when an instrument at the U.S. embassy recorded extremely high levels of PM 2.5 particles. The haze prompted the Chinese government to institute strict targets for reducing emissions from industry and other sources.

Though these emission controls appear to be working, the haze during December and January continues. So Wang and colleagues Yufei Zou, Yuzhong Zhang and Ja-Ho Koo wondered if other factors may be playing a role.

Long-term air quality measurements aren’t available in China, so the researchers had to piece together estimates based on visibility measures and satellite data. To analyze the historical records, they created a new Pollution Potential Index (PPI) that used air temperature gradient anomalies and surface wind speeds as a proxy for ventilation conditions over eastern China.

“Once we generated the PPI and combined it with the visibility data, it was obvious that January 2013 was well beyond anything that had ever been seen before going back at least three decades,” said Wang. “But in that month emissions had not changed, so we knew there had to be another factor.”

The East China Plains consist of interconnected basins surrounded by mountain ranges to the west and the ocean to the east, a mirror image of the polluted Southern California. Pollution generated by industry and vehicles can be removed effectively only by horizontal dispersion or by vertical mixing in winter, and when those processes fail to move out stagnant air, pollution builds up. It seemed likely that something was preventing the ventilation that would have kept the air cleaner.

The researchers next looked at climate features such as sea ice, snowfall, El Niños, and Pacific Oscillations. They conducted principal component and maximum covariance analyses and found correlations of stagnant air conditions over China to Arctic sea ice – which reached a record low in the fall of 2012 – and snowfall in the upper latitudes of Siberia, which had reached a record high earlier in the winter. They then used atmospheric model simulations to study how those factors change large-scale atmospheric circulation patterns and pollution ventilation over eastern China.

“The reductions in sea ice and increase in snowfall have the effect of damping the climatological pressure ridge structure over China,” Wang said. “That flattens the temperature and pressure gradients and moves the East Asian Winter Monsoon to the east, decreasing wind speeds and creating an atmospheric circulation that makes the air in China more stagnant.”

The winter of 2017 saw the same factors, with low levels of Arctic sea ice in September 2016, high snowfall – and severe haze. Wang says those factors are likely to continue as the global climate change disrupts the normal structure of the atmosphere.

“Despite the efforts to reduce emissions, we think that haze will probably continue for the future,” he said. “This is partly climate-driven now, so it probably won’t get much better in the winter. Emissions are no longer the only driver of these conditions.”

Wang hopes to continue the study using new data from China’s air quality monitoring network. The impact of global climate change, he said, may be unique to China because of its geography and sensitivity to changes in atmospheric circulation structure. Though the problem is now manifested in air pollution, he said the results of the study should encourage the nation to continue addressing climate change.

“The very rapid change in polar warming is really having a large impact on China,” he said. “That gives China an incentive to not only follow through on air pollutant emission reductions, and also to look at the potential for reducing greenhouse gas emissions. Our research shows that cutting greenhouse gases would help with the winter haze problem.”

This work was supported by the National Science Foundation Atmospheric Chemistry Program and the U.S. EPA Science To Achieve Results (STAR) Program through grant RD-83520401. It has not been subjected to any EPA review and therefore does not necessarily reflect the views of the EPA, and no official endorsement should be inferred. Any opinions, findings, and conclusions or recommendations expressed in this material are those of the authors and do not necessarily reflect the views of the sponsoring agencies. 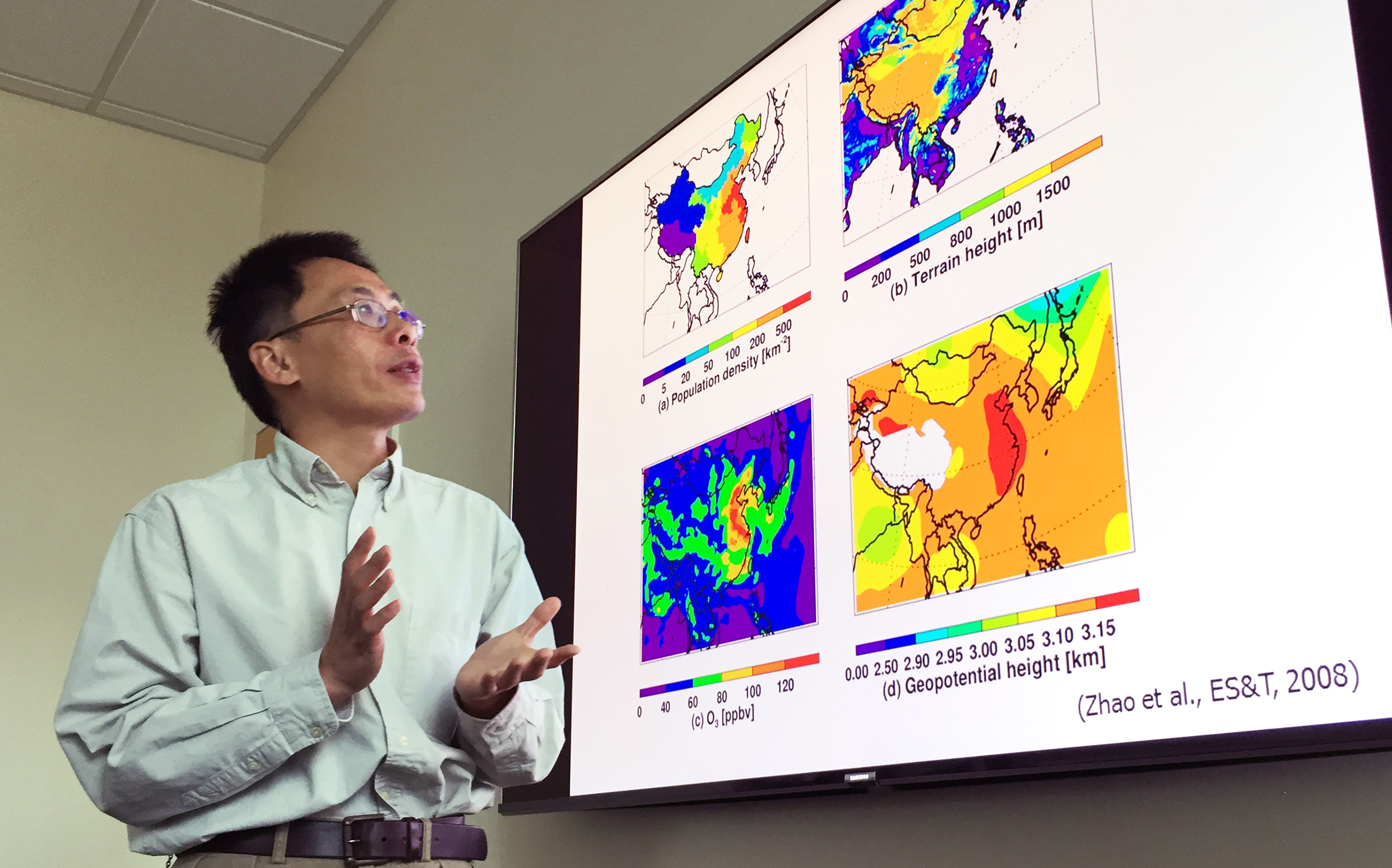 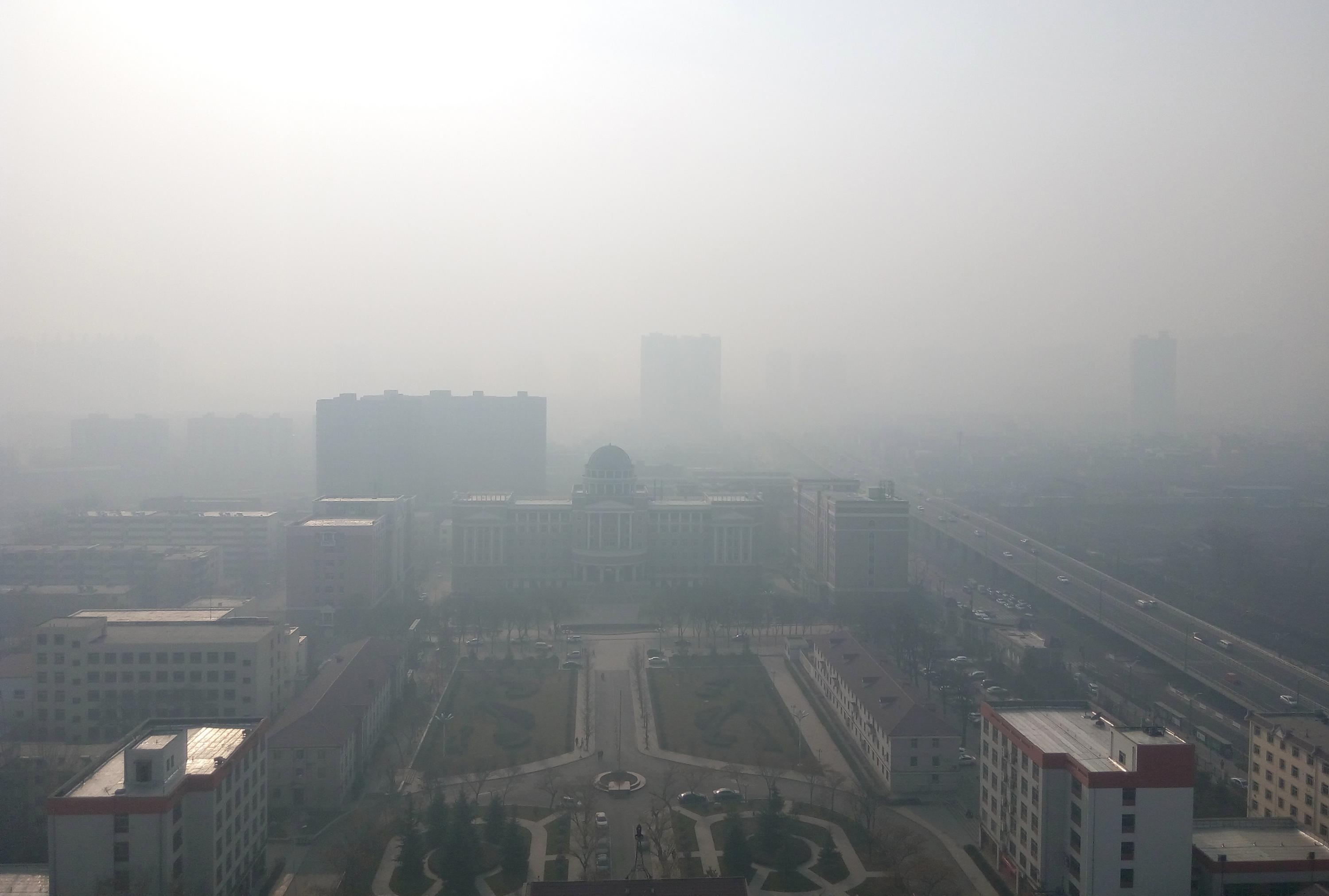 Photo taken in the city of Taiyuan, China shows haze on December 3, 2016. (Courtesy of Yuhang Wang) 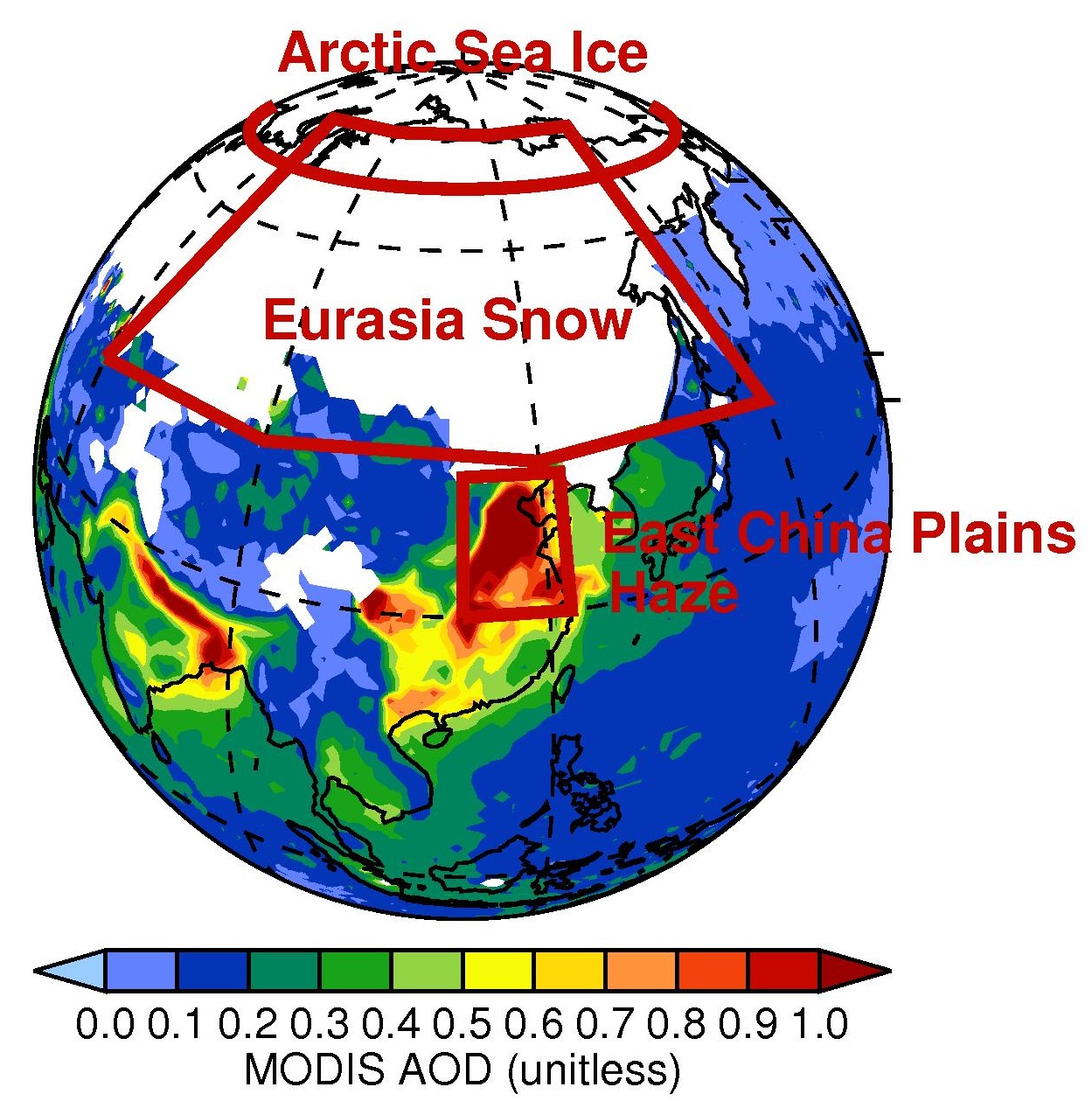