On Wednesday, Shane Kimbrough admitted his body was sore from sitting and his feet ached from walking. It was better than Tuesday, when he felt a little wobbly getting around and didn’t have much of an appetite. Blame it all on Monday, when Kimbrough felt gravity for the first time in nearly six months.

Kimbrough is finally back on Earth. The Georgia Tech graduate landed in Kazakhstan early Monday morning to wrap up a 173-day mission in space. As commander of the International Space Station (ISS), he circled the globe 2,768 times and traveled 73.2 million miles.

On Wednesday, already back at NASA’s Johnson Space Center in Houston, he spoke to Georgia Tech about the mission that began on October 17.

“I feel pretty good today, much better than yesterday,” said Kimbrough, who earned his master’s degree in operations research in 1998 from the H. Milton Stewart School of Industrial and Systems Engineering. “My balance is a little off because my inner ear doesn’t know where it is. But I’m much more stable than I was on Tuesday.”

During his stay on board the station, Kimbrough conducted four spacewalks totaling more than 26 hours. He and the crew also welcomed five visiting spacecrafts — Kimbrough grabbed a few of them with the ISS’s robotic arm.

After nearly six months, you would think he would get some days off work. But the next six weeks are important, as NASA conducts experiments on him to learn more about how his body changed in space and readjusts to Earth. He will also huddle with researchers around the world to discuss the countless experiments he did on the orbiting laboratory. Only then will he get some much-deserved time away from the office with his wife and three children.

“I’m looking forward to eating things we didn’t have on the station, like fresh fruit and vegetables. And pizza,” Kimbrough said. “I also can’t wait to take a run with my dog.”

This was Kimbrough’s second trip to space — he flew aboard the space shuttle in 2008. Georgia Tech has 14 astronaut graduates, tied for second among public universities. 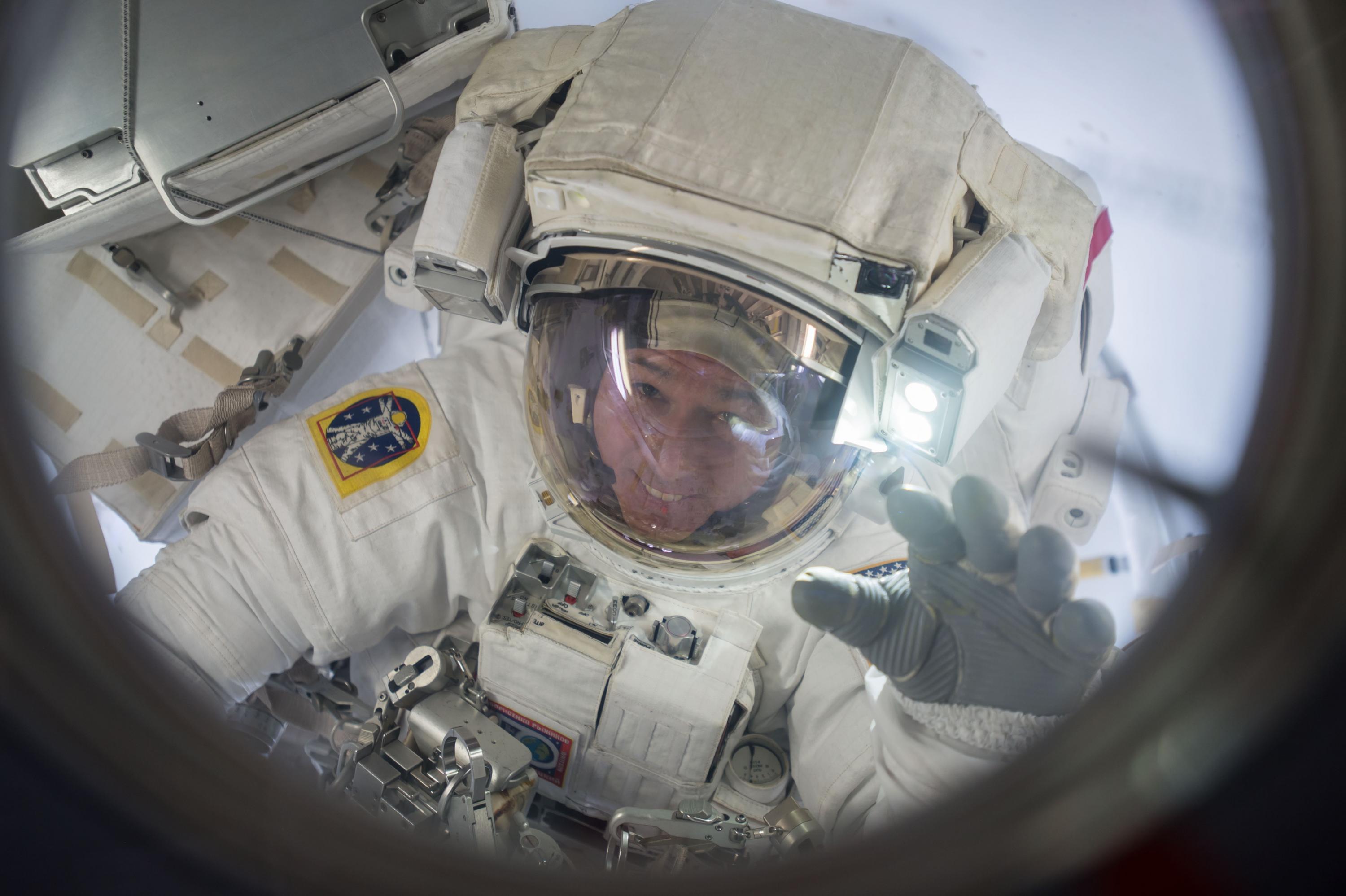 Tech graduate Shane Kimbrough is seen floating in the Quest airlock at the end of a spacewalk outside the International Space Station. Photo courtesy: NASA on March 24, 2017 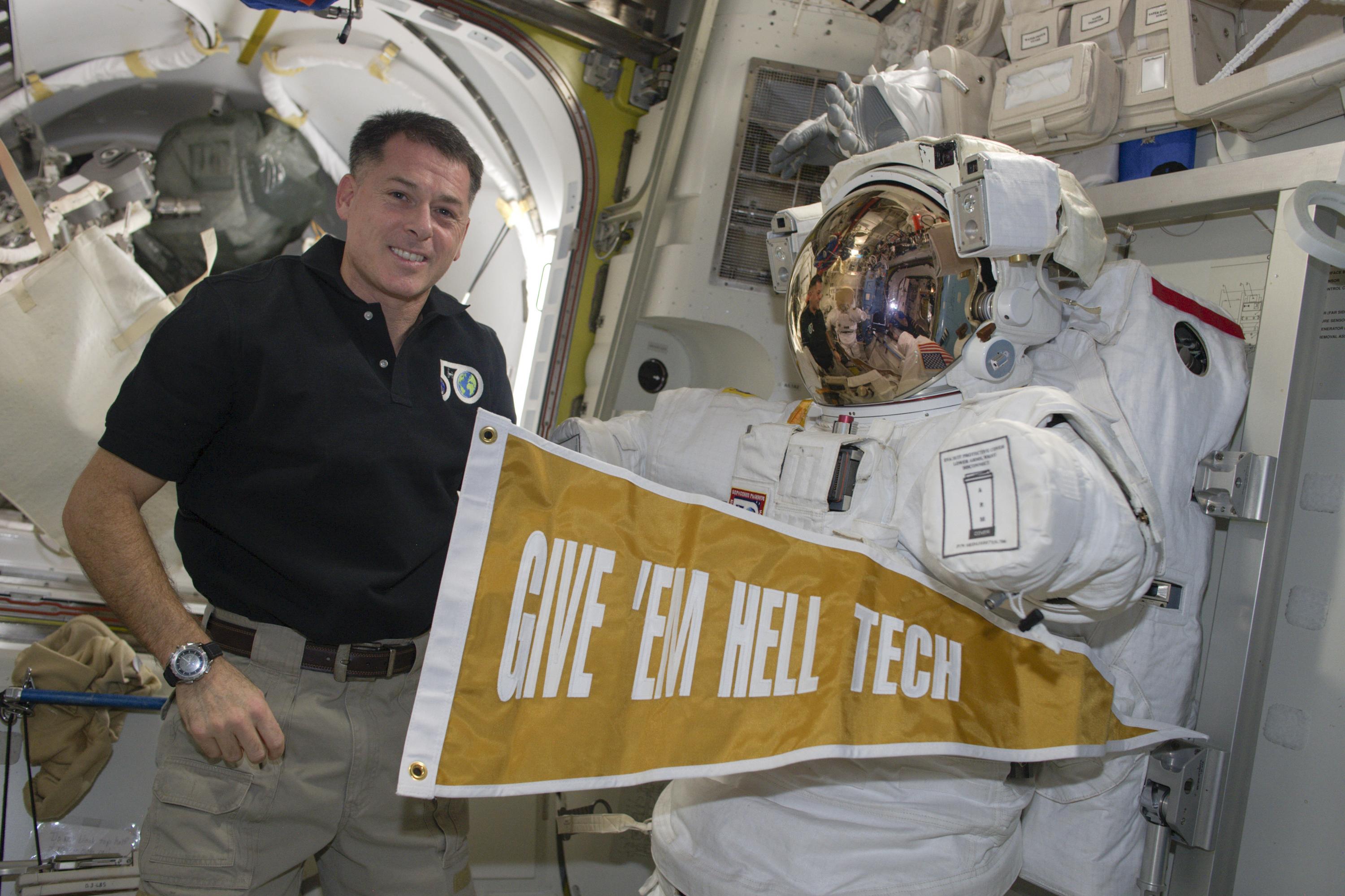 Shane Kimbrough flies a flag from the Ramblin' Wreck in space in January 2017. 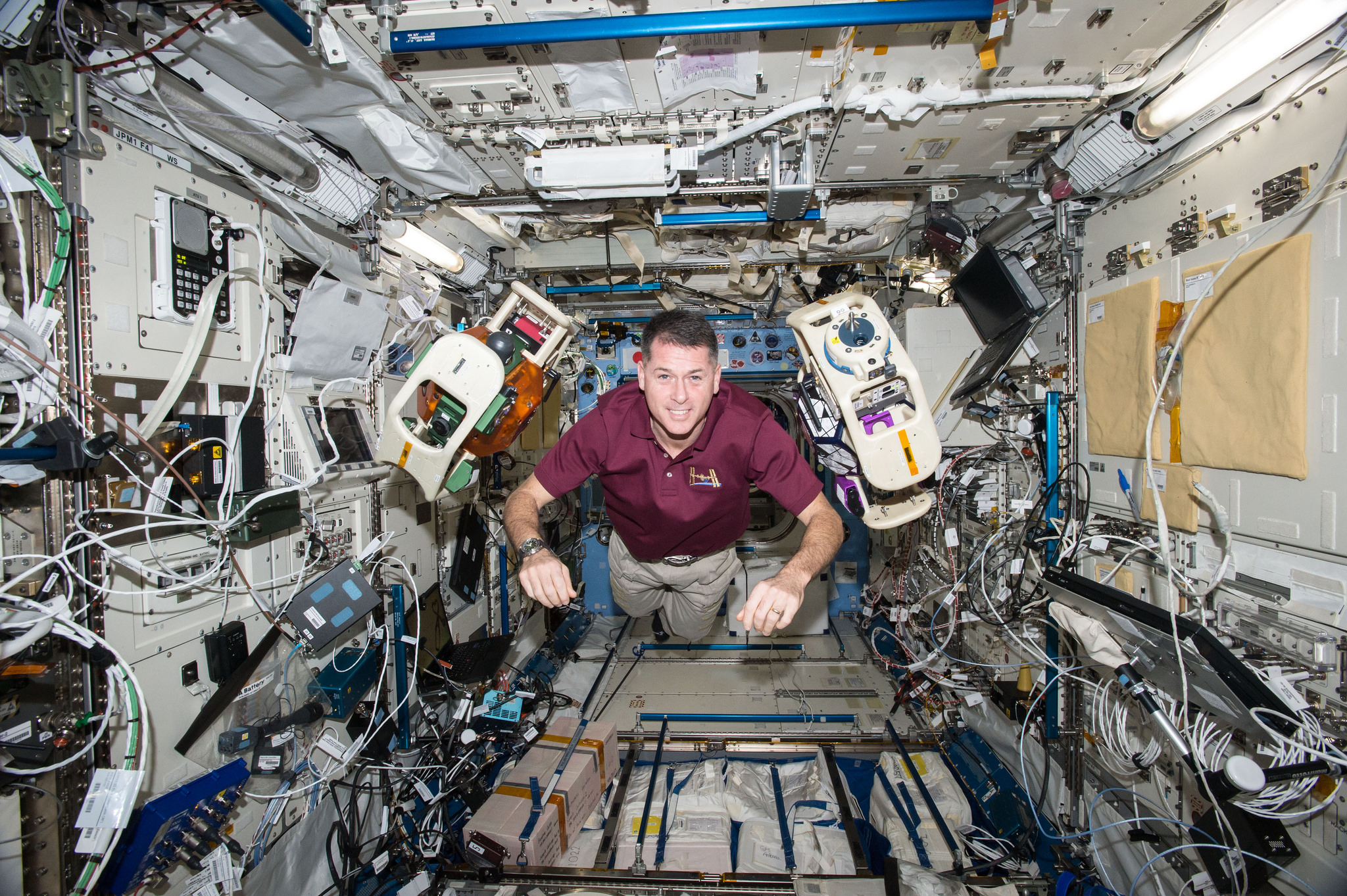