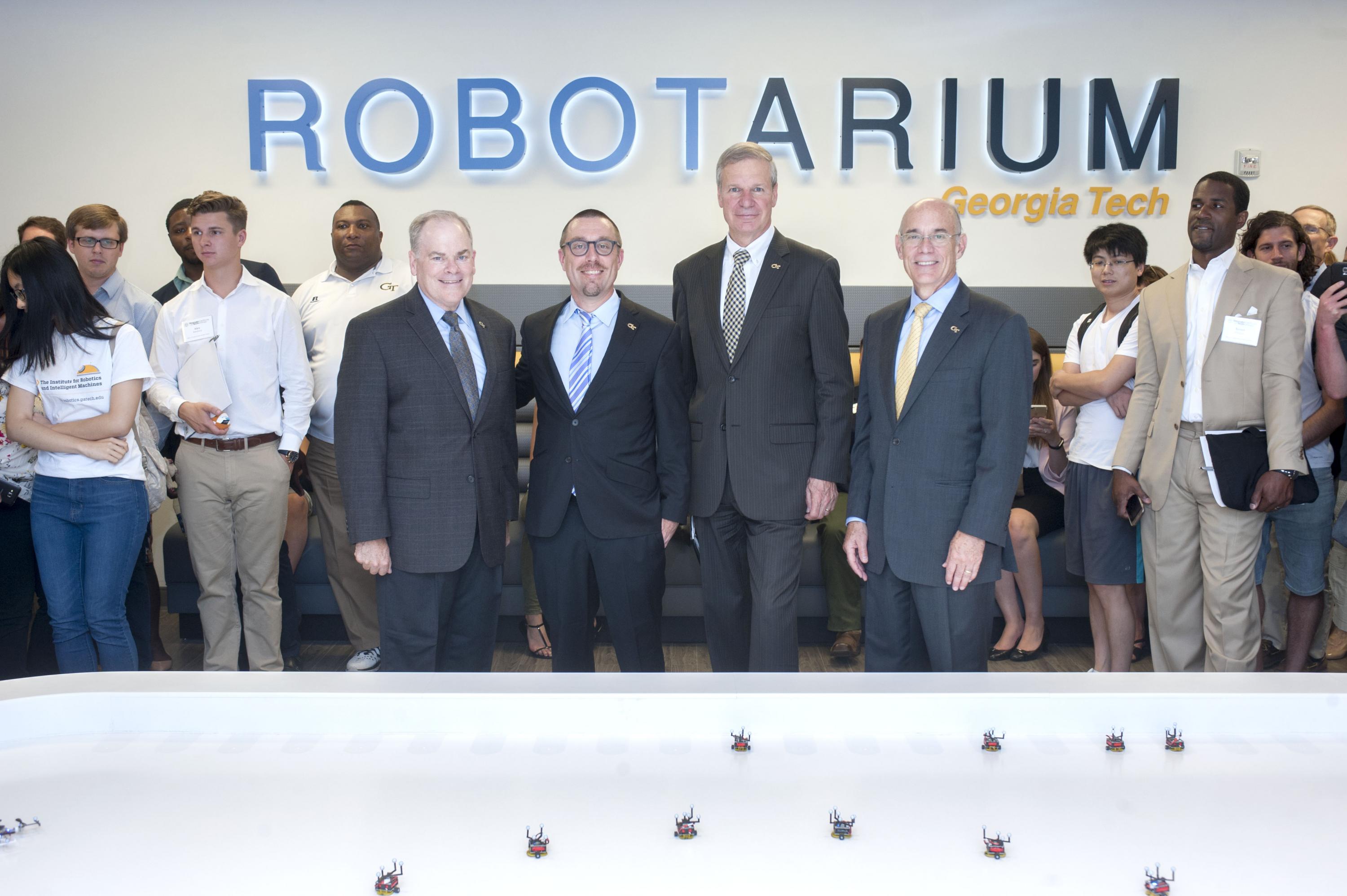 The nation’s first remote robotics lab, and the nearly 100 machines that call it home, is now open thanks to a little help from its friends.

The Robotarium held its grand opening on Tuesday in the Van Leer Building. Appropriately, a scissor-wielding robot (named Snips) cut the ribbon. Later, a researcher from the University of Illinois at Urbana-Champaign skyped into the room to run a live remote experiment.

“It’s time to begin a new era in robotics,” said Magnus Egerstedt, the Julian T. Hightower Chair in Systems and Controls and a professor in the School of Electrical and Computer Engineering.

Egerstedt, who oversees the lab, was joined by President G.P. “Bud” Peterson, other cabinet members and more than a dozen congressional staffers who were on campus to learn more about Georgia Tech research and initiatives.

The Robotarium is a $2.5 million facility funded by the National Science Foundation and Office of Naval Research. It allows researchers around the world to upload their own code, then have Georgia Tech’s rolling and flying swarm robots perform the experiment. Afterwards the researcher is sent data and video.

Egerstedt, executive director of Georgia Tech's Institute for Robotics and Intelligent Machines, dreamed up the lab about two years ago. It’s expensive to build and maintain robots, let alone an entire robotics facility. He wanted more people to have access.

“It irritated me, and it still does, that robotics research is largely a resource competition and not a ‘who has the best ideas’ competition,” he said. “The Robotarium is solving that. If you have a good idea, you should have a platform to try it.”

Hundreds of students visited the lab after the ribbon-cutting ceremony for an open house. The Robotarium team conducted several experiments, including flying quadcopters able to change formation without crashing into each other.

Researchers can upload their programs and run experiments for free by visiting www.robotarium.org.

See photos from the ribbon cutting. 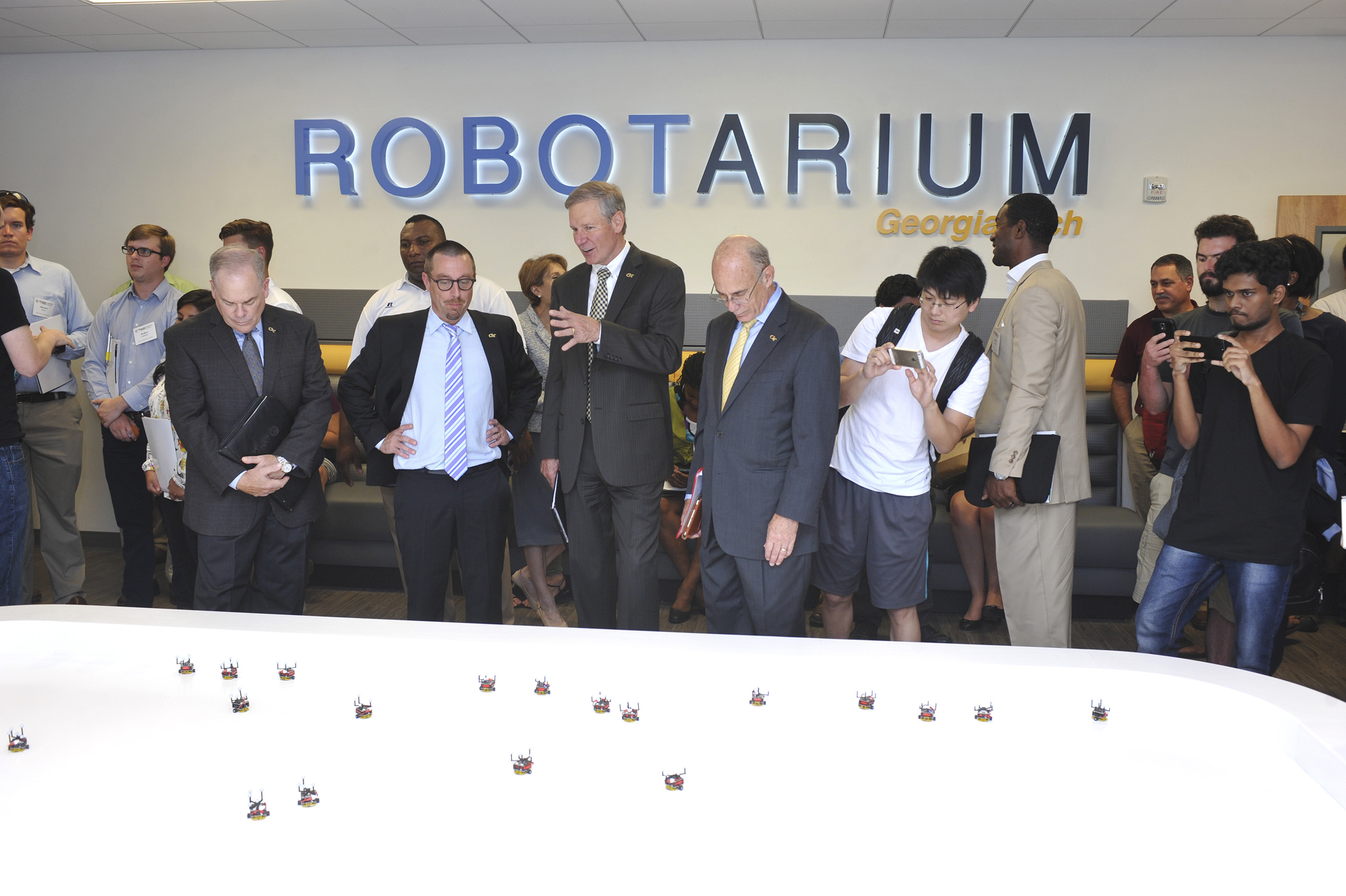 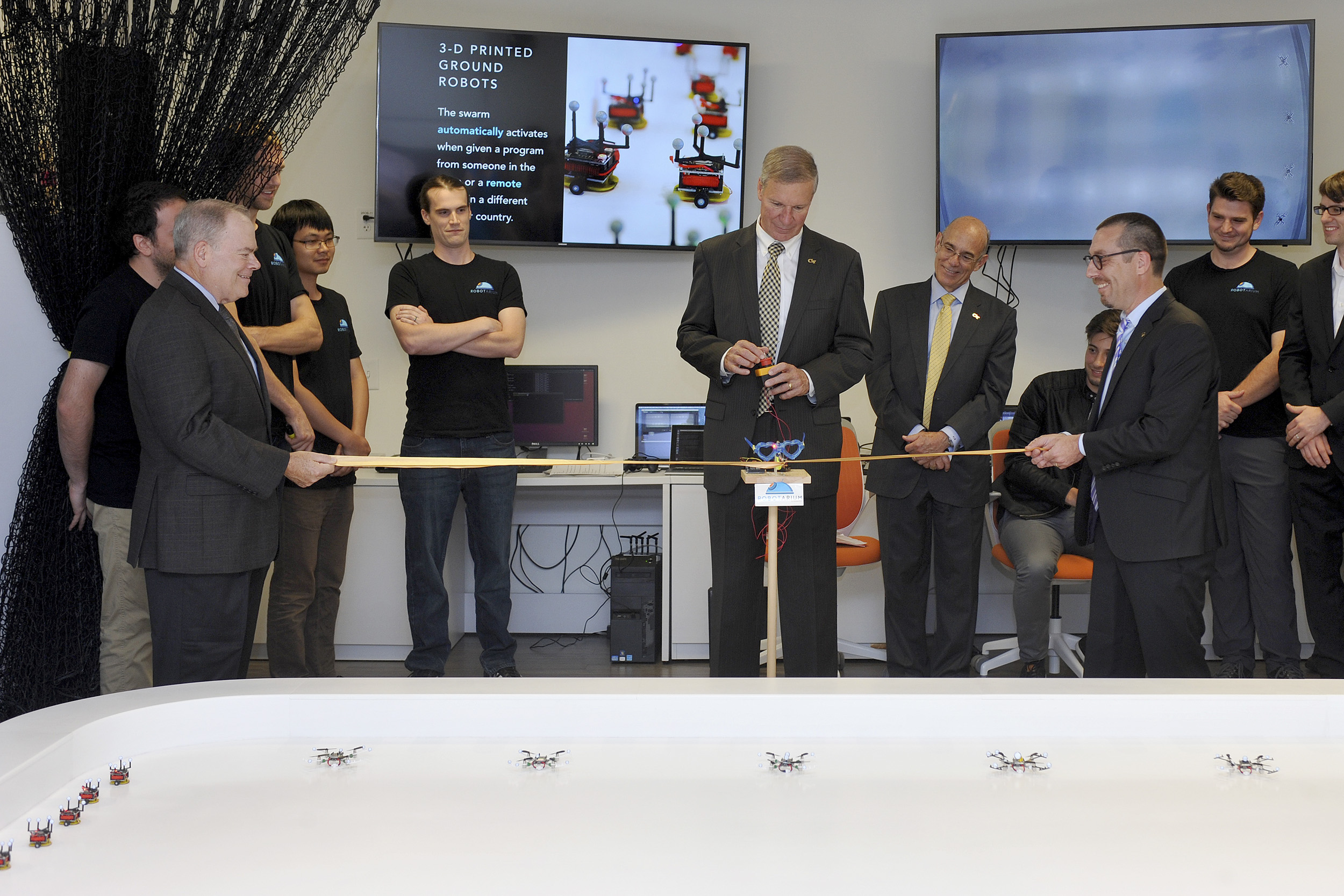 Snips the robot, controlled by President G.P. "Bud" Peterson, cuts the ribbon to open the Robotarium.