The sculpture, called Continuing the Conversation, reminds the Georgia Tech community how individuals can make a difference and change the world.

Rosa Parks launched a seminal moment in the civil rights movement through a single act of courage. Her strength motivated many to follow in her footsteps and now her presence, through a new sculpture on Georgia Tech’s campus, will inspire generations to come.

The unveiling of the Rosa Parks installation took place April 5, the day after the nation observed the 50th anniversary of Rev. Martin Luther King Jr.’s assassination.

Parks refused to give up her seat on a segregated city bus in Montgomery, Ala. That bold act sparked the bus boycott, which catapulted King into the national spotlight and galvanized the civil rights movement.

The bronze and granite sculpture installation depicts Parks at 42 years old, the age when her actions inspired the boycott, and at 92 years old, the age she died. The two sit across from one another, with an empty seat between them. It’s an invitation for others to join them in conversation and action.

Leah Miller, president of Tech’s African American Student Union, said she and other students have learned a lot of about the civil rights movement and its leaders from family and school.

“Like most of my peers, I am two generations removed from these change-makers,” she said. “As we walk to class, other activities and events, we and generations after us will be able to pause, remember the past and continue the conversation as we prepare to shape the future.”

The statue, titled Continuing the Conversation, sits in Harrison Square. The area is named for Georgia Tech’s sixth president, Edwin D. Harrison, who presided over the integration of Tech in 1961. He did so without a court order, making the Institute the first major university in the Deep South to integrate without a court mandate.

The sculpture, designed by Atlanta artist Martin Dawe, adds to the growing collection of public art on campus.

The Arts@Tech initiative harnesses the power of the arts to teach, challenge and embolden community members, said Rafael L. Bras, provost and executive vice president for Academic Affairs and the K. Harrison Brown Family Chair. Interactions with the arts foster learning, stir and incite creativity and inspire courage, he said.

“Very few among us have, or will ever have, the courage of Rosa Parks,” Bras said. “But it is important to remember that individuals can indeed change the world. She did. This sculpture will always remind us to do the same.”

Urana McCauley, Parks’ great-niece, told the crowd how her aunt’s stance on justice and racial equality never wavered, even when she endured death threats. While people often describe Parks as an icon, McCauley said “she was just an ordinary person who did an extraordinary thing.”

“Remember that there is no such thing as a small act of kindness,” McCauley said. “You don’t have to be an icon like Rosa Parks to do extraordinary things. My hope and desire is that this sculpture will inspire and create conversations that turn into action, and people want to get involved.” 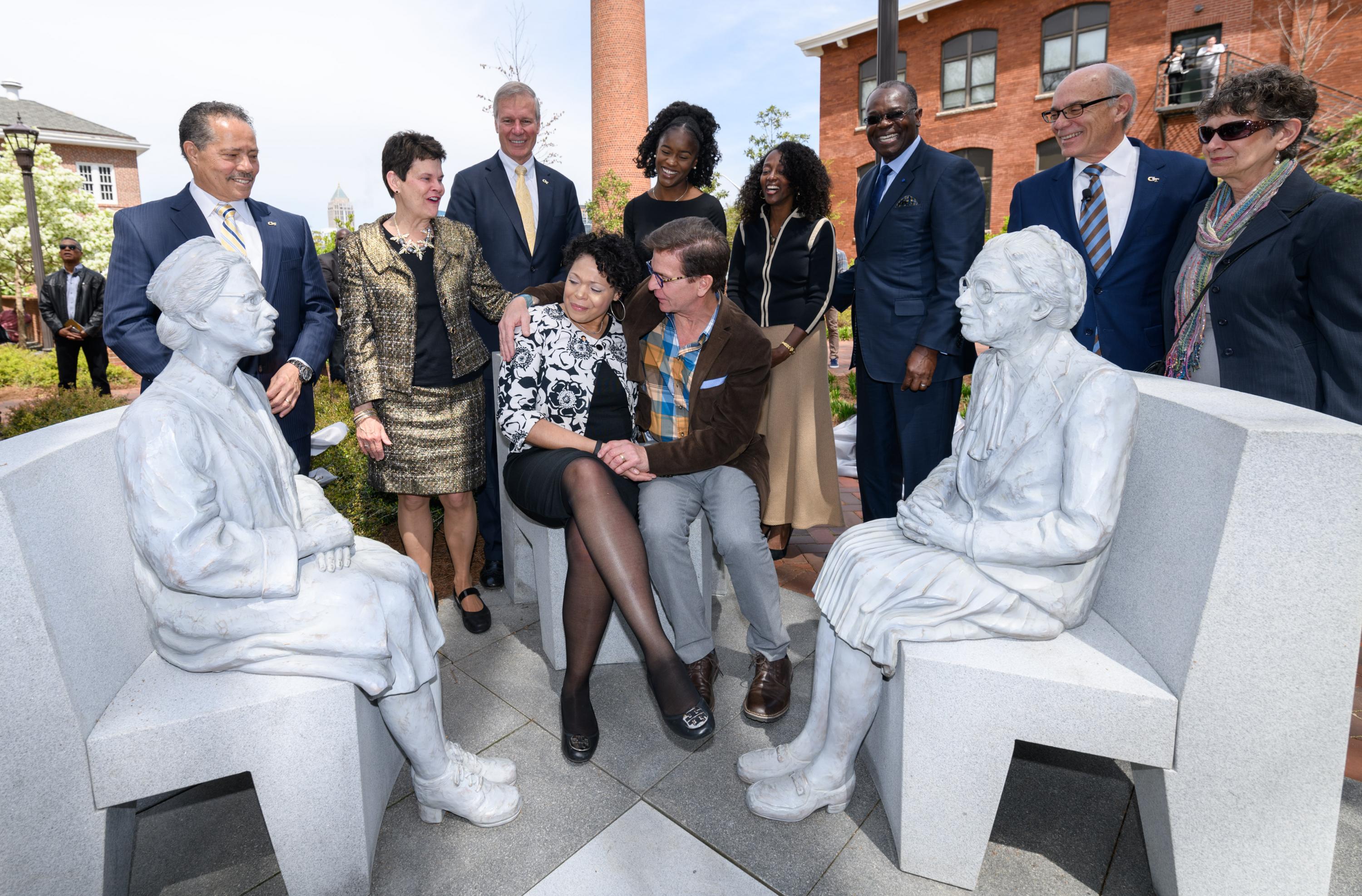