Rachel Whitlock, an assistant professor who specializes in lobal nuclear politics and international security , says the decision to pull out gives Iran all the leverage 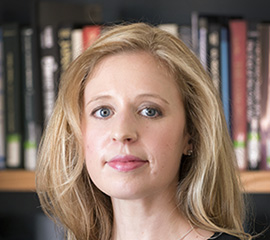 The decision by U.S. President Donald Trump to withdraw from the Iran nuclear deal “is terribly misguided and cedes all the leverage to Iran,” said Rachel Whitlark, an expert in global nuclear politics and international security at the Georgia Institute of Technology.

“The belief that Iran will now be willing to renegotiate a mythical ‘better deal’ seems untenable, especially since the United States’ European, Chinese, and Russian partners were opposed to a brand new deal or scrapping the current one,” said Whitlark, who specializes in international security and foreign policy decision-making, including nuclear proliferation, counter-proliferation, and military intervention.

Trump announced Tuesday, May 8, 2018, that the United States would pull out of the Joint Comprehensive Plan of Action, or JCPOA,  the 2015 culmination of a fevered international effort to halt Tehran’s progress toward a nuclear weapon.

Supporters of Trump’s decision argue it will give the United States more leverage to negotiate a better deal with Iran that would permanently end the threat of the country gaining nuclear weapons. Whitlark said she doubts this scenario, in part because the United States lacks the political capital to convince international partners to restore sanctions against Iran.

Although the United States could restore secondary sanctions on international entities that do business with Iran, those measures would fall well short of the far-reaching global effort that brought Iran to the negotiating table in the first place, Whitlark said.

“Reimposing the sanctions regime is going to be incredibly difficult, especially on the scale that it was prior to the JCPOA’s negotiation,” she said.

Whitlark also said Trump’s decision will give Iran ammunition to further isolate the United States from its allies, and likely will severely damage U.S. credibility as a negotiating partner ahead of critical upcoming talks with North Korea over its nuclear program.

“The point of the JCPOA was to take the nuclear issue off the table, to then allow for discussion on the other relevant issues, such as terrorism, regional turbulence, and Iran’s ballistic missile program,” Whitlark said.

“Scrapping the deal makes that all but impossible, given that this action will fuel hardliners in Iran, drive a wedge between the U.S. and key international partners, and make the United States look untrustworthy,” said Whitlark.

“This is a lesson to any other current or future proliferant — be incredibly wary of negotiating with the U.S. or freezing or halting your nuclear program,” she said.

While Iran’s next steps remain unclear — perhaps attempting to salvage some remnants of the JCPOA with the remaining participants or possibly even resurrecting its nuclear weapons program — the implications for the global non-proliferation regime are alarming, Whitlark said.

Whitlark is an assistant professor in the Sam Nunn School of International Affairs. The school is a unit of the Ivan Allen College of Liberal Arts.

To learn more about Whitlark, her work, and the work of other scholars in the Sam Nunn School, visit the school’s website.