What’s Next in Tech Square 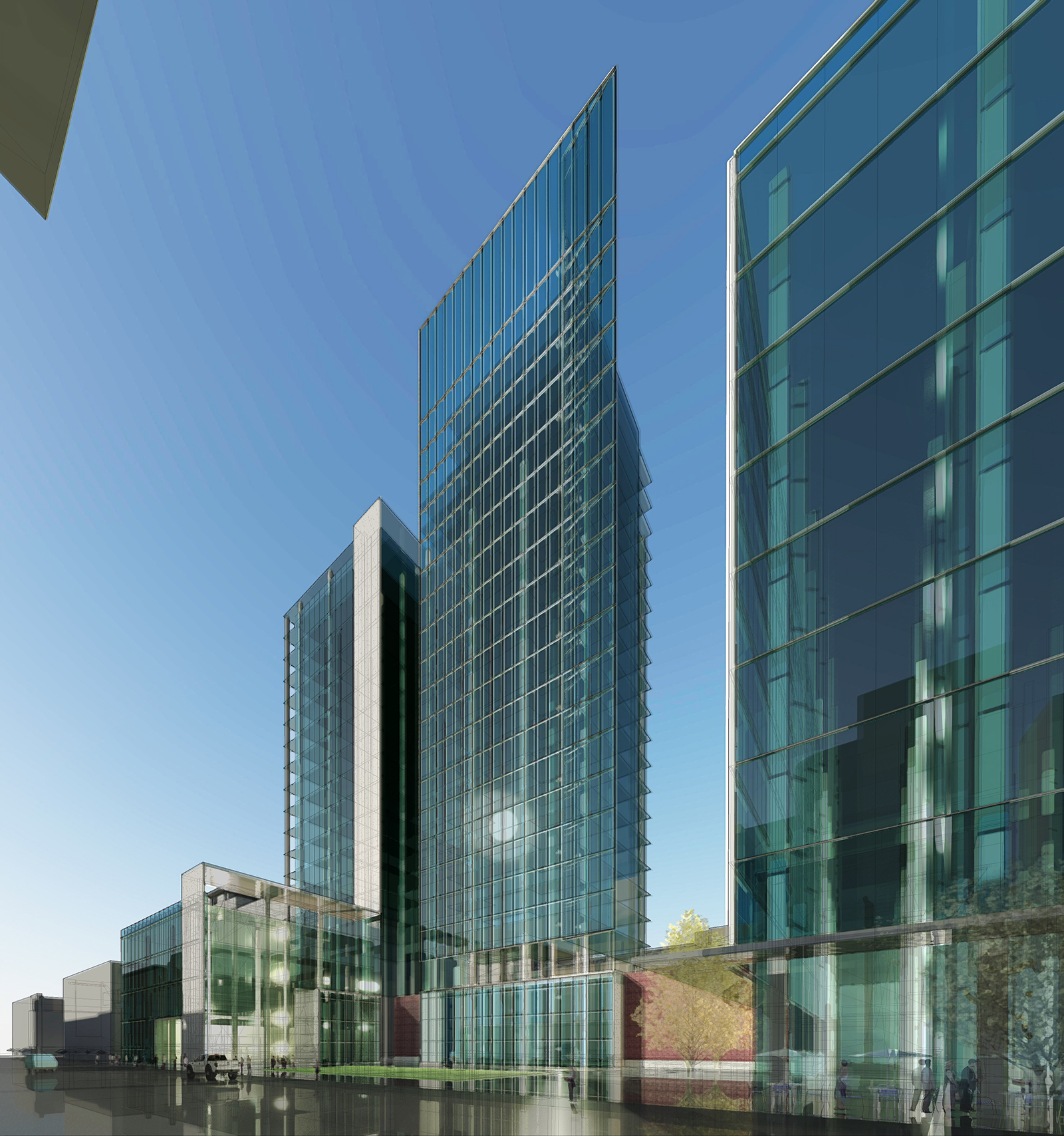 Rendering shows the view from Acuity Brands Plaza in front of the Scheller College of Business, looking west down Fifth Street.

Tech Square Phase III will be located on the northwest corner of West Peachtree and Fifth streets. Initial programming envisions a two-tower complex for the first phase, which will likely contain graduate and executive education for the Ernest Scheller Jr. College of Business, the H. Milton Stewart School of Industrial and Systems Engineering, and other programming. The project will likely also include a large plaza with street-level retail and an underground parking deck.

Phase III has an estimated cost of about $200 million and would provide more than 400,000 gross square feet. The earliest the building could open would be 2022.

On Tuesday, the Board of Regents of the University System of Georgia voted to include $4.3 million for the planning and design of the project in its Fiscal Year 2020 budget recommendation. The recommendation will be considered during the 2019 legislative session. Planning and design funds would allow the Institute to further develop the project plans beginning July 1, 2019.

Georgia Tech’s Technology Square opened in 2003. One of the area’s guiding principles is to foster a better connection between the Institute and the business community. Today the area is a thriving innovation ecosystem thanks to a network of students, faculty, researchers, startup entrepreneurs and global corporations.

Tech Square has garnered national attention and has been hailed as a model. The Association of University Research Parks and the Association of Public and Land-grant Universities have honored the area in recent years.

The Phase III project comes as construction continues on the Coda building, a nearly 750,000-square-foot mixed-use project that will create additional opportunities in interdisciplinary research, commercialization and sustainability.

Portman Holdings owns the Coda tower, and John Portman & Associates has designed the facility. Georgia Tech will be the anchor tenant, occupying about half of the 620,000 square feet of office space.

Location: 10 blocks on Georgia Tech's campus in Midtown Atlanta. It is comprised of more than 1.4 million square feet of office, research, retail, residential and hotel space, including the Technology Square Research Building, the Biltmore, Global Learning Center and Scheller College of Business.