Instinctive behavior may be directly driven be gene regulation, at least researchers were able to match the two up.

Call it instinct, but something, perhaps programs in their genes, compels some animals to behave in striking ways. Take boy fish who tirelessly build sand structures to attract girl fish: Researchers have now connected gene activity with this instinctive behavior.

The scientists at the Georgia Institute of Technology and Stanford University who led the new study hope in the future to see if some behaviors are indeed genetic programs and if gene regulation is clicking off neuronal firing patterns in real time to create behavior.

“We’re not there yet, but we’re beginning to get a handle on gene regulation patterns that drive the neuronal patterns,” said Todd Streelman, professor and chair of Georgia Tech’s School of Biological Sciences and also its chair, and a researcher in the Petit Institute for Bioengineering and Bioscience. “We were able to see that there’s a clear connection between gene expression and behavior.”

The research also may contribute to a better understanding of autism because the genes behind the fish behavior have human cousins that are implicated in autism spectrum disorder. And some typical autism behaviors like “stacking,” in which a child compulsively arranges objects into neat rows or towers, have parallels in how the fish, called cichlids, repetitively pile up sand to make symmetrical formations.

But for now, the researchers explored male cichlids trying to attract a mate in Lake Malawi in Africa and found that the regulation of specific genes and associated repetitive behavior occurred nearly hand-in-glove, a novel discovery.

Let’s start with the behavior then go to the matching gene regulation:

Boy cichlids knock themselves out building stuff out of sand to impress girl fish ready to mate. Most of the cichlid species’ guys build a pit, or crater, and other species build a castle.

Both pits and castles are known as “bowers” and require the male fish to swim in the same circular way, scooping up sand in one place and spitting it out somewhere else.

The difference is that the pit builders scoop up the sand from inside their swimming pattern and deposit it outside, leaving a hole in the middle of the bower with a raised rim surrounding it that makes the bower resemble a crater. Castle builders scoop the sand from outside the circle and deposit it inside. That creates a raised structure in the middle of the bower, making it resemble a volcano.

“A switch goes on once the females become reproductively active. Suddenly, the males begin scooping and spitting thousands of times to build their structure,” said Zachary Johnson, a postdoctoral researcher in Streelman’s Lab. Johnson was a co-author on the new study and Streelman a co-principal investigator.

Scooping and spitting are so incessant that two-inch fish shovel up two-foot-wide structures: pit bowers for some species, castle bowers for others. The difference serves in attracting the right mate.

“Various species make their pits and castles in a common area, and structures have to be very specific, so the right female species can see, ‘This is the guy that I want’ compared to the other guys from other species that build the other thing. And she then has to pick the specific guy she wants from her own species,” said Chinar Patil, a co-first author of the study and a graduate research assistant in Streelman’s lab.

Now for the gene regulation part:

To observe the genes connected to either of these building behaviors, researchers have cross-mated pit-building species with castle-building species to make hybrid cichlids that have both sets of genes. These hybrids have delivered a lucky surprise.

The hybrid fish performed both behaviors neatly in sequence: first the pit making, then the castle making, always in that order.

This is useful to research because the hybrids have one full copy of genes from the pit parent and one from the castle parent. The cleanly separated behaviors have allowed for matching each behavior with increased and decreased activation in either set of genes in the fish’s brains.

The difference in expression of either pit vs. castle genes was less of an absolute click-clack-on-off switch and more like inching one set of levers down on an audio mixer while tuning up the other set to a dominant level.

This was the study’s big achievement, which almost sounds like genes directly creating behavior, but that’s unconfirmed as of yet and could be the topic of future studies.

The study also brought new insights into genetic evolution in tandem with behavioral evolution, about which little is known. The genetic component may center around gene regulation in response to what’s going on in the animal’s environment in this case when females are ready to mate.

Read MORE: On genetics of neuroscience and behavior 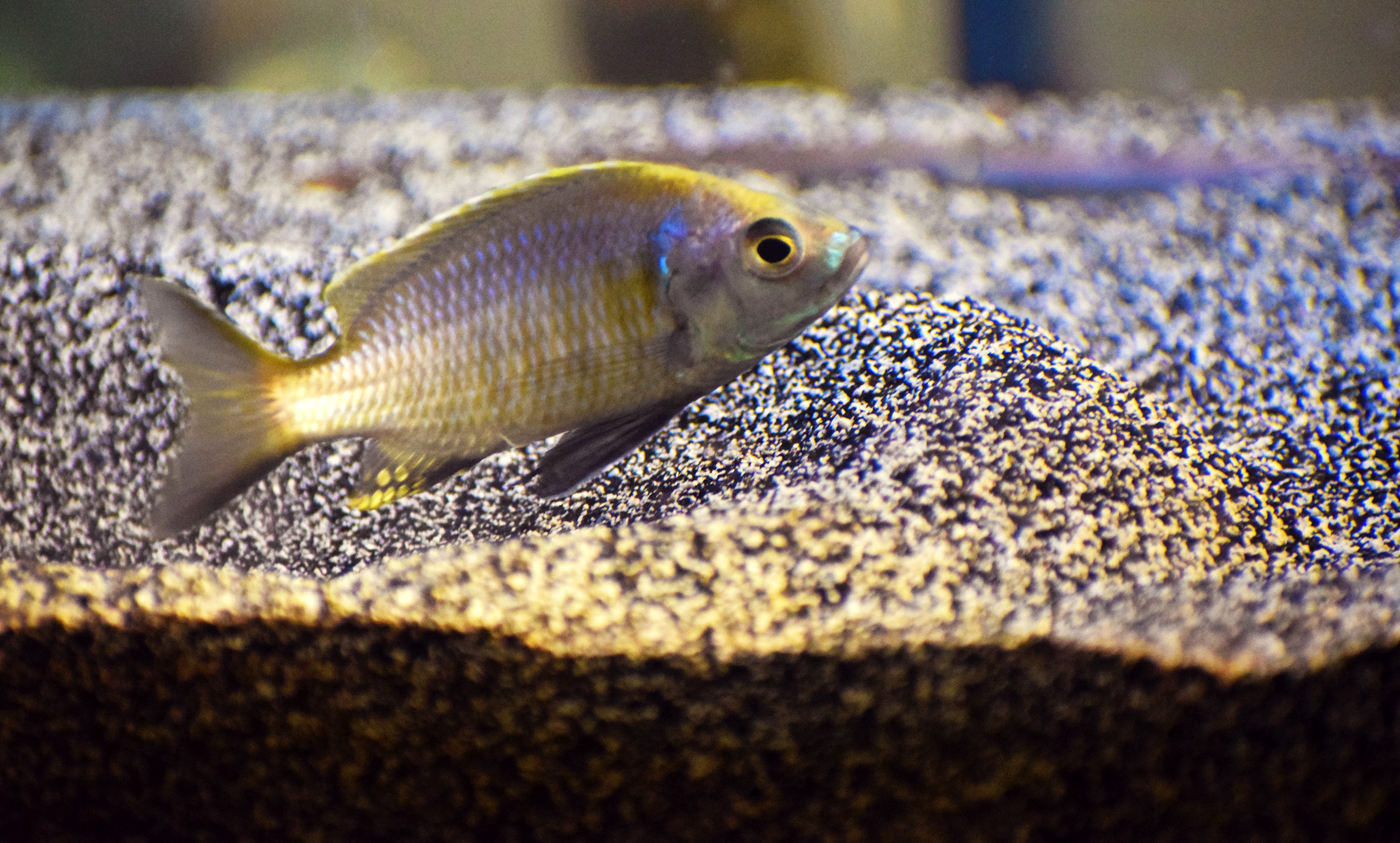 A special breed of cichlid fish has allowed researchers to match up gene activation with behavior. The up and down-regulation of genes may actually be steering ritual mating behaviors. The research is potentially useful in understanding autism since some genes involved in the fish behavior have human genetic cousins implicated in autism spectrum disorder. Credit: Georgia Tech / Rob Felt 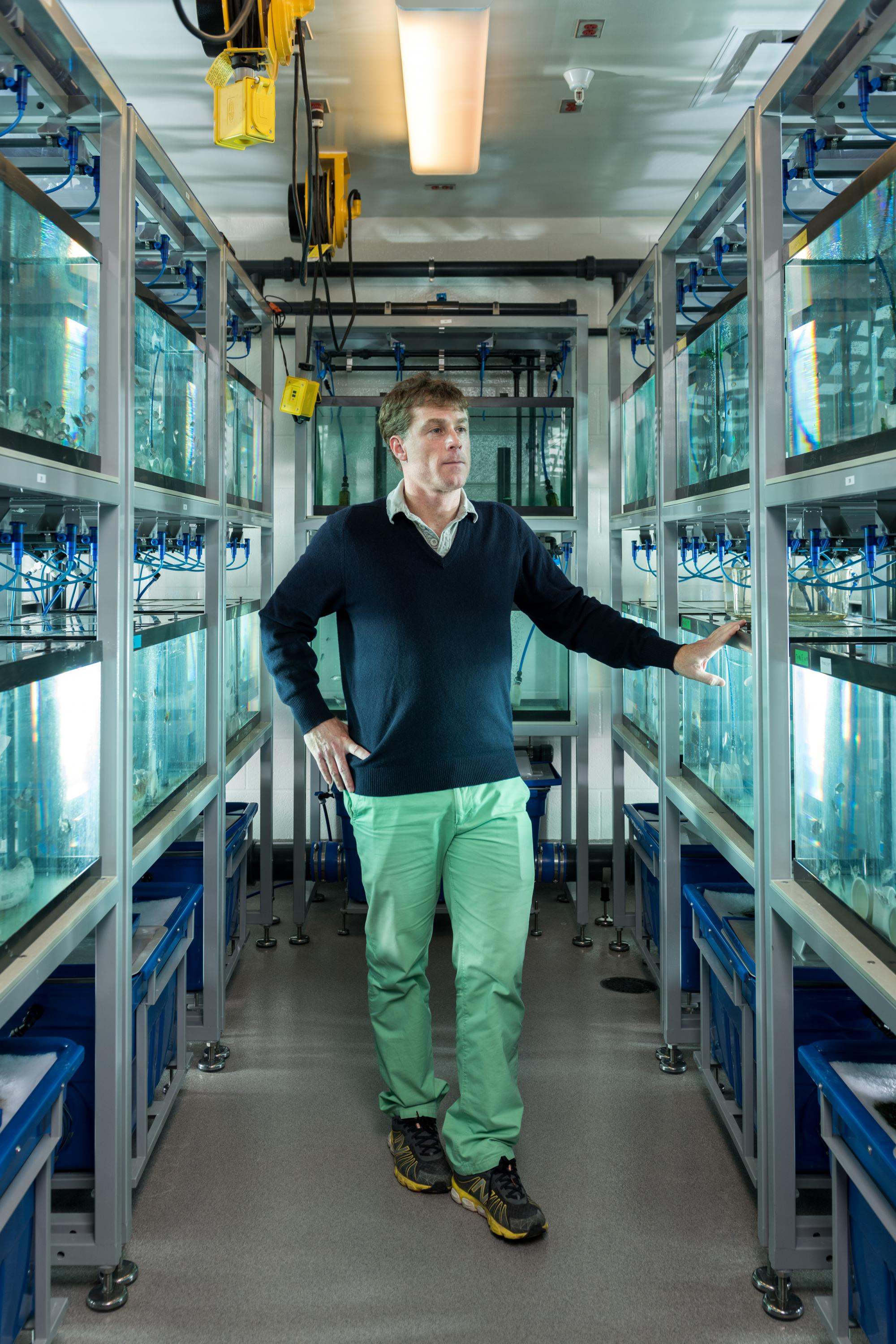 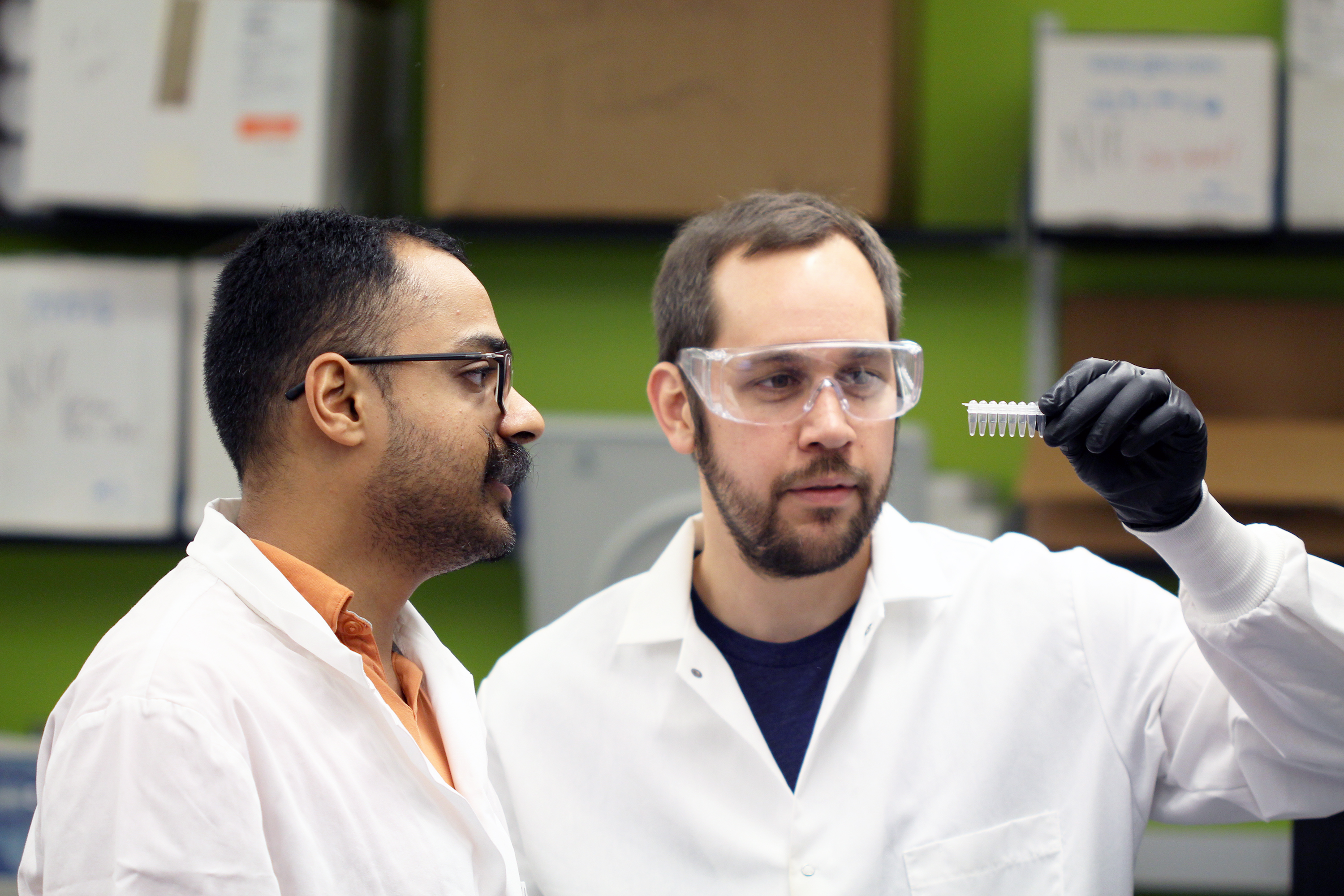 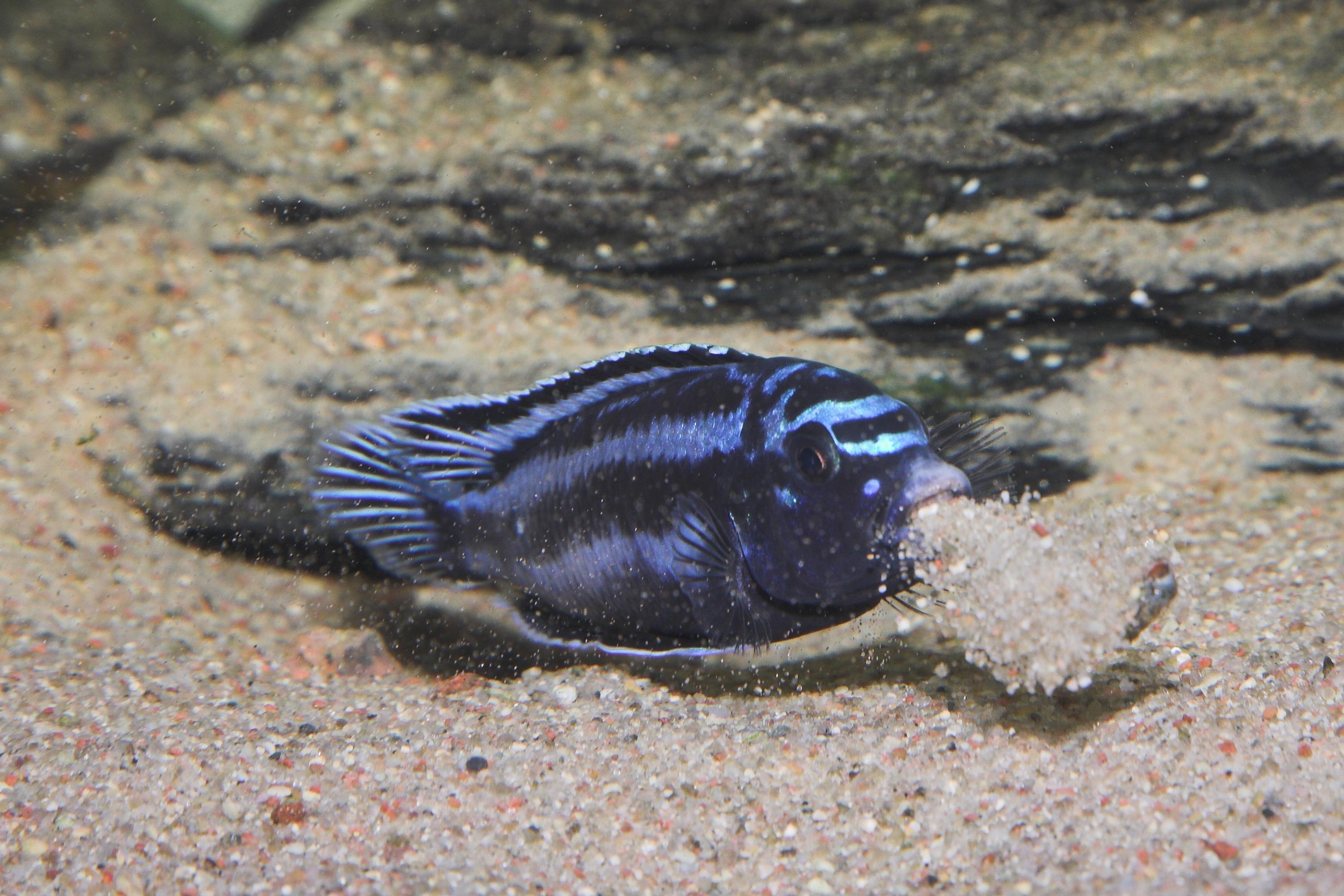