Christopher Burke spends his days enriching current relationships and cultivating new ones on behalf of the Institute.

The relationships include the immediate neighborhoods surrounding campus, the state of Georgia, and the public school system.

“We have a unique role in our office because we are outward facing,” Burke said. “Our full-time focus is external. When you engage externally, you get to hold up a mirror and really see what the outside world thinks of you. Whether you think you’re doing well or not, the outside world will let you know.”

Burke and his Community Relations staff regularly receive feedback from hundreds of visiting students, parents, and teachers. The department works with schools and centers across campus to bring students from metro Atlanta and beyond to campus to see engineering and computing demos to get excited about STEM. One impactful event the office holds twice a year, Middle Grades Discover Georgia Tech, brings 200-240 students to campus. They divide the students into groups of about 25 students per rotation to keep them actively engaged.

“There is universal excitement among the students about the visits,” Burke said. “We approach the visits with the overall goal of exposure. It’s about helping to pique the students’ curiosity. The more they can be exposed to what engineering or computer science is, the more they can get engaged in their own education and what they want to pursue. For a lot of kids, they won’t necessarily know what engineering is until they have the opportunity to touch, feel, or see something.”

Burke said that Community Relations takes pride in not turning away any group or individual who wants to visit campus. He said that, depending on the community, people may be skeptical of the Institute’s intentions. But, he said most groups welcome the idea of the Institute doing something to enrich the lives of their children.

For Burke, being able to engage with young minds is the most rewarding part of his job.
“I see the joy on their faces, whether they’re middle school students coming here for a one-day experience or high school students who I get to spend a little more time with,” he said.

Burke said the course spawned from an observation about seven years ago that, at the time, there were only about 40 Tech students who came from the Atlanta Public Schools system.
Burke worked with CTL to apply for the Near Peer Mentoring Challenge Grant. They received the grant, and Burke and Sullivan designed the course to look at the obstacles preventing Atlanta Public Schools students from attending Tech.

“It’s challenging because the data that you’re combing through paints a very grim story about what happens in urban education circles,” he said. “There is such a wide gap in terms of the rigor that students in predominately low-income communities get to experience. There’s also a lack of belief in themselves and what they think they can do. It goes back to the exposure issue.”

In the course, Tech students spend one day in class and one day at Atlanta Public Schools’ BEST Academy doing one-on-one mentoring with middle school students. The goal is for the high school students to apply to and attend a four-year university.

“It’s very impactful for the high school students, but the immediate impact is on our Tech students,” Burke said. “There isn’t a week that goes by that I don’t hear from a Tech alumnus regarding something in their professional life that reminds them of the work we did in the class or draws them back to want to do more.”

Burke said his work always reminds him of the responsibility that comes from Georgia Tech being a public university.

“We create a lot of jobs and contribute patented technologies to the world. But I’m cognizant of the fact that many of the children in the communities we talk to are not going to attend Tech,” he said. “Their parents work in jobs where what we do at Tech has little to no impact on their lives. So, what more can we do to honor ourselves as a public entity to those who have less? I think about that all of the time.”

He said that one answer largely lies with working with children, and he recently wrote a paper in an economic development journal outlining details.

“A key contribution universities can make for economic development is through opportunities to deeply engage primary and secondary grade students in activities that could lead them to pursue a STEM career, Burke said.

“We can’t be everything to everybody,” he said, “but we can be mindful and try to meet people where they are.”

When he isn’t working, Burke is a frequent concert-goer, an avid music lover, and a musician. In his suburban Chicago high school, he was a governor’s music scholar who played five instruments. He was supposed to study music, but he gave it up to defy his father, who was a jazz pianist.

“He always said, ‘You’re gonna regret giving up music.’ But, I never really gave it up; I just stopped playing the instruments,” Burke said.

He recently started playing music again, learning a new instrument — a Fender jazz bass guitar. He listens to UK soul music, such as Incognito. He also listens to a lot of jazz artists.

Burke is married, has four children, and lives in Duluth, Georgia. He has a daughter who works at Tech’s library and a daughter who is a first-year student at Tech. 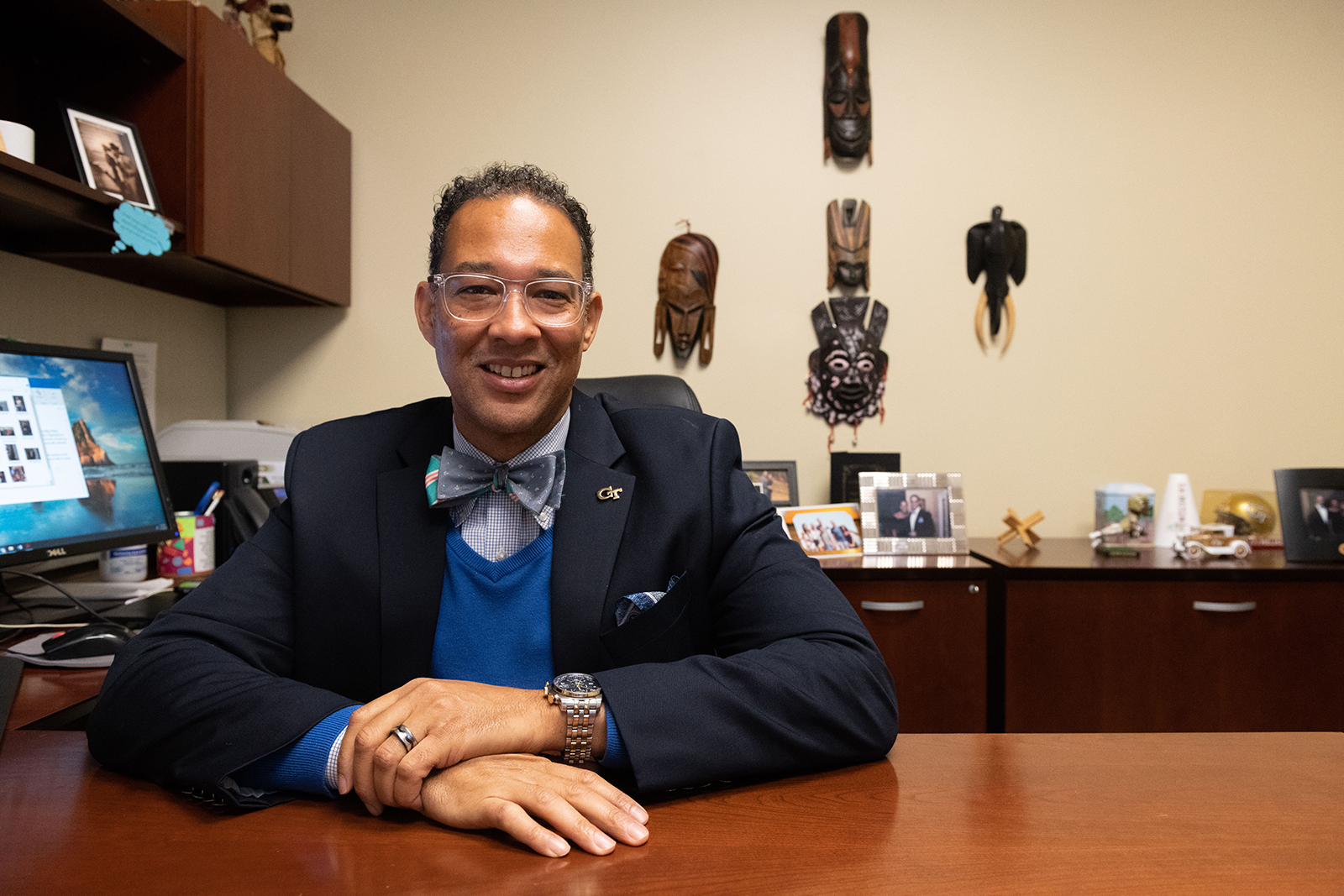 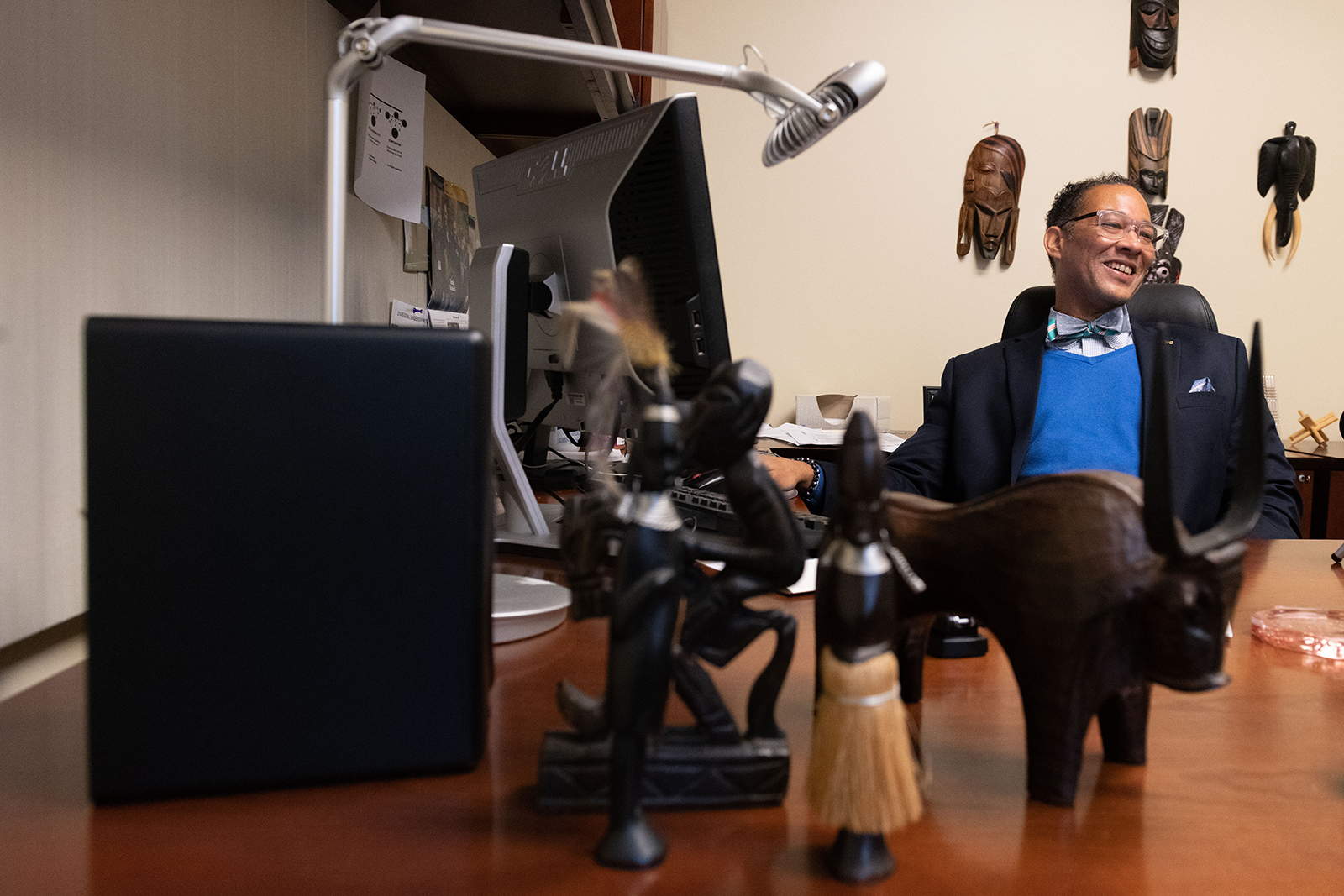