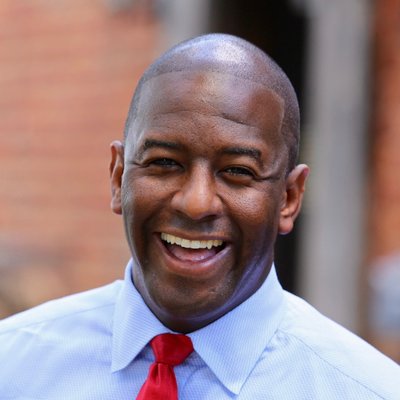 Andrew Gillum, former mayor of Tallahassee, Florida, will deliver Georgia Tech’s Black History Month Lecture on Wednesday, February 20, at 3 p.m. in the Student Center Ballroom. The topic will be “Millennials: Owning Your Place in the 21st Century.”

Gillum, who narrowly lost the race for governor of Florida, will discuss recent controversies surrounding the election process, the impact of millennials in previous elections, and the influence millennials will have on the 2020 election.

The son of a construction worker and a school bus driver, Gillum was the first member of his family to graduate from high school and college. He was raised in Gainesville and moved to Tallahassee to attend Florida Agricultural and Mechanical University (FAMU), where he majored in political science. At 23, he was elected a city commissioner for Tallahassee, becoming the city’s youngest commissioner. He served in that capacity until 2014 when he was elected mayor. He was the Democratic nominee for governor of Florida in 2018.

Following his run for governor, Gillum was honored as a hero in the black community in EBONY magazine’s EBONY Power 100. He was also named a 2019 Resident Fellow at the Institute of Politics (IOP) at Harvard Kennedy School. Gillum resides in Tallahassee with his wife and their three children.

To register for the lecture, see: diversity.gatech.edu/2019-black-history-month-lecture.