Finding multidisciplinary collaboration for humanities in an increasingly technology-driven world 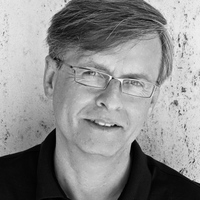 Nationwide, student enrollment in the humanities is on the decline. Not so at Georgia Tech.

“Unlike other traditional universities, at which applications and enrollments in humanities fields have plummeted, the School of Literature, Media, and Communication’s (LMC) application rates have grown by more than 300 percent over the last five years,” said Richard Utz, professor and LMC chair. “I am convinced that one of the main causes for this increase is the unique degree work that offers the advantages of a liberal arts education within the context of a leading technological institute.”

On April 19 and 20, LMC will host humanTech, a symposium dedicated to exploring the future of the relationship between science and technology and the humanities, positioning Georgia Tech as a leader in the conscious discussion of the role of the humanities in an increasingly technology-driven world.

“There really isn't wide recognition of the special roles the humanities play when they are at an institution where they collaborate deeply with STEM,” Utz said. “The humanTech symposium strives to create an inventory of the specific environment within which humanists and scientists collaborate rather than focusing on the often-entrenched perception of differences.”

The symposium connects to the School’s stated vision, to introduce new models of intellectual inquiry and practice that bring diverse perspectives to bear on technological invention and innovation.

“Our role, we feel, is to add the perspectives of what's affective, invisible, unpredictable, and unmeasurable to science and engineering education, which focuses on the measurable, observable, quantifiable, and testable,” Utz said.

The symposium features speakers at the forefront of designing and implementing practices that connect scientific and technological research with human-centered methodologies and practices, demonstrating how ethics and critical thinking are interrelated with innovation and complex problem-solving.

“As a scholar of higher education whose background is within the liberal arts tradition, I have spent the past 15 years exploring the tensions between my scholarly training and that of my STEM colleagues at Georgia Tech,” said Karen Head, associate chair in LMC and one of the symposium’s organizers. “humanTech offers a conscious attempt to foster more meaningful multidisciplinary collaborations that are necessary to solve the greatest problems of our times. Crossing disciplinary lines has always been part of my lexicon of interest and practice, so I am particularly pleased to be able to cohost this symposium.”

The top image is a detail of "Respite" by artist and Georgia Tech alumna Nettrice Gaskins, whose current "algorithmic art" process includes the generation of images based on collaboration with artificial intelligence and machine learning.