Researchers at the Georgia Institute of Technology have developed a promising new cathode and electrolyte system that replaces expensive metals and traditional liquid electrolyte with lower cost transition metal fluorides and a solid polymer electrolyte. 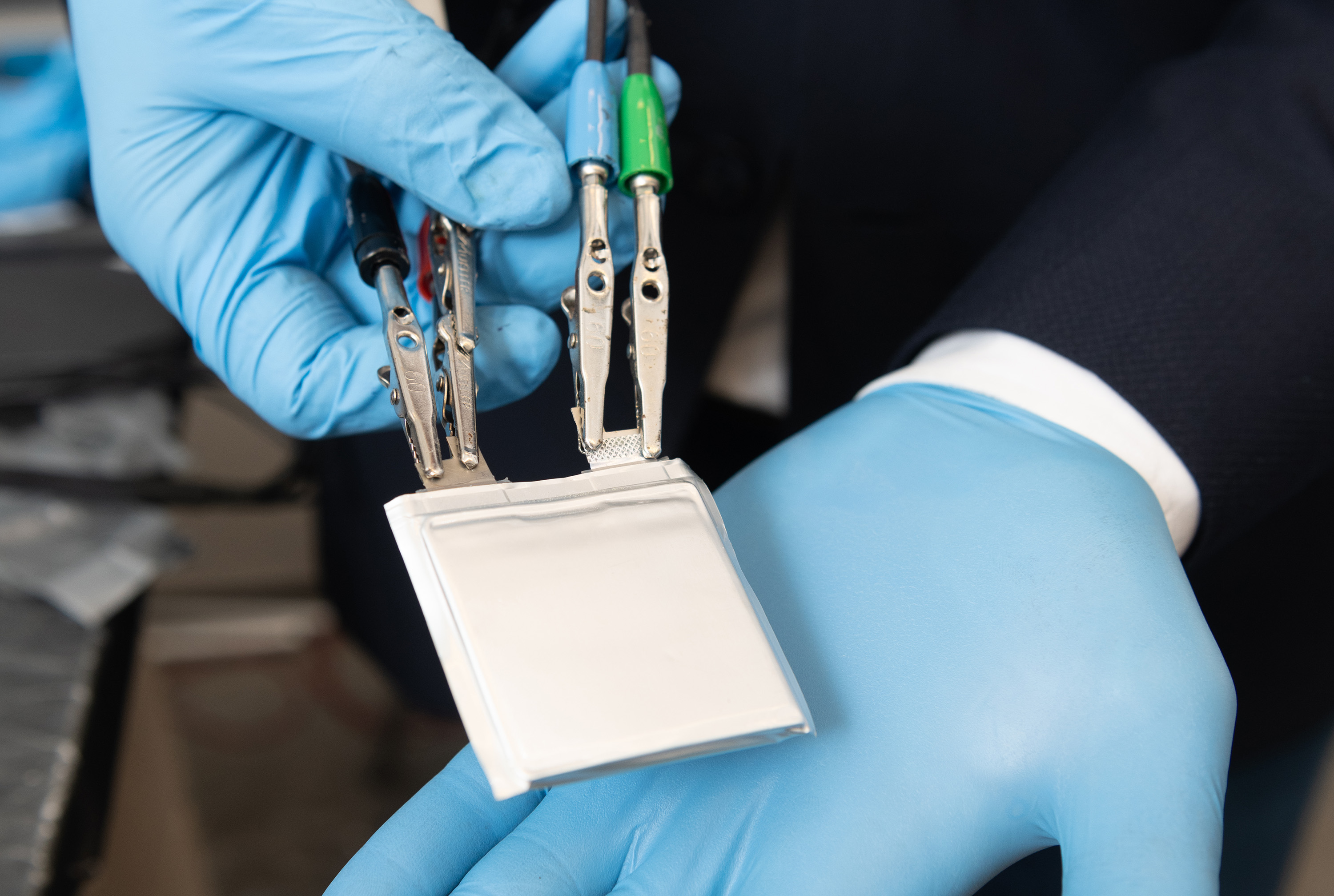 The growing popularity of lithium-ion batteries in recent years has put a strain on the world’s supply of cobalt and nickel – two metals integral to current battery designs – and sent prices surging.

In a bid to develop alternative designs for lithium-based batteries with less reliance on those scarce metals, researchers at the Georgia Institute of Technology have developed a promising new cathode and electrolyte system that replaces expensive metals and traditional liquid electrolyte with lower cost transition metal fluorides and a solid polymer electrolyte.

“Electrodes made from transition metal fluorides have long shown stability problems and rapid failure, leading to significant skepticism about their ability to be used in next generation batteries,” said Gleb Yushin, a professor in Georgia Tech’s School of Materials Science and Engineering. “But we’ve shown that when used with a solid polymer electrolyte, the metal fluorides show remarkable stability – even at higher temperatures – which could eventually lead to safer, lighter and cheaper lithium-ion batteries.”

In a typical lithium-ion battery, energy is released during the transfer of lithium ions between two electrodes – an anode and a cathode, with a cathode typically comprising lithium and transition metals such as cobalt, nickel and manganese. The ions flow between the electrodes through a liquid electrolyte.

For the study, which was published Sept. 9 in the journal Nature Materials and sponsored by the Army Research Office, the research team fabricated a new type of cathode from iron fluoride active material and a solid polymer electrolyte nanocomposite. Iron fluorides have more than double the lithium capacity of traditional cobalt- or nickel-based cathodes. In addition, iron is 300 times cheaper than cobalt and 150 times cheaper than nickel.

To produce such a cathode, the researchers developed a process to infiltrate a solid polymer electrolyte into the prefabricated iron fluoride electrode. They then hot pressed the entire structure to increase density and reduce any voids.

“Cathodes made from iron fluoride have enormous potential because of their high capacity, low material costs and very broad availability of iron,” Yushin said. “But the volume changes during cycling as well as parasitic side reactions with liquid electrolytes and other degradation issues have limited their use previously. Using a solid electrolyte with elastic properties solves many of these problems.”

The researchers then tested several variations of the new solid-state batteries to analyze their performance over more than 300 cycles of charging and discharging at elevated temperature of 122 degrees Fahrenheit, noting that they outperformed previous designs using metal fluoride even when these were kept cool at room temperatures.

The researchers found that the key to the enhanced battery performance was the solid polymer electrolyte. In previous attempts to use metal fluorides, it was believed that metallic ions migrated to the surface of the cathode and eventually dissolved into the liquid electrolyte, causing a capacity loss, particularly at elevated temperatures. In addition, metal fluorides catalyzed massive decomposition of liquid electrolytes when cells were operating above 100 degrees Fahrenheit. However, at the connection between the solid electrolyte and the cathode, such dissolving doesn’t take place and the solid electrolyte remains remarkably stable, preventing such degradations, the researchers wrote.

“The polymer electrolyte we used was very common, but many other solid electrolytes and other battery or electrode architectures – such as core-shell particle morphologies – should be able to similarly dramatically mitigate or even fully prevent parasitic side reactions and attain stable performance characteristics,” said Kostiantyn Turcheniuk, research scientist in Yushin’s lab and a co-author of the manuscript.

In the future, the researchers aim to develop new and improved solid electrolytes to enable fast charging and also to combine solid and liquid electrolytes in new designs that are fully compatible with conventional cell manufacturing technologies employed in large battery factories.

This material is based upon work supported by the Army Research Office under Grant No. W911NF-17-1-0053. Any opinions, findings, and conclusions or recommendations expressed in this material are those of the authors and do not necessarily reflect the views of the sponsors. 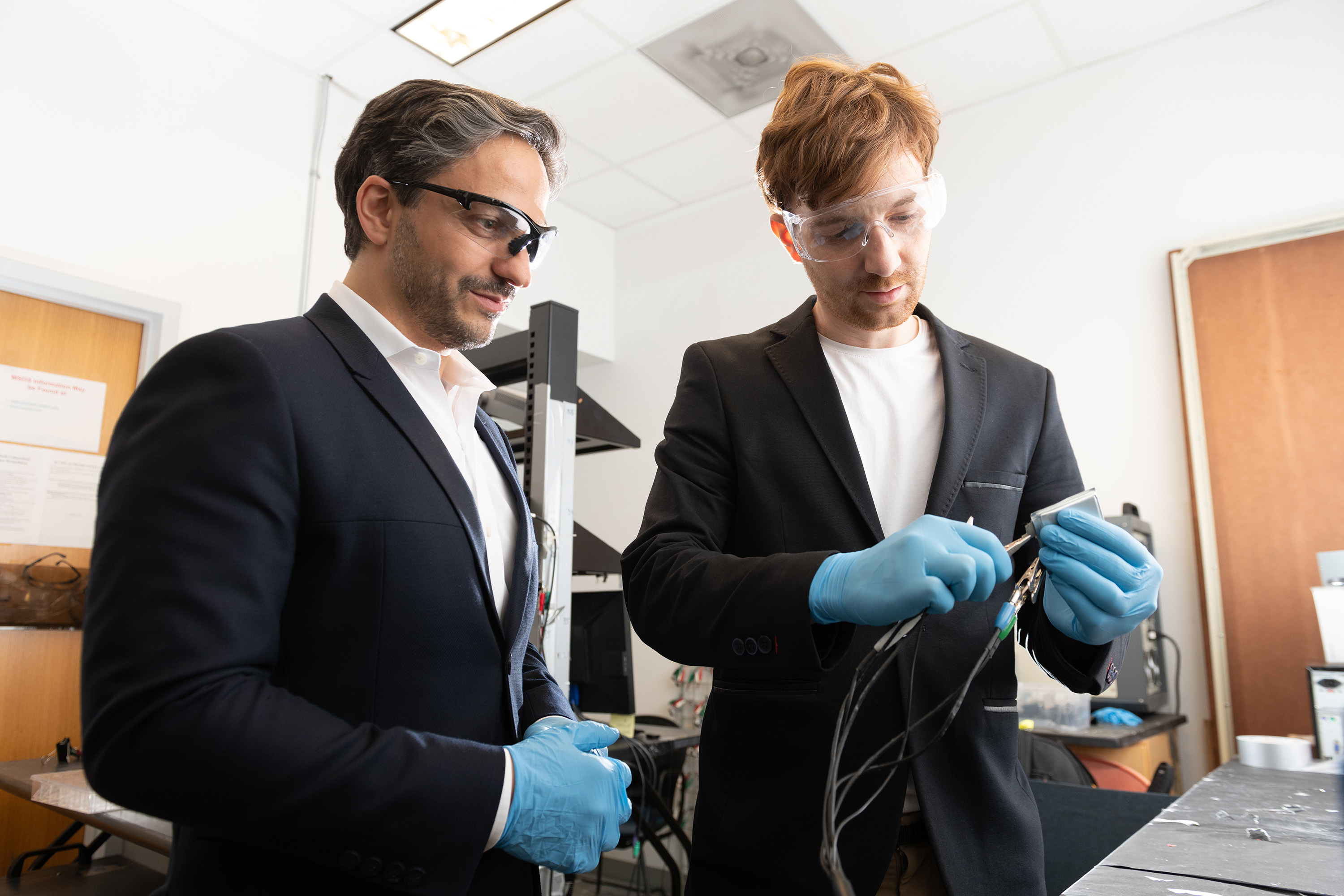