llya Kaminsky is One of the World's Top Poets, and He Teaches at Georgia Tech

Ilya Kaminsky, professor in the School of Literature, Media, and Communication, is a finalist for the National Book Award in Poetry. 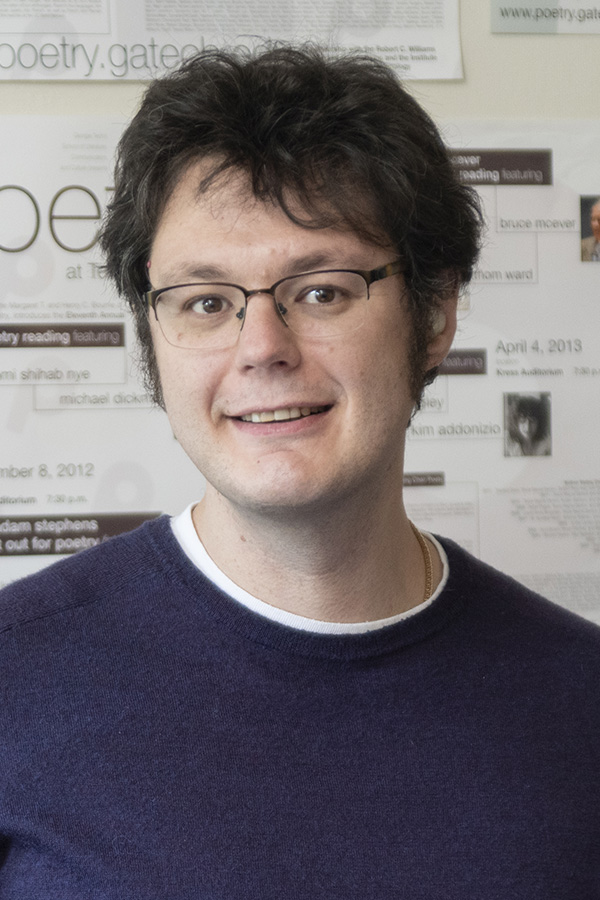 Ilya Kaminsky, professor in the School of Literature, Media, and Communication.

Ilya Kaminsky, the Margaret T. and Henry C. Bourne, Jr. Chair in Poetry, has been on the faculty of the Georgia Institute of Technology for a little over a year now. In that time, he’s published a highly-acclaimed volume of poems, received the prestigious Academy of American Poets Fellowship, and was named a finalist for a National Book Award, one of the top literary prizes in the United States.

While Kaminsky's book, Deaf Republic, ultimately did not take home the prize, reaching the finals was an accomplishment in itself. Only five of 245 books submitted for consideration were chosen for the finals by the National Book Foundation.

Kaminsky's colleagues say he is a world-class talent whose work teaching and leading the Poetry@Tech program helps highlight the vibrant role of the liberal arts at Georgia Tech.

“When I was chairing the search committee for the Bourne Chair, I made the comment that I think Ilya will be a contender for the Nobel Prize in Literature in the coming years,” said Karen Head, a colleague of Kaminsky’s in the School of Literature, Media, and Communications, and a celebrated poet in her own right. “I don’t say things like this lightly; his work really is that special.”

Read more about Kaminksy’s work, and that of the poetry programs he helps lead, in our feature, “Poetry Engineered to be Beautiful.”