Aditi Shah, who has been blind since age 15, believes she can be an inspiration to other blind people who are interested in STEM careers,

For Aditi Shah, the road to getting her master’s degree has been quite an adventure. Because she is blind, the native of India not only had to learn the ropes of graduate school, but she also had to learn how to navigate Georgia Tech’s campus unassisted.

“In India I always had people to help me out. I didn’t have to figure out a lot of things by myself,” said Shah, who is the first person in her family to study in the U.S.

“I was here, many miles away from home and trying to figure out everything. The first couple of months were really challenging,” she said. But Georgia Tech’s support system kicked in, providing her with a mobility trainer who taught her how to use a white cane and how to get to class by herself.

“It has been a special journey because this is where I took my first independent walk. I lived alone. It was hard, but I think I am a completely new person as I leave Tech,” she said.

In 2003, at age 11, Shah was diagnosed with a genetic eye disorder called retinitis pigmentosa, which gradually reduces a person’s vision. The disorder causes cells that perceive light to start dying, and the person’s vision decreases. By the time she was 15 she had lost most of her vision and could no longer read, write, or function independently.

“Right now I can only perceive light, as in whether it’s day or night. I cannot see shadows or see if anyone is standing in front of me,” she said.

When she was 16 and pondering her career path, Shah learned about the assistive technology that is available for the blind.

She earned bachelor’s and master’s degrees in information technology from the University of Mumbai. While working for a cybersecurity company in India she became interested in going further in the field. She earned a couple of certifications in computer hacking, then she decided to go to graduate school. Now she is graduating with a master’s in cybersecurity on the information security track.

At Tech, her professors and fellow students have been supportive. She recalled taking a math class that was hard to follow because the professor would explain the problems by writing on the board. She borrowed notes from classmates and had them transcribed.

“I had to figure out a lot of workarounds,” she said. “I spent double or triple the time that someone sighted might spend on the same thing. Still, I had a much better experience than I had in India, where the material was never available electronically, so I had to scan everything. Here, everything was electronic.”

Shah believes she can be an inspiration to other blind people who are interested in STEM careers, especially blind people in India.

“In India there are very few blind people who go into STEM. The count is around 100 people out of 8 million blind people in India. The gap is so big — especially for women,” she said, adding that a lot of blind women are reluctant to pursue a STEM degree because they are unsure that they can have a meaningful career in the field.

“I think my journey will inspire them not to just pursue a STEM career but to step out of their comfort zone. They don’t need to travel outside of India to do it,” she said. “Don’t think the world is bad. From my experience I can say that the world is not as bad as I thought when I was sitting in a corner in my home.”

After graduating Shah will move across the country to join Microsoft as an engineer, working on its security response center team and applying machine learning and artificial intelligence to the company’s security data.

“That first step — coming to Georgia Tech — was so important,” said Shah. “I gained the necessary experience and skills, both in terms of independence and knowledge of cybersecurity, so I’m much more comfortable to go elsewhere and lead a happy life.” 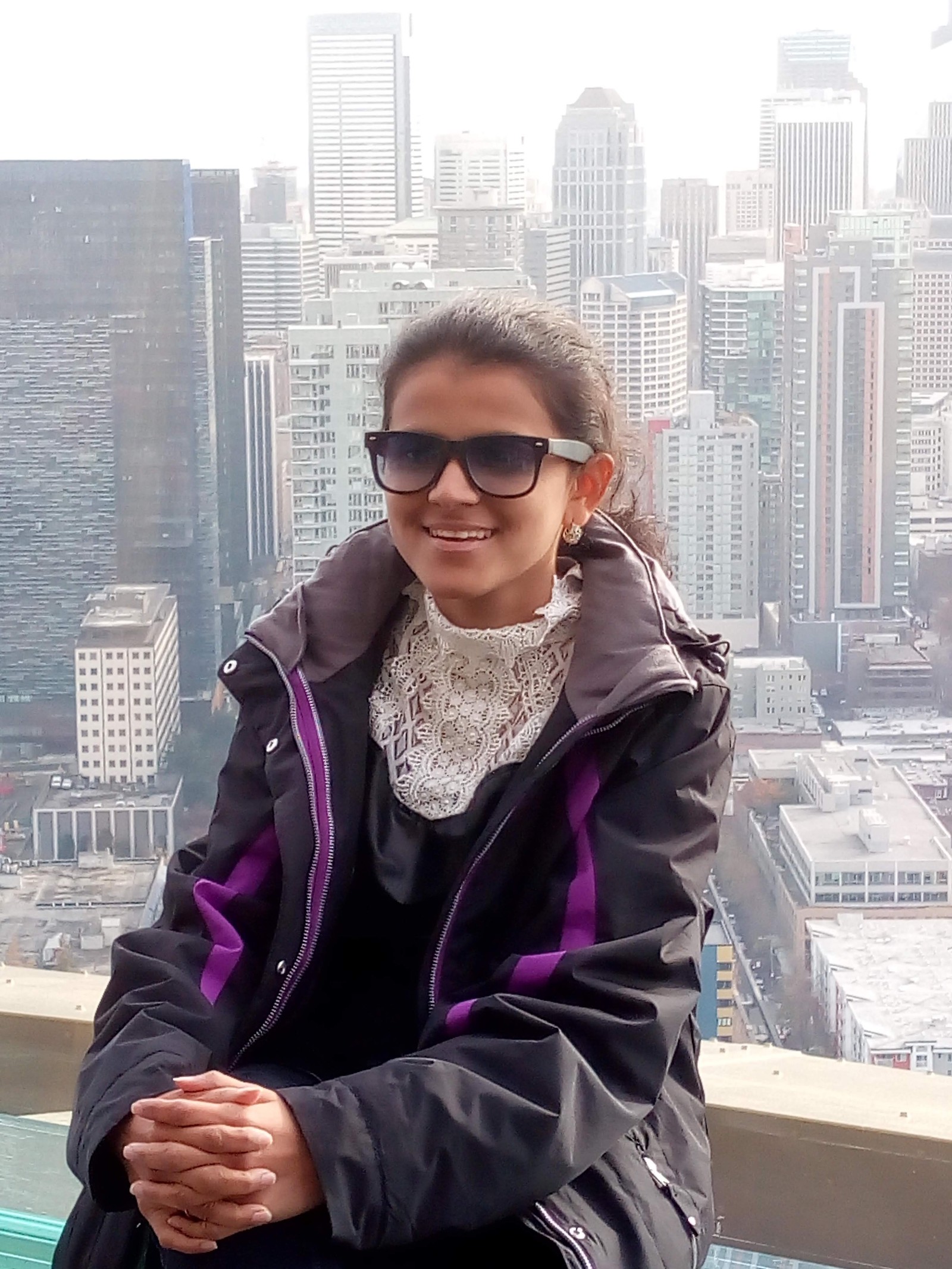 Aditi Shah, blind since age 15, is graduating with a master's in cyber security on the information track. 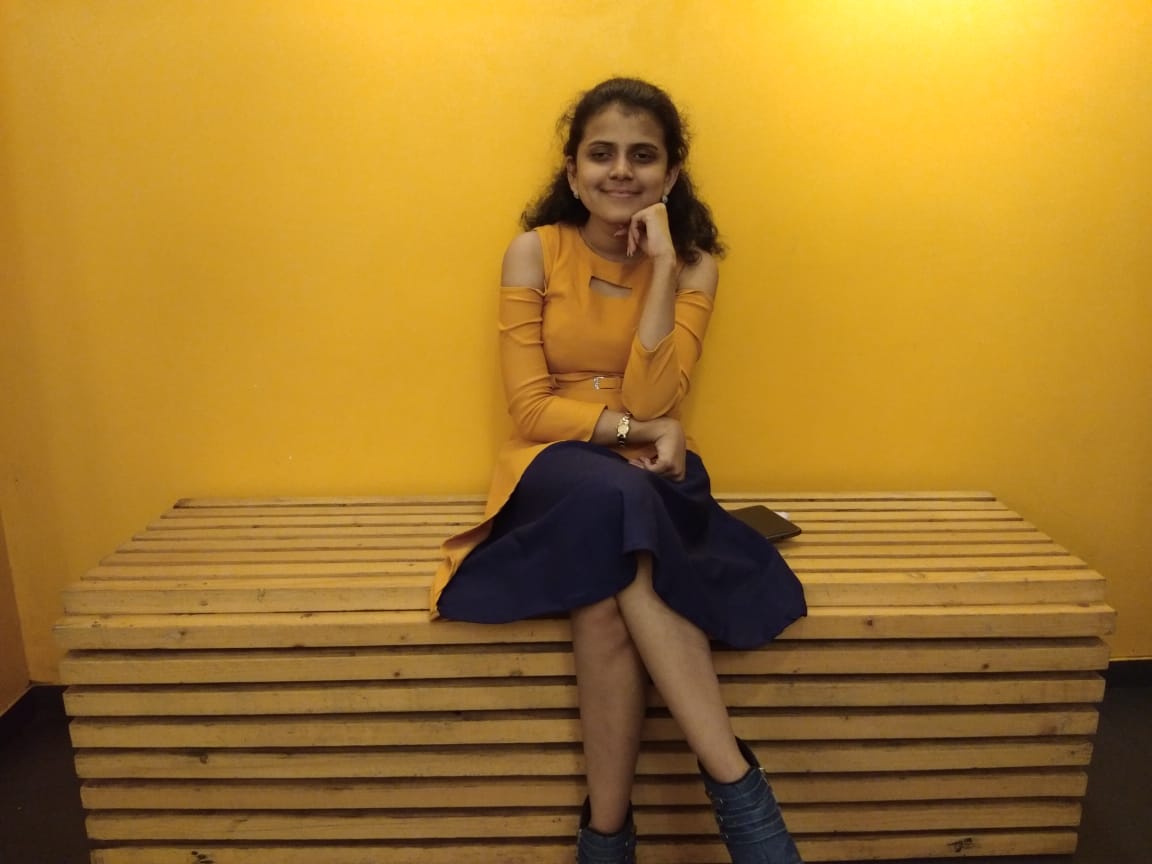 Aditi Shah will join Microsoft as an engineer, working on its security response center team and applying machine learning and artificial intelligence to the company’s security data.