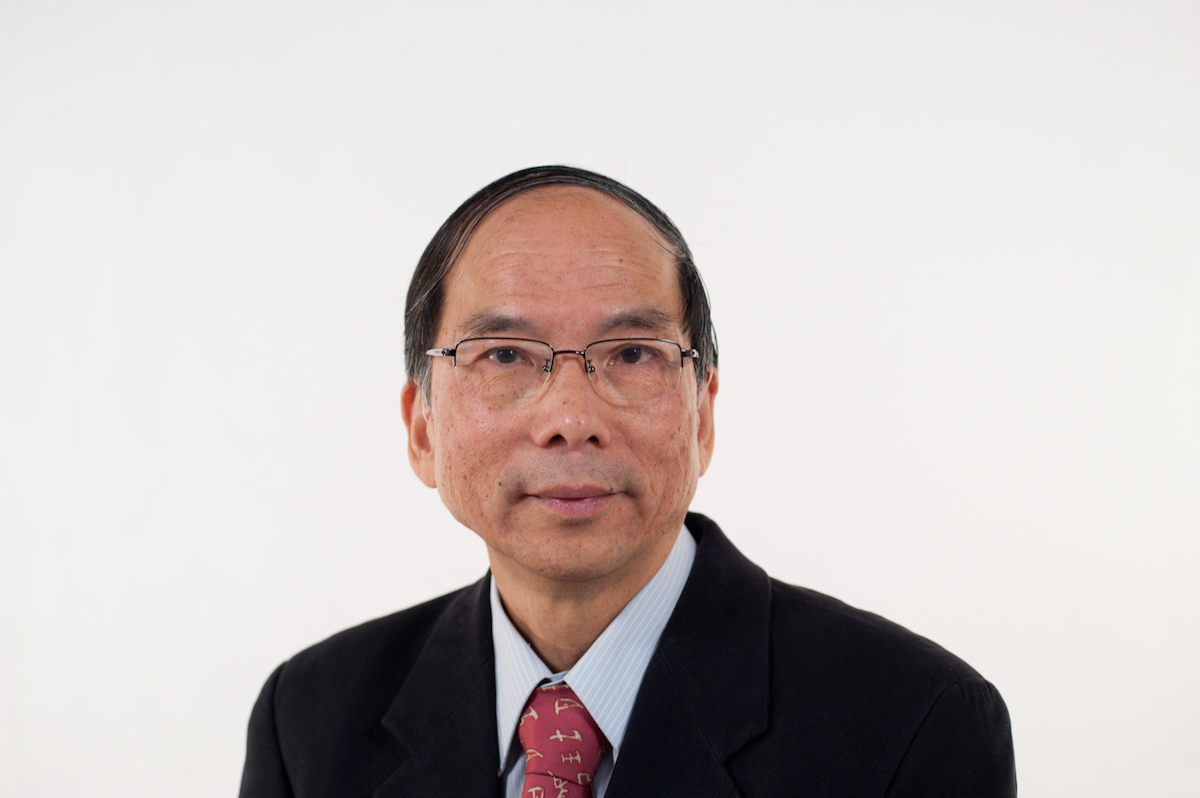 Professor Jeff Wu is the recipient of Georgia Tech’s highest award given to a faculty member: the Class of 1934 Distinguished Professor Award.

Jeff Wu is considered a visionary in engineering statistics. During a 1997 lecture he popularized the term “data science,” which is now used worldwide. He was the first academic statistician elected to the National Academy of Engineering. He has received almost every award in the field of engineering statistics. And he is the only person in statistical sciences to have received all three of the following awards: the Committee of Presidents of Statistical Societies (COPSS) Presidents Award in 1987, the COPSS Fisher Lecture in 2011, and the Deming Lecture in 2012. Georgia Tech honored him with the Sigma Xi Sustained Research Award in 2014.

Wu, professor and Coca Cola Chair in Engineering Statistics in the H. Milton Stewart School of Industrial and Systems Engineering (ISyE), will now receive Georgia Tech’s highest award given to a faculty member: the Class of 1934 Distinguished Professor Award.

The award recognizes outstanding achievement in teaching, research, and service. Instituted in 1984 by the Class of 1934 in observance of its 50th reunion, it is presented to a professor who has made significant long-term contributions that have brought widespread recognition to the professor, to his or her school, and to the Institute.

“This is a great honor in recognition of my work at Georgia Tech and for Georgia Tech,” Wu said. “Any good work is teamwork. I would like to acknowledge my former students, my collaborators, and the supportive environment of ISyE, especially our chair Edwin Romeijn for his leadership. I will continue to give my best to the Institute.”

From Taiwan to Data Science

Wu grew up in Taiwan with two sisters and three brothers. His parents owned a shoe store where he worked behind the scenes as the accountant because he did not like being out front bargaining with the customers. He was an intellectually curious child, and working alone gave him more time to read.

Georgia Tech invited Wu to give a seminar in February of 2002. Two weeks before the seminar, ISyE informed him that an endowed chair was available, and they asked for his C.V.

“I found Georgia Tech to have a great environment, forward-looking and ambitious faculty, and lots of resources,” Wu said. “I give credit to Bill Rouse, the ISyE chair at the time, whose vision was to develop statistics as a branch of industrial engineering.”

“Over the years data science, machine learning, and data analytics have flourished on campus,” Wu said. “This is why I will stay here until I retire. I have been very happy here.”

When asked about the legacy he hopes to leave, Wu said, “The obvious answer is the collection of my research. But several people have pointed out that my bigger legacy is the students I have educated who are now in academia and industry.”

He has supervised 49 doctoral students, out of which 35 are teaching in major research departments or institutions in statistics, engineering, and business in the U.S., Canada, Asia, and Europe. Among them, there are 21 Fellows of the American Statistical Association, the Institute of Mathematical Sciences, the American Society for Quality, and the International Academy for Quality; three editors of Technometrics, and one editor of the Journal of Quality Technology.

Quotes about Dr. Wu, taken from letters of support written by colleagues and former students:

“Jeff Wu has sustained outstanding achievements in the areas of research, teaching, and service. He is a leading scholar who has made profound impacts in methodology development and industrial applications in the area of industrial statistics and engineering. He has influenced multiple generations of researchers and students through his devoted teaching and mentoring. He also has contributed to many different aspects at Georgia Tech, serving on numerous committees and being a great supporter of Tech’s faculty and alumni for national and international recognition.”

“Quite plainly, Jeff is a living legend in statistical sciences. His contributions, spanning over several decades, to statistics and its applications to other disciplines are so tremendous and have received such worldwide recognition and applaud that I find it impossible even to sketch an account of all his achievements in the limited space of this letter. Personally, I had the opportunity to work with Jeff on several research projects. On each occasion, I was simply amazed by his depth of knowledge, erudition, and foresight.”

“I met Professor Wu in 2013, after he had developed a highly efficient algorithm for sensitivity testing for which my organization, the Department of Defense, had a significant need. Since then he has helped us in adapting this approach to a variety of systems, which has led to my team partnering with others across the federal government and private industry to help them adapt this approach to their systems. His research is modernizing the way the U.S. Army, U.S. Air Force, NASA, and the Department of Energy test and evaluate their systems, leading to safer and more reliable products and technologies.”

“I was Jeff’s 29th student, but probably the first with a pure engineering background. He treated me differently from the others. He was excited to hear about the problems I encountered in industries, and he gave me the freedom to work on them. He was able to instill a passion in me for engineering statistics, which has become my profession and career. Jeff has the unique ability to bring the best out of his students. He told me the secret of his success is ‘train each student according to his or her own abilities.’ No wonder he has 49 Ph.D. students who are very successful in their careers, and many of them are now leaders in their fields.”

“Inviting Professor Wu as co-PI [on a $2 million National Science Foundation-funded grant in the Emerging Frontiers and Research Innovation program] has been the best decision I have ever made during my 20 years at Georgia Tech. Among my experiences with colleagues at Tech, Professor Wu stands out through the enormous impact he has made in my domain, his irreplaceable courses for graduate students, and the way he has helped to propel my lab into a new and exciting direction.”

Professor and Director of the High Performance Building Lab

“Professor Wu is my personal hero. He inspired me to become a professor and helped me at every major juncture of my career. His kind support has significantly accelerated my professional development. I use what I learned from him to support my own students. I told my students the reason I care about their professional development is because Professor Wu did the same for me.” 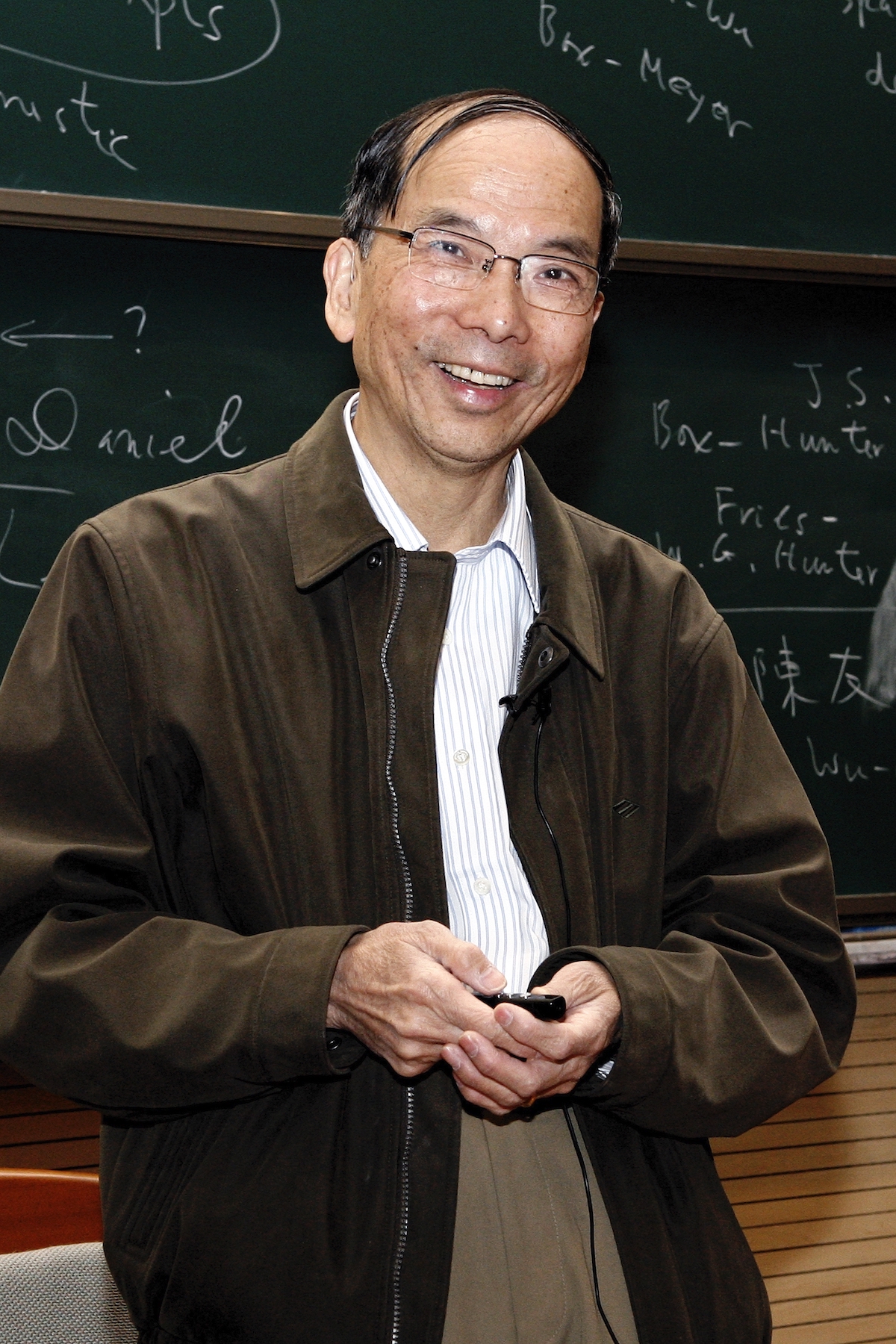 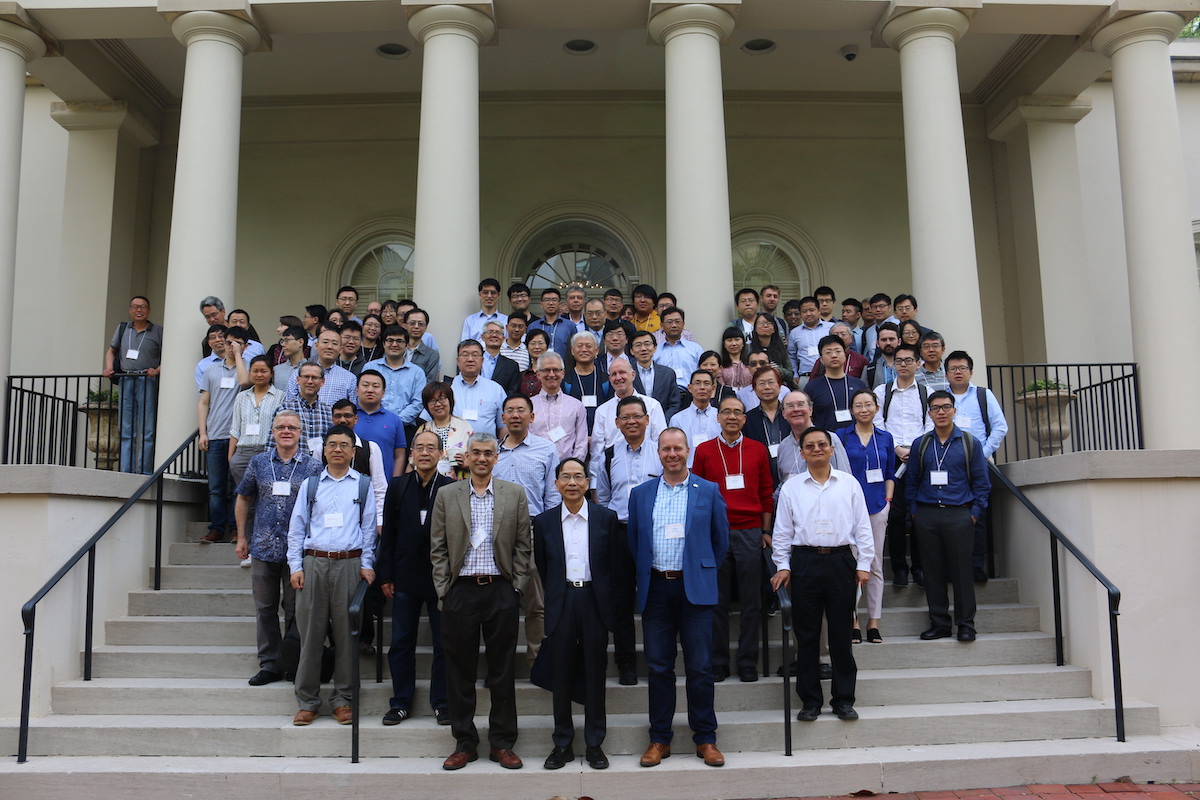 Professor Jeff Wu (center of front row) is joined by more than 100 statisticians and engineers for WuFest, a 2019 celebration of his impressive career and his 70th birthday.