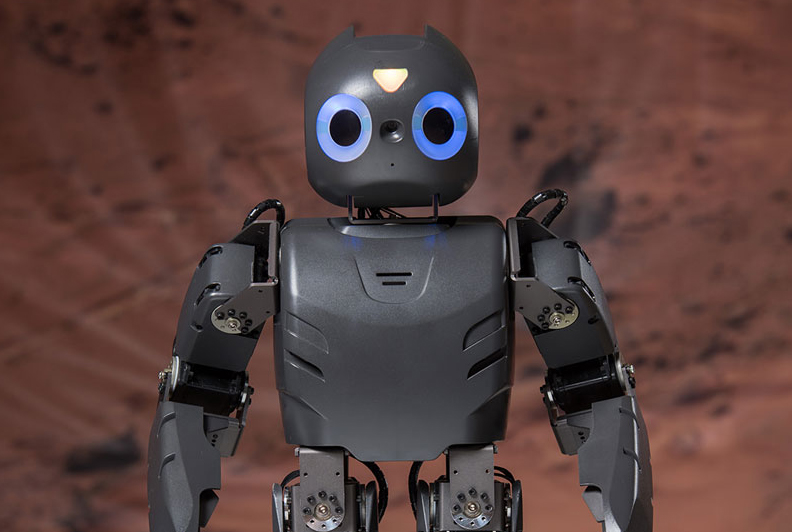 Dang robots are crummy at so many jobs, and they tell lousy jokes to boot. In two new studies, these were common biases human participants held toward robots.

The studies were originally intended to test for gender bias, that is, if people thought a robot believed to be female may be less competent at some jobs than a robot believed to be male and vice versa. The studies' titles even included the words "gender," "stereotypes," and "preference," but researchers at the Georgia Institute of Technology discovered no significant sexism against the machines.

“This did surprise us. There was only a very slight difference in a couple of jobs but not significant. There was, for example, a small preference for a male robot over a female robot as a package deliverer,” said Ayanna Howard, the principal investigator in both studies. Howard is a professor in and the chair of Georgia Tech’s School of Interactive Computing.

Although robots are not sentient, as people increasingly interface with them, we begin to humanize the machines. Howard studies what goes right as we integrate robots into society and what goes wrong, and much of both has to do with how the humans feel around robots.

“Surveillance robots are not socially engaging, but when we see them, we still may act like we would when we see a police officer, maybe not jaywalking and being very conscientious of our behavior,” said Howard, who is also Linda J. and Mark C. Smith Chair and Professor in Bioengineering in Georgia Tech’s School of Electrical and Computer Engineering.

“Then there are emotionally engaging robots designed to tap into our feelings and work with our behavior. If you look at these examples, they lead us to treat these robots as if they were fellow intelligent beings.”

It’s a good thing robots don’t have feelings because what study participants lacked in gender bias they more than made up for in judgments against the humanoid robots' competence. That predisposition was so strong that Howard wondered if it may have overridden any potential gender biases against robots – after all, social science studies have shown that gender biases are still prevalent with respect to human jobs, even if implicit.

In questionnaires, humanoid robots introduced themselves via video to randomly recruited online survey respondents, who ranged in age from their twenties to their seventies and were mostly college-educated. The humans ranked robots’ career competencies compared to human abilities, only trusting the machines to competently perform a handful of simple jobs.

“The results baffled us because the things that people thought robots were less able to do were things that they do well. One was the profession of surgeon. There are Da Vinci robots that are pervasive in surgical suites, but respondents didn’t think robots were competent enough,” Howard said. “Security guard – people didn’t think robots were competent at that, and there are companies that specialize in great robot security.”

The researchers could not say where the competence biases originate. Howard could only speculate that some of the bad rap may have come from media stories of robots doing things like falling into swimming pools or injuring people.

Despite the lack of gender bias, participants readily assigned genders to the humanoid robots. For example, people accepted gender prompts by robots introducing themselves in videos.

Some robots greeted people by saying “Hi” in a neutral sounding voice, and still, most participants assigned the robot a gender. The most common choice was male followed by neutral then by female. For Howard, this was an important takeaway from the study for robot developers.

“Developers should not force gender on robots. People are going to gender according to their own experiences. Give the user that right. Don’t reinforce gender stereotypes,” Howard said.

Some in the field advocate for not building robots in humanoid form at all in order to discourage any kind of humanization, but the Georgia Tech team takes a less stringent approach.

"There is no single one-size-fits-all answer on whether it is appropriate to design robots to look like human beings.  It depends on a variety of ethical considerations and other factors, including whether people might trust a robot too much if it has a human-like appearance," said Jason Borenstein, a co-principal investigator on one of the papers and an ethics researcher in Georgia Tech's School of Public Policy.

“Robots can be good for social interaction. They could be very helpful in elder care facilities to keep people company. They might also make better nannies than letting the TV babysit the kids,” said Howard, who also defended robots’ comedic talent, provided they are programmed for that.

“If you ever go to an amusement park, there are animatronics that tell really good jokes.”

The two studies were submitted to conferences that were canceled due to COVID-19.

Why Should We Gender? The Effect of Robot Gendering and Occupational Stereotypes on Human Trust and Perceived Competency was published in Proceedings of 2020 ACM Conference on Human-Robot Interaction (HRI’20), which appeared in March 2020. Robot Gendering: Influences on Trust, Occupational Competency, and Preference of Robot Over Human appeared in CHI 2020 Extended Abstracts (computer-human interaction, DOI: 10.1145/3334480.3382930).

The research was funded by the National Science Foundation and by the Alfred P. Sloan Foundation.

Also read: Surfaces that grip like gecko feet may come to an assembly line near you 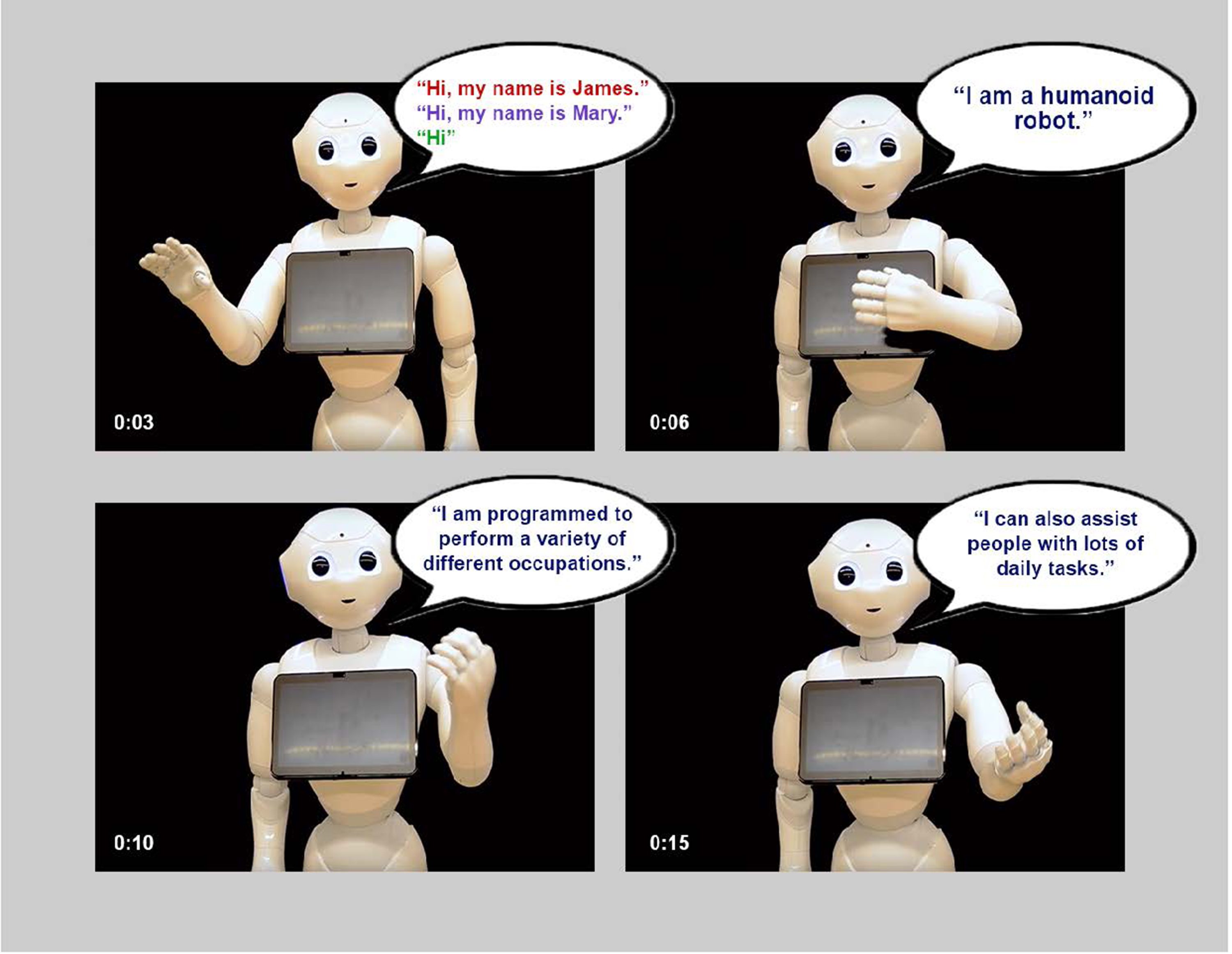 Robots introduced themselves to survey-takers with a greeting that indicated a gender or left it out. Most people accepted genders from the former and usually assigned a gender to robots that did not indicate a gender. Credit: Georgia Tech / Ayanna Howard lab 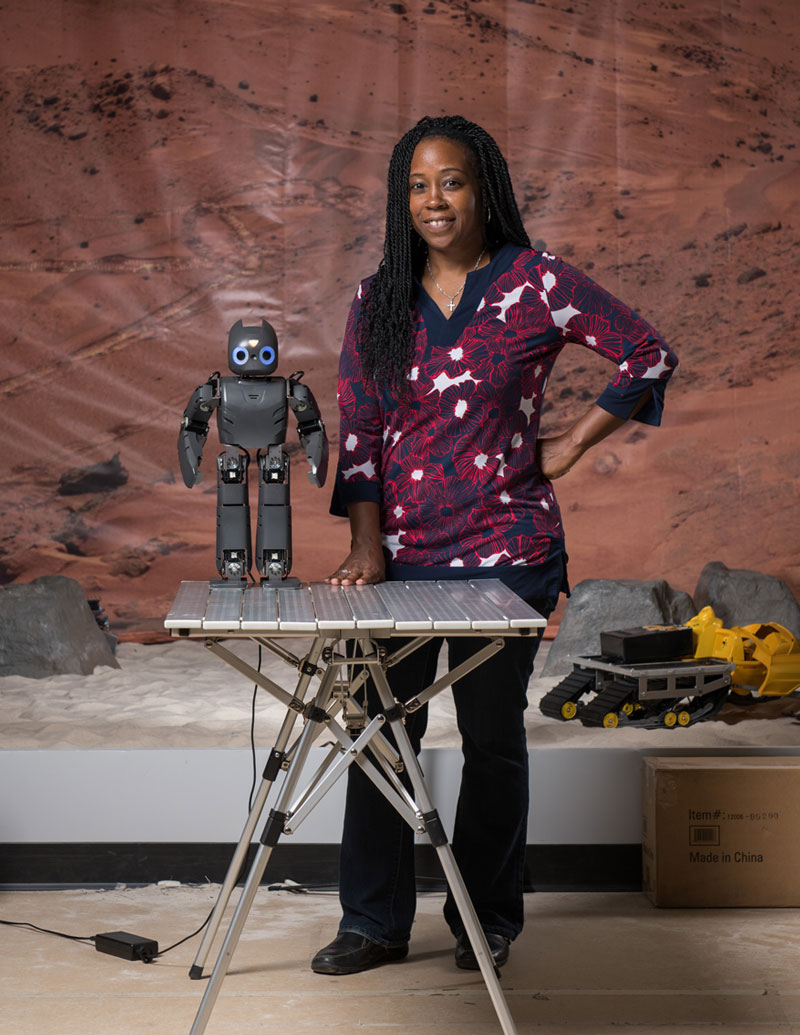 Ayanna Howard, the two studies' principal investigator. Here, for a past study, she is using a socially engaging robot to interact with children who are having difficulty with mathematics. The robot uses knowledge from real teachers to help children with common math problems. Georgia Tech / Rob Felt