Can We Talk About Race — and Racism? Yes.

Conversations about race emerge from the shadows. 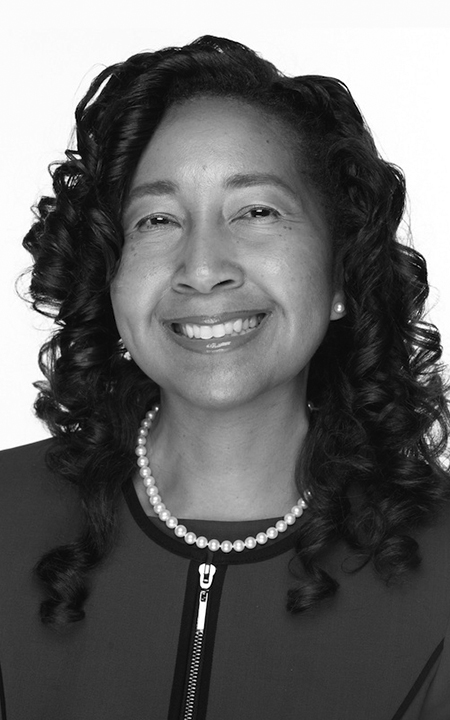 Hughes-Troutman is director of the Center for Assessment, Referral, and Education (CARE).

Generations of Black and African American parents have had “the race talk” with their children. It’s an uncomfortable but necessary conversation about how to behave in public, how to act around white people, and especially how to interact with the police. Outside of minority households, the subject of race has largely been considered taboo — or not considered at all. But, since the killing of George Floyd in Minneapolis, Minnesota, on May 25, conversations about race are emerging from the shadows and taking many different forms.

“A lot of people would like to talk about race, racial inequality, and the impact of racism, but don’t know where to start,” said Tiffiny Hughes-Troutman, licensed psychologist and director of the Center for Assessment, Referral, and Education (CARE) at Georgia Tech. “Some worry that others won’t understand their points of view or fear that what they say might be offensive to others. Also, individuals may be confused about how to be an ally and supporter and how to make an impact in a positive, meaningful way.”

That’s the position Steve McLaughlin found himself in until a few years ago. McLaughlin, dean and Southern Company Chair of the College of Engineering, said that he is like many white people when it comes to talking about race: cautious because he doesn’t want to say the wrong thing.

“There are your intentions, and then there’s how it’s received,” he said. “The fear of saying the wrong thing is so strong. It’s such a block to making a difference and to being able to work on the things you feel strongly about.”

McLaughlin said that throughout his adult life he has considered himself an ally of groups that sometimes feel marginalized or misunderstood. He thought it was enough to see himself as nonracist. His thinking changed when the son he and his wife adopted from Guatemala as a baby entered his teen years.

“I started to see how the world treated him and processed him and, quite honestly, didn’t process him because they didn’t see him. Or didn’t want to see him,” McLaughlin said. “He was raised as we would have raised any other child. Then all of a sudden the world starts to just process him differently. I became more attuned to some of the things that African Americans and Latinos experience — everyday microaggressions and racism. I became more passionate. And, I decided I need to speak up.”

McLaughlin said he is still trying to find his voice in terms of race. He posts on social media about his journey, and he shared his experiences with Transformative Narratives, a digital story library curated by the Office of Institute Diversity, Equity, and Inclusion (IDEI).

“I did it rather quietly at first,” he said. “I was the chair of the School of Electrical and Computer Engineering, then came into this role as dean and realized I have a platform. I can pick the things I think are important to talk about, and this is one of them.”

When trying to start a conversation about race, Hughes-Troutman suggests starting small.

“There is great potential in intergroup dialogue that leverages diversity and creates opportunity for connection among large groups,” she said, “but I would suggest starting on an individual level and creating a safe space with friends, colleagues, or co-workers you genuinely care about and whose lives and experiences you are sincerely interested in learning about.”

“I want you to call me because you really care about me. Don’t call just because you think you should join the conversation about race,” said Ray, associate dean of students and director of Student Diversity Programs in the Division of Student Life.

Ray added that people should not expect their Black colleagues to be the only ones talking about or even leading the conversation. “Everyone has a responsibility to do some heavy lifting,” she said.

McLaughlin is determined to do his part.

“I have African American colleagues with whom I have close enough relationships to initiate the race talk and feel uninhibited in both directions,” he said. “I haven’t had many, but a few, that I could really have a direct conversation about race and not feel worried. I want to get more and more comfortable talking about it.”

Current Climate and What’s Next

Ongoing political protests against police brutality and systemic racism, combined with the anxiety of dealing with the Covid-19 pandemic, are having a significant impact on students, according to Hughes-Troutman.

“Students share feelings of anger, frustration, sadness, and grief as they process these complex emotions and focus on other milestones, experiences, and events,” she said. “The Covid-19 pandemic is incredibly stressful, and many students are grieving many losses — losses of lives through death, and the loss of their former lifestyle.”

Even when looking at the intersection of racism and Covid-19, Hughes-Troutman is optimistic because of the nature of the conversations taking place.

“I certainly hope it’s a turning point,” she said. “This is a time for racial healing, and these conversations are more important than ever. Dialogue, affirmation and connectedness, and a sense of purpose and agency are ways to move us forward.”

McLaughlin wants to keep the conversation going, and make the most of it. He said the College of Engineering has been talking with student groups and will be collaborating with IDEI to prioritize what can be done within the College to improve the climate in a short time.

“These moments seem to come and go, and people move on to something else,” McLaughlin said. “I’m determined to not let this moment pass.”

Ray suggests that applying Georgia Tech’s spirit of “We can do that” is the approach to take when addressing race-related issues.

“Look at all of the research Georgia Tech does. If we are willing to put in the hard work for STEM, we should be willing to work hard to improve the human condition — which is part of our new mission statement,” Ray said. “Let’s put these great minds together to do the work needed, not only for Georgia Tech, but for the world.” 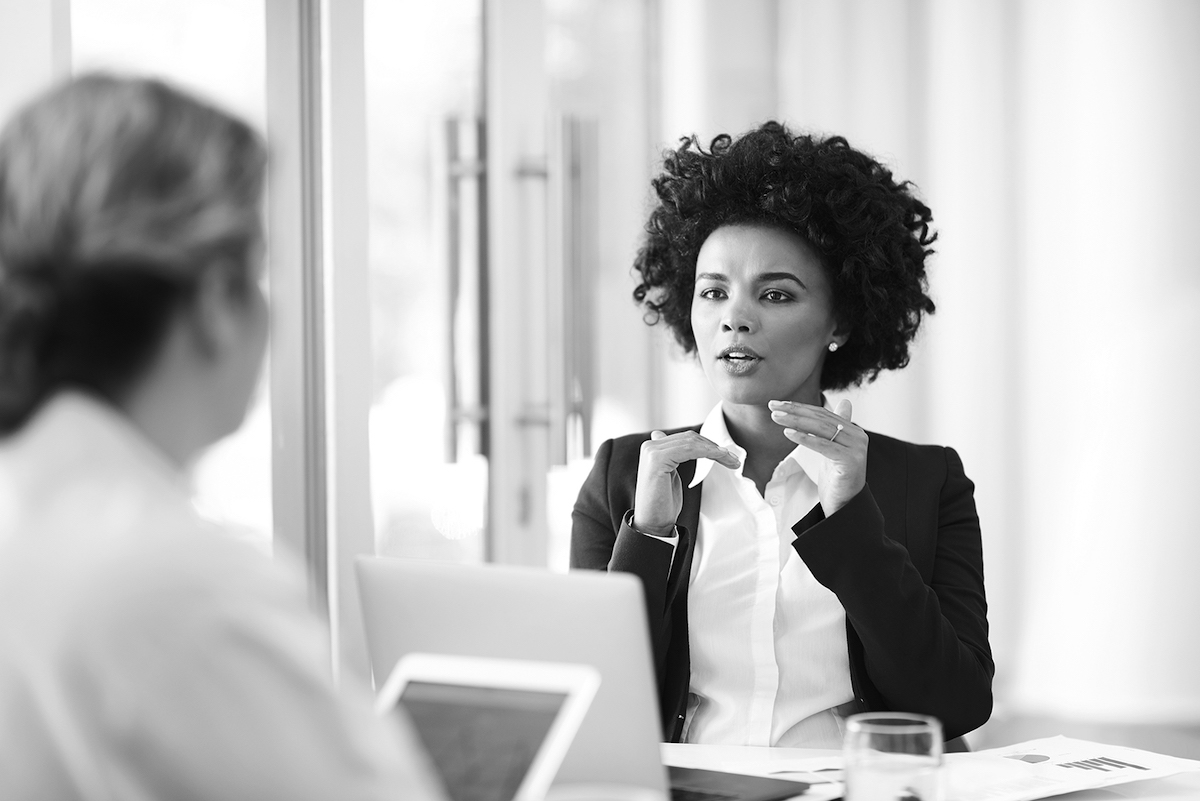 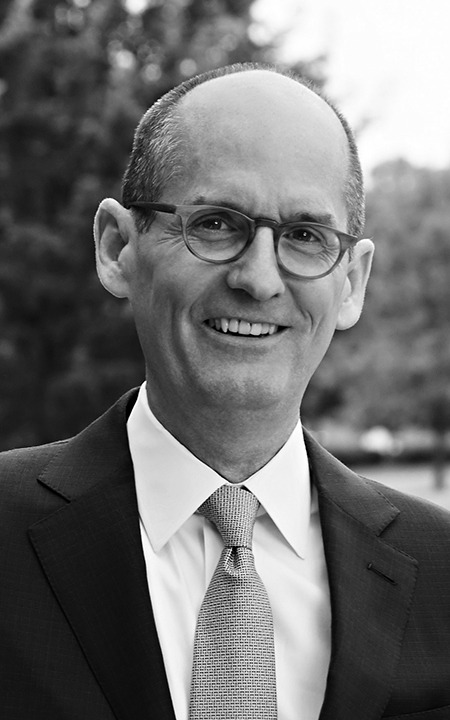 Steve McLaughlin is dean and Southern Company Chair of the College of Engineering. 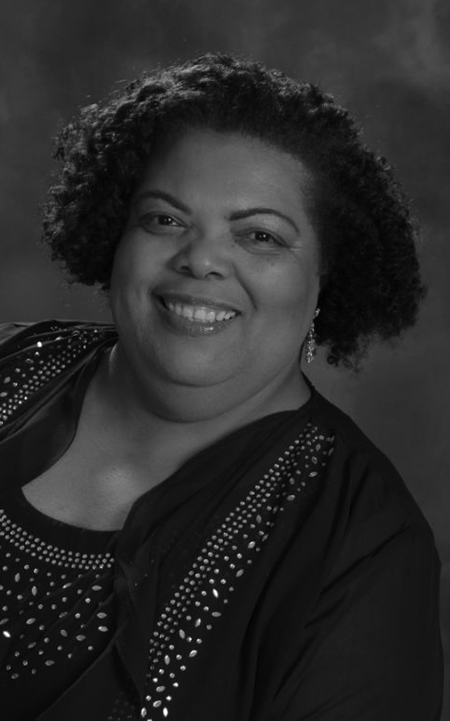 Stephanie Ray is associate dean of students and director of Student Diversity Programs in the Division of Student Life.

Suggestions for Beginning the Race Talk, from Tiffiny Hughes-Troutman, licensed psychologist and director of the Center for Assessment, Referral, and Education (CARE):

Start small. Create a safe space with friends, colleagues, or co-workers whom you genuinely care about and whose lives and experiences you are sincerely interested in learning about.

Acknowledge the difficulty of the conversation and validate the other person’s feelings, whether it’s shock, sadness, anger, confusion or shared discomfort.

Own your motivation for the conversation, and identify the goals acknowledging that people are in different places when it comes to their understanding of racial justice issues. A basic goal may be to gain some sense of understanding.

Engage in your own work to understand the privilege that shapes one’s worldview and educate yourself on the things you need to personally learn and unlearn in order to be a better advocate.

Understand one’s racial and cultural identity by making the invisible visible. Become aware of your own values, biases, assumptions, and worldviews.

Acknowledge and be open to admitting racial biases. Addressing one’s own personal biases is more than an intellectual exercise of attending workshops and reading books. It comes from lived reality and experiences that require frequent interaction with people who differ from you with respect to race, culture, and ethnicity.

Don’t allow a difficult dialogue to brew in silence. Sometimes you reach an impasse or a deadlock. Although teachable moments sometimes take time, there’s power in calling out an impasse and sitting in that discomfort.

Validate and express appreciation to those who speak when it’s unsafe to do so. “As a psychologist, I often espouse the value of creating a safe space for race-based conversations but recognize that what constitutes a safe space for one group is different from what another group defines as safe,” said Hughes-Troutman.

July 1-2: Community Healing Through Storytelling: Breaking Through the Armor of Our Hearts (Brave & Heartfelt Stories About Race by African Heritage and White Campus Colleagues)

July 16, 11 a.m. to 12:30 p.m.: “Race at Georgia Tech: A Call to Action”– Open to the campus community, this is a panel discussion on the lived experiences of Black and non-Black faculty, students, and staff. (First of a continued series.)

August 7: Stories We Live Workshop- Learn to Excavate Your Diversity Stories (for faculty and staff)