Reduced resilience of plant biomes in North America could be setting the stage for the kind of mass extinctions not seen in 13,000 years. 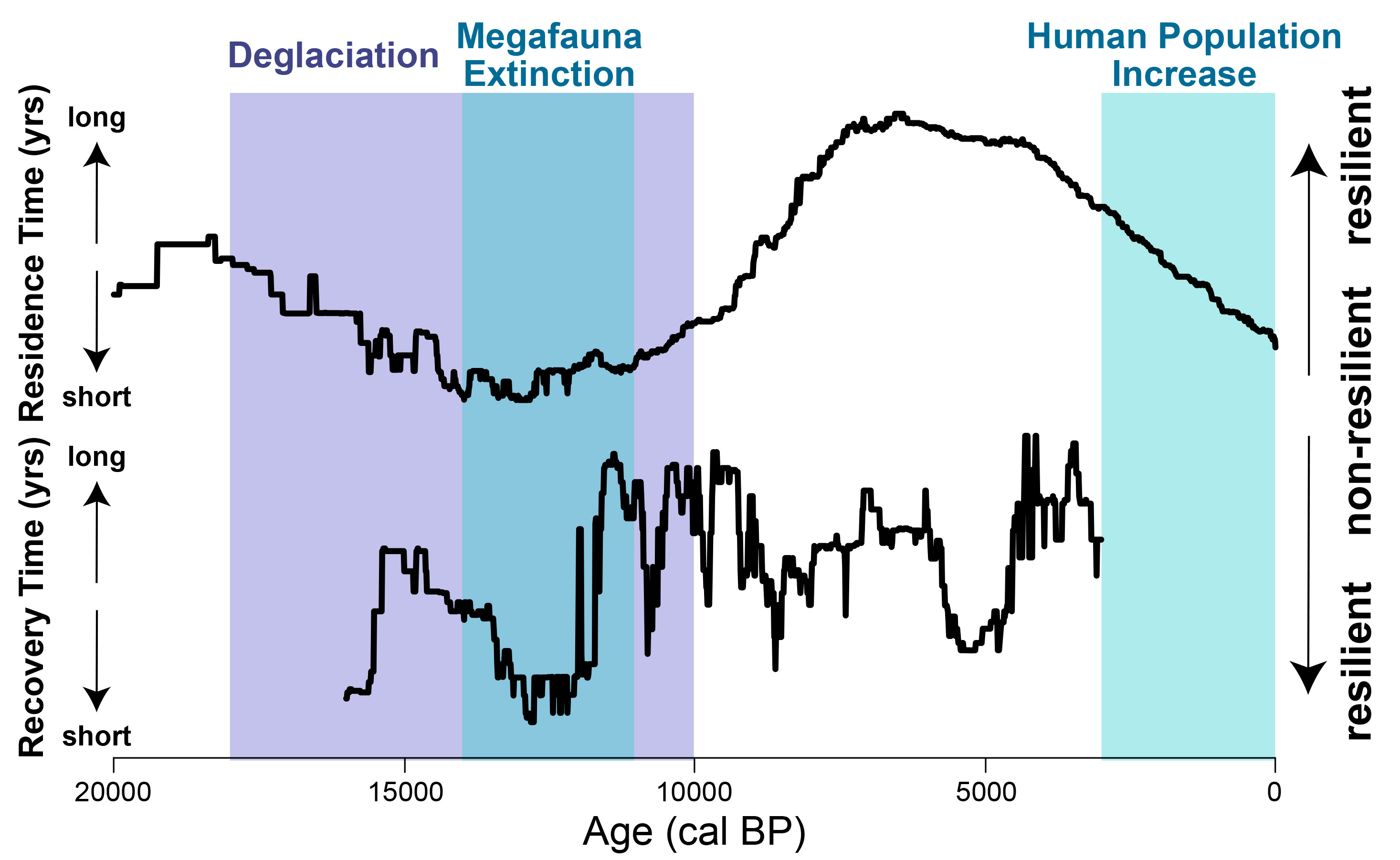 Changes in resilience of North American plant biomes over the past 20,000 years. (Credit: Georgia Tech)

Reduced resilience of plant biomes in North America could be setting the stage for the kind of mass extinctions not seen since the retreat of glaciers and arrival of humans about 13,000 years ago, cautions a new study published August 20 in the journal Global Change Biology.

The warning comes from a study of 14,189 fossil pollen samples taken from 358 locations across the continent. Researchers at the Georgia Institute of Technology used data from the samples to determine landscape resilience, including how long specific landscapes such as forests and grasslands existed – a factor known as residence time — and how well they rebounded following perturbations such as forest fires — a factor termed recovery.

The research, supported by the National Science Foundation, is believed to be the first to quantify biome residence and recovery time over an extended period. The researchers studied 12 major plant biomes in North America over the past 20,000 years using pollen data from the Neotoma Paleoecology Database.

“We find that the retreat of North American glaciers destabilized ecosystems, causing large herbivores — including mammoths, horses, and camels — to struggle for food supplies,” said McGuire, an assistant professor in Georgia Tech’s School of Biological Sciences and School of Earth and Atmospheric Sciences. “That destabilization combined with the arrival of humans in North America to land a one-two punch that resulted in the extinction of large terrestrial mammals on the continent.”

The researchers found that landscapes today are experiencing resilience lower than any seen since the end of the Pleistocene megafauna extinctions.

“Today, we see a similarly low landscape resilience, and we see a similar one-two punch: humans are expanding our footprint and climates are changing rapidly,” said Wang, a postdoctoral researcher who led the study. “Though we know that strategies exist to mitigate some of these effects, our findings serve as a dire warning about the vulnerability of natural systems to extinction.”

By studying the mix of plants represented by pollen samples, the researchers found that over the past 20,000 years, forests persisted for longer than grassland habitats — averaging 700 years versus about 360 years, though they also took much longer to reestablish after being perturbed — averaging 360 years versus 260 years. “These findings were somewhat surprising,” said McGuire. “We had expected biomes to persist much longer, perhaps for thousands of years rather than hundreds.”

The research also found that forests and grasslands transition quickly when temperatures are changing fast, and that they recover most rapidly if the ecosystem contains high plant biodiversity. Yet not all biomes recover; the study found that only 64% regain their original biome type through a process that can take up to three centuries. Arctic systems were least likely to recover, the study found.

Landscape resilience, the ability of habitats to persist or quickly rebound in response to disturbances, has helped maintain terrestrial biodiversity during periods of climatic and environmental changes, the researchers noted.

“Identifying the tempo and mode of landscape transitions and the drivers of landscape resilience is critical to maintaining natural systems and preserving biodiversity given today's rapid climate and land use changes,” the authors wrote. “However, resilient landscapes are difficult to recognize on short time scales, as perturbations are challenging to quantify and ecosystem transitions are rare.”

Contrary to prevailing ecological theory, the researchers found that pollen richness — indicating diversity of species — did not necessarily correlate with residence time. Ecological theory suggests that biodiversity increases ecosystem resilience by improving "functional redundancy,” allowing a system to maintain stability even if a single or several species are lost. “But species richness does not necessarily reflect functional redundancy, and as a result may not be correlated with ecosystem stability,” the researchers wrote.

The Neotoma Paleoecology Database contains fossil pollen and spores that are ubiquitous in lake and mire sediments. Collected through core sampling, the samples represent a wide diversity of plant taxa and cover an extended period of time.

Though the effects of climate change and human environmental impacts don’t bode well for the future of North American plant biomes, there are ways to address it, Wang said. “We know that strategies exist to mitigate some of these effects, such as prioritizing biodiverse regions that can rebound quickly and increasing the connectivity between natural habitats so that species can move in response to warming.”

This work was supported by the National Science Foundation (NSF) Grants DEB 1655898 and SGP 1945013. Any opinions, findings, and conclusions or recommendations expressed in this material are those of the authors and do not necessarily reflect the views of the NSF. 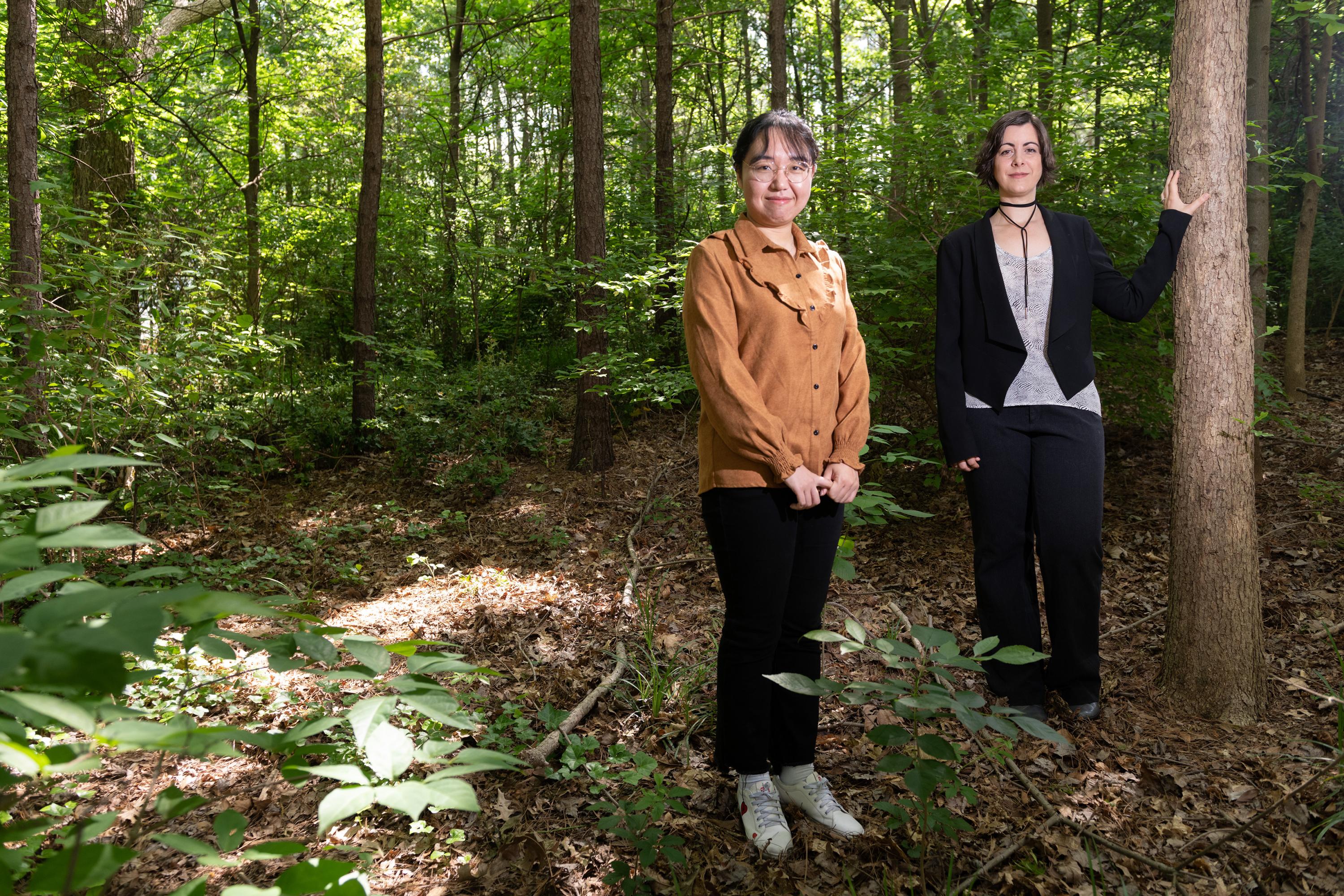 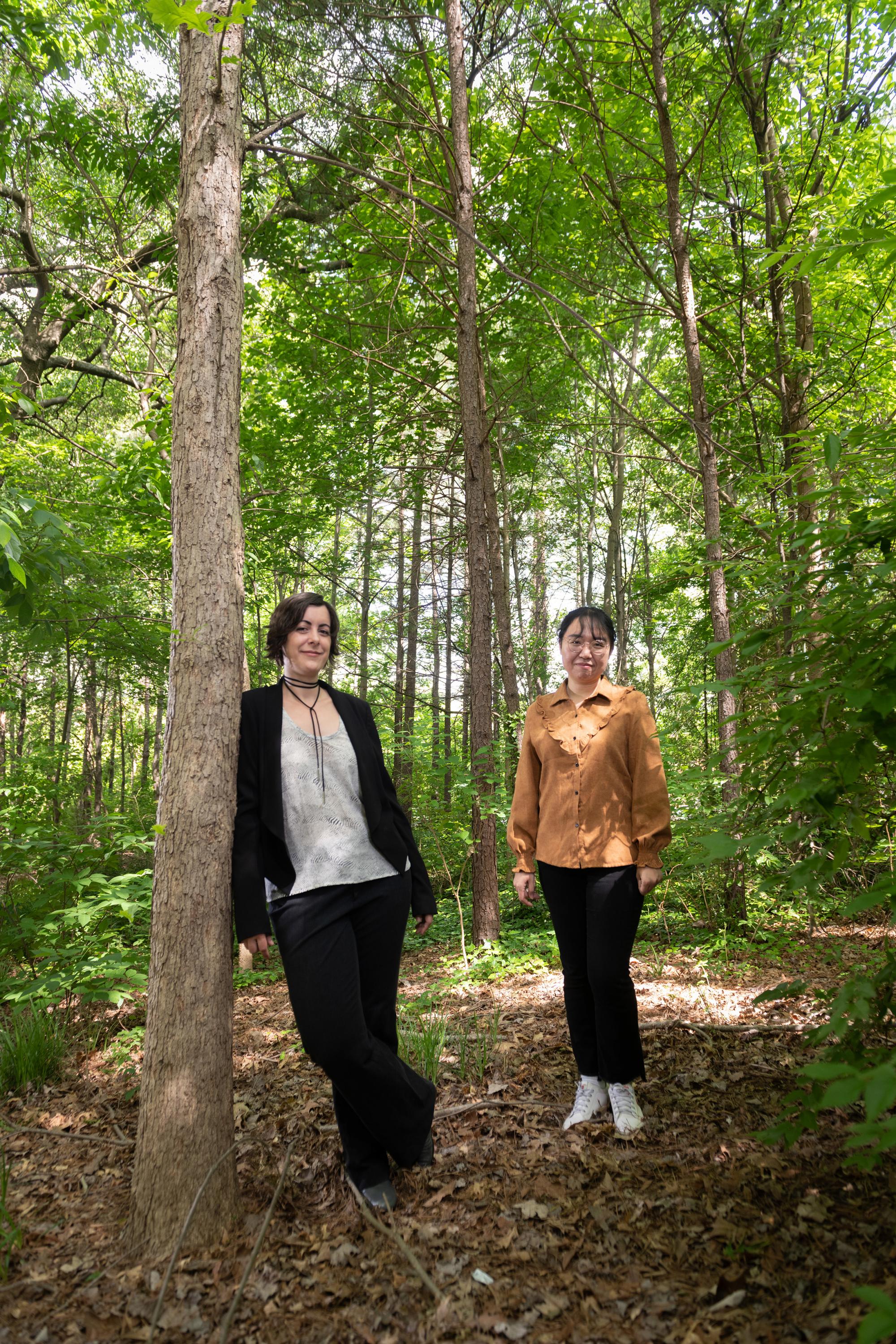