Atlanta E3 Awards recognize projects and organizations for developing clean technology that protects the environment and enhaces the economy. 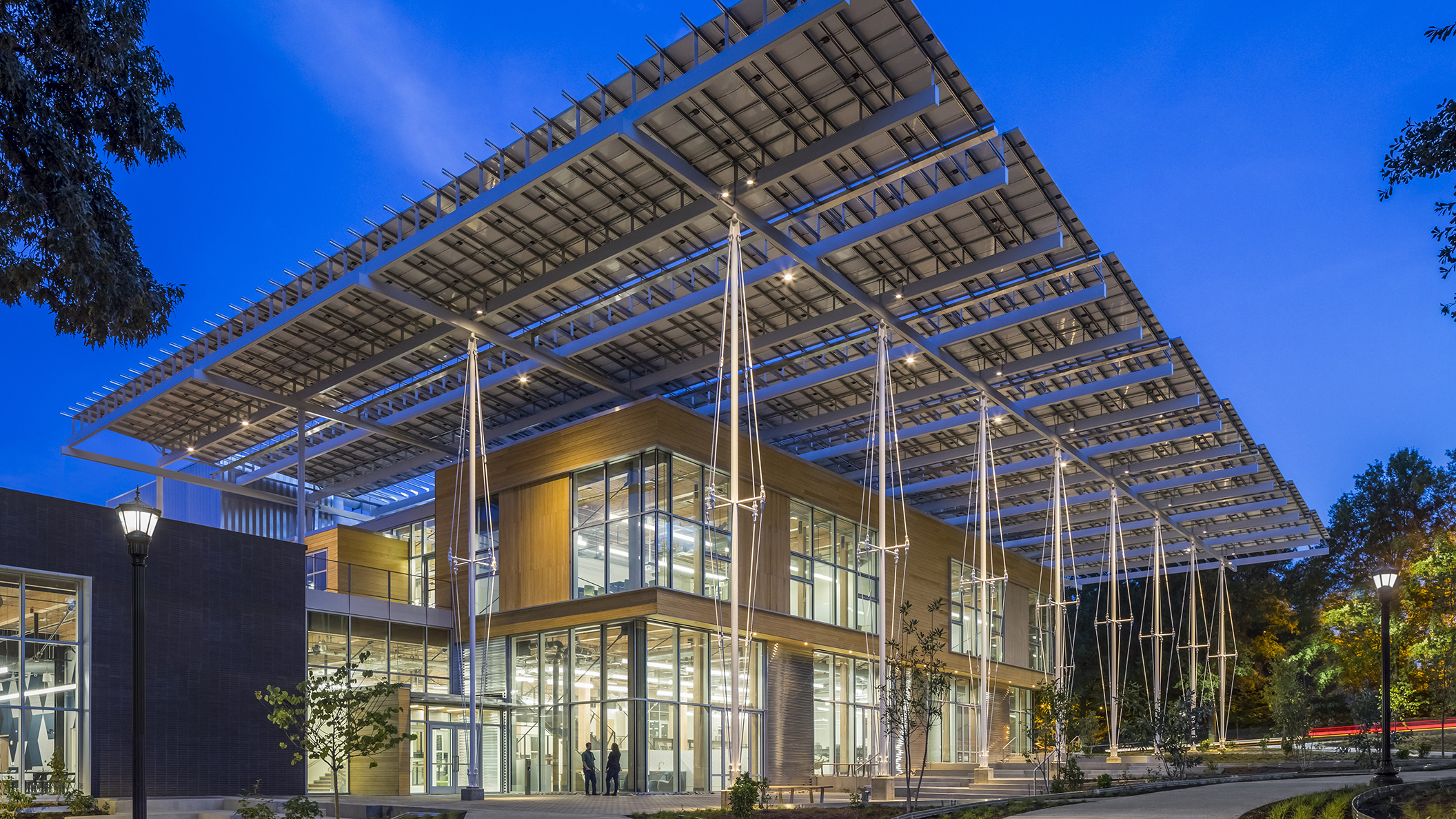 Metro Atlanta’s business community has recognized The Kendeda Building for Innovative Sustainable Design as one of the region’s most innovative projects at the intersection of sustainability and commerce.

“The Kendeda Building was built to inspire change, not just on Georgia Tech’s campus, but across the Southeast building industry,” said Shan Arora, the building’s director. “We are honored that the region’s leaders have recognized the building for demonstrating what is possible in terms of buildings that return more to the environment and people than they take.”

The Metro Atlanta Chamber selects a handful of projects each year that prove doing the right thing by the environment is not at odds with making a profit. The awards celebrate collaboration, problem-solving, and making a positive difference for the region.

“This year’s Atlanta E3 winners represent the very best of the cutting-edge companies advancing what sustainability means for metro Atlanta’s businesses and their communities,” said Katie Kirkpatrick, president and CEO of the Metro Atlanta Chamber. “We are thrilled to showcase their impact in the region and in their respective industries.”

The Kendeda Building officially opened for classes in January. The project’s goals extend far beyond sustainability — it’s a regenerative facility that generates its own electricity and collects its own water for onsite consumption. It also diverted virtually all of its construction waste from landfills. The building is in a one-year performance period for Living Building Challenge 3.1 certification.

“Completing The Kendeda Building was just the beginning,” Arora said. “Now we have to apply what we’ve learned across the entire metro Atlanta region so we have the highest-performing buildings in the country.”

Other E3 Award winners this year include: