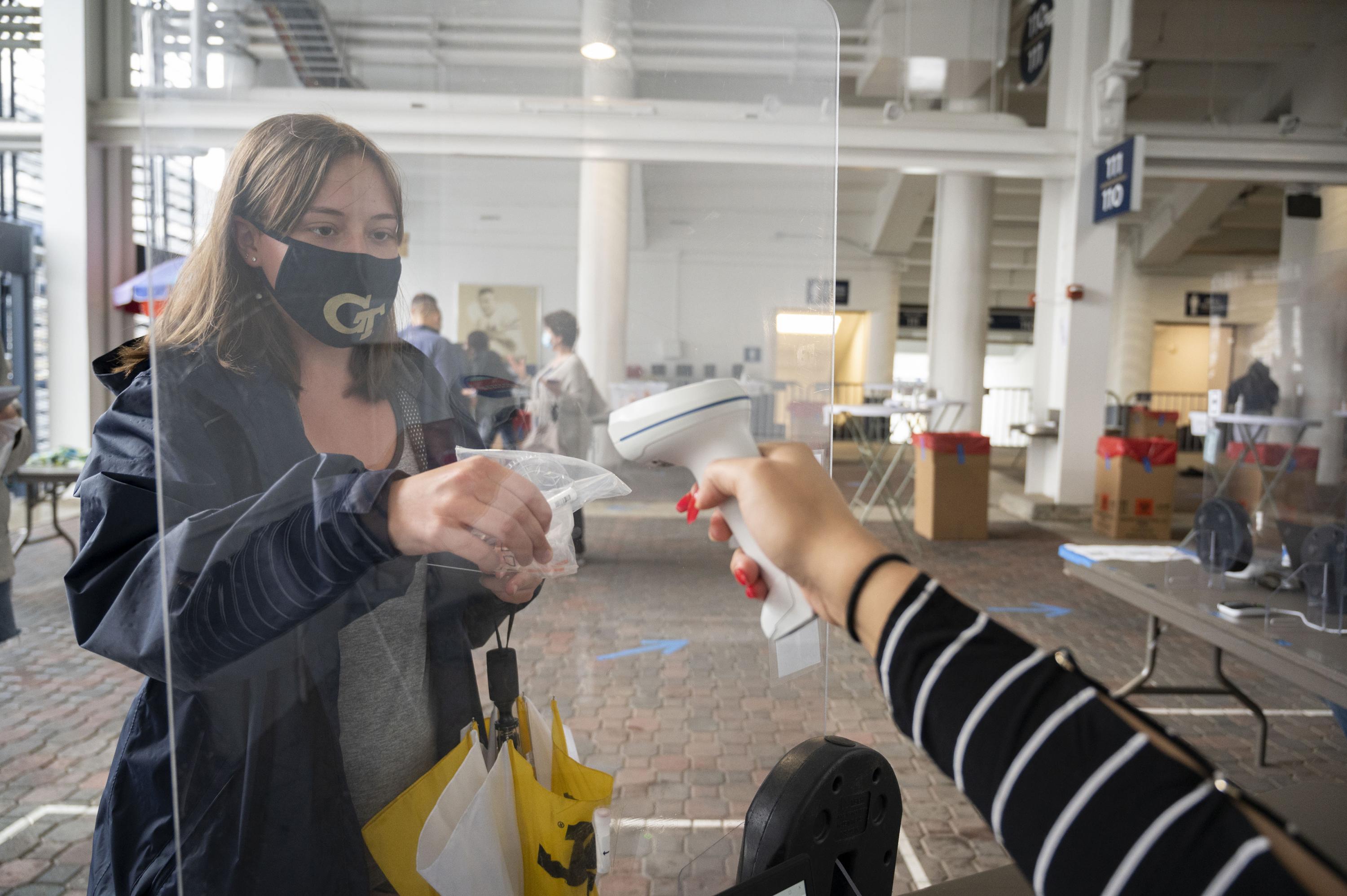 An ambitious campuswide testing program aimed at identifying asymptomatic Covid-19 community members has helped limit daily case counts to single digits at the Georgia Institute of Technology, which currently has approximately 7,400 students living on campus and several thousand more students, faculty, and staff commuting to learn and work there each day.

The saliva-based program was developed by Georgia Tech’s own researchers and as of October 10 had administered more than 75,000 tests since it was launched in August. The program has averaged more than 7,500 tests per week, and has already identified more than 600 individuals who have tested positive for Covid-19. By identifying and isolating those infected as early as possible — before they even suspect they’re ill — the program helps break chains of transmission that would otherwise fuel exponential growth of the highly contagious virus.

Regular testing takes place in multiple campus locations. Data from the testing program has allowed campus scientists to identify developing clusters in student residences and focus mobile testing resources on those hot spots. The testing is part of a comprehensive program that includes mandated masks, physical distancing, traditional contact tracing, conventional diagnostic testing for symptomatic individuals, and awareness campaigns as recommended by the Centers for Disease Control and Prevention.

Testing to Control the Virus

“We’d like to test everybody on campus once a week because it’s very clear that asymptomatic and pre-symptomatic people are transmitting the virus,” said Greg Gibson, a professor of computational genomics in Georgia Tech’s School of Biological Sciences and a leader of the research team that developed the testing program. “The case decline is consistent with what we predicted — and is very encouraging, in many ways even better than we’d hoped.”

After rising past 4% at the start of fall semester in mid-August, Georgia Tech’s percentage of positive cases dropped to less than 0.3% in the two-week period ending October 7. The number of cases reported daily on the campus website has been in single digits during that two-week period.

The strategy behind the asymptomatic testing program grew out of an appreciation of the dynamics behind the virus’s exponential growth — and the major role of asymptomatic and pre-symptomatic people in that spread. If Georgia Tech could identify and isolate most of the new cases popping up each week, they realized, new incidence could be kept at a relatively low level. Aiming to test the majority of the population each week could provide the ability to stay ahead of the virus.

“Through the work of the logistics and laboratory teams, we are now at a stage where rapid surveillance testing is being used as a form of mitigation to help control viral spread,” said Joshua Weitz, a professor in Georgia Tech’s School of Biological Sciences, director of the interdisciplinary Ph.D. in quantitative biosciences, and a leader on the team analyzing surveillance testing data. “Thanks to the incredible work of the logistics and testing community, we have the capacity for comprehensive surveillance testing, so we are getting early warning signs that allow us to detect and respond to outbreaks earlier rather than later.”

Read the rest of the feature article. 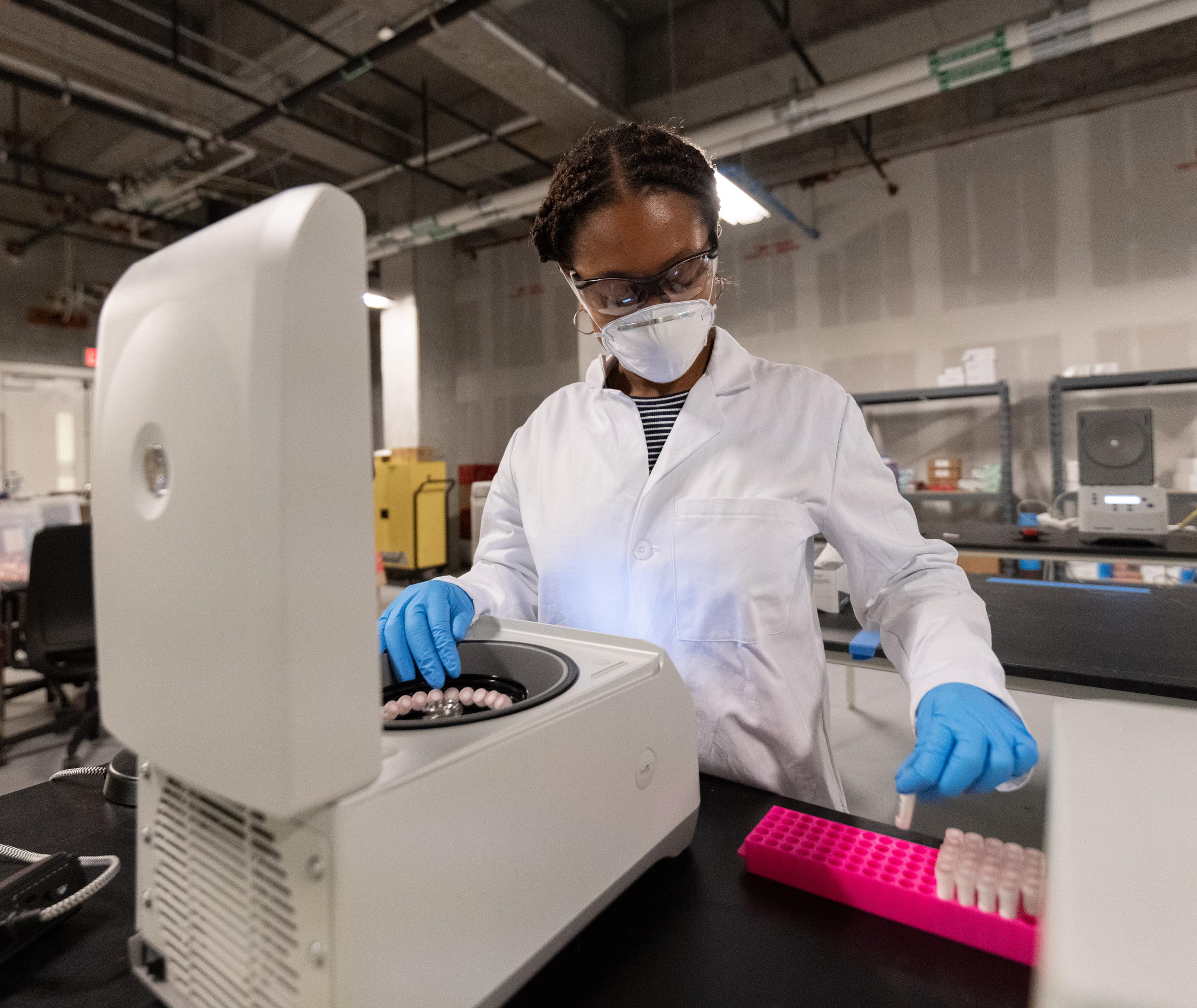