Every four years, the League of American Bicyclists announces the Bicycle Friendly University (BFU) Awards, which not only celebrate bike-friendly campuses but also enhance their existing programs. 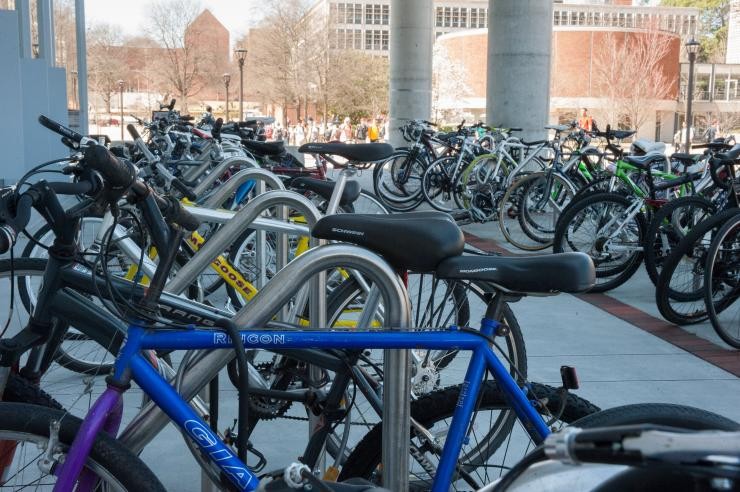 Every four years, the League of American Bicyclists announces the Bicycle Friendly University (BFU) Awards, which not only celebrate bike-friendly campuses but also enhance their existing programs.

The 2020 Awards, announced Feb. 18, highlighted the importance of students’ well-being amid the pandemic. Bill Nesper, executive director of the League of American Bicyclists, commended the 38 institutions — including Georgia Tech — that won a distinction award: “These colleges and universities are leading by example, building healthy environments where people can safely and easily get around by bike, thereby improving the well-being of their community by enabling access to sustainable transportation options.”

Tech was awarded a Gold level BFU designation, which it also received in 2016.

“The feedback from 2016 encouraged us to continue expanding our bike network and connectivity,” said Lisa Safstrom, campus transportation planner at Parking and Transportation Services (PTS), “by offering a diversity of infrastructure, which we have implemented — particularly working with non-campus entities to improve access getting to campus.”

The application process is rigorous and seeks to find not only areas of strength but also areas for improvement. On top of that, applicants have the opportunity to recognize different departments and people on campus that contributed to the enhancement of the bike programs.

With the help of social media and Institute Communications, PTS' bike programs have garnered more attention over the years, and their partnership with the Georgia Tech Police Department and Bike GT has added an online option for bicycle and scooter safety classes. Starter Bikes, a campus group that helps people repair their bikes and sells used ones, also moved its bike sale events to Facebook. These implementations have allowed for sustainable transportation options to be more accessible to students and faculty. PTS has also collaborated with student groups and non-campus entities to improve accessibility on campus. In response to widespread demand, PTS has opened two secure bike rooms within the Dalney and Tech Square Hotel parking decks as well. More secure parking is planned for the future.

Recent changes at the intersection of Ferst Drive and Sixth Street improved interactions among bicycles, cars, and pedestrians in a busy area of West Campus. Exciting upcoming developments near campus  include a Spring Street cycle track and the Fifth Street Complete Streets Project. The Bike League offers feedback to applicants, offering suggestions for improvement on future projects.

In the eight years Safstrom has worked with PTS, she’s seen a change in students’ attitudes toward bike riding as a transportation option.

“The number of students biking to campus has increased steadily over the years, but what might be more significant is that the students have gotten more knowledgeable about what makes good infrastructure and have been more communicative about what programs we should be offering on campus,” she said.

With more improvements aiming to make campus as bike friendly as possible, PTS hopes to reach platinum level BFU distinction in the next round of applications for 2024.

Learn more about bicycle resources on campus at bike.hwb.gatech.edu, the BFU program at bikeleague.org/university, and the PTS bike page at pts.gatech.edu/bicycling-georgia-tech 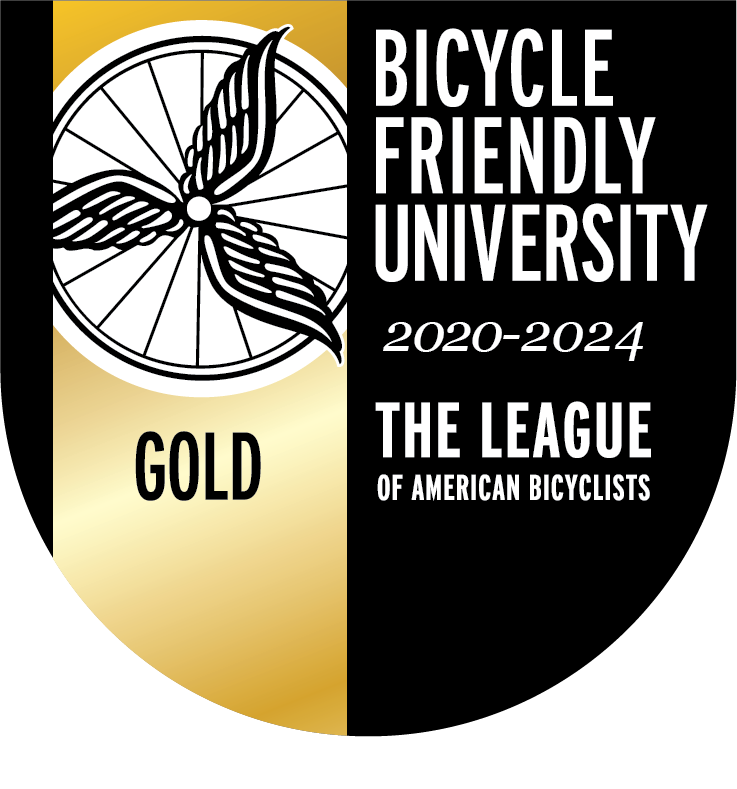 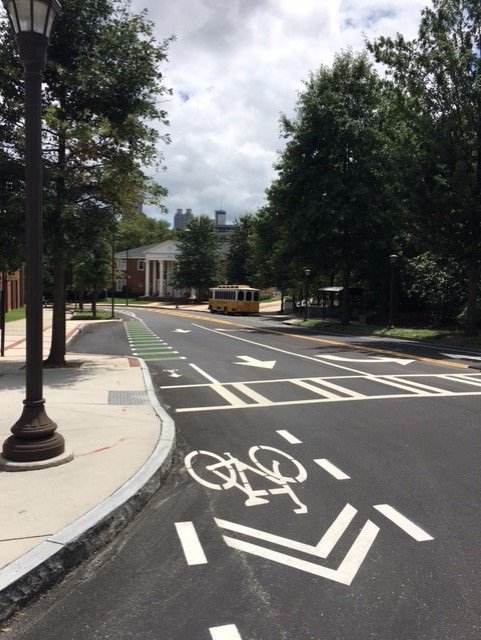