A Breakthrough in the Physics of Blood Clotting

New research by Georgia Tech and Emory University sheds new light on the mechanics and physics of blood clotting and could lead to better ways to treat clotting and bleeding issues. 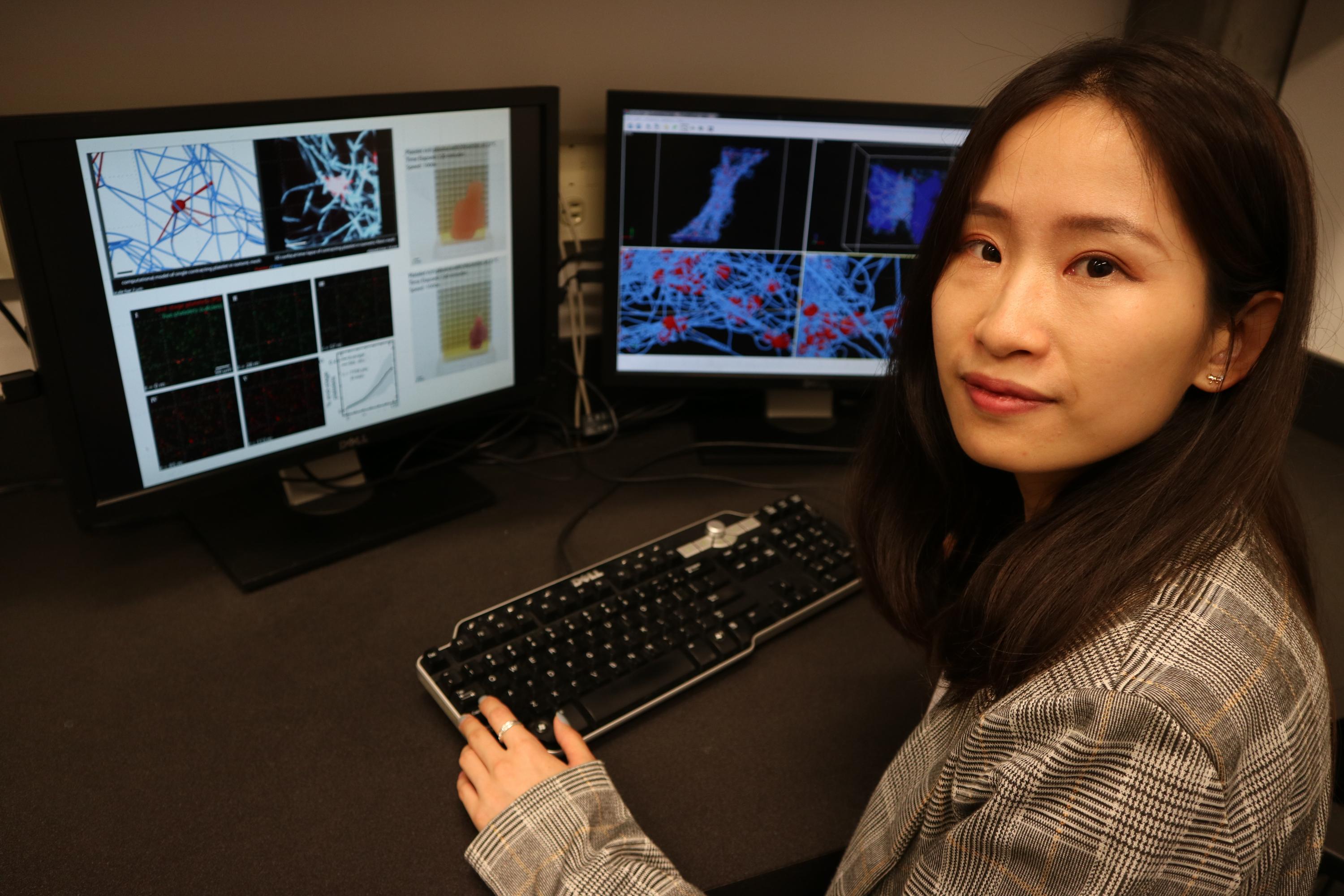 Heart attacks and strokes – the leading causes of death in human beings – are fundamentally blood clots of the heart and brain. Better understanding how the blood-clotting process works and how to accelerate or slow down clotting, depending on the medical need, could save lives.

New research by Georgia Tech and Emory University published in the journal Biomaterials sheds new light on the mechanics and physics of blood clotting through modeling the dynamics at play during a still poorly understood phase of blood clotting called clot contraction.

“Blood clotting is actually a physics-based phenomenon that must occur to stem bleeding after an injury,” said Wilbur A. Lam, W. Paul Bowers Research Chair, in the Department of Pediatrics and the Wallace H. Coulter Department of Biomedical Engineering at Emory University and Georgia Institute of Technology. “The biology is known. The biochemistry is known. But how this ultimately translates into physics is an untapped area.”

And that’s a problem, argues Lam and his research colleagues, since blood clotting is ultimately about “how good of a seal can the body make on this damaged blood vessel to stop bleeding, or when this goes wrong, how does the body accidentally make clots in our heart vessels or in our brain?”

The workhorses to stem bleeding are platelets – tiny 2-micrometer cells in the blood in charge of making the initial plug, said Lam. The clot that forms is called fibrin, which acts as a glue scaffold that the platelets attach to and pull against. Blood clot contraction arises when these platelets interact with this fibrin scaffold. To demonstrate the contraction, the researchers embedded a three-millimeter-sized Jell-O mold of a LEGO figure with millions of platelets and fibrin to recreate a simplified version of a blood clot.

“What we don't know is ‘How does that work?' ‘What's the timing of it so all these cells work together -- do they all pull at the same time?’ Those are the fundamental questions that we worked together to answer,” Lam said.

Lam’s Lab collaborated with Georgia Tech’s Complex Fluids Modeling and Simulation Group headed by Alexander Alexeev, professor and Anderer Faculty Fellow in The George W. Woodruff School of Mechanical Engineering, to create a computational model of a contracting clot. The model incorporates fibrin fibers forming a three-dimensional network and distributed platelets that can extend filopodia, or the tentacle-like structures that extend from cells so they can attach to specific surfaces, to pull the nearby fibers.

When the researchers simulated a clot where a large group of platelets was activated at the same time, the tiny cells could only reach nearby fibrins because the platelets can extend filopodia that are rather short, less than 6 micrometers. “But in a trauma, some platelets contract first. They shrink the clot so the other platelets will see more fibrins nearby, and it effectively increases the clot force,” Alexeev explained. Just due to the asynchronous platelet activity, the force enhancement can be as high as 70% leading to an 90% decrease of the clot volume.

“The simulations showed that the platelets work best when they’re not in total sync with each other,” said Lam. “These platelets are actually pulling at different times and by doing that they’re increasing the efficiency (of the clot).”

This phenomenon, dubbed by the team, asynchronous mechanical amplification, is most pronounced “when we have the right concentration of the platelets corresponding to that of healthy patients,” Alexeev said.

The findings could open medical options for people with clotting issues, said Lam, who treats young patients with blood disorders as a pediatric hematologist in the Aflac Cancer & Blood Disorders Center at Children’s Healthcare of Atlanta.

“If we know why this happens, then we have a whole new potential avenue of treatments for diseases of blood clotting,” he said, emphasizing that heart attacks and strokes occur when this biophysical process goes wrong.

Lam explained that fine tuning this contraction process to make it faster or more robust could help patients who are bleeding from a car accident, or in the case of a heart attack, make the clotting less intense and slow it down.  “Understanding the physics of this clot contraction could potentially lead to new ways to both treat bleeding problems and clotting problems.”

Alexeev added that their research also could lead to new biomaterials such as a new type of Band-Aid that could help augment the clotting process.

First author and Georgia Tech PhD candidate Yueyi Sun says the coolest aspect of this research was the simplicity of the model and the fact that the simulations allowed her and the team to understand how the platelets work together to contract the fibrin clot as they would in the body.

“When we started to include the heterogeneous activation suddenly it gave us the correct volume contraction,” she said. “Allowing the platelets to have some time delay so one can use what the previous ones did as a better starting point was really neat to see. I think our model can potentially be used to provide guidelines for designing novel active biological and synthetic materials.”

Sun agreed with her research colleagues that this phenomenon might occur in other aspects of nature. For example, multiple asynchronous actuators can fold a large net more effectively to enhance packaging efficiency without the need of incorporating additional actuators.

Building on the research, Sun hopes to examine more closely how a single platelet force converts or is transmitted to the clot force, and how much force is needed to hold two sides of a graph together from a thickness and width standpoint. Sun also intends to include red blood cells in their model since red blood cells account for 40% of all blood and play a role in defining the clot size. “If your red blood cells are too easily trapped in your clot, then you are more likely to have a large clot, which causes a thrombosis issue,” she explained.

***
The Georgia Institute of Technology, or Georgia Tech, is a top 10 public research university developing leaders who advance technology and improve the human condition.
The Institute offers business, computing, design, engineering, liberal arts, and sciences degrees. Its nearly 40,000 students, representing 50 states and 149 countries, study at the main campus in Atlanta, at campuses in France and China, and through distance and online learning. 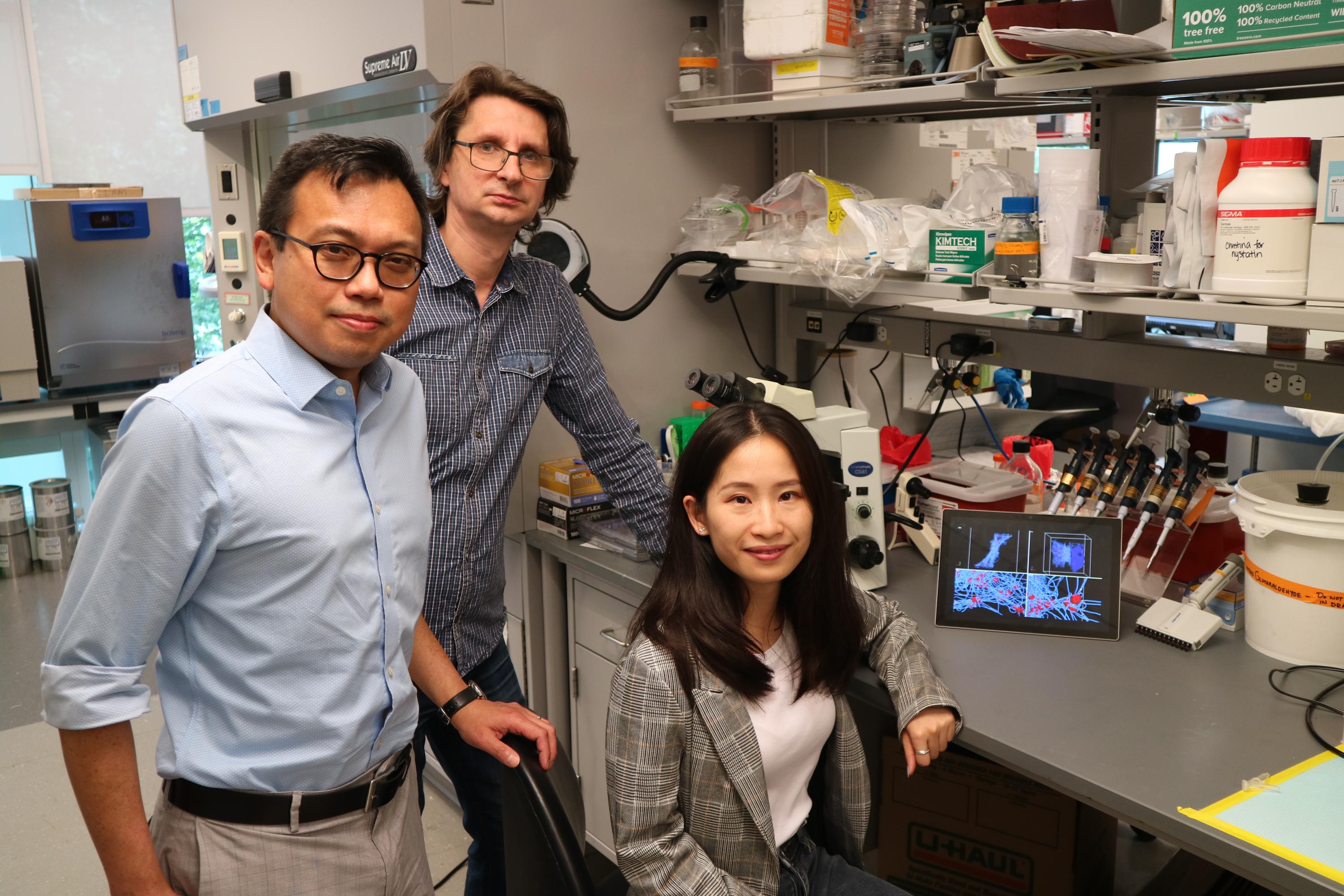